Ross Lovegrove doesn’t like killing time. It is a chore he finds incredibly dull. But because the Welsh-born industrial designer constantly divides his time between his London studio and practically anywhere in the world, it’s hard to imagine he ever has to. “At any one time I’m working on about 30 things,” says Lovegrove, whose constant state of activity is not expressed by flamboyance or hastiness; his aura is more like that of a pragmatic yogi. “I stare and I think a lot—I could be silent for days, but my mind is very active. As a designer, once you’re presented with a problem to solve, it grips you to death. You never stop thinking about it.”

His collected demeanour is framed, though not defined, by his ice-white hair and goatee, and when we meet the day after his keynote speech at IDSwest in Vancouver, his smart black and navy attire is betrayed by his turned-up jean cuffs, blazing white Adidas sneakers, and the sparkle of an earring. The designer’s award-winning career spans three decades, and he didn’t earn his respect by being bland. “I’m looking for the extraordinary in things, in places, in people, in all of that. Rarity for me is everything—not popular culture,” he says, adding cheekily that “popular culture is the demise, but I’m not supposed to say that because it might put me out of a job.”

Lovegrove’s search for the extraordinary is revealed in his work, and he is known for often walking a thin line between industrial designer and natural scientist (he describes his studio as “a constantly changing laboratory of possibility”). His work clearly reflects and replicates the organic and flowing shapes created by life. These designs are also buoyed by his concept of “organic essentialism”: everything should be designed using no more than what is essential to its function or its purpose. The beauteous and practical qualities of natural forms are emulated by Lovegrove as textures in carbon fibre or shapes in hand-beaten copper. The curvature of cells under a microscope, the way a tree branches out to collect sunlight, and the structure of a whale’s vertebrae are inspirations for chairs, street lamps, and bicycles. “I will make the best of anything,” he says. “You could ask me to design anything and I’ll put my heart and soul into it. I could make it really interesting—even anything boring.” 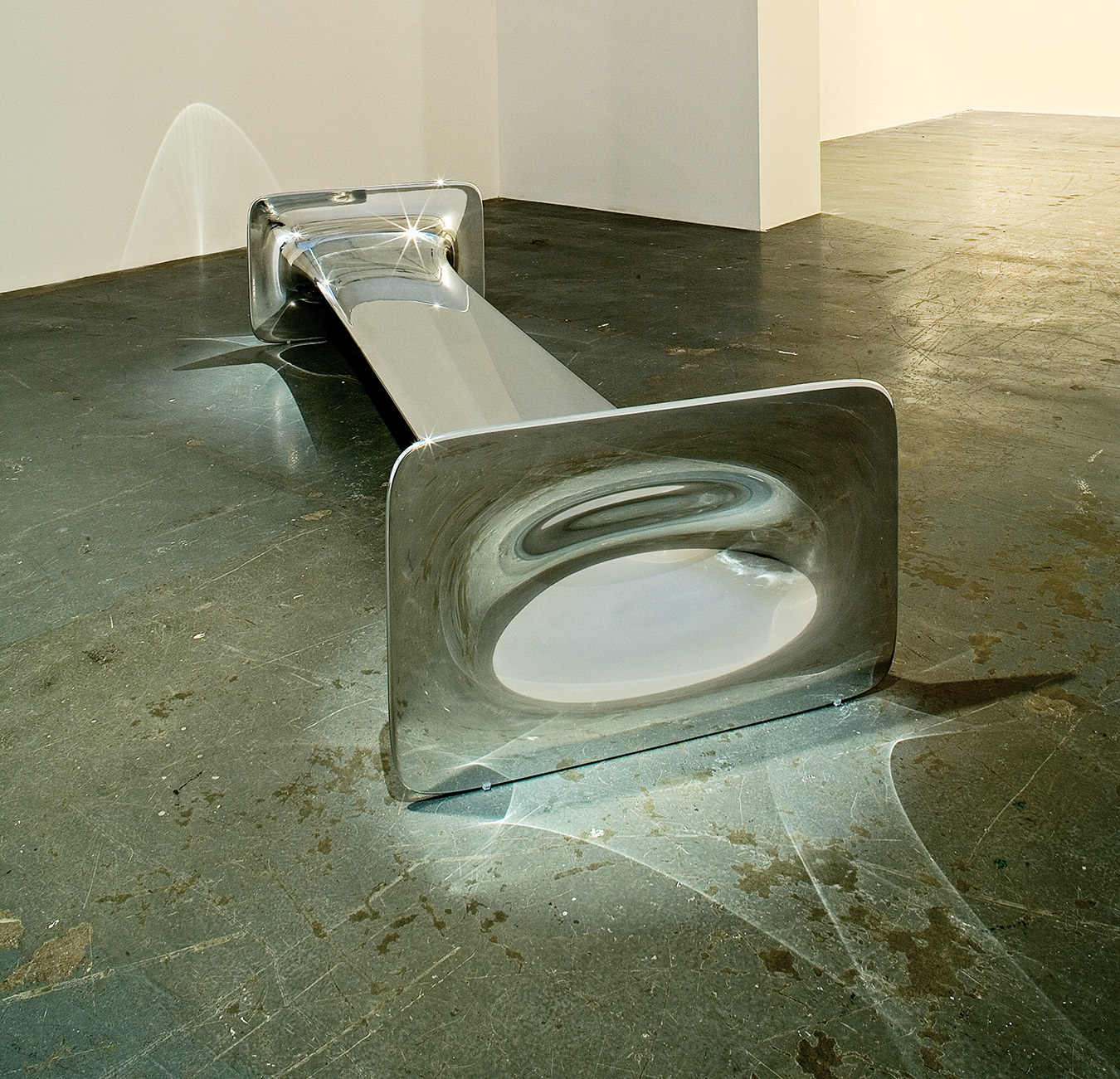 With so much passion, it isn’t surprising that Lovegrove also fancies a life as a sculptor. “When you work for yourself, like an artist would, you don’t owe anybody anything,” he says. “Art is getting something out of you that you don’t have to justify, and in design you constantly have to justify your actions. Which is fine, but there’s something non-instinctive about that.” Last September, the Cardi Black Box gallery in Milan housed Lovegrove’s first Italian solo exhibition, “Endless”, filled with his stretched metallic sculptural pieces; it was a continuance of the same forms that he presented four years earlier in his “Endurance” show, held at the Phillips de Pury & Company gallery in Manhattan’s Chelsea neighbourhood.

Above everything, though, Lovegrove is widely regarded as a visionary. His constantly active mind is not limited to dreaming up new styles of airline seating or bathroom fixtures; he also sees design answers to environmental problems, whether it be concepts for solar-powered vehicles or off-grid housing. “I like the idea of immortality through contribution to humanity. That’s where your life’s work should be—to deliver a message which just grows in people’s minds and maybe becomes relevant in 100 or 200 years’ time,” he says. “Maybe it’s an inspiration for something that will happen and so then people will say, ‘Oh, Ross was right’. It means that anything can be designed—the act of creativity can be put into a later form of discovery.”

Lovegrove presents his work and ideals to the world with an honesty that makes it hard not to believe that he really must have all the answers, and that we all should be listening to him. “I could probably earn a living just talking about the future. Sitting on boards, inspiring companies, and saying, ‘In the future, everything’s going to be yellow,’ ” he says with a hint of sarcasm. “I could earn a really good living that way. But wouldn’t it be great if those ideas of what man thinks ultimately became real? Within my pissy little life, it would be really lovely to put some of these visions, these things that I see quite naturally, into reality.” An Image of the Self, Constructed at the Venice Design Biennial The Lara Bohinc Expression of Design