Ferrari’s latest machine overwhelms all of the senses, especially as I rocket to 250 km/h on the long straight on Road Atlanta. There are moments when adrenaline kicks in and you can taste it—something like a metallic flavour. I want to yell with joy, but I look at the next few corners and stretch the feeling of exhilaration for a bit longer. A firm tap on the brakes shifts the weight onto the front wheels so I can turn in, and as the LED light show on the steering wheel blinks in caution, I trigger the carbon-fibre paddle shifters to get another shot of speed. The F8 Tributo delivers a blurring view of the track as the car rockets down the next straight. There are a bunch of fast supercars available, but few do it with so much emotion, playing with your senses with each of your inputs. This is what makes the newest mid-engine Ferrari supercar so special.

The V8 in this model is related to the one in the 488. With twin-turbochargers and 3.9 litres of displacement, it delivers 710 horsepower and 568 lb-ft of torque. Ferrari tweaked the construction of the engine to make it lighter, an important element when delivering a more responsive vehicle. Previously, the turbocharged motor was criticized for its less than authentic sound, but fortunately, this has been addressed in the F8 Tributo with a completely redesigned exhaust system. The motor has a bassy growl that grows to a high-pitched screech as it pushes toward the 9,000 RPM redline. 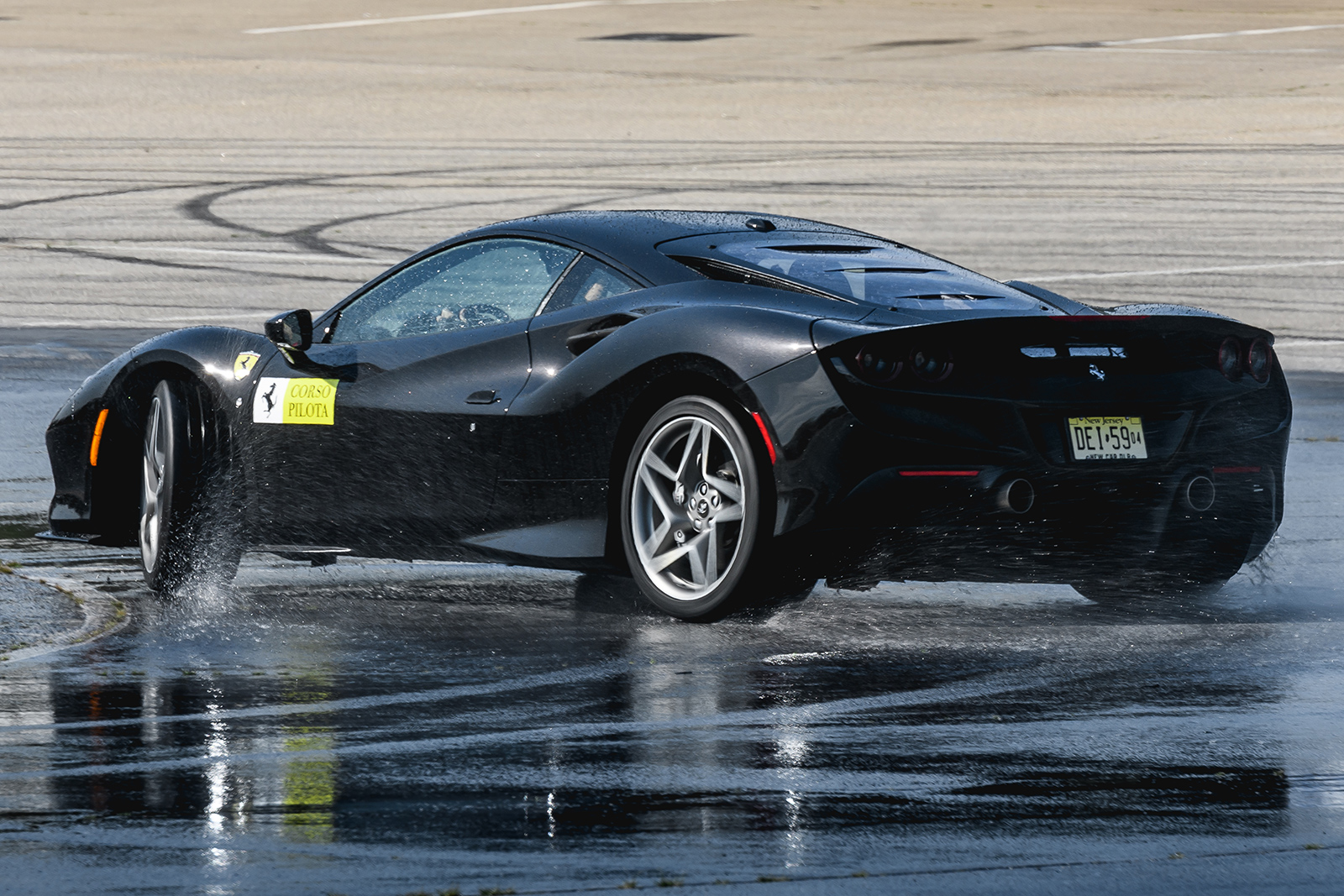 It reaches 100 km/h from a standstill in three seconds, the norm nowadays in the mid-engine supercar world, but the speedometer will hit 200 km/h in about seven and a half seconds, an awesome feat. Keep pushing and it will reach a top speed of 310 km/h. A seven-speed dual-clutch transmission swaps gears quickly and surprisingly smoothly, rarely muddying the momentum. All that gear fits neatly behind you in the car and is tuned so smartly that even a novice driver can unleash it on the track, as intended.

The speed and sound meet the actions of my right foot, but when I twist the steering wheel, the car bends reality to stick to the road. It’s confidence inspiring, the amount of grip here. The vehicle is 10 per cent more aerodynamic than its predecessor. There’s no front-end float at high speeds, and the F8 Tributo tracks exactly where the wheel is pointed. Although the vehicle uses many of the same suspension ingredients as the 488, it has been tweaked and tuned to perfection, and the additional attention paid to the aerodynamics pays off with a more assured feel on the road. Stability and traction control are adjustable with a switch on the steering wheel, giving you more leeway to slide through the course. Who doesn’t love the smell of burnt rubber at the track?

It’s no surprise that Ferrari can integrate the airflow-channelling bodywork into the styling, having rarely made a wrong step design-wise in the brand’s 80-year history. The door handles resemble tiny fin-like appendages, but everything else on the car serves a purpose and looks good. A large duct in the front, inspired by F1, improves front-end downforce, while air intakes are found everywhere. It’s all there to keep the car stable at speed and cool its high-performance heart. But it also looks downright awesome. 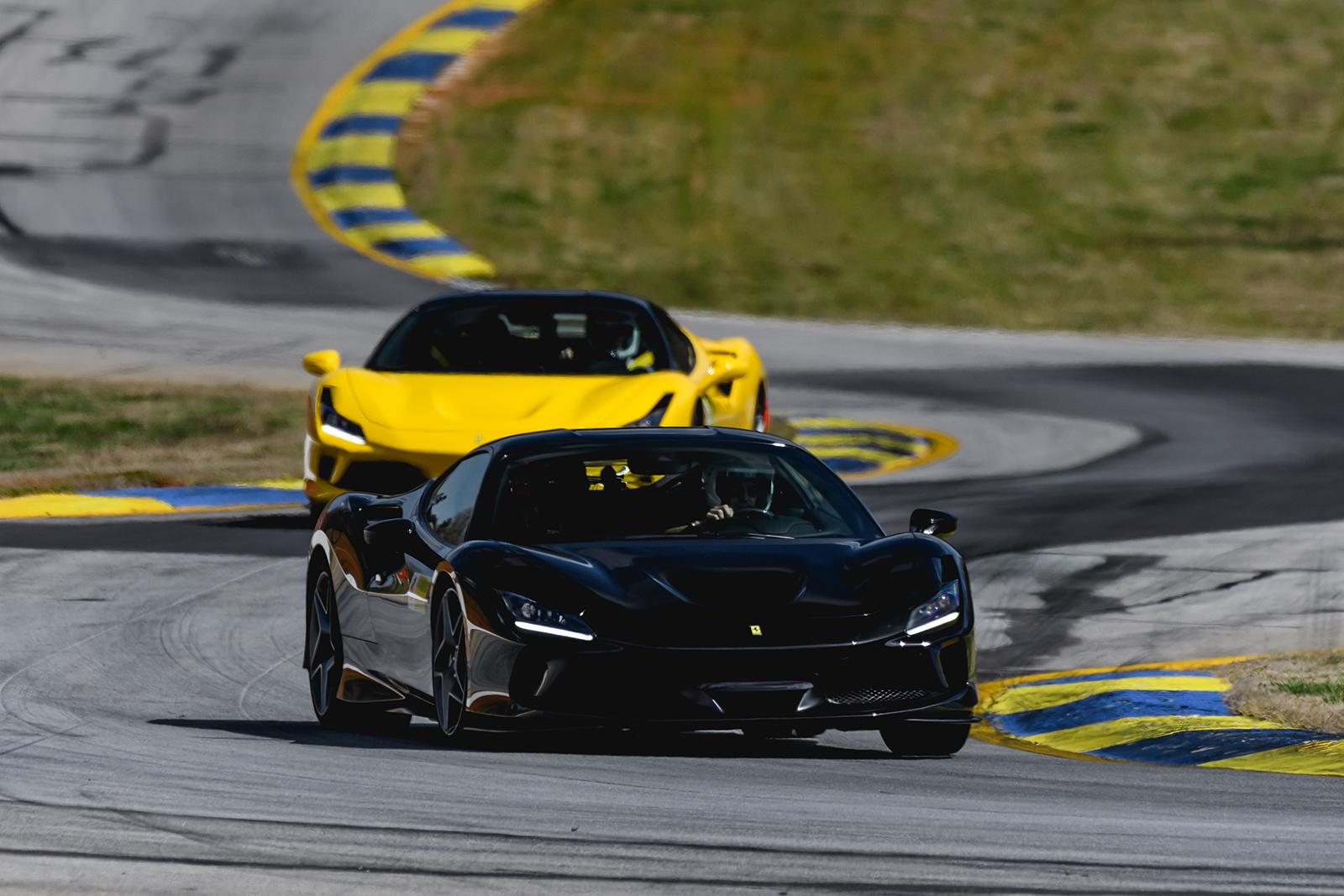 The interior is impressive, something that is hit-or-miss in modern supercars. Sometimes they’re too hard core, with no modern amenities and lots of weight-saving measures, resulting in a spartan cabin. That’s not the case with the F8 Tributo—Ferrari has done a superb job of modernizing the cabin with high-tech features like two information screens that straddle the tachometer or an optional touch screen for the passenger, as well as Apple CarPlay. The seats accommodate those on either side of 6 feet tall.

The lessons learned through the run of Ferrari’s mid-engine supercars, starting with the 308s, have been applied to the best one of all—the F8 Tributo. It’s the right car to convincingly carry this story into the next decade. 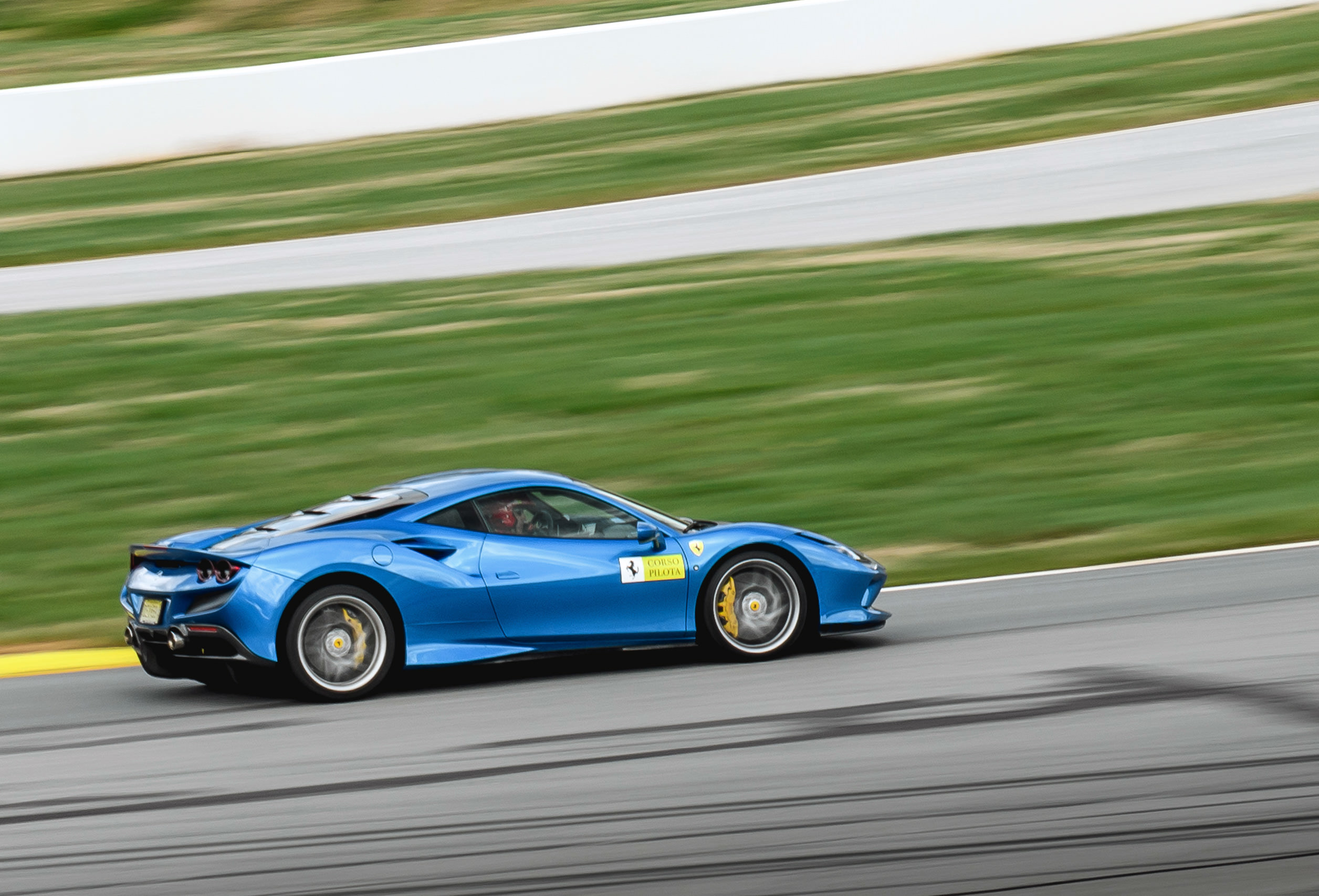