The word heretic describes someone who eschews conformity, whose actions and beliefs challenge convention. In the perfume industry—a world notoriously blurred by the mist of proprietary knowledge—the convention is companies’ refusal to reveal their ingredients, exploiting the legal leeway that permits them to tuck products’ contents from view. But a movement against this standard has drawn the industry toward a more transparent and ethical paradigm. And like any other, the clean fragrance revolution started with radical non-conformists, visionaries whose outlooks clashed with tradition. One such heretic? Douglas Little, founder and creative director of Heretic Parfum.

Little launched his Heretic line in 2016, but the seeds were sown long before the clean beauty crusade gained traction. While working in product development for a large cosmetic company, Little felt as though every aspect of mainstream beauty—from manufacture to marketing—lacked authenticity, that essential tenet of longevity. So in 2010, after turning his career toward home fragrance and visual installation (think Bergdorf Goodman window displays and immersive event design), he shifted his focus to an artisanal enterprise reimagining the future of fragrance.

Rooted in radical transparency, Heretic’s ethos includes crystal-clear ingredient lists and sustainable sourcing practices, but it stretches even further, striving for a holistic approach to production. “My goal with this company is to truly look—from the inside out—at how a product is made: its efficacy, sustainability, recyclability,” he says. “There are many other companies looking at ingredients, environmental impact, or the way a product is manufactured. But I don’t see a lot of companies examining all these parts at once because it’s incredibly hard to do.”

Little’s process certainly stands out among competitors, extending beyond pragmatic concerns into a more esoteric dimension. How many other perfumists consult sacred texts and astrological charts to place their scents in the broader context of human consciousness? As far as he’s concerned, Heretic fragrances shouldn’t just smell great—they should tap into the realms of history, spirituality, aromatherapy, and Ayurvedic medicine, moving beyond the cosmetic to serve as conduits for health and well-being. 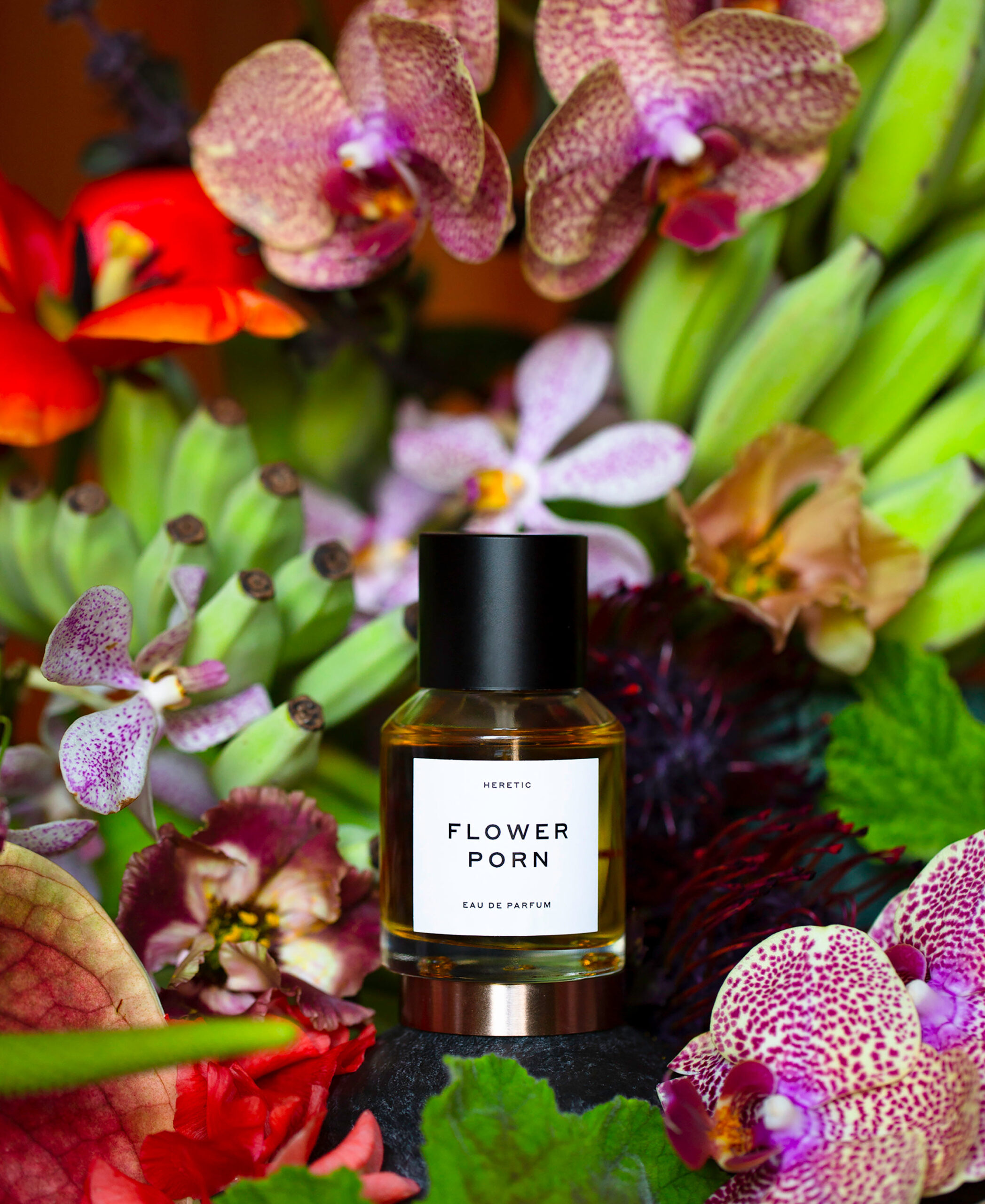 “A chemist once told me that working with natural materials in such a high concentration transforms the product, nearly elevating it to the level of treatment,” says Little. “I look at the functionality of ingredients in a way that asks: Could this fragrance perform beyond simply smelling good? Could it transmit, for example, a calming effect?”

Little wants his customers to genuinely benefit from Heretic products—whether that means cooling down with a constituent trace of cannabinoid or feeling empowered as an informed consumer. This intention applies to every client, including the provocative tastemakers with whom he’s collaborated. Little has made signature scents for burlesque icon Dita Von Teese (Scandalwood) and renowned drag performer Violet Chachki (Dirty Violet), capturing their essences in a way that rejects celebrity endorsements of years past.

“Rather than trying to bottle themselves, [Von Teese and Chachki] wanted a fragrance that made people feel something,” says Little. “That’s the whole point of this—to provoke, to intrigue, to entice.”

Little’s most recent collaboration with Gwyneth Paltrow—the viral This Smells Like My Vagina candle made for her lifestyle brand, Goop—is perhaps the most fitting example of Heretic’s “whole point.” A blend of earthy, floral, and citrus notes, the candle has incited a visceral response around the world, leading to a rather polemic discussion around how the candle addresses sexual taboo.

“We’ve received both accolades and terrible feedback, and that’s when you know that you’ve really struck a chord,” Little says. The candle was re-released earlier this year after selling out last fall, and Little hopes that this enthusiasm signals a new generation of conscious consumers connecting with the raw, hidden parts of themselves. He hopes that Heretic’s disruptive influence will also inspire buyers to continue holding high expectations for a more ethical future of beauty.

“People are seeking things that celebrate their own quirks and beliefs, that make them feel good. They’re looking more inward, asking how to be the best version of themselves,” says Little.