In the darkened and near-empty Teatro Morlacchi in Perugia, novelist Madeleine Thien sits alone in a cocoon of deep attentiveness, watching four pianists rehearse. Thien has been invited to pianist Angela Hewitt’s Trasimeno Music Festival because her latest novel, Do Not Say We Have Nothing, is filled with classical music references; as well, Hewitt felt it was important to have a Canadian writer at her Italian festival in Canada’s 150th year. For Thien, however, the attraction of spending a week there is as much about being immersed in music as it is to promote her book (which is about to be published in Italian). So there she is, listening to a rehearsal as she does most days at the festival, sitting up close so she can hear the musicians talk in their musical shorthand.

The remarkable run of critical accolades for Do Not Say We Have Nothing represents a major breakthrough for Thien. In 2016 alone it won the Scotiabank Giller Prize, the Governor General’s Literary Award for English Fiction, and the Edward Stanford Travel Writing Award in the U.K. It was also shortlisted for the 2016 Man Booker Prize, the 2017 Baileys Women’s Prize for Fiction, and the 2017 Rathbones Folio Prize. Thien has been writing for 20 years, but the current wave of acclaim has changed her life dramatically. “I think the biggest change is,” she pauses, “I can’t wait to be writing again. I’ve had very little time at home since last August, and I think it’s been a learning curve to take back the time because I’m used to what every writer has, which is that you’re the person in the end who’s responsible for pushing the book into the world, and at this point it’s been taken out of my hands. I’m just going along. It’s opened the door for the other books also—Dogs at the Perimeter had never been published in the U.S. It’s like this big, broad-shouldered book is forcing open these doors, and the others are kind of running along behind it.”

Thien’s big project at the moment, in addition to appearing at literary festivals and speaking events all over the world, is to co-edit the fall edition of literary magazine Granta, which will be an all-Canadian issue. “The act of editing or reading all these submissions is a very invisible one,” she says. “It means you’re focused on other people’s work, on what’s being created now in Canada, and that for me was a really compelling thing to do at this particular moment.” At the same time, reading the work of writers she respects, who are often friends, and having to reject some of their submissions, “That’s been really painful. You have to be open to what’s there and see if it comes together in a way that you hope will be really powerful and striking to a reader anywhere in the world. It’s an issue that celebrates Canadian writing, but also does not shy away from the hard questions Canadian writers are asking of themselves and of their society and their history. Trying to balance those voices and Granta’s traditions and the best possible writing, and having confidence in my way of balancing it, has been really, really hard.” 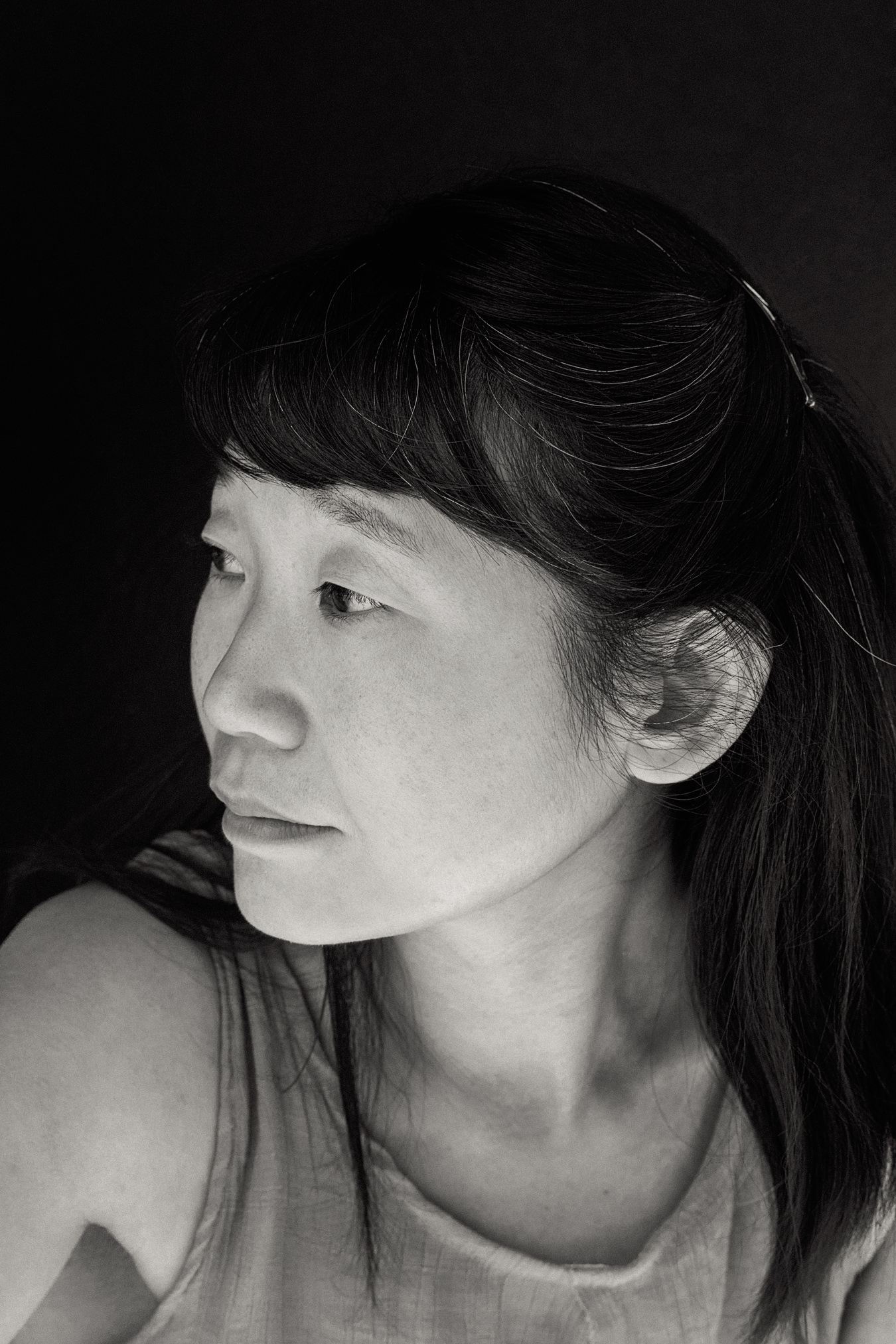 Thien speaks softly and pauses often to reflect and form the response she’s looking for. But behind that softness is a mind with the strength of conviction and an impressive eloquence. Thien’s latest novel, beautifully intimate and grandly political, is rooted in China, beginning in the 1930s with the Chinese Civil War, through the Cultural Revolution (1966 to 1976), and then the 1989 Tiananmen Square demonstrations and massacre. We see the effects of these upheavals in recent Chinese history through the lives of three classical musicians: a violinist, a composer, and a pianist, all of whom were part of the Shanghai Conservatory of Music. “So much of this book,” says Thien, “is what happens in increasingly politically repressive times, when the limitations increase on artistic expression. What happens to these musicians, what happens to their language, what happens to their private music they so want to put into this world?”

For the first time in her fiction, Thien is expressing her passion for music. She is a child of several cultures: her mother from Hong Kong and her father Hakka, ethnically Chinese, but born in a part of Malaysia that was once the British protectorate of north Borneo. Her parents met as students in Australia, then settled in Malaysia before immigrating to Vancouver. Thien grew up in Strathcona, Vancouver’s oldest residential neighbourhood, and studied ballet for 15 years. She first experienced music through dance and movement. Then, as a teenager, “I stopped ballet. Our family was going through really difficult financial times, and I didn’t listen to music for a long, long time. It was only in my 30s, when I had finished Dogs at the Perimeter—which was a very difficult book about the Cambodian genocide—I couldn’t bear words, I couldn’t bear language, and I really questioned the failure of language. You try to imagine this world that is almost unimaginable. And then I turned to music, and the first piece of music that came to me, just by chance, was Glenn Gould’s recording of the Goldberg Variations.

“What a mystery, isn’t it? What is it about a piece of music at a particular time? I remember my partner had a fellowship in Berlin, and so we were living in Berlin that year. I was walking, it was winter, I was very depressed. I was walking through quite an industrial part of the city, and I had the earbuds in, and this music started. And,” she pauses for a long moment, eyes tearing just slightly, “you know, I get emotional thinking about it. It was like I had never heard it, never heard anything like it before. And you know what’s so amazing is there’s so much joy in this music, so much dance, so much giddiness, so much playfulness, old folk songs woven in, all sorts of high and low culture, and also a profound feeling—sorrow that you couldn’t articulate in language—and yet it was all built from that same early phase of music, and then we come back at the end and it’s like you’ve traversed the universe. It’s an amazing piece of music.”

That recording and that music became a point of departure for this new novel. Thien goes on: “I didn’t know I was going to be writing about music. I knew I wanted to write about the 1989 demonstrations in China, these six weeks of demonstrations that looked like they were going to change history so dramatically. And the music snuck in. The structure of Bach’s Variations, what they were saying to me, the way they allowed me to imagine this recurrence of ideas, this cyclical nature of things, the simple motif that can be unwound in so many complex ways, bringing us to so many states of experience of feeling—that started to inform everything about the book.” 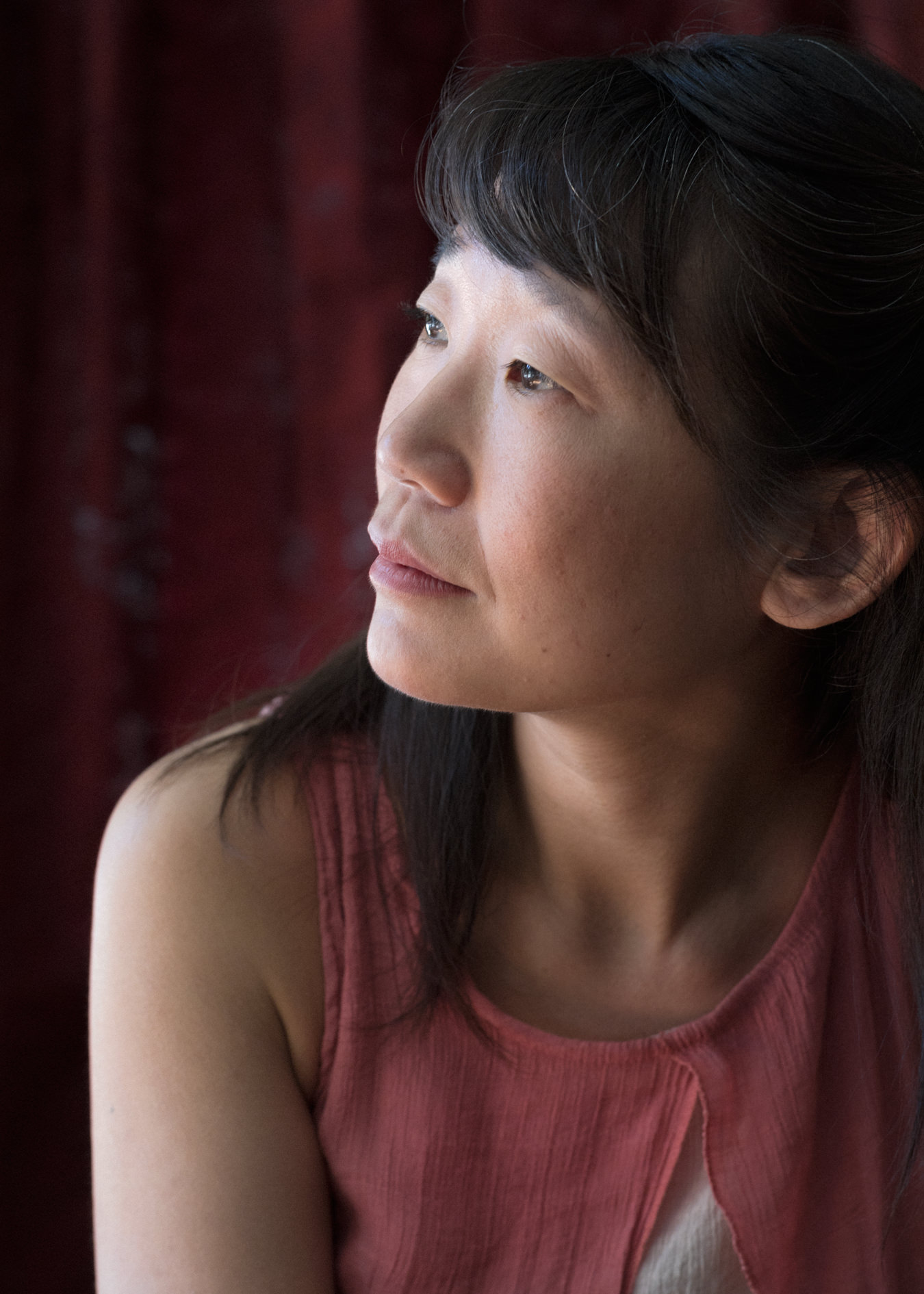 Thien’s novels are set in some of the 20th century’s darkest periods: the Japanese occupation of East Malaysia (Certainty), the killing fields of Cambodia (Dogs at the Perimeter), in addition to this latest book. When asked what draws her to these dark places, she pauses for a long time and then says, “To me, they’re already part of the world. They’re already all around us. It’s just that most of the time it’s easier to turn away a bit. And it’s the ongoing life of so many people. I think what I really want to understand is how we live in this time, and that is, I think, what all these books are looking at. When one door is closed to them, they try to find another way. Unable to make music, [the composer in her latest book] devotes his life to his daughter. He makes radios. He works in a factory. He changes his conditions. He tries to hear music in the sound of the world around him. The books are dark, but they’re also about how people continuously find ways to live.” Thien has the courage within her to look at these places, at these people, and in heartbreaking prose tell their stories.

Thien’s home is in Montreal, where she lives with her partner, another celebrated Canadian novelist, Rawi Hage. “Thank God for Skype and FaceTime,” she says, commenting on the long periods of time the pair spend apart. “You know, at other times when people were separated, they had to write letters; we have e-mail. And when we speak on the phone or FaceTime, it means we’re really talking to each other for an hour, or two, which you may not do in your regular, day-to-day co-habitating life, like a real conversation where you’re really listening to each other.”

While it might seem challenging for two writers to be a couple, Thien finds it no problem at all. “We tend to get more upset when we think the other’s work has not been received in a way that it should be. I’ve cried more about things that have happened to him than have happened to me, and I think vice versa. I can’t imagine being envious of him, or of him being envious. It seems so absurd. We do very different things—stylistically we’re very different, our process is very different. It’s very much like when you have a writer whose work you love. How could you be envious of [Alice] Munro? I really love Rawi’s work. I could never be able to create anything like he does. The kinds of risks he takes are different from the ones I take and vice versa. And that’s good for literature.”

In between Vancouver and Montreal, there have been many other places: the Netherlands, Hong Kong, Singapore, Zimbabwe. If she were to return home, like Odysseus, where would that be? “I wish I knew,” she says wistfully. “I thought it [home] was going to go back to being Vancouver, but I don’t think it is. That makes me really sad. I just don’t know. Yes, where’s that place you can come completely to rest? I don’t think I have it right now. I have different places where I feel so wonderful—Berlin, Montreal, Vancouver, Cambodia, parts of China, Hong Kong, but not one place that is able to be all those things.”

Perhaps that place will be Brooklyn, her next port of call. Come January, she will be joining the M.F.A program at Brooklyn College, part of the City University of New York, as a tenure track professor. The schedule will be light enough to give her time to write, and she already has a good feeling about Brooklyn as a place to live. The magnificent, productive odyssey of Madeleine Thien continues.