Writings on the art of horsemanship stretch back in history. Numerous theories, methods, and controversies fill library shelves—from the most forceful techniques advocated by the Spanish school to the latest book by Italian trainer and dressage master Antonello Radicchi, whose Do You Speak Equis? was published in 2017, the first of three planned volumes of scientific inquiry.

Scientific is Radicchi’s word—the science in question being horse ethology—the objective study of equine behaviour. Since 2003, Radicchi has been the director of Count Antonio Bolza’s stud farm on the Castello di Reschio estate in Umbria, where 40 Andalusian de Pura Raza Española horses are bred. Radicchi—who studied the École de Légèreté method before developing his own theories—is a passionate proponent of a method that falls under the broad category of natural horsemanship. This philosophy has had a resurgence since the 1980s, popularized by the publication of Nicholas Evans’s novel The Horse Whisperer and endorsed by America’s most media-friendly exponent of the art, Monty Roberts. 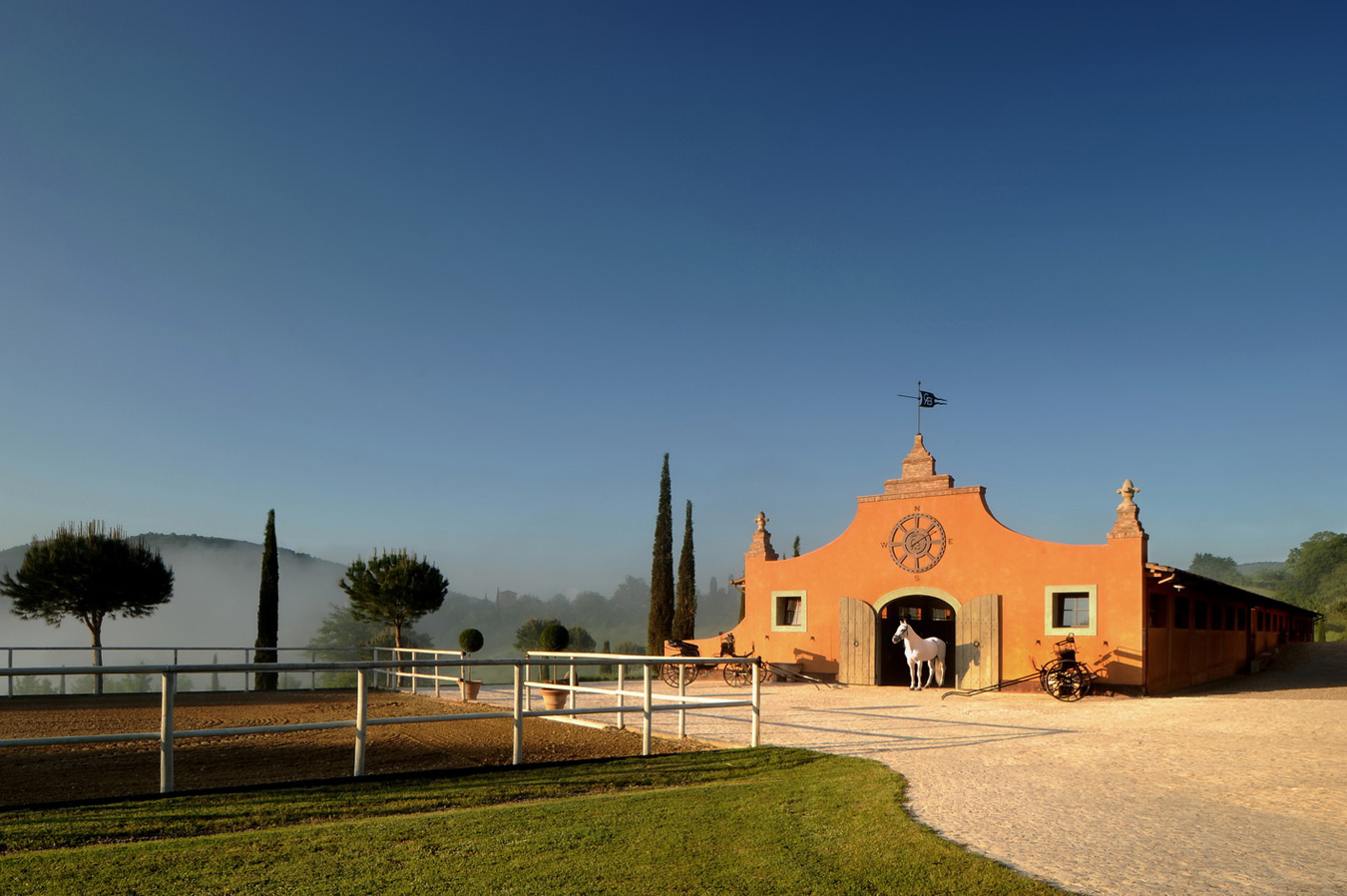 Since 2003, Radicchi has been the director of Count Antonio Bolza’s stud farm on the Castello di Reschio estate in Umbria.

“ ‘Horse whispering’ has raised awareness of issues of cruelty, and that is good. But there is nothing whimsical or magical about what I do,” Radicchi says. “It’s purely technical.” Key to his method is its emphasis on co-operation rather than domination. The “how” begins with Radicchi determining the horse’s mental state from its demeanour—such as the position of its head, neck, ears, tail—and responding through body language that is comprehensible to the horse. Training progresses with an increasing series of “requests”, which stop as soon as the required action is obtained. “The horse wants to please,” says Radicchi. “You just have to make it understand what you want.” The end result is the performance of high-level dressage without the use of bit or curb. “[Still,] it requires an enormous amount of time and perseverance to develop trust and co-operation.” 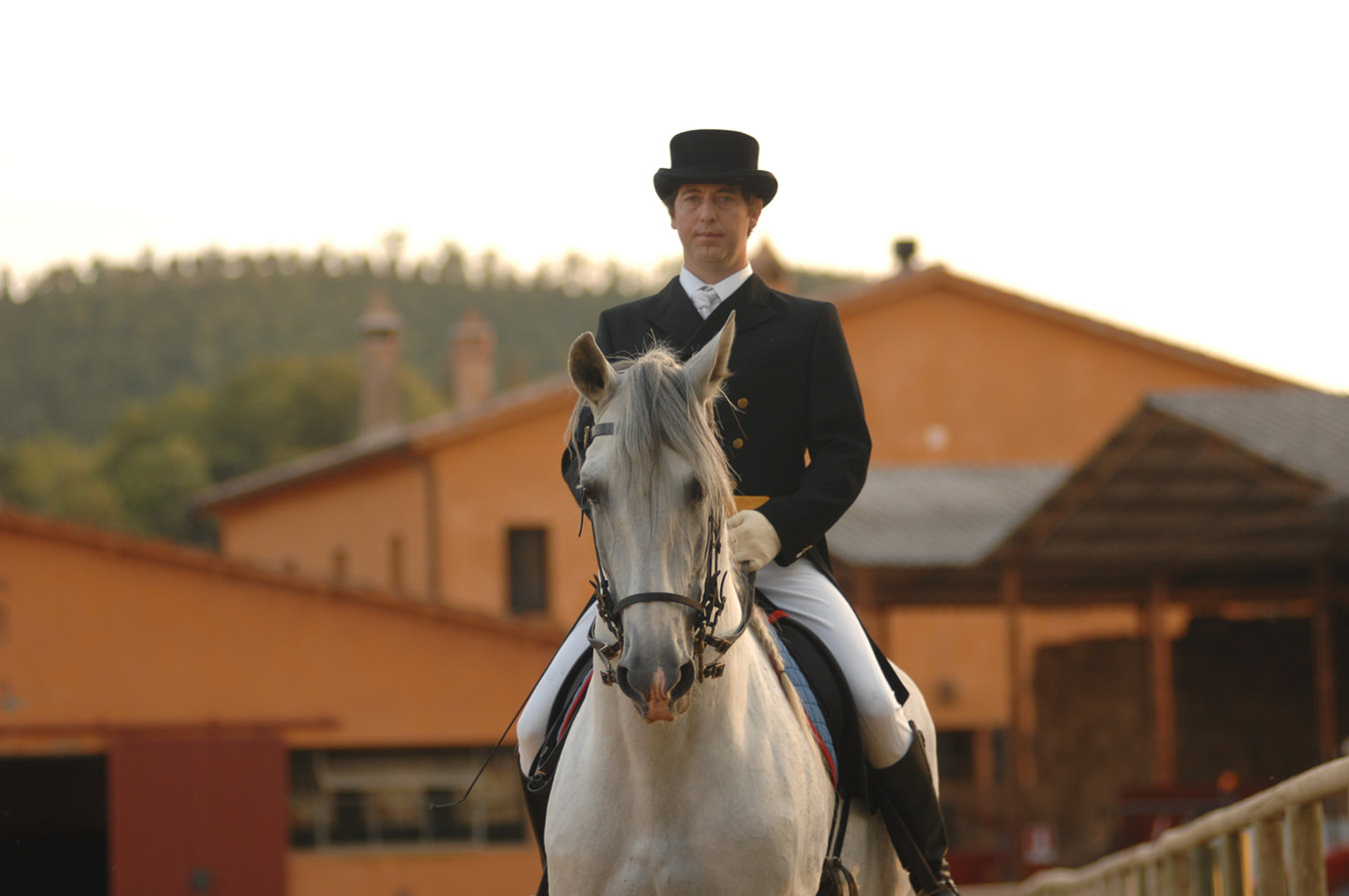 “…there is nothing whimsical or magical about what I do,” Radicchi says. “It’s purely technical.”

At Castello di Reschio, the luxury of time has been granted by Count Bolza, a Hungarian aristocrat of Italian descent and a passionate horseman and pupil of Radicchi. “Animal rights activists who say that dressage is cruel are right,” says Bolza, recalling a time he saw blood coursing down a horse’s flank during a performance in Jerez. “[Many] dressage competition rules state the use of bit and spurs is compulsory. As a result, we do not compete.”

In this utopian haven in the Italian countryside, Radicchi is free to develop techniques that have borne fruit even with horses elsewhere proclaimed unmanageable. As well, the Bolza-Radicchi team is quietly engaged in breeding a more sportive strain of Andalusian horse while breeding out the “defect” of the baroque, sideways movement of its front legs. “That was trained into them,” explains Bolza, “so that emperors and dukes depicted in portraits would look as though they were controlling a very powerful animal.” This brings us back to domination, which—at Reschio, at least—is emphatically not the name of the game. 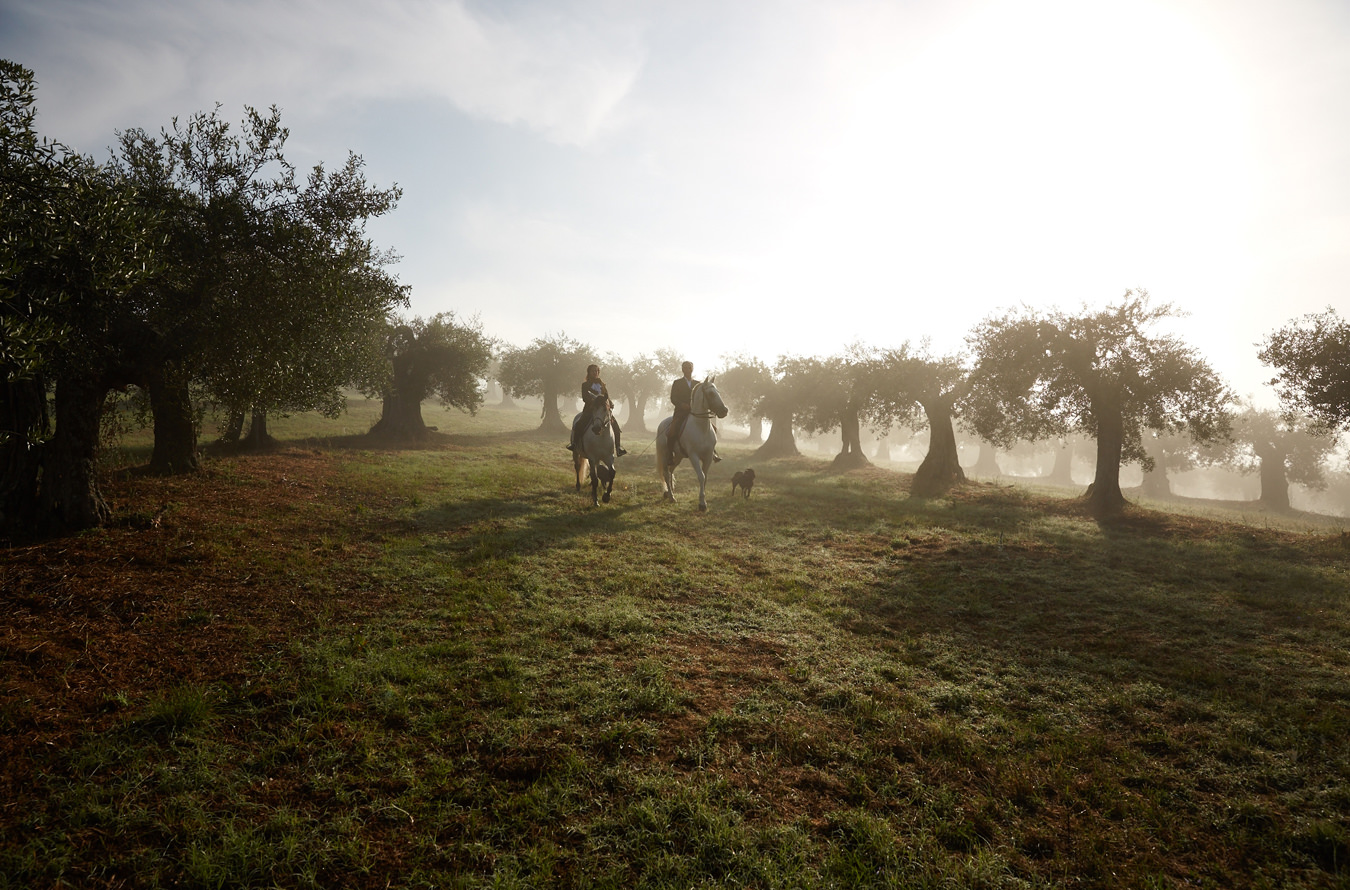 “The horse wants to please,” says Radicchi. “You just have to make it understand what you want.” 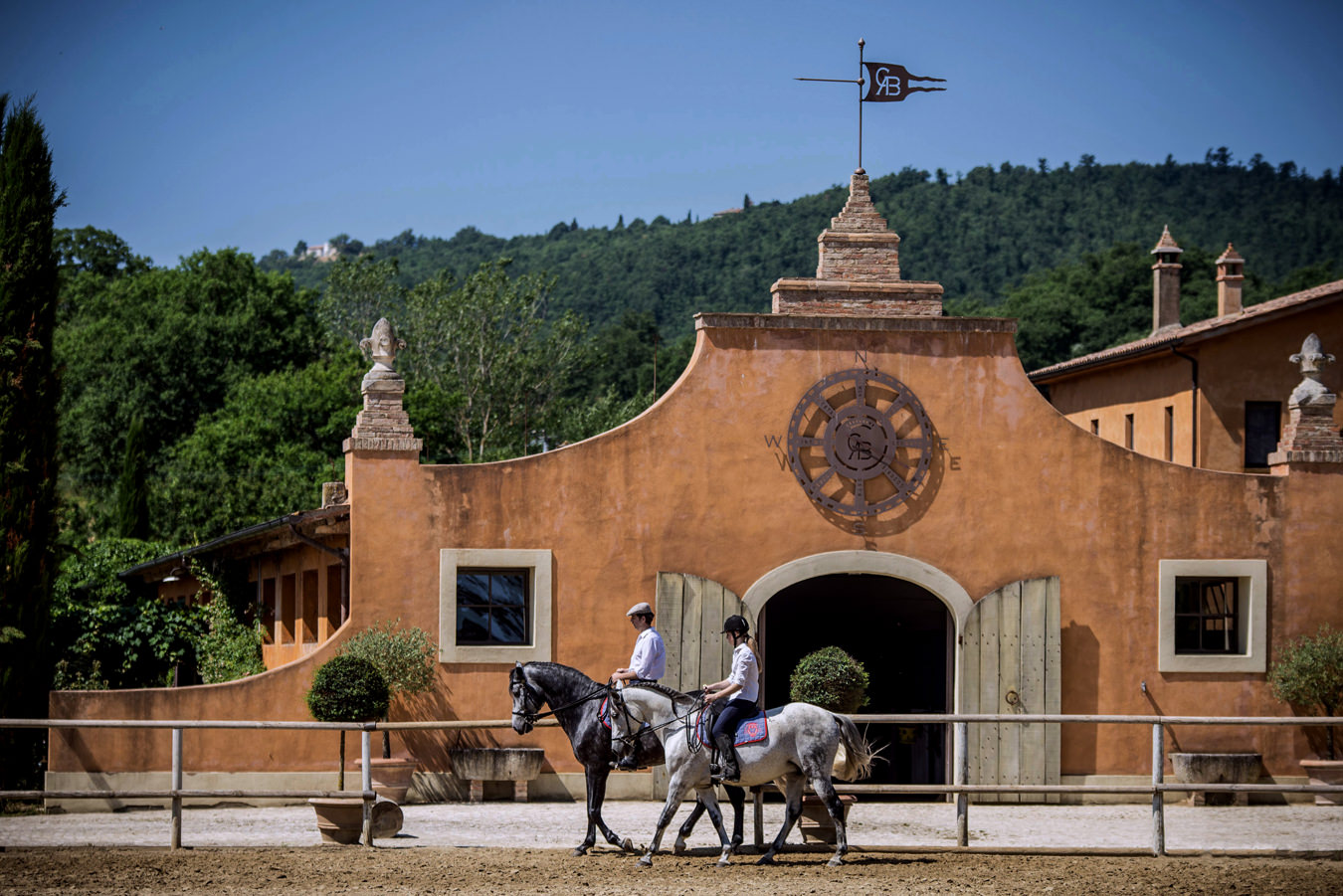