The word you often hear at the Balvenie whisky distillery, about an hour’s drive from Aberdeen, is craft. The whisky is crafted, and craftsmanship lies at the core of the production process. It’s a word right out of a public relations manual, but it seems to resolve the apparent tension between the appearance and the location of the distillery. It’s a sprawling facility that’s unabashedly industrial in appearance, like a collection of linked warehouses. But it’s located amid forests and pastures in the countryside near Dufftown, a small rural community that welcomes visitors with billboards proclaiming it “The Whisky Capital of the World”.

In the world of alcohol, craft is often associated with brewing, as micro- or craft breweries have sprouted up everywhere to challenge the big, multinational producers. The word is not exactly out of place in whisky production, where what is usually a beer by-product (called “wort”) is made and then distilled to produce whisky. What makes the Balvenie a craft distillery in this sense is not its size, which is substantial, but the fact that it directly manages so many of the stages of production.

An example of the Balvenie’s commitment to craft: while the great majority of Scotland’s hundred-or-so whisky distilleries buy their barley already malted (the process by which barley is germinated, dried, and baked, before being milled and fermented), the Balvenie is one of seven that still malts some of its own. Barley from the Balvenie’s own barley fields are soaked in water for two days in the malt house, then spread out on the expansive floor of the drying room for five to nine days to allow the enzymes to develop. It’s continually turned over until it’s almost completely dry. These days, the drying malt at the Balvenie is turned over by machine, rather than, as it used to be, by workers using broad-bladed wooden shovels—a concession to both efficiency and to workers’ health, as constantly turning the malt resulted in a permanent injury called Monkey Shoulder. 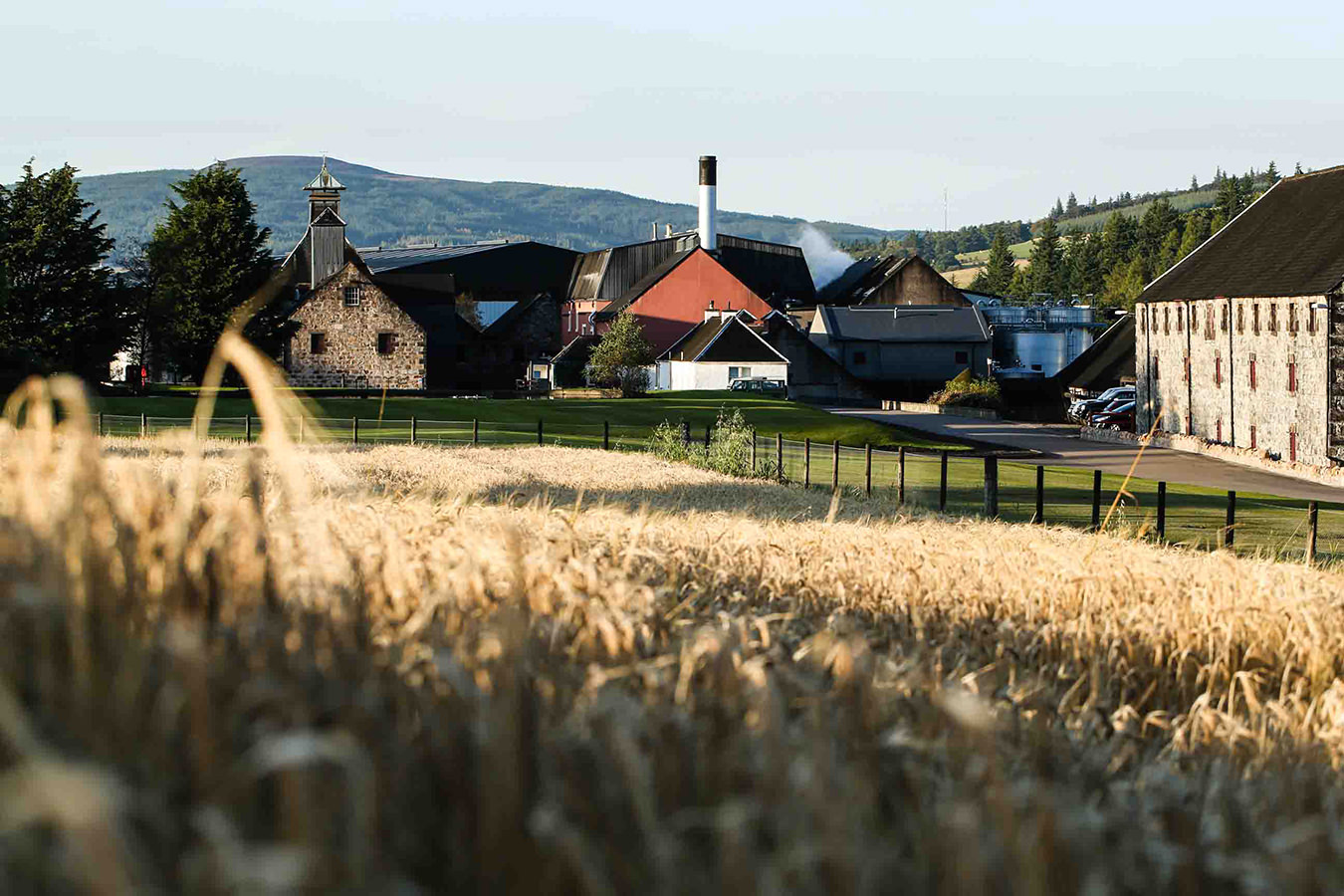 The air-dried malt is baked in a kiln, and it’s at this point, during the first 12 hours of drying, that some dried peat can be added to the fire to give the peaty aromas and flavours that some scotch-lovers enjoy. On the whole, though, the Balvenie whiskies are very low on any scale of peatiness. Like most Scotch whiskies, Balvenie is twice-distilled, and malt master David Stewart points out that the size and shape of the copper still contributes, along with barrel aging, to the character of the finished whisky. The Balvenie employs a coppersmith (one of several on-site artisans) to repair and rebuild the stills, which have a life of about 20 years as a result of the copper thinning over time.

Stewart has worked for the distillery for more than five decades, and since 2010 he has worn the title of malt master at the Balvenie, leading tastings of their whiskies around the world. The three decades prior, Stewart was master blender and only the fifth in the company’s 127-year history. He is unassuming for someone who has overseen a prestigious distillery’s quality for so long, as he recounts his biography modestly. Leaving high school, says Stewart, his options were employment in banking, insurance, or the whisky business. “Whisky was a no-brainer,” he says; he started at the Balvenie as a clerk, maintaining ledgers and records of the casks. Stewart was only 19 years old when the then master blender invited him into the sample room and began to train him to nose. Ten years later, Stewart—not yet 30—was offered the master blender position when his predecessor left. It was (and is) a young age to take on responsibility for the quality of the Balvenie’s total production, but Stewart has clearly succeeded.

In the common practice of Scotch whisky production, the barrels used for aging are not new but have previously been used to age and store other alcoholic beverages; bourbon whiskey, sherry, and port are the most common, but the Balvenie also uses barrels that have previously held Madeira, rum, and even white wine. The most common by far are American oak casks formerly used to age bourbon, and they tend to produce lighter-coloured whiskies. In contrast, French oak barrels that have been used for sherry and port give darker colour and fuller flavours to the whisky that’s aged in them. Obtaining used sherry barrels from Spain has become a challenge because of the decline in sherry consumption and production. The Balvenie now buys new French oak barrels and has them filled with oloroso sherry in Spain; after two years, the barrels are emptied and shipped to the distillery, where they’re used for aging whisky, while the sherry is transferred to new barrels provided by the Balvenie.

While the great majority of Scotland’s hundred-or-so whisky distilleries buy their barley already malted, the Balvenie is one of seven that still malts some of its own.

Barrels make a more important contribution to the finished whisky than they do to wine, and they are central to operations at this distillery. The Balvenie is rare in having its own cooperage, where a dozen coopers continually repair and recondition barrels; some of those that have reached the end of their first life are given a second, as the insides are scraped down to reveal new wood, then retoasted for use again.

The Balvenie portfolio varies much in age, with the oldest whisky being the Balvenie 50 Year Old, the youngest being the Balvenie 12 Year Old DoubleWood, and the most recent being the Balvenie 15 Year Old Single Barrel Sherry Cask. The single barrel range batches are generally produced in lots of 300 bottles, which makes them quite rare and collectible, but still reasonably affordable. (They sell for $100 and up in Canada.) Every barrel used to age whisky produces whisky that is distinctive, often very subtly so, and the barrels chosen for the single-barrel program are judged the finest among many thousands. Each bottle is hand-numbered, and carries the number of the cask in which it was aged. 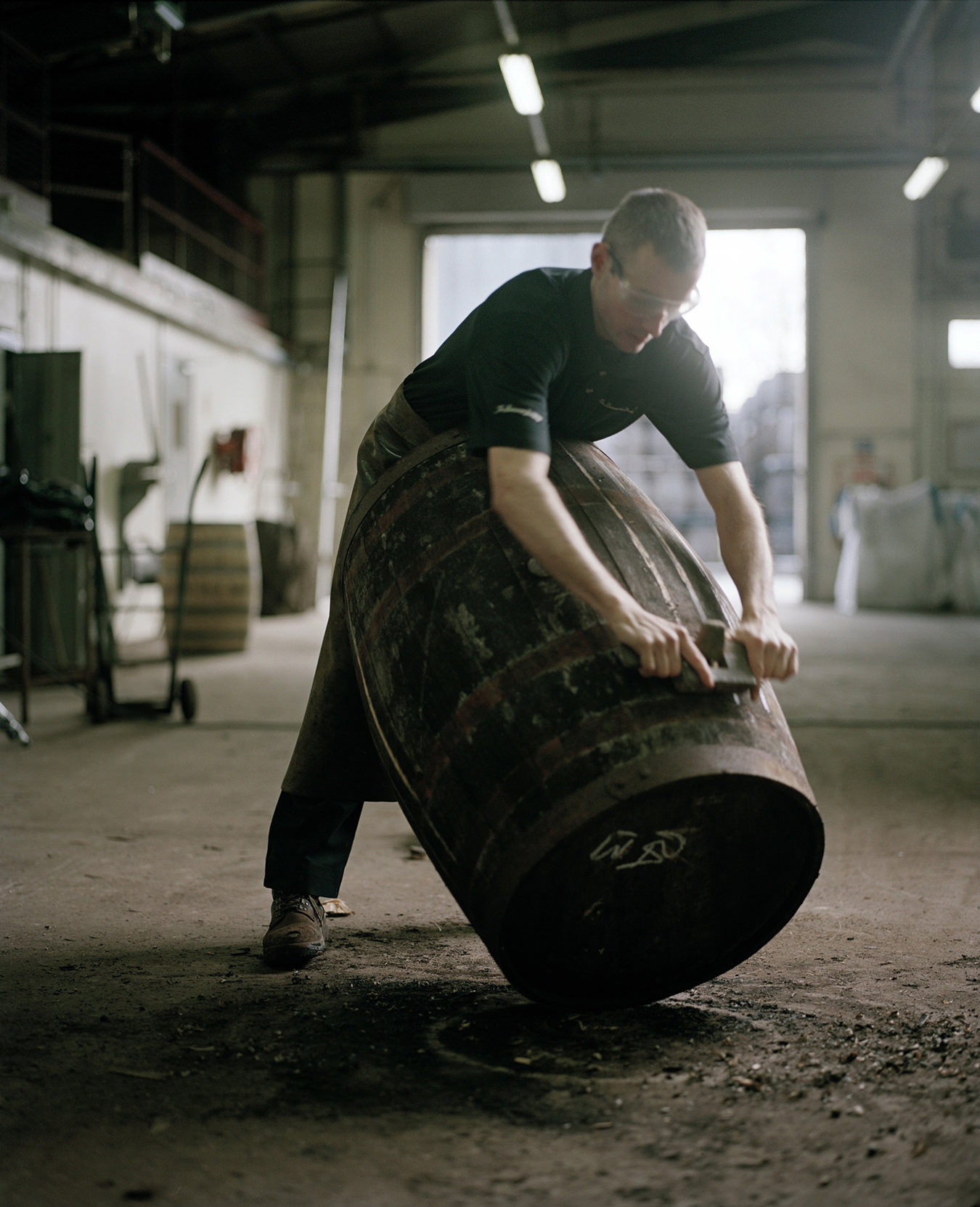 While some Balvenie whiskies are aged only in one kind of barrel, others are given extensive aging in bourbon barrels before being “finished” for a short time in barrels that give stronger flavours and more depth of colour. The Balvenie was a pioneer in this process. Sherry casks are often used, says Stewart, “because sherry removes the heavier tannins from oak.” Aging whisky in these barrels for a short time gives the finished product some spiciness from the oak tannins and some sweet, spicy flavours from the sherry. In contrast, American oak barrels that have held bourbon give whisky flavours that Stewart describes as “sweet honey, caramel, vanilla, and some citrus.”

One of the Balvenie’s more widely available whiskies, DoubleWood 12 Year Old, gets 12 years in American oak, followed by nine months in casks that have held sherry. It delivers fresh, sweet flavours of honey and dried fruit, and some spiciness, and it shows a hint of viscosity in the texture. Meanwhile the DoubleWood 17 Year Old is aged 17 years in American oak and nine months in sherry casks. The lower ratio in the finishing casks here shows in lower concentrations of sweetness and spiciness, but the whisky is rich, very smooth, and quite elegant, with plenty of complexity in the flavours. The 43 per cent alcohol is fully integrated.

Even richer is the Balvenie PortWood 21 Year Old. It’s a tawny-hued whisky that is aged first in American oak barrels, then in port casks imported from Portugal for another four months. Called “pipes,” some of these barrels have held port for as long as 40 years. Here, most of the flavours imparted to the whisky come from the port, not from the wood, unlike whiskies aged in sherry casks, where most flavours derive from the wood and only minimally from the sherry. Whisky is aged in these port barrels for a relatively short time to prevent the whisky taking on a reddish colour from the intense port residue. PortWood is a rich, complex whisky, in which you can detect some chocolate notes. It’s a style of whisky that Stewart recommends for desserts or as a digestif.

Although a number of these whiskies sell for hundreds of dollars a bottle, they are by no means the most expensive in the Balvenie’s range. The Balvenie Fifty, for example, to celebrate David Stewart’s 50th anniversary with the Balvenie in 2012, began to age in a former sherry barrel in 1962. The barrel originally held the equivalent of about 350 bottles, but half a century’s evaporation reduced it to 88 bottles. It was given a box made of 49 different layers of Scottish timbers—including ash, oak, cherry, beech, and elm—and a closing layer of brass. Currently, only one bottle is left for sale in Canada and costs just under $50,000, and a Los Angeles steakhouse has been known to sell a dram of the whisky for $4,000 (U.S.). 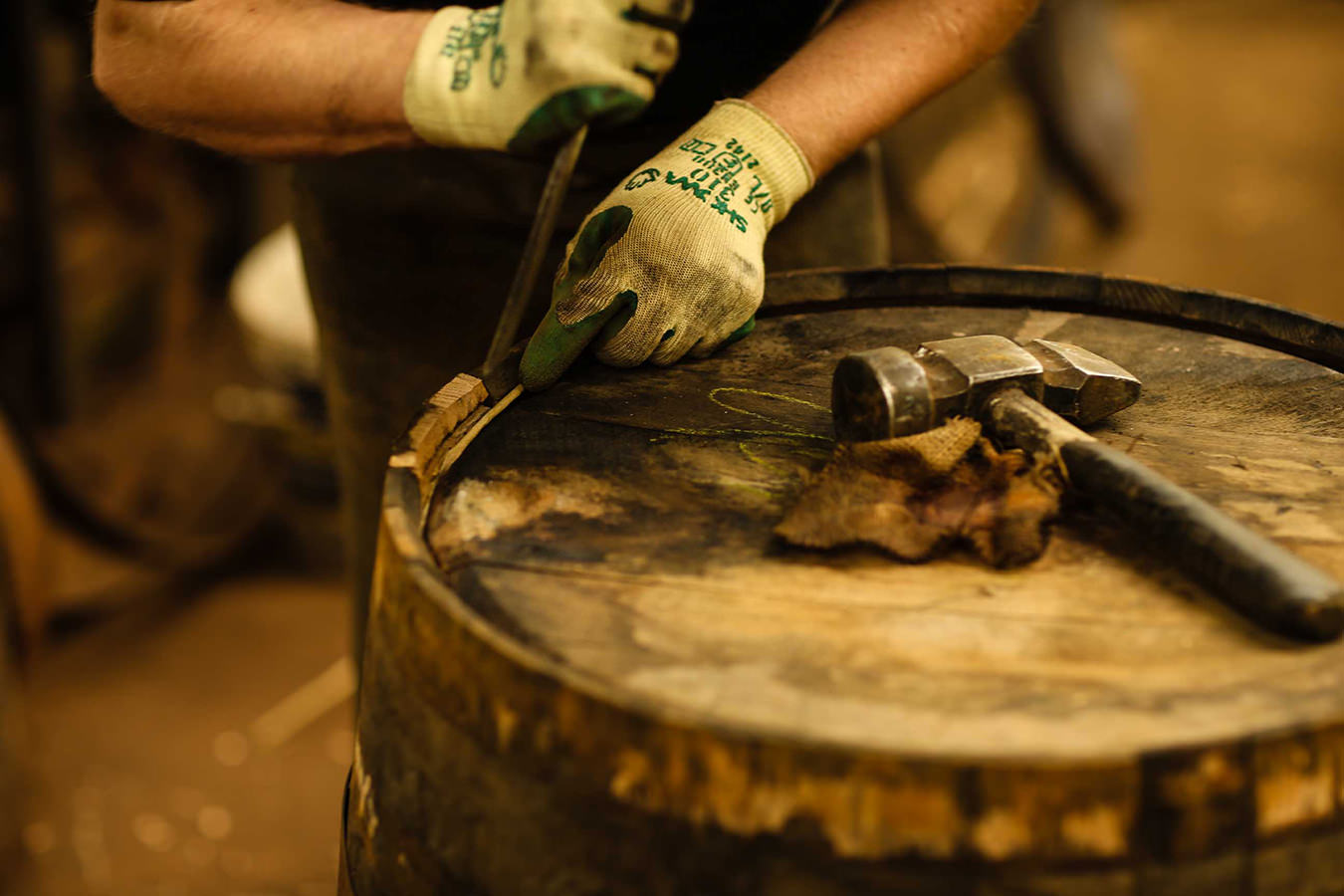 The crafts embraced by the Balvenie extend beyond the production of whisky. The company employs a woodworker, Sam Chinnery, to make handcrafted boxes for some of its rare whiskies. The Balvenie has also produced a documentary called The Intelligent Hand, which celebrates craft work—not distilling this time, but the work of craftspeople such as a jeweller in India, a leather bag maker in Russia, and a guitar maker in the United States.

Craft production is often associated with tradition and contrasted with industrial mass production, but at the Balvenie, both co-exist seamlessly. Whisky production in Scotland can be traced back to the late 50th century; a 1494 order records the delivery of malt to a friar so that he could make aqua vitae—the “water of life,” as distilled spirits were then optimistically known. But most existing distilleries were founded (and their facilities built) in the nineteenth century, during the industrial age. The crafts that remain at the Balvenie—such as malting, coopering, and coppersmithing—are the manual work of that period that complemented mechanization, rather than opposed it.

Founded in a time of innovation, the Balvenie remains a family-owned distillery, which might go some way to explaining why it, more than most other distilleries, has continued to embrace some of the crafts that were then current. But the Balvenie is also forward-looking and takes as much pride in its innovations as in long-standing practices. Stewart pioneered the single-barrel, single-year whisky program, and the double maturation method of finishing whisky in different casks, and the experiments continue. There are trials of small batches of whisky being finished in a variety of different spirits’ casks. But, “I can’t really tell you what’s going to come out,” Stewart says. “Wait and see.”