That old adage, sex sells, has played a role in Agent Provocateur’s success over its 20-year history—but it certainly hasn’t been the only factor. For that, we can also thank playful, irreverent campaigns, a fan base that ranges from Anastasia Steele (you know, the Fifty Shades of Grey protagonist) and Bridget Jones to Nas (the rapper who name-checks the brand in his song, “Where’s the Love”) and Penelope Cruz (with the L’Agent line, a collaboration between the actress and her sister, Monica Cruz), and, of course, lingerie that is seriously seductive.

And behind the imagery, the product, and the celebrities is Sarah Shotton, creative director of Agent Provocateur. Shotton, who is celebrating her 15th year with the company, began as an apprentice under founders Serena Rees and Joe Corre (whose involvement with the company ceased when they divorced in 2007), working her way from the shop floor at the company’s first boutique in London’s Soho, to visual merchandising, and eventually, design along the way. 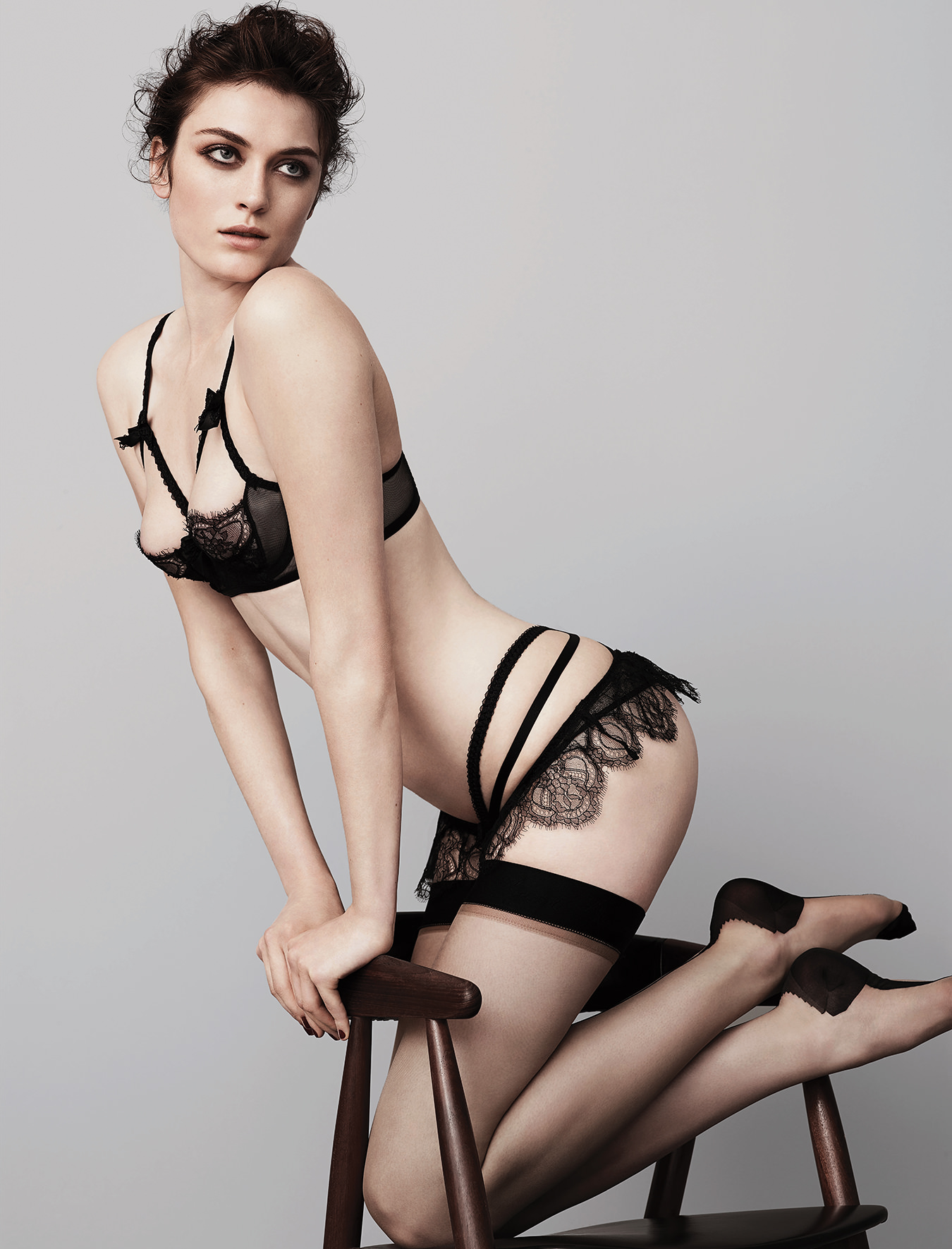 Initially the founders of a boutique, which they opened in 1994, Corre (who is Vivienne Westwood’s son) and Rees soon began exclusively developing and selling their own line of lingerie, when they discovered they couldn’t find enough of the type of product they wanted to sell. And thus began Agent Provocateur as we know it today.

“The store is much more approachable now,” says Shotton of its 20-year evolution. “In my time, people were scared to walk through the doors; they would say, ‘this is a sex shop.’ We’ve made it fun and acceptable, [and] the shopping experience and the environment has changed—it’s more luxe, it’s more relaxed. We do things that maybe you would get in a sex shop, but we do it in our own way.”

Attitudes toward lingerie and sex have definitely changed over the years, but Agent Provocateur has always actively sought to entice and empower women. “The ads that we’ve done have changed things,” says Shotton, “so it’s more about women in control.”

For instance, last fall’s campaign video poked fun at the fashion industry, showing three catwalk models being prodded and squeezed into clothing by a domineering designer. Eventually, they rip off his clothing and take to the runway in their lingerie: Agent Provocateur’s latest collection. Similarly, last spring’s campaign, shot by Miles Aldridge, garnered controversy for featuring a model dressed as a sexed-up Stepford wife. “Being a housewife is the hardest job in the whole world,” Shotton says, explaining how her own maternity leave last year influenced the campaign. “I was trying to bake, I was trying to breastfeed, and I was trying to look great every day. And that’s why we did [the campaign]: it’s virtually impossible to be that way.”

Beyond the campaigns, Shotton has always designed for “all age groups, all types,” she asserts, and her “designed for women, by women” approach has worked. This fall, Torontonians can explore the world of Agent Provocateur at the brand’s first stand-alone boutique in Canada, on Bloor Street. The 1,200-square-foot space will house the main, classic, bridal, swim, and hosiery and accessories collections, as well as Soirée, its limited-edition couture line. 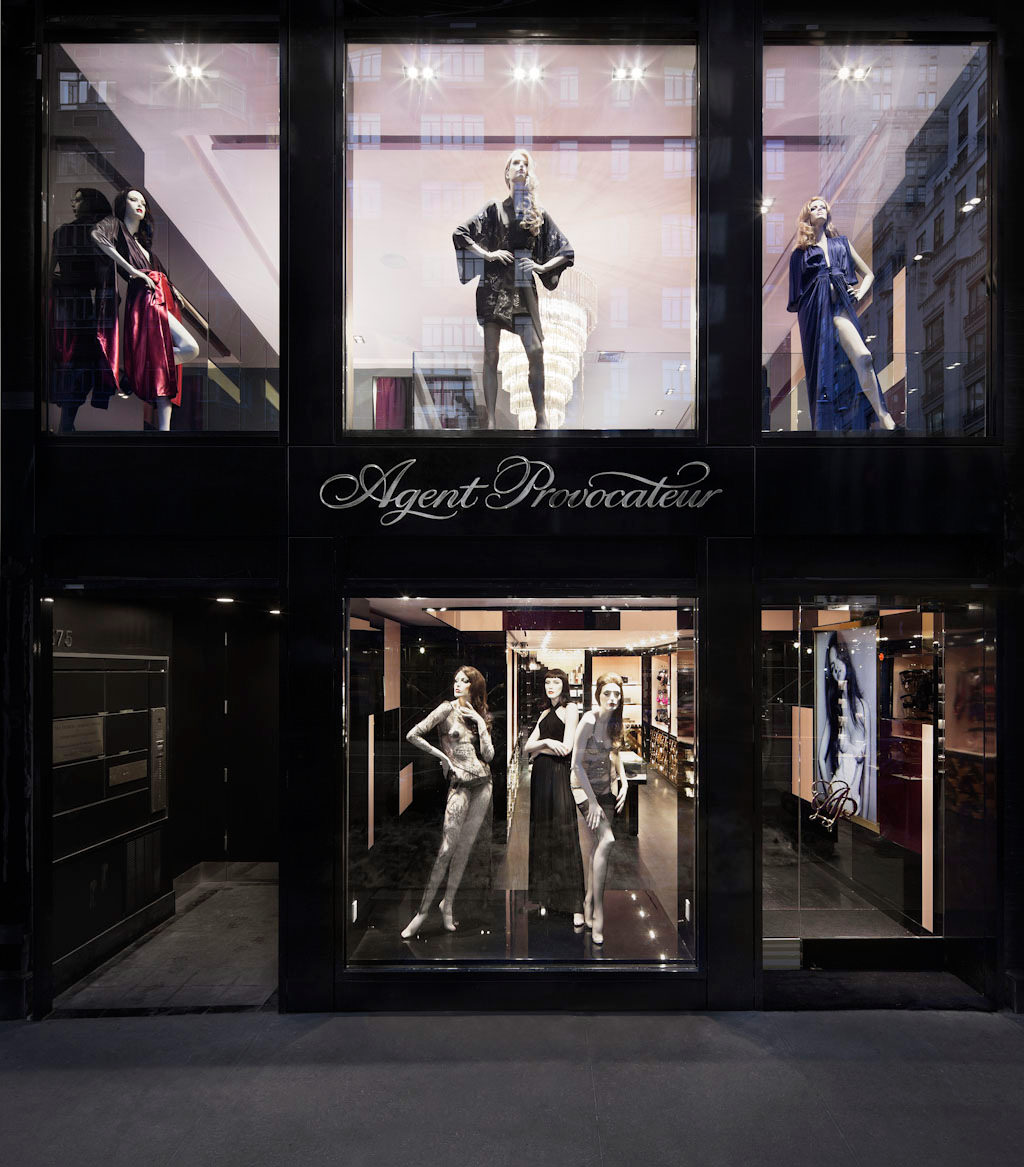 “Agent Provocateur is obviously about having sex, but it’s also about fashion,” Shotton says, explaining the different collections. “The main line is very fashion forward—I would say it’s like ready-to-wear, and, in fact, not many lingerie brands design a new collection each season.” This fall’s muse was Jerry Hall and features womanly silhouettes, opulent finishes, and rich colours such as emerald green and kingfisher blue. The Soirée collection “is designed to be worn at a party,” explains Shotton. “Soirée fabrics—Leavers lace from Solstiss, Broderies Deschamps [embroidery]—are over £100 a metre [$183 Canadian]. Soirée is all whistles and bells.”

For each of the lines, “we design one collection that goes worldwide [nearly 100 stores globally],” says Shotton. “I have a vision about what AP is, how I remember it from the early days, and I take the essence of all these bits, and what goes on paper is what ends up on the shop floor, nine times out of 10. It’s one brand message, one campaign, and it works.”

It works indeed. “Everyone knows the pink label,” nods Shotton, “and what’s amazing is that people today are building lingerie wardrobes. It’s a lifestyle.”