A Wellendorff enamel ring with the hallmark W crowned with a diamond.

Most mornings, brothers Christoph and Georg Wellendorff walk together for a kilometre or so along the winding, tree-lined streets of Pforzheim, Germany, to the headquarters of Wellendorff in the centre of town. At lunchtime, they stroll back to their respective homes to share a ­­midday meal with their wives and children, after which they return to work, and then walk home together once again at dusk. “We have three times a day, 15 minutes, just him and me,” says Christoph of the ritual. “He’s the best friend I’ve ever had.” Their daily routine indicates that the brothers thrive on tradition and value family. These principles are equally apparent in their business practices, in favour of operating the company as independently as the previous three generations of the family have. “The most important thing is family first,” says the 47-year-old Christoph. “Family values is the key element.” In a market that is dominated by luxury giants—with Bulgari joining forces with LVMH Moët Hennessy Louis Vuitton in March 2011, and Cartier, Piaget, and Van Cleef & Arpels already a part of the Richemont group—Wellendorff remains one of the few family jewellery companies still standing. 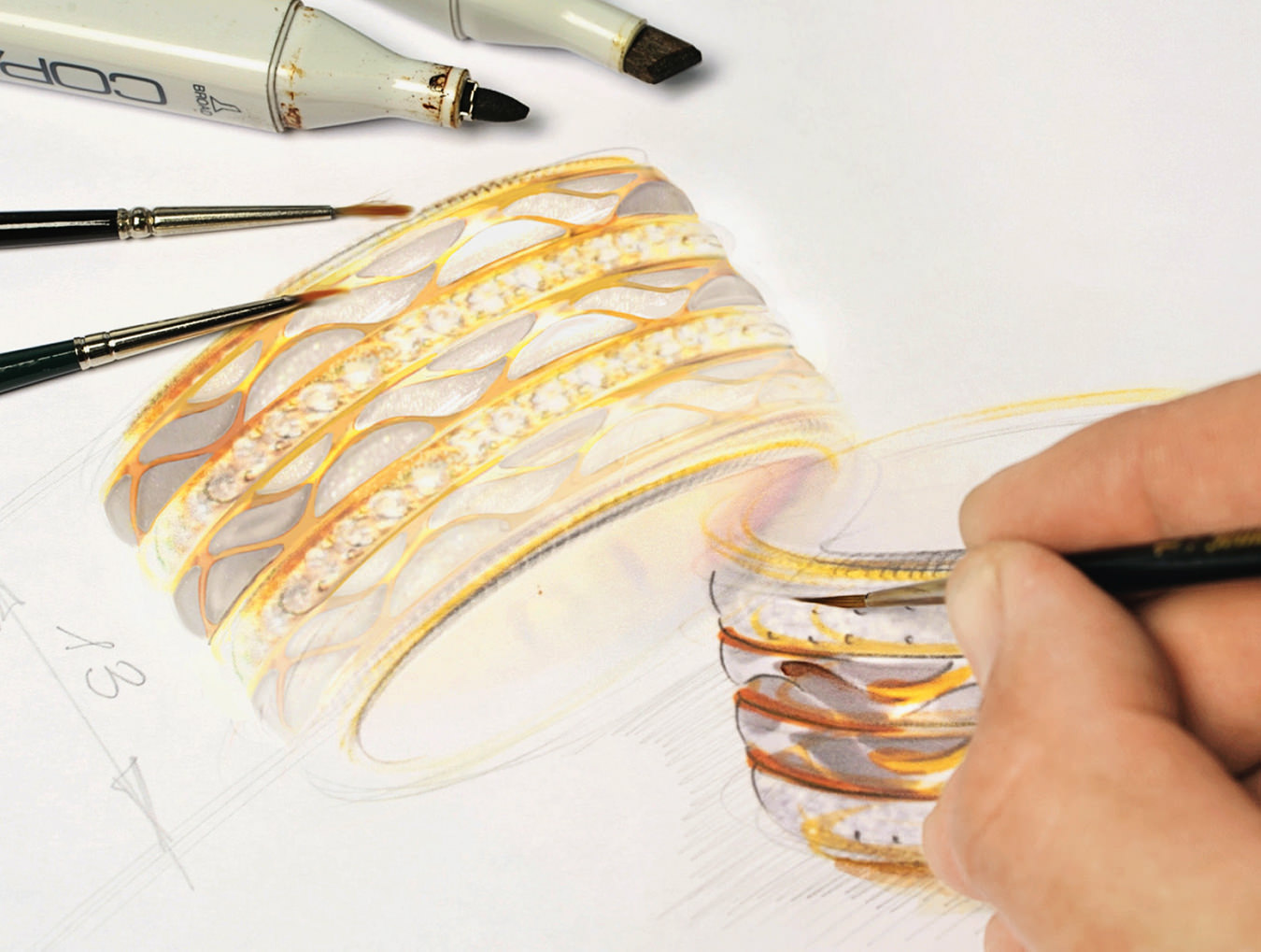 Wellendorff rope and jewellery designs at the company headquarters in Pforzheim, Germany.

Pforzheim’s goldsmith heritage dates back to 1767. At the time, the region’s ruler, the Duke of Baden, sought a way to ensure the welfare of Pforzheim’s orphans. Taking into consideration his wife’s insatiable desire for gold jewellery, he had the orphans trained to be goldsmiths. The first Wellendorff family goldsmith, to Christoph’s knowledge, was his great-grandfather Ernst Alexander Wellendorff, who began making jewellery for European royalty and aristocracy in 1893. Over several decades, Ernst exacted his goldsmithing techniques and passed them on to his son Alexander. It was Alexander’s son Hanspeter (Christoph and Georg’s father) who introduced the silk rope—the soft, supple, woven-gold chain with which Wellendorff has become synonymous. The Wellendorff rope came about at the insistence of Christoph and Georg’s mother, Eva. As the story goes, Eva had curtains with regal silk tassels that fascinated her immensely as a child—she enjoyed the feel of touching them and letting them glide through her fingers. Years later, she wanted a statement necklace—“a rope”—and thus, Hanspeter spent two years meticulously working with Wellendorff goldsmiths, refining the necklace to give it just the correct twist. “The good, exciting innovations come because of love, emotions. They don’t come because of a business plan,” says Christoph, recounting the tale. The golden silk rope is a design that has been a mainstay in the Wellendorff collection for nearly 40 years.

The family motto and company philosophy is wahre werte, which translates to “genuine values”.

The Wellendorff goldsmiths begin the proprietary process with gold ingots, which they melt down and then combine with an alloy of copper and silver to create 18-karat wire. They work and refine the wire until it is as fine as spun sugar. A Princess Rope necklace (45 centimetres in length) requires about 175 metres of gold wire. This wire is then handwoven in a tedious technique that requires several hours, limiting the staff of 65 goldsmiths employed by the company to produce only 30 pieces a day. “Every jewel we create must be made in our workshop in Germany. There’s nothing from Wellendorff coming from China, coming from other countries, coming from cheap-labour countries. Wellendorff jewellery is made under one roof, under the eyes of my brother. [That] kind of promise, we give to every piece of Wellendorff,” asserts Christoph. Each piece of jewellery passes through stringent quality checks before it receives the coveted seal of quality: a W crowned with a diamond. This made-in-Germany control is a Wellendorff hallmark that Christoph and Georg inherited, and one they intend to preserve for their descendants. 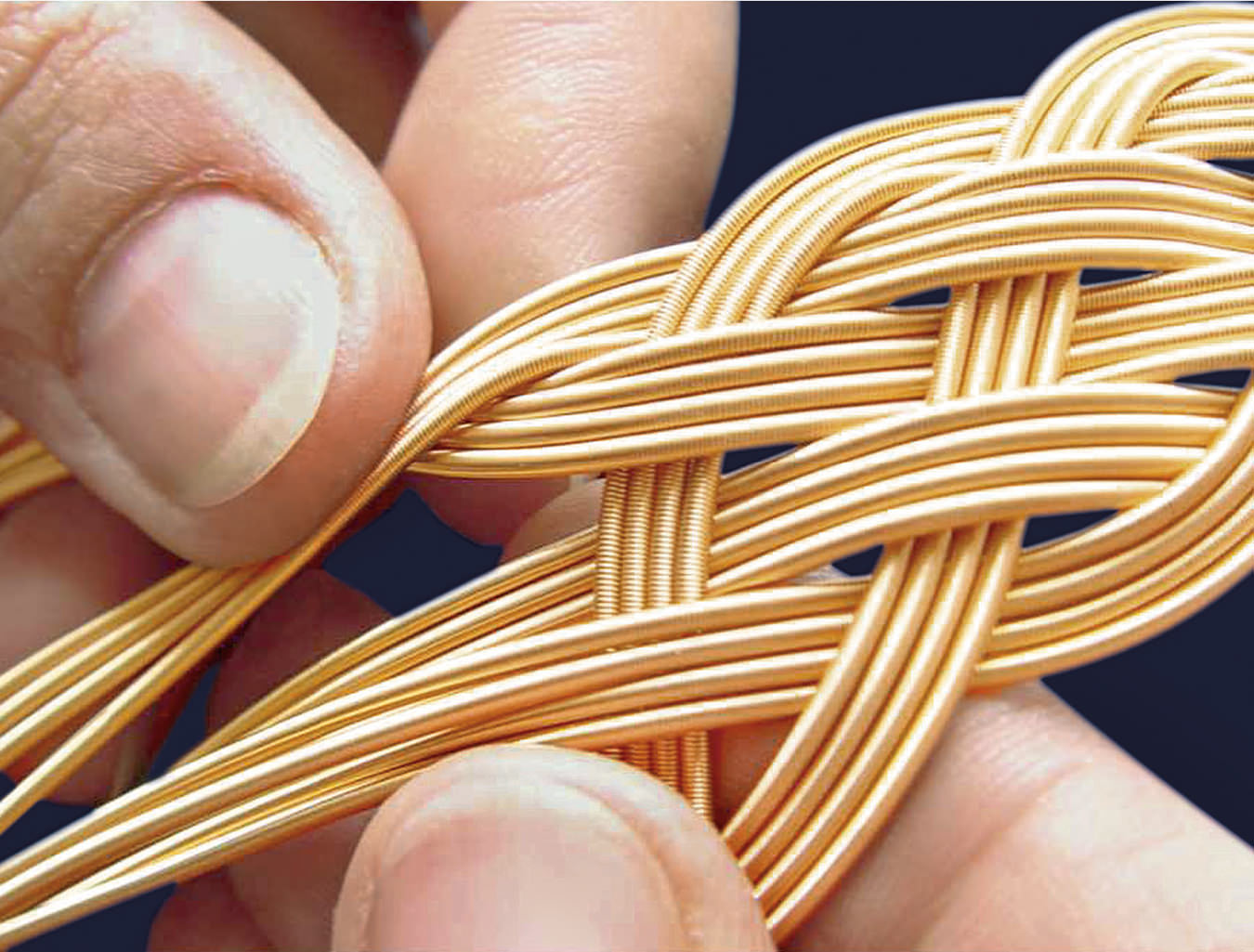 Wellendorff rope and jewellery designs at the company headquarters in Pforzheim, Germany.

The different personalities of the brothers so neatly reflects their responsibilities. Christoph is jovial, witty, and vivacious, and takes care of marketing, distribution, and design, while the more publicly shy Georg is methodological and sagacious, and heads manufacturing and operations. “He’s three years younger,” says Christoph of Georg. “He looks older, but he’s younger.”

Christoph laughs as he takes a glance at Georg, who is within earshot. “Georg is my best friend, but at the same time, we have a little bit of competition,” says Christoph. “I’m happy to say, for the last five years, I was the one that was winning. Our team sold more jewellery than he could produce.” Despite their personality differences, both brothers have an eagle eye. When millimetres make a difference, detail is not just paramount but gospel.

The family motto and company philosophy is wahre werte, which translates to “genuine values”. “The value and intrinsic beauty of our jewellery is more than just design and the quality of craftsmanship,” says Christoph, a trained goldsmith himself. “When we look back at where jewellery comes from in history, jewellery always had more than just an aesthetic dimension. It had a very emotional dimension. Jewellery should remind you that it’s more than just money. When you look back, when you were given a piece of jewellery, it is not easy to commemorate the exact date, but it’s easy to memorize the feelings exactly at the moment the jewellery was given.”

Christoph’s demeanour is infectious; he speaks so much about feeling that one gets the sense he’s a jeweller’s Wordsworth. “For three years, I was working on the bench [training as a goldsmith],” he says, “because this is what you need to get the detail and depth of what we are doing. The love for the material, the love for the jewellery, comes from the making. You have to experience. You have to hold a file [a goldsmith’s tool] for three years to understand how it should be done. It’s not a brain thing—it’s an emotional thing. You need time for the feel. It’s not something that has to be understood. It’s something that has to be felt.”

Wellendorff continues to grow, with boutiques in Düsseldorf, Mainz, Stuttgart, Berlin, San Francisco, Beijing, Hong Kong, and plans to open a boutique in Vienna this fall. There is also a growing list of retail partners, now numbering 120. “I travel a lot. I see that every culture has a jewellery way to express itself,” says Christoph, who speaks four languages and thrives on face-to-face contact. “It means there’s a Tiffany grade, an American way to express an American style of jewellery; Cartier is the French way; Bulgari, the Italian way; Mikimoto will be the Japanese way. We’re proud to plant some seeds [so] that everybody understands that Wellendorff is the German way of our culture to express our inner values … I should talk to my customers, see how their reaction is. I should talk to the boutique manager—‘How was your day? What did the customer say?’ This is important.” Wellendorff also brings proprietors and management staff of their global retail partners to Pforzheim every year to be reminded of their roots.

For Christoph, whose septuagenarian parents are still involved, there is no distinction between family and business. “I don’t think we differentiate between work and family life,” he says. “A manager is paid or is evaluated by quarterly reports. He has to reach a target by the end of the year. My evaluation comes from what we call a generation report. After 30 years of working, 40 years of working, I will write down what I achieved in my life. This is my report. My father will do this. He’s doing this right now. Our time frame is a generation. Is there a private life? Is there a business life? It’s just one life.”

Distinguished by its rich enamel designs and silky gold ropes, Wellendorff jewellery serves as a subtle status symbol, indicating that the wearer appreciates the timeless.

Distinguished by its rich enamel designs and silky gold ropes, Wellendorff jewellery serves as a subtle status symbol, indicating that the wearer appreciates the timeless. The Wellendorffs keep a tight rein on their jewellery designs. Every year, a team of designers present the family with preliminary designs, which are then narrowed down to just a few and made into prototypes. After months of test driving by the Wellendorff women, select pieces are put into limited production. Wellendorff’s designs are often personal expressions of family milestones; such is the case with the development of the enamel rings, another of the brand’s signature. “The first enamel ring, we did for my wife because I wanted to surprise her for our wedding with a ring that was unusual,” says Christoph. “Sapphires and rubies and emeralds, at that age [in their 20s], was too traditional. I wanted something fresh. Together, with one of our goldsmiths, we were drinking a lot of red wine one evening in my apartment and throwing ideas, going back and forth. All of a sudden, we said, ‘You know, enamel. That’s the thing. We will use enamel.’ [It] enables you to be colourful, to be joyful.” Although his father was reluctant to do so, as enamel is easy to crack, Christoph urged him to experiment. Determination prevailed; after a year of trial and error, Christoph presented the ring to his wife. 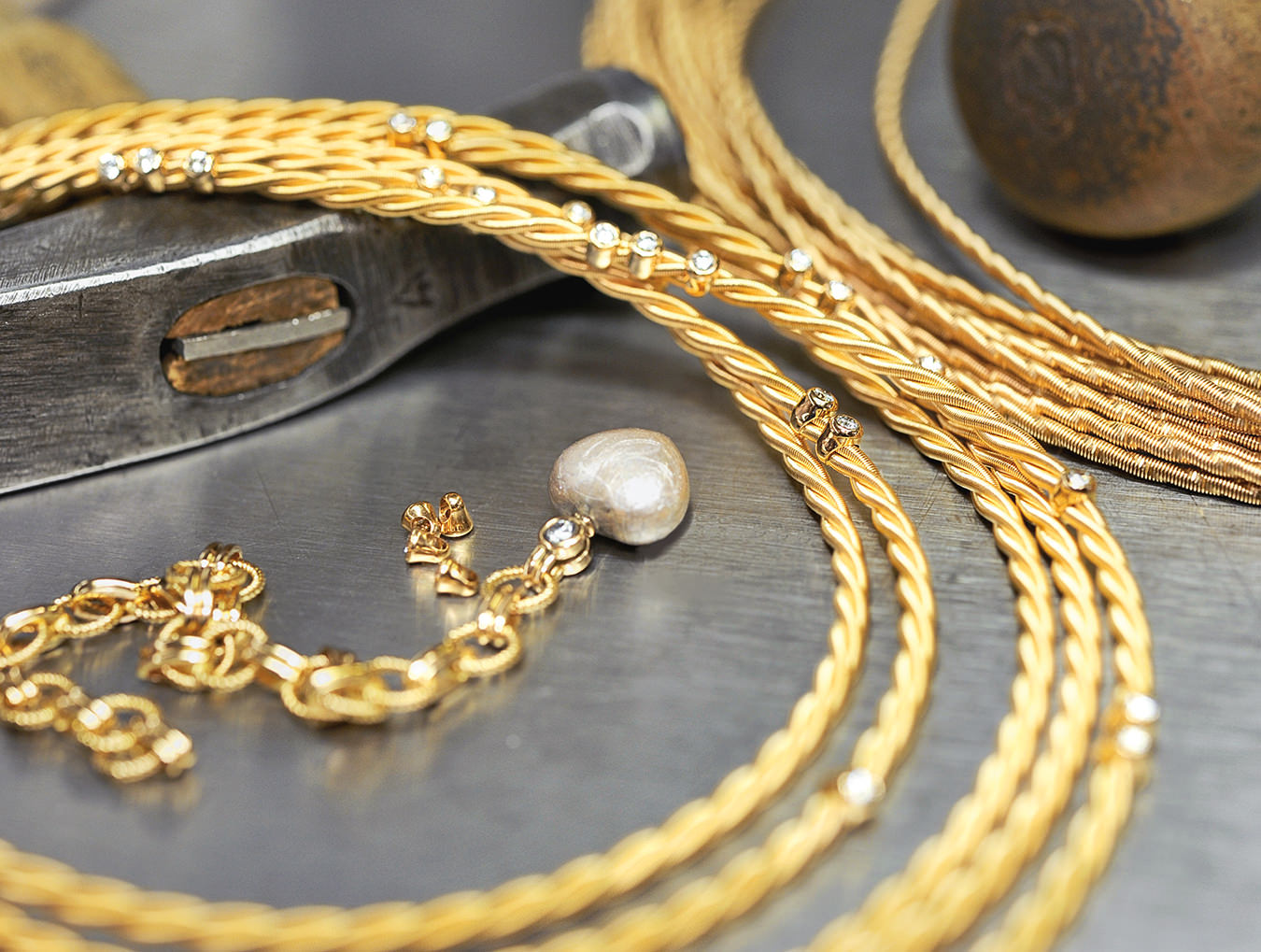 Wellendorff has created a special enamel, “what we call a cold enamel,” says Christoph, “that is heated at a lower temperature and is shock absorbing. That means it’s shockproof.” The enamel rings are an interplay of colour and ornamentation, each incorporating an inner spinning ring; the beauty is not just in the aesthetics but in the feel as well. The styles are many, and the colour selection is, it seems, endless. Each year, the Wellendorffs choose a motif—angels, sun, peace, papillon (butterflies)—for a limited collection of enamel rings, and collectors add to their repertoire.

One can only hope that Wellendorff remains a family-owned operation. “That’s one of our core values,” reminds Christoph. Spend some time with Christoph and you’ll know his words are backed by genuine truth: “I cannot imagine anything in the world related to money that will make me give away my wife, my children, my Wellendorff.” From Temple to Temple