It has been 50 years since car one rolled off the assembly line in the old Morris plant in Cowley, Oxfordshire, on May 8, 1959. The little Brit defied all style, and won the hearts of many and the world’s most famous rally. It has wheeled through the streets of every metropolis in the world and acquired a status that every company would envy—cult status.

Conceived as a bare-bones economy car in response to the Suez fuel crisis of 1956, the Mini was designed by Sir Alec Issigonis to be as small as possible with room for four people, low on fuel consumption, built with minimal material, and to use an engine that was already in production at British Motor Corporation. The result—initially sketched on a napkin—was a completely new car concept incorporating front-wheel drive, a transversely mounted engine, a gearbox located underneath the engine, and small wheels—just 10-inch tires. The car was originally launched as the Austin Se7en and the Morris Mini-Minor (differentiated by their badges and radiator grilles), and later adopted the Mini name. 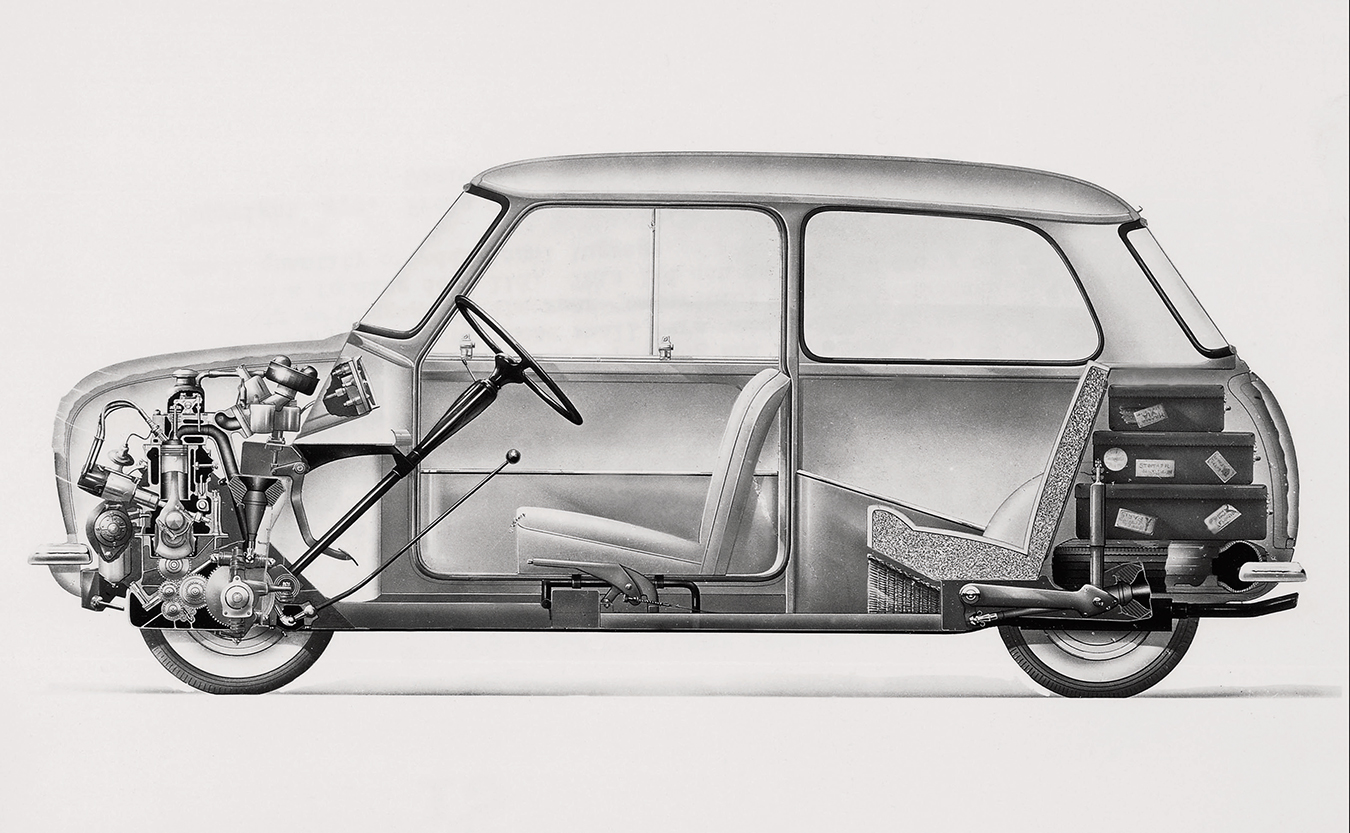 Illustration of the optimum use of small space in the Mini.

It was greeted with suspicion, for its unconventional (and some said ugly) shape and sparse interior. (Issigonis was a chain smoker, so the Mini included an ashtray, but as he hated music there was no radio. A heater was optional.) The compact dimensions—measuring just 3.05 metres in length—made an unfavourable impression on Britain’s driveways, where size and features indicated status. At a price of £496, Mini achieved almost 20,000 sales in 1959, far fewer than expected.

But by 1965, Mini had sold 1,000,000 cars and went on to become not only a legendary car, but a cultural icon, as synonymous with 1960s Britain as the Beatles. (Ringo is rumoured to have had his Mini customized so it could carry his drums.)

On October, 4, 2000, the last of 5,387,862 Minis was driven off the production line after an incredible run of 41 years. Increasing market and legislative demands for more safety, more space, and more features slowly drove Mini to the end.

In 2001, under the direction of the BMW Group, the second generation of the MINI (all caps, now, to differentiate the new from the old) came out on the market. (BMW bought what was left of the British Motor Corporation in 1994—then called the Rover Group—including the rights to the Mini name, as well as the old Morris Cowley plant where the original had been built.) The darling must-have vehicle of the swinging sixties was back, capturing the aesthetic sense of the original. Only slightly larger at 3.69 metres, it met all the standards and safety checks for today’s drivers. There was, again, no shortage of skepticism upon relaunch, but the MINI succeeded—again—and cultivated yet another coveted following, with sales continuing to grow. 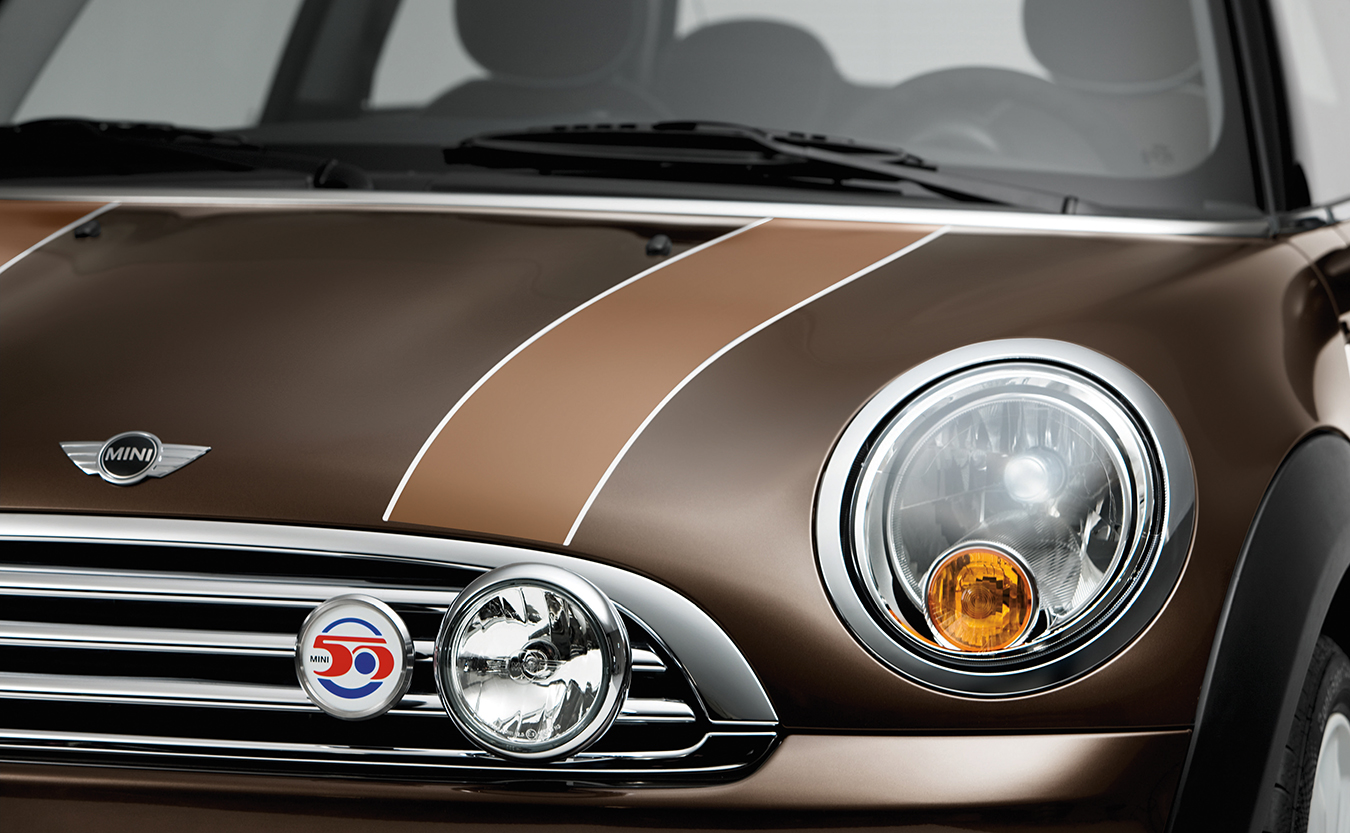 This year, in celebration of Mini’s 50th birthday, BMW has released a limited production of two new MINI models, both named after London boroughs: the Mayfair, intended to reflect the car’s high style, and the Camden, whose new voice-activated communications system is a precursor of technological developments yet to come.

The Mini, new and old, has an intangible quality—call it the “it” factor—and it continues to be one of the world’s most loveable cars. And to think that it all started on a napkin.

Care by Volvo Launches in Canada