Lucien Rémillard arrives early. It may well be a long-ago formed habit of his. He enters the grand room of his hotel, Le St. James, on Montreal’s rue St. Jacques, sitting grandly on the borders of the financial district and the Old Town, and takes in the atmosphere, briefly. His eye then wanders, examining floor to ceiling, while staff in the room continue their discreet service regimens. He smiles a little before sitting down. “I’m just checking to see if there is anything wrong. But it looks fine.” The coffee is on its way, and Mr. Rémillard is ready to talk.

He is not an effusive man, but, rather, concise, considered in his responses to questions. He prefers, clearly, to have a conversation rather than any kind of formal interview. He has accomplished many things in his life, and is still looking for new challenges. His business reputation, his success, was built on a waste management company that he began a decade or three ago. “We had a couple of trucks, then ten, then we were able to expand by buying other companies, and pretty soon we had a large fleet, a big business. I really loved it.” He has the ability to see an opportunity for what it is, and also the ability to execute a plan that will make it happen. 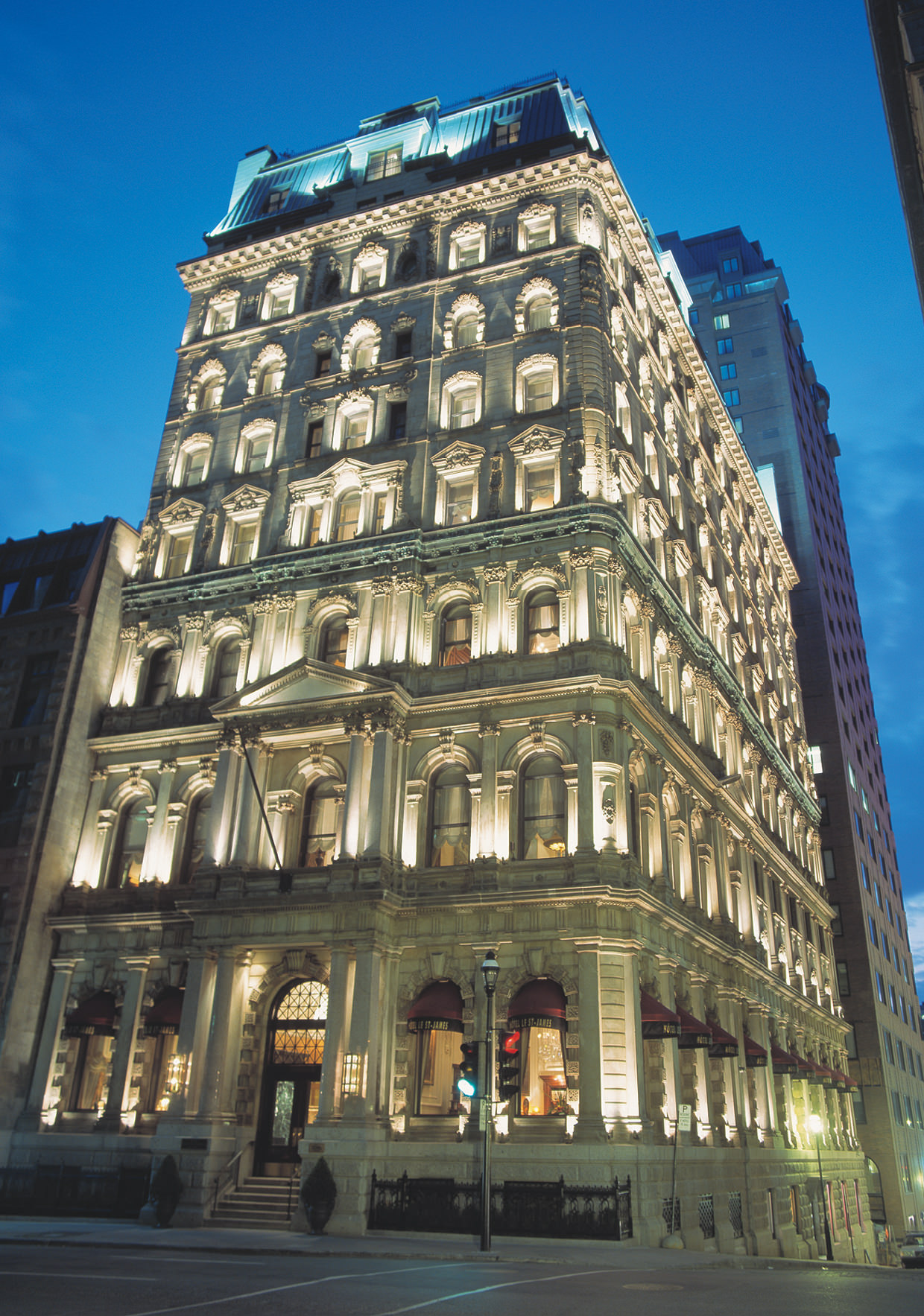 In the waste management business, acquisition is the norm, established by Michael DeGroote and his company Laidlaw, but this alone cannot in any way explain Lucien Rémillard’s success. He did make the most of his opportunities in that business, but then he moved on, and not always in a predictable fashion. “I owned some horses, and I became a driver for a couple of years, for one thing” he says matter of factly. “It was a great experience, the tail of the horse in front of you in your face, or the breath of the horse behind you on your neck. And I mean right on your neck. You could feel it, that’s for sure.” He enjoyed the adrenaline and the challenge, “but then I thought maybe I should buy a racetrack, and I couldn’t very well ride and own horses and own the racetrack too.” He believes in the track as a great destination, a family outing, but he states calmly “the only way the track can survive, though, is with casinos. So, who knows how it will go?”

Mr. Rémillard is also the financier behind Remstar Corp., an entertainment company that is making great headway into the highly iconoclastic world of Hollywood. His two sons, of whom he is overtly proud, Maxime and Julien, are heavily involved in this company, and Charlize Theron’s follow-up to her Academy-Award winning role in Monster is a Remstar production, titled Head in the Clouds. But these topics are not actually at the forefront of Mr. Rémillard’s mind at the moment. 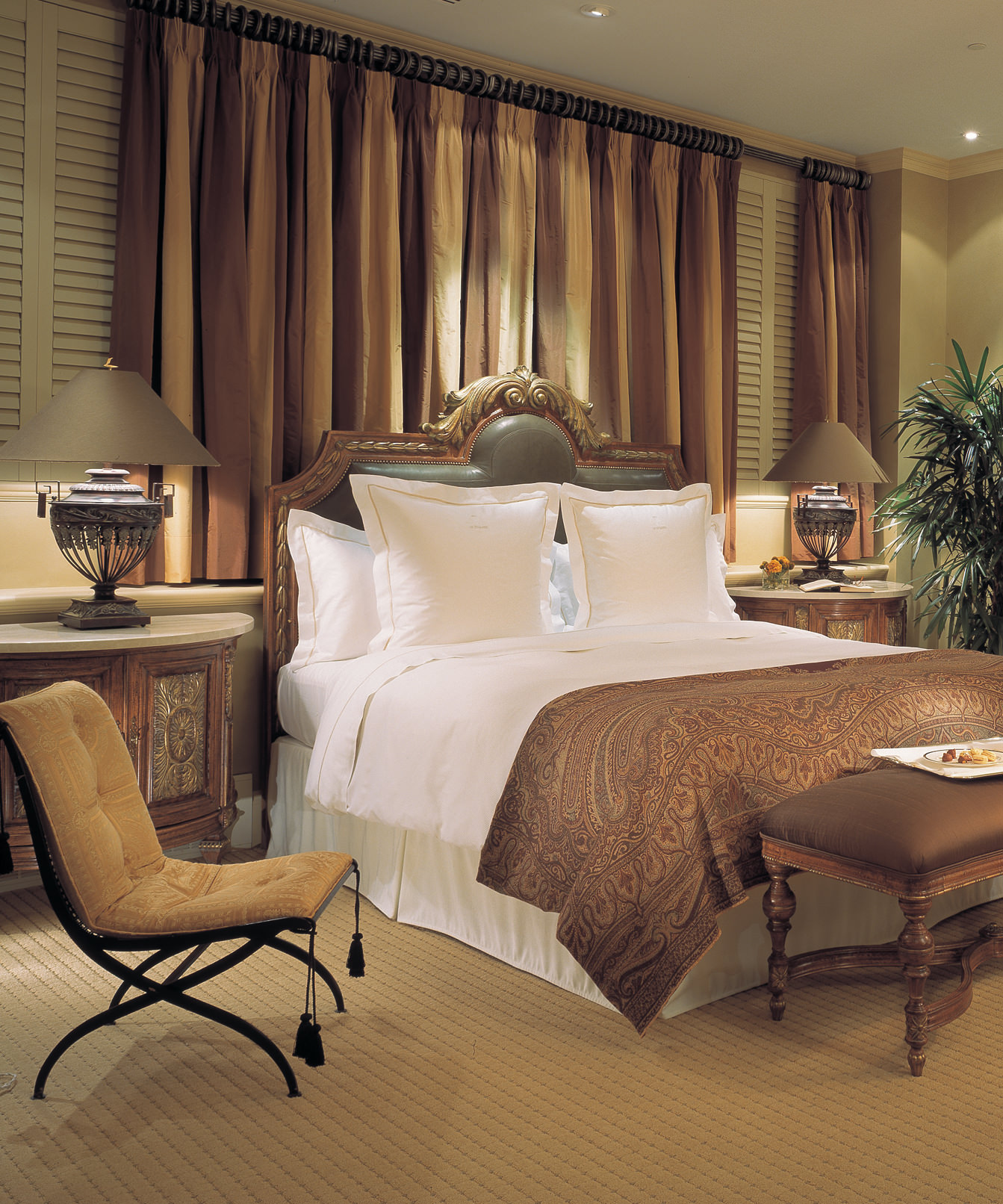 He is sitting in a discreet vestibule, one of several that constitute the west side of the Grand Salon at his hotel. Rémillard clearly enjoys being here, and speaks first and foremost about how, from the ground up, the hotel was built and designed with a demanding, exclusive clientele in mind, which does not prefer but expects discretion and quality. “I made a lot of notes in my travels, about how things were done in other hotels around the world that would not work here. I wanted this hotel to be comfortable for executives, business people, show business people, stars. Any guest should be able to feel at home in the salon, here, or in the restaurant. Discretion is vital, here.”

What does he mean, exactly? Well, “I wanted to open with a big splash, to show the world we were ready for business. We negotiated to have the Rolling Stones stay at the hotel during their tour. It was a lot of fun.” Fun, but it set a pattern that the hotel has rigorously followed: no matter how important the person or how big the name, each guest can in fact move about the hotel and enjoy complete freedom. “We once had a big movie star with us for three months. He was referred to us by Keith Richards. That’s the way it should be, one pleased client telling others about us.” 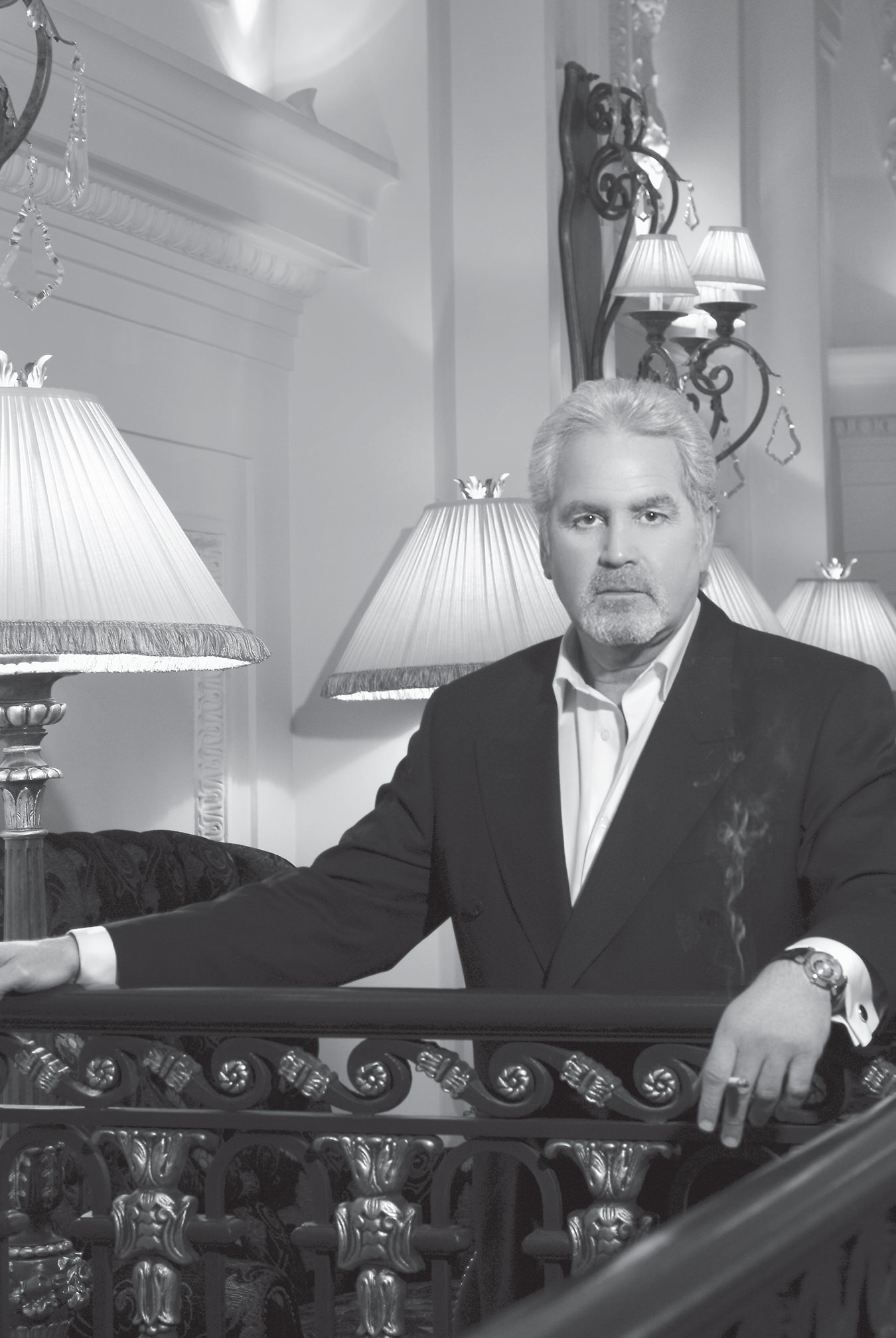 But celebrities and other important guests are not there only for the privacy of its environs. Le St. James is a world-class property, showing attention to the fine details of accommodation and service that make it one of the very finest in the world. Staff are aware of each guest’s name, and learn quickly what their particular needs are. “The service is highly personalized. It’s what I like myself, in a hotel.” He did travel extensively, though travel is not, for him, pure pleasure, but more in the line of research. “I wanted to learn. I visited a lot of hotels, and found things I thought would work here, and things that would not work. I read a lot of design magazines, too. And, you know, I built a nice house a few years ago. It took two years to build, and I was on site every day. So I knew something about building quality.” Despite, or perhaps because of, his extensive travels, this hotel is unique. “We did not pattern ourselves on another hotel, or group of hotels. The service here is very efficient, but not too formal. The clients must feel at ease.” It is a discreet environment, in the sense that amidst so much opulence and grandeur, the service level is attentive enough to make it almost cosy.

The flower arrangement takes place each day around 2pm, replacing yesterday’s adornments, some simple, but several dramatic and commanding attention. There was, in the business repertoire, a restaurant venture as well, so he knows how the fine print of service can, and should, work. This morning, three musicians, recognizable, certainly, are taking their croissants and coffee, strollers, babies, wives there as well, almost as if they were at a private home. It is the St. James philosophy in action. But, “I didn’t start out to be in the hotel business. I bought the property for my other business, but it didn’t work out. And then I was looking for a small place to turn into an auberge, for my wife. Out of that came this place. And there is a set of condo units across the street. Very nice.”

Largesse of space. The Grand Salon, formerly Bankers Hall in this Heritage building, with its original art prints worked onto the walls of various room still intact, acts as symbol of it, but the entire hotel enacts it. The 23 Deluxe rooms, 25 junior suites, five Heritage Collection suites, one Royal, one Presidential, and, one Terrace apartment, all give clients a superb feeling of luxury and space. There is what even the highly privileged may have already come to expect, in terms of appointments, the large bathrooms, huge soaker tubs, and what we can only term functional living space.

But there are things here, including the extremely alluring overall effect of luxury that is functional and in some important way understated, that one cannot readily find in hotel rooms, in Canada or anywhere else in the world. The chairs and couches, the crown mouldings, the wood panelling, the artwork, the range of items in the mini-bar, the very nice bottle of red on a serving tray, proper stemware, a central-command telephone keypad, a sound system that actually sounds good, and the list goes on. 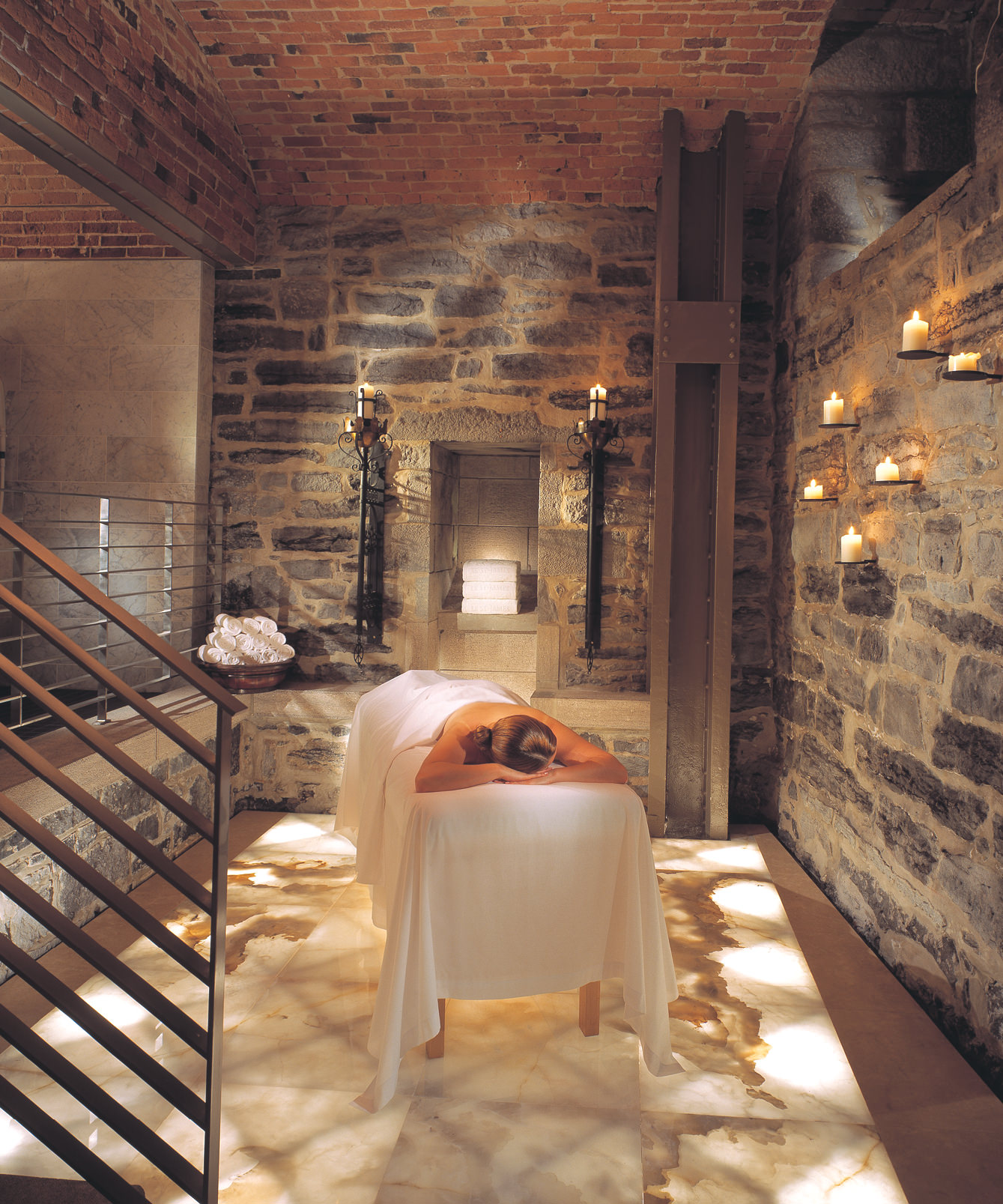 The penthouse suite, with its extensive wraparound terrace, is in every respect a private sanctuary, a home. Nothing is missing here, although many things are included that you might not expect in a hotel, and it features its own private elevator. No wonder Mick and Johnny felt great here. As fine as this suite is, it is not in any way out of keeping with the other suites and rooms at the hotel. It is simply larger, with a few appointments here and there that space allow for. From top to bottom, Le St. James is extraordinarily comfortable, relaxing, discreet and top quality.

Lucien Rémillard sits on his banquette just off the Grand Salon, and tells a story or two about horse racing, and about the movie business, about selling Intersan, his first, and hugely successful waste management company. “I’m back in that business again, you know. I really love it. But in a much larger way this time, of course.” And are the disparate aspects of his business interests at all a concern? “No, not at all. This hotel, it is a business, so it has the same basic demands as any business.” So, it is abundantly clear that Mr. Rémillard knows how to do, and run, a business.

In the lovely library just off the front door, immediately to your right as you enter the foyer, there are such books as Thomas Pynchon’s Mason and Dixon, Joyce’s Ulysses, works by Nabokov, Proust, some poetry, plenty of travel books, a real reader’s cornucopia. And when they say service is discreet at Le St. James, what they mean is that Sting and his band and road manager are sitting quietly in that library, taking a coffee and croissant, while they wait for a bus and some automobiles to be loaded up. There is no stargazing, no extraneous milling about. Rémillard observes the scene approvingly. “You see. Everyone who stays here is treated with the same respect and service. And they always can count on having their privacy. It’s the kind of place I enjoy staying in myself.” There is not likely to be a higher compliment paid to this fabulous place.