About a two hour drive from São Paulo, Brazil, on the mountainous coastline near the town of Guarujá, a house breaches the rainforest’s dense canopy. From a bird’s eye view, it stands out amongst the surrounding dark greenery—excepting its rooftop infinity pool and fireplace, the Jungle House looks as if it grew from the rainforest itself. It’s an elegant structure, treading the line between the natural and the man-made, created by architecture and design firm, Studio mk27, for a couple and their four children looking to escape the hustle of São Paulo for weekends and holidays. 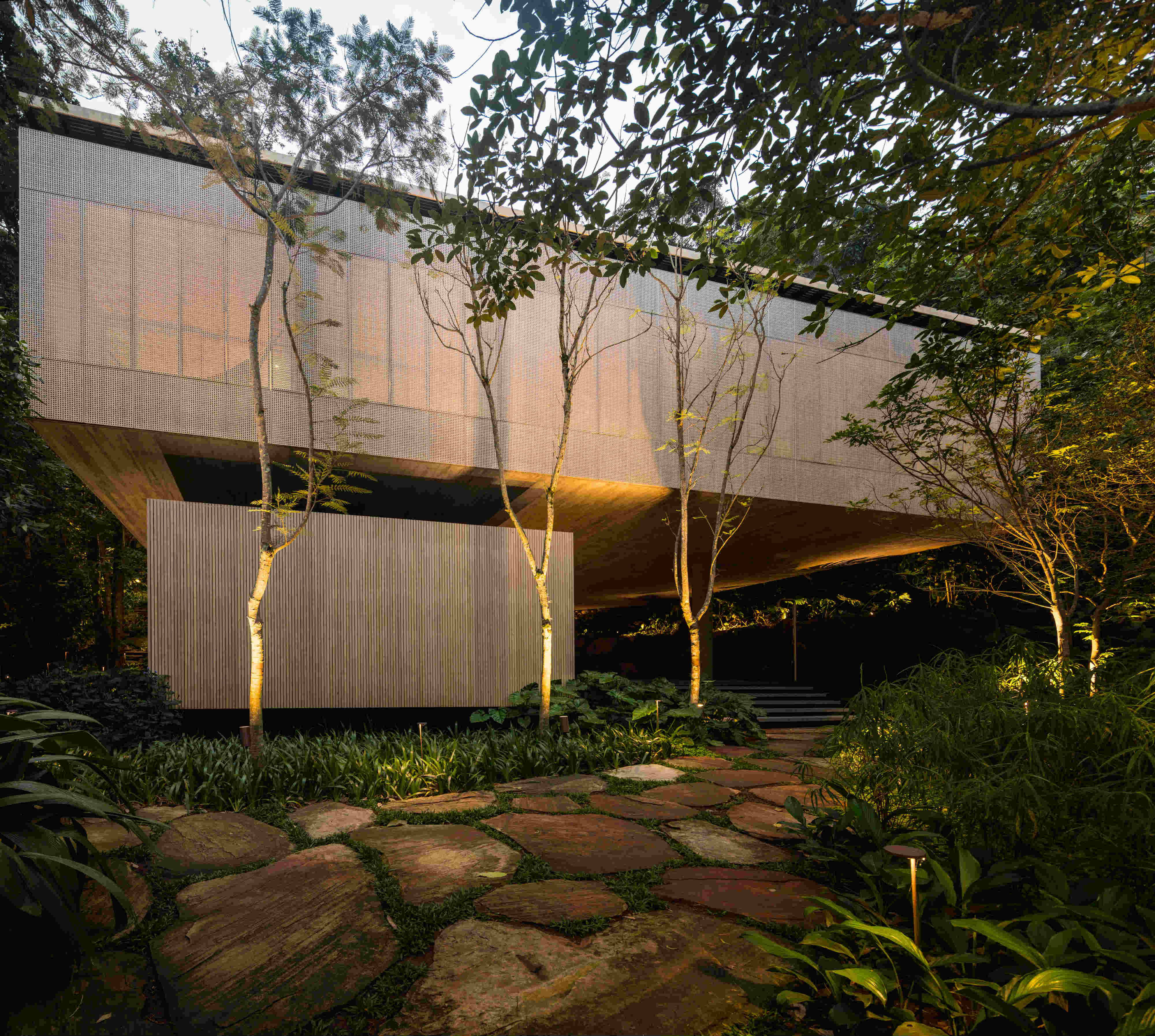 “They also wanted a nice social space to gather friends and family,” says Studio mk27’s project manager Samanta Cafardo. Together, she and partner Marcio Kogan, along with interior design director Diana Radomysler, conceived of and designed the Jungle House. “The idea was to insert the house into the landscape as unobtrusively as possible while maintaining the connection to the existing vegetation surrounding it and allowing for the sea view,” Cafardo says. 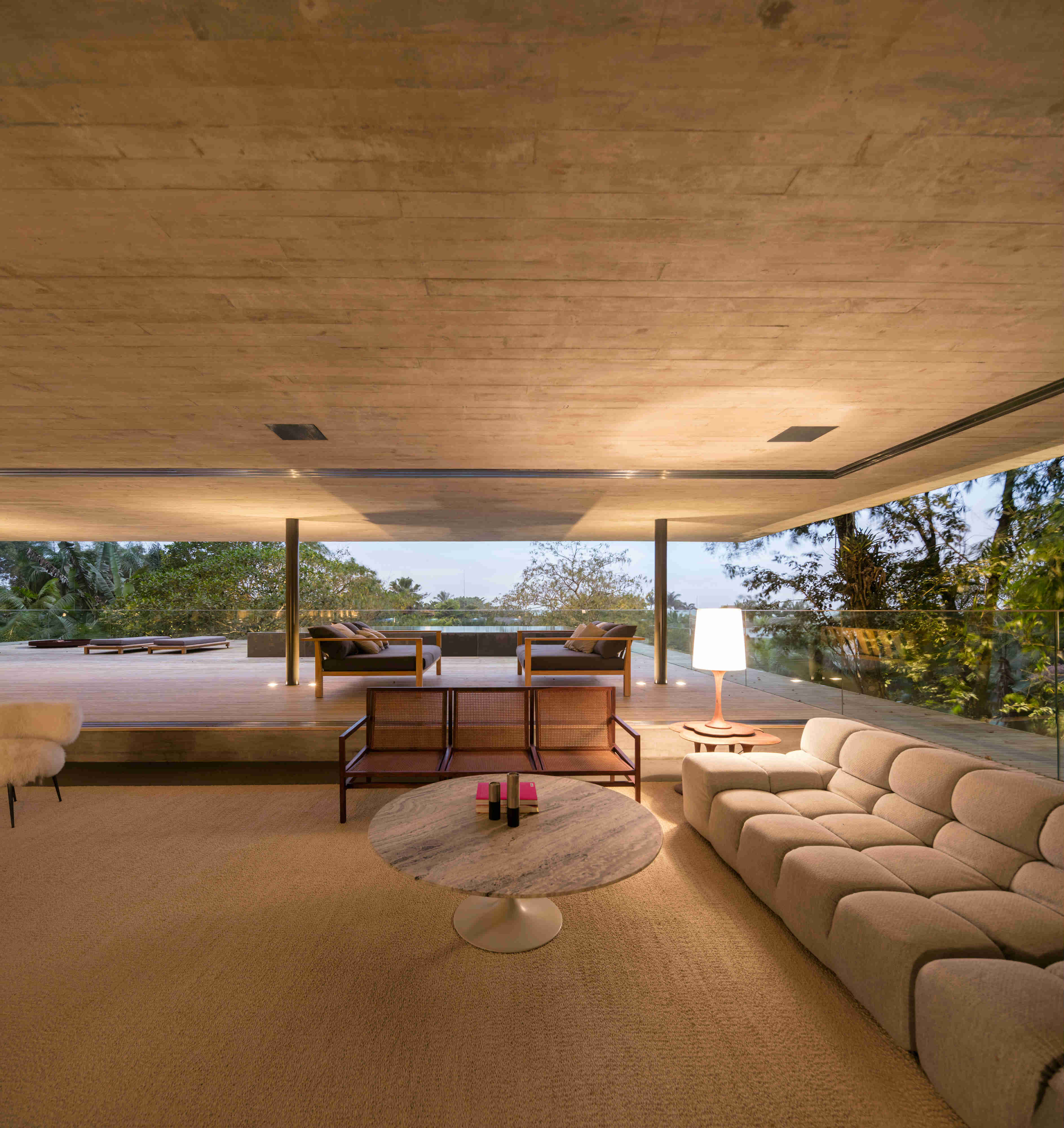 Yet finding a suitable plot of land for the Jungle House was complicated, as Brazilian environmental protection laws restricted the architects to a very confined area. “However,” adds Cafardo, “what at first appeared to be a limitation actually prompted us to see a bolder and more creative architectural solution.” To limit the disturbance on the rainforest floor, Kogan and Cafardo elevated the house on two pillars, which also give the impression it extends from the mountain slope. Wooden decks that make up each of the three floors were then shaped accordingly to respect the existing land and plants.

What Studio mk27 builds is merely a small piece of coloured glass in a large kaleidoscope.

Upon arriving at the first deck—the entrance to the Jungle House—one is greeted by an illuminated wall piece by artist Olafur Eliasson, while vegetation and giant boulders seemingly reach onto the deck from the side. Visitors then ascend a staircase to an open living space with six bedrooms—five of which have small verandas and hammocks—and a TV room. Moving up, the roof features a hot tub and sauna on one side and an infinity pool and fire pit are on the other. A seating area for socializing is sequestered beneath a small green canopy. 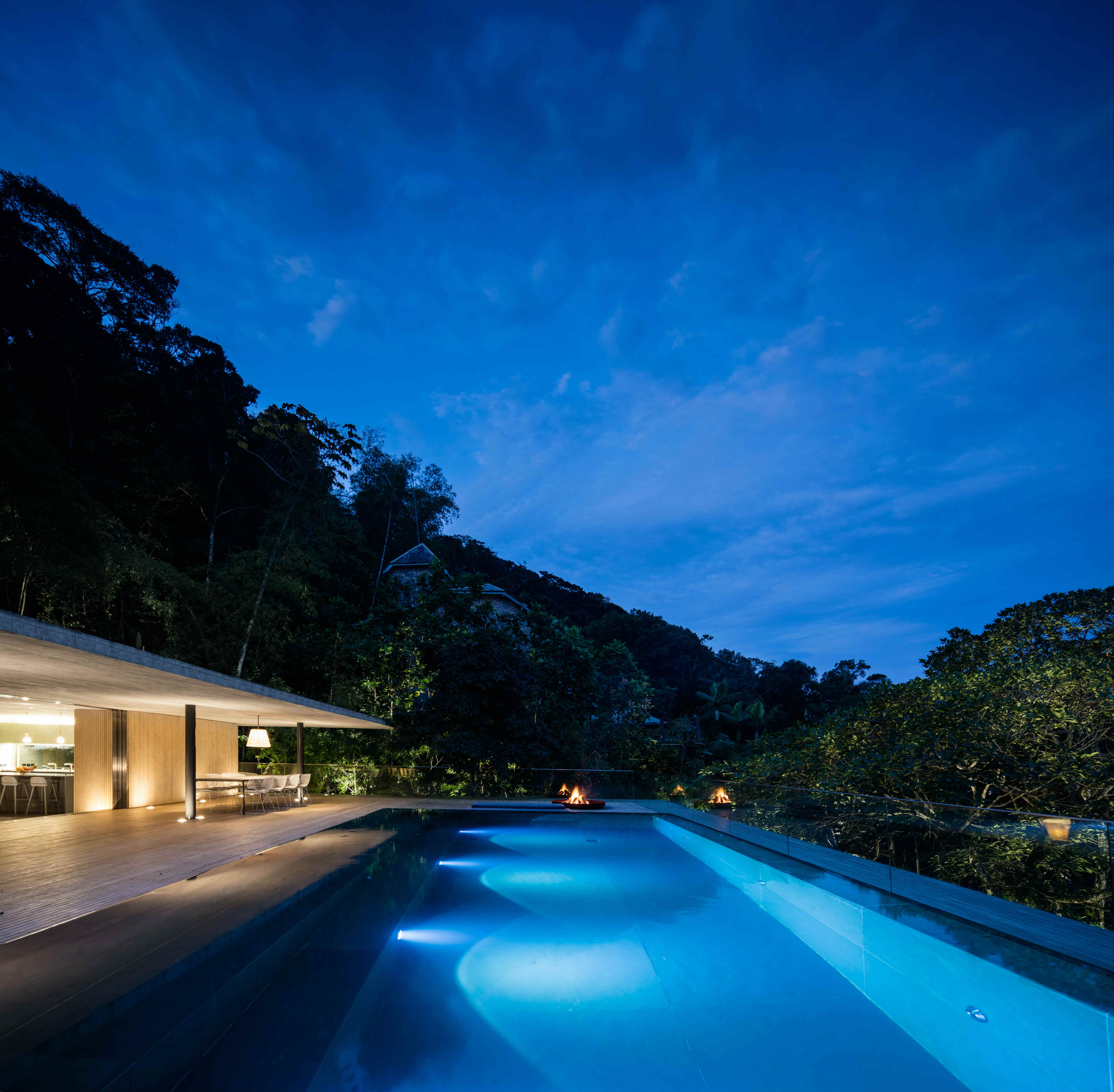 “I believe that it is fundamental for an architect to be connected with everything around them,” adds Kogan, “what Studio mk27 builds is merely a small piece of coloured glass in a large kaleidoscope.” Kogan and his studio succeeded in building the Jungle House as a way for a family to disconnect from city life; however, the greater achievement lays in the connection made between the house’s inhabitants and the nature which surrounds them. From the Jungle House’s roof, one looks towards a gorgeous ocean view, while behind and on either side of the house, lush tree tops create the calming sense that the rainforest extends forever.

Hotels in Former Post Offices (Worth Writing Home About)