“I don’t have time. I am running out of time.” Heard either (or both) of these statements from mom a few times? Every day makes for a good day to honour mom, but on the calendar-specified Mother’s Day why not bestow on her a special timepiece. Give her the gift of time; fact is, she always has time for you. 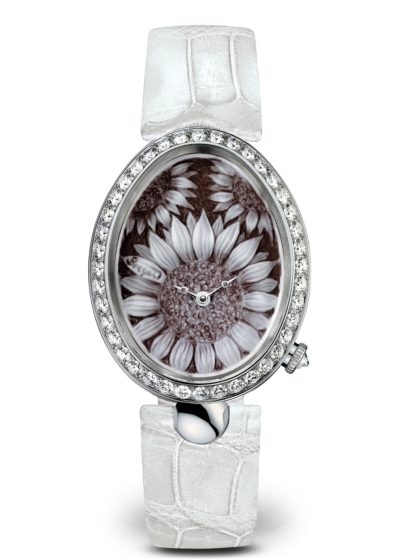 The Queen of Naples, Caroline Murat, younger sister to Napolean Bonaparte, commissioned what is documented to be the world’s first wristwatch, a Breguet timepiece number 2639, in 1812. At the time, Breguet was the preferred horologist of Europe’s royal. In 2002, Breguet launched the Reine de Naples collection in tribute to this historical timepiece. The Reine de Naples 8958 Cammea is one of the most recent models, a unique piece, with the sunflower cameo carved of natural seashell. The traditional craft of cameo was popularized in Torre del Greco, a small town located at the foot of Mount Vesuvius in Naples, Italy. Using a steel stylus, the craftsperson painstakingly carves the dial by hand, the raised relief-carving of various layers of a seashell no more than a depth of two millimetres. The egg-shaped 18-carat white gold case is set with 40 diamonds on the bezel along with a briolette diamond on the crown. The self-winding calibre 537.1 movement has a power reserve of 40 hours. 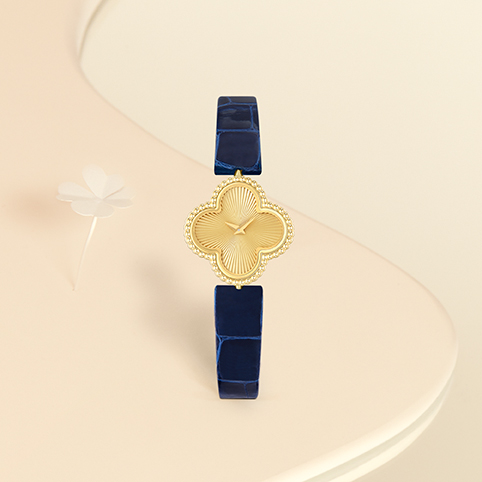 Mother and former first lady Jacqueline Kennedy, and later Onassis was known to wear her Cartier, a yellow-gold Tank with a black leather strap, for decades. (Her timepiece, manufactured in 1962, was sold at auction by Christie’s for $379,500 in 2017.) The most glamorous women in the world know that few watches are as elegant as Cartier. The Panthère de Cartier was originally created in 1983, and this updated version of the classic timepiece features the same square case and dial showcasing the maison’s signature roman numerals with a triple loop bracelet that hugs the wrist in the most nonchalant way. While keeping time, the Panthère de Cartier Triple Loop Bracelet doubles as a fine-jewellery piece.

While the Day-Date is a staple within the Rolex repertoire, the new turquoise dial model turned heads at Baselworld when released this past March. The Day-Date has held its position in the Rolex catalogue since its launch in 1956. It’s a 36mm watch that likes to dress up, but can just as easily dress down. There are so many variations within this family of timepieces with a wide range of dial colours, but the turquoise dial framed with 52 diamonds on the bezel may just be the best yet. 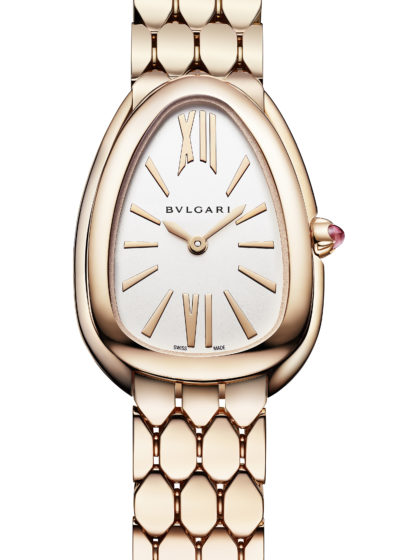 Bulgari continues to evolve the Serpenti Seduttori collection with new interpretations of the Roman jeweller’s signature motif: snake. The creature, which represents exotic charm and hypnotic appeal, has been reimagined on numerous occasions for Bulgari timepieces. The Serpenti Seduttori novelty released at Baselworld this year is a new take on the legendary snake-shaped watch with its drop-shaped case and beautifully shaped links as scales and ruby cabochon on the crown.