The madness of the Toronto International Film Festival (TIFF) will soon descend on the city. It’s the time of year when bleary-eyed film fanatics form endless queues, celeb-spotters plant themselves in festival territory, party keeners pour themselves into cocktail attire, and everyone grumbles about the traffic. Also there’s the issue of where to grab a drink and a bite before or after the show. We’ve sussed out some places for all types, and yes, there’s plenty of champagne. 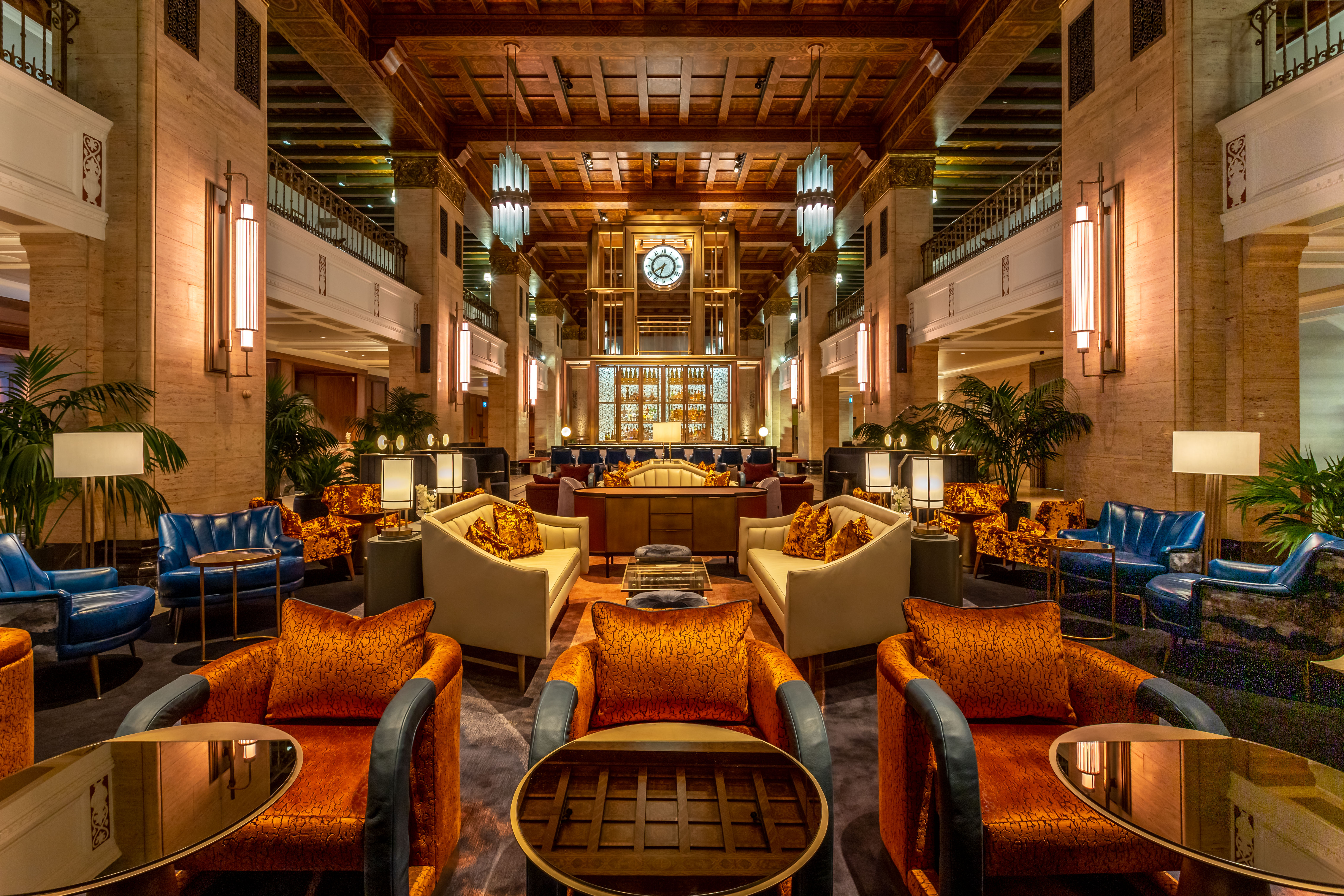 Clockwork, the Fairmont Royal York’s grand new lobby lounge, is devoted to cocktails and champagne, offering TIFF-goers a speakeasy-style space in which to discuss their latest viewing.

Where to unpack the film

One of Toronto’s most storied properties, the Fairmont Royal York has recently undergone a bit of a nip-tuck. Well, actually more like a facelift—the subtle and elegant type an A-list star would get. Clockwork, its grand new lobby lounge, is devoted to cocktails and champagne, offering TIFF-goers a speakeasy-style space in which to discuss their latest viewing. The signature libation is Meet Me at the Clock, a handsome swirl of gin, lemon, and Moët & Chandon champagne, all surrounding a sphere of frosé (frozen rosé). A misting of absinthe provides the finishing touch. Other bubbly picks include Veuve Clicquot Rosé and the $600-a-pop Louis Roederer Cristal, for those who are in a seriously celebratory mood. Nibbles run from Scotch eggs to East Coast oysters to Pacific sturgeon caviar, served with chips and crème fraîche. 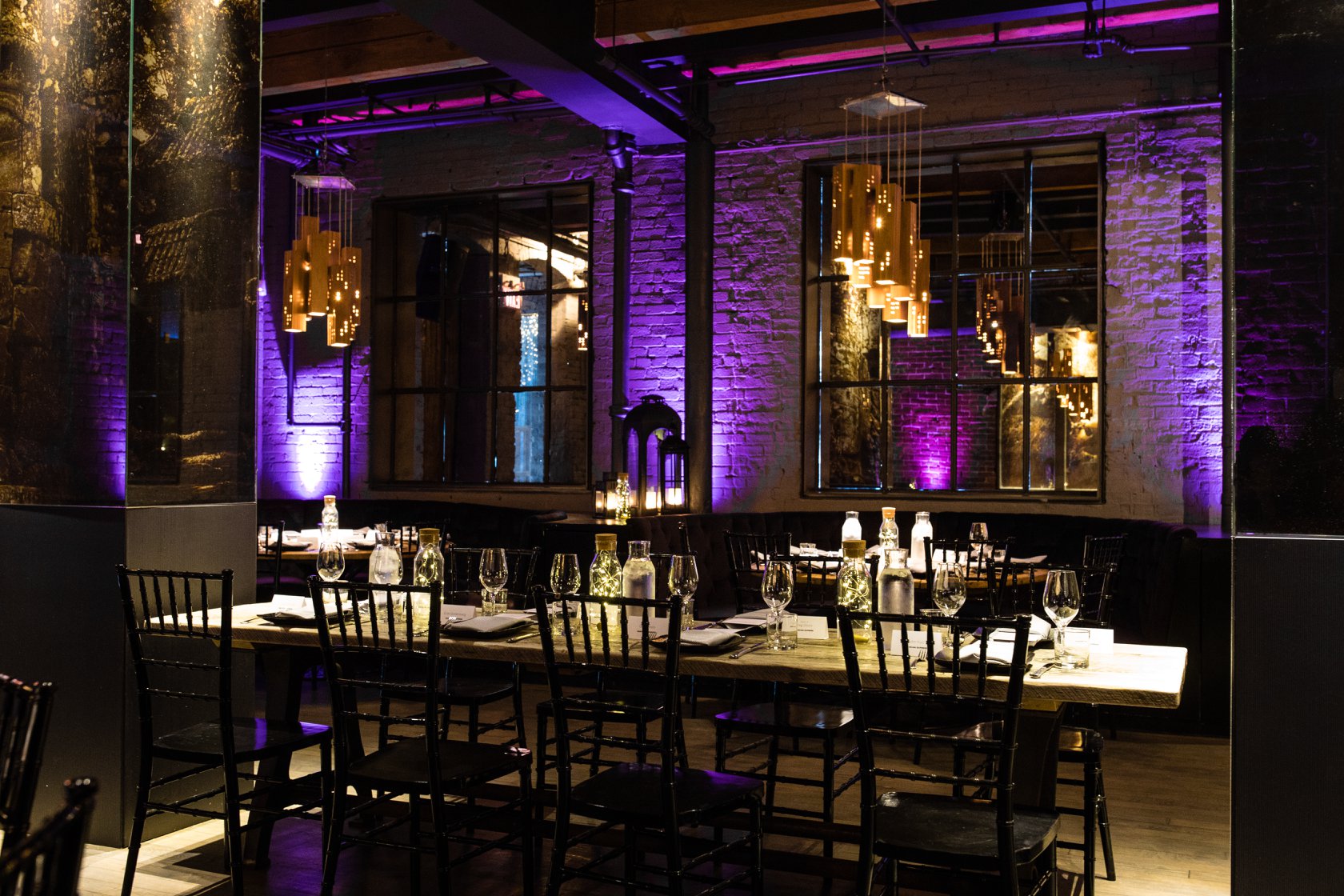 Backed by the Liberty Group, it’s safe to say that Xango will be one of the see-and-be-seen spots over the course of the festival.

Where to get your party on

MasterChef’s Claudio Aprile doesn’t like sitting still, and he sure won’t be with his latest endeavour: Xango. Backed by the Liberty Group (major players when it comes to TIFF), it’s safe to say that the King Street restaurant will be one of the see-and-be-seen spots over the course of the festival. “It’s definitely going to be the hub for the film festival this year,” Aprile says. “It’s pretty exciting!” While exact event details remain to be zipped-up, a number of shindigs have been confirmed. Those lucky enough to dine at the not-yet-open resto will experience, as Aprile notes, “big, bold, and bright” flavours inspired by the chef-preneur’s background and extensive travels throughout South America and Asia. Look out for a ceviche bar. Chances are, festivities will spill over into neighbouring space Arcane—yet another buzzy newbie accessible through a secret doorway. If you will it, you can find it. 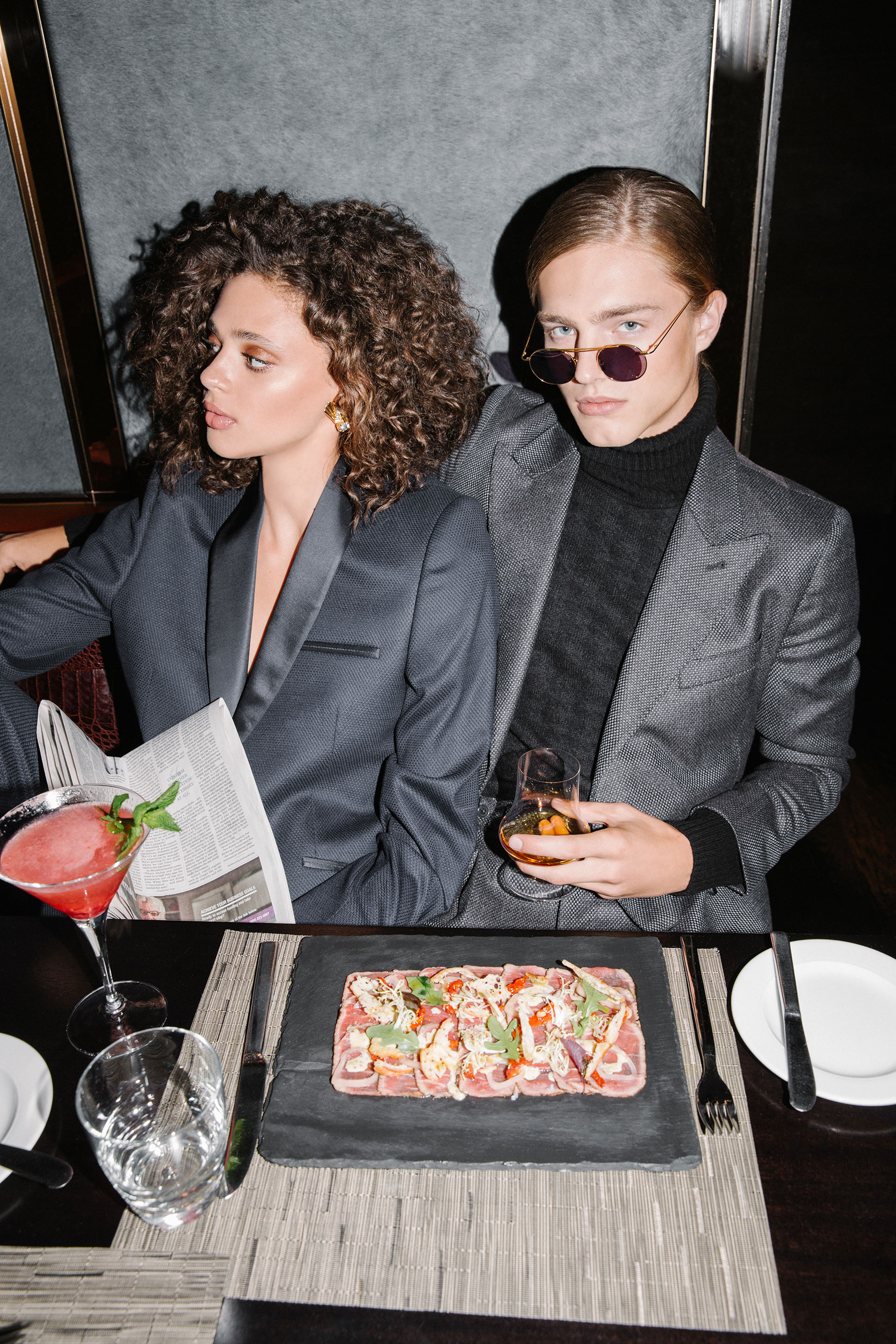 Grass-fed PEI beef tenderloin is painted with Dijonnaise, crostini, arugula, and Parmigiano-Reggiano for a handsome and tasty pre- or post-viewing snack at ONE.

Where to play celeb

Last TIFF, a stream of stars including Drake, the Biebers, and Lady Gaga dined at Mark McEwan’s one and only ONE. This swish dining space (and the accompanying Hazelton Hotel) is renowned for its hush-hush attitude toward its guests, offering a proper respite from the surrounding festival chaos. Drinkwise, the resto is crafting Red-Carpet Rocket cocktails, marrying Canada’s Levenswater Spring 34 Gin with arugula, Forelle pear simple syrup, and lime for a très fresh tipple. There’s also an extra fancy carpaccio aimed at film buffs: grass-fed PEI beef tenderloin is painted with Dijonnaise, crostini, arugula, and Parmigiano-Reggiano for a handsome and tasty pre- or post-viewing snack. 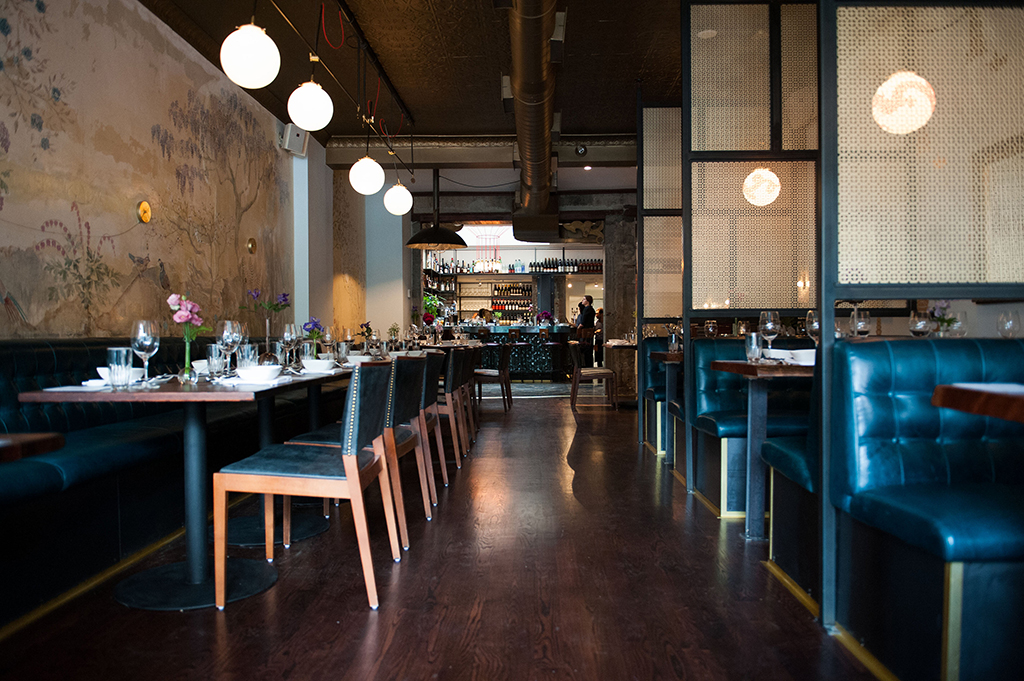 Over on College Street, chef Nick Liu is luring customers to his beloved DaiLo restaurant.

For the true foodie

Over on College Street—slightly off the festival track—chef Nick Liu is luring customers to his beloved DaiLo restaurant with a dish that pulls out all the stops. Liu has garnered plenty of ink and climbed many a Canadian resto list, thanks to his approach to New Asian Cuisine (just please don’t call it “fusion”). For TIFF, he’s opted to gussy up chawanmushi—a savoury steamed egg custard originating in Japan. This “baller item”, as Liu describes it, is spiked with truffle, decadently topped with oysters and Acadian caviar, and finally spooned with smoked butter dashi. Regular folks can expect to do a spot of star-gazing here or at the upstairs bar, Lopan; guests during past TIFFs have included Margot Robbie, Olivia Wilde, and Jason Sudeikis. 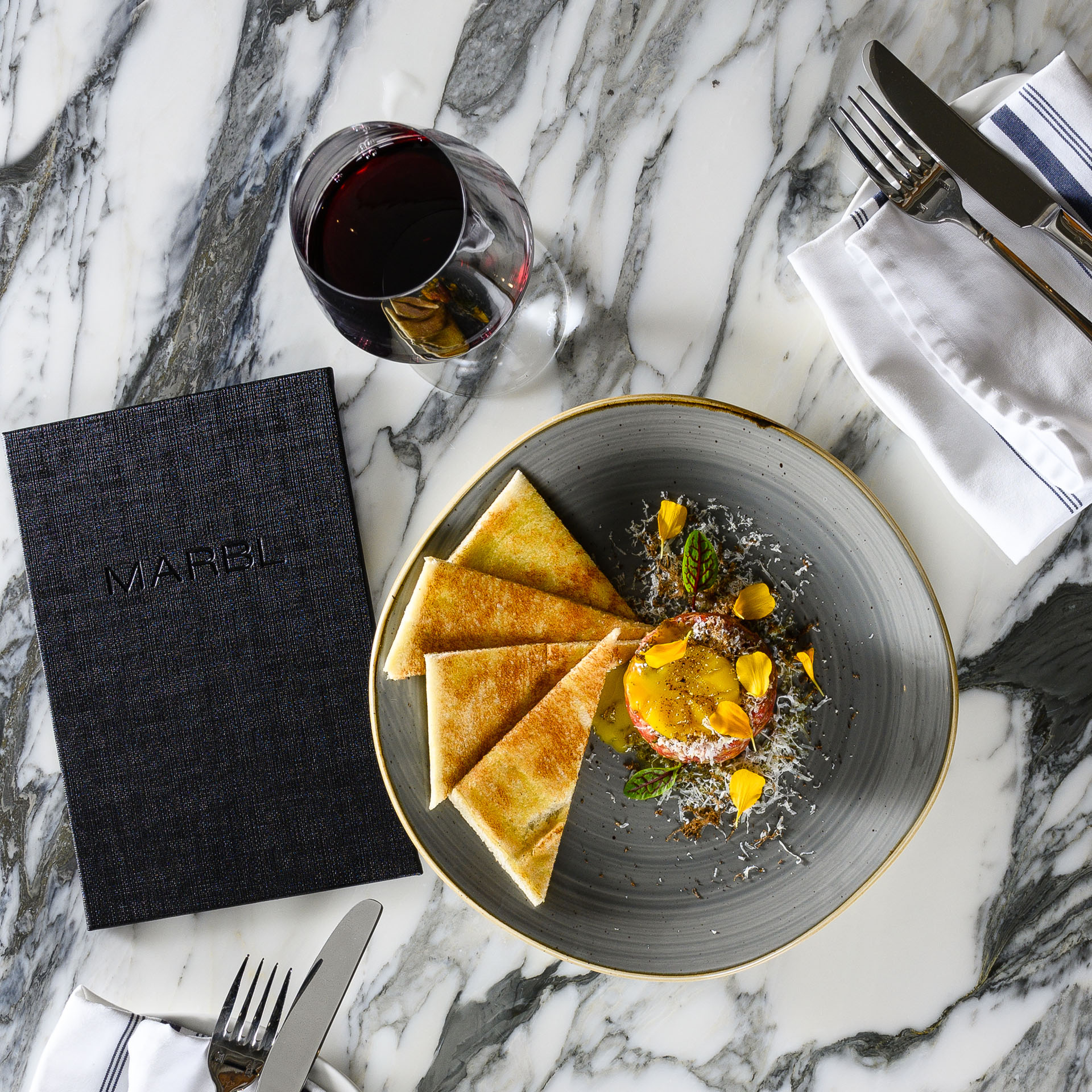 Marbl, decked out in (yes) marble, is sure to be a TIFF destination.

For an intimate patio party

A hop, skip, and a jump away from the TIFF Bell Lightbox, Marbl is sure to be a TIFF destination. Its slender patio is clad in, yes, marble, with creeping vines and curving chandeliers making it a proper hideaway from the bustling street. Tucked beneath the main resto is Mademoiselle, a bar devoted to champagne. Dom Luminous takes pride of place, housed in its very own double-sided glass fridge. There’s also a mini-Moët vending machine—one of only two in Canada. Bites like lobster and ricotta dumplings and tagliatelle in a San Marzano tomato sauce will satiate those in need of pre- and post-viewing nourishment. Meanwhile, if you’re looking to indulge, you can tuck into the sharing platter, which includes a 48 oz. tomahawk steak, rack of lamb, and more; add foie gras to make it a true showstopper. The opening weekend of the festival sees the restaurant transform into a Hollywood red carpet with the Nordstrom Supper Suite Pop-up, the Creative Coalition’s annual “Spotlight Initiative Awards Dinner Gala,” and the Collider Media Studio filling the space with starlets like Kate Winslet, Susan Sarandon, and Nicolas Cage. 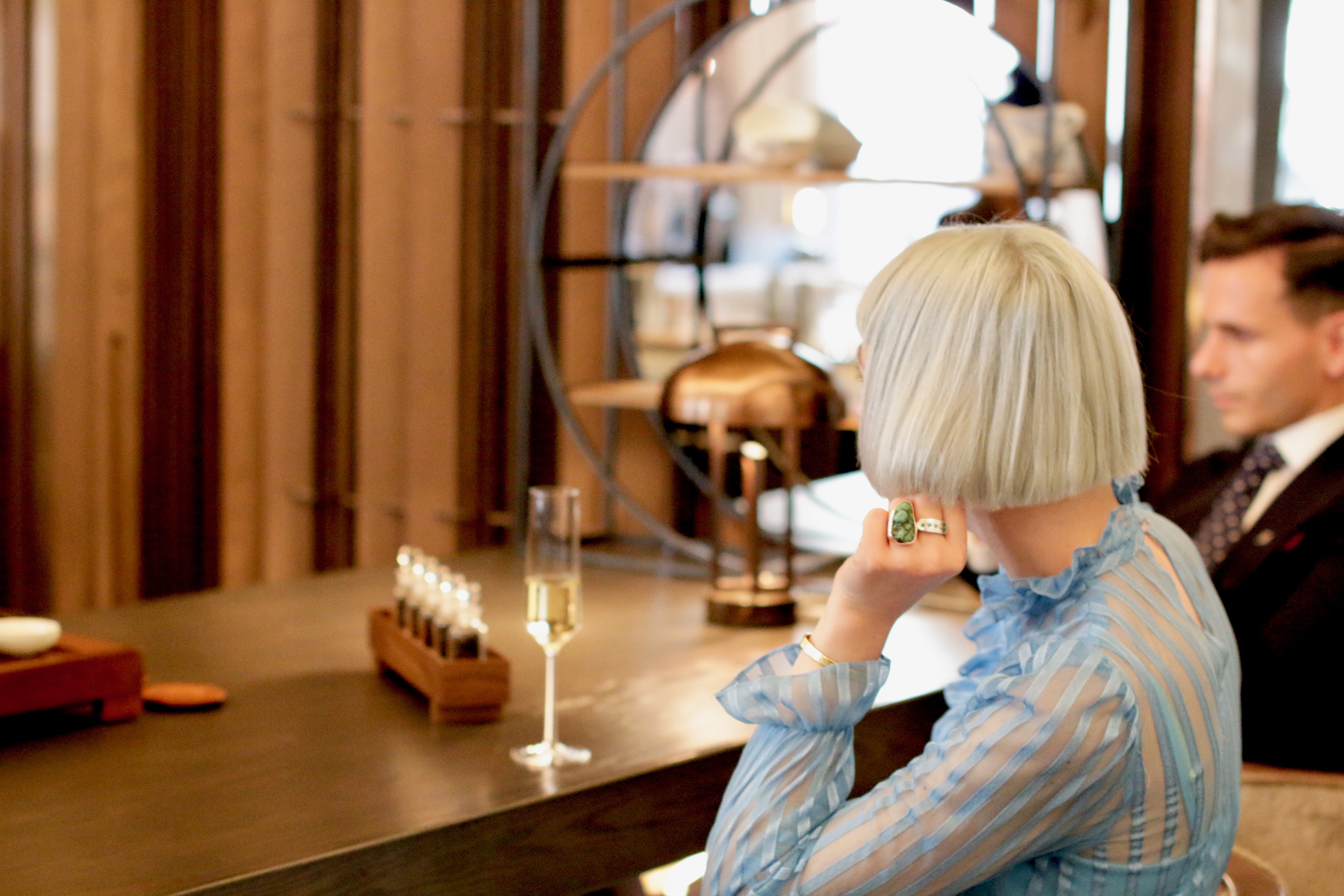 Sit beneath a swirling, whisky-inspired ceiling mural and order the grand seafood platter and whole truffle chicken to share at the St. Regis Toronto. Photo by Caroline Aksich.

For all the Hollywood glamour

The St. Regis is where luxury lives, so it goes without saying that the property will be frequented by many a boldfaced name during TIFF. Mere mortals won’t be able to access the Hollywood Reporter Studio—or the A-lister photo shoots and interviews taking place there—but the proximity to stars is still stimulating. However, there is a fan version in the lobby, allowing a bit of photographic fun. Perhaps more fun is the Moët & Chandon Champagne Lounge, meant to toast both TIFF and 150 years of Moët Impérial. Expect loads of bubbly in addition to the 6 p.m. daily champagne sabrage. Food can be found at Louix Louis, the gilded restaurant found up on the 31st floor. Sit beneath a swirling, whisky-inspired ceiling mural and order the grand seafood platter and whole truffle chicken to share. End with a giant (truly giant) slice of chocolate cake. Come le weekend, Louix Louis does a royal brunch for two that dazzles. The meal includes seven dishes, such as New York strip steak with truffle-topped scrambled eggs and mini French toast smothered in foie gras. Add a bottomless mimosa, if you dare.