Astronauts have long dubbed the Bahamas the most beautiful place on Earth. From space, its turquoise waters and coral reefs form an aerial pastiche as pretty as a painting—it’s no wonder Apollo 11’s Edwin “Buzz” Aldrin vacationed on Paradise Island after admiring it from the moon.

The 2.8-square-kilometre island off the coast of Nassau became a magnet for the influential when A&P supermarket heir Huntington Hartford II opened the Ocean Club in 1962. Early guests included Zsa Zsa Gabor, Elvis Presley, and Sean Connery, who filmed Thunderball on the island. And that isn’t the resort’s only 007 connection—several of the scenes from the 2006 remake of Casino Royale were also shot on the grounds. Today, the Georgian-inspired estate-turned-Four Seasons Resort remains a living love letter to the island’s history as a getaway for the glamorous. 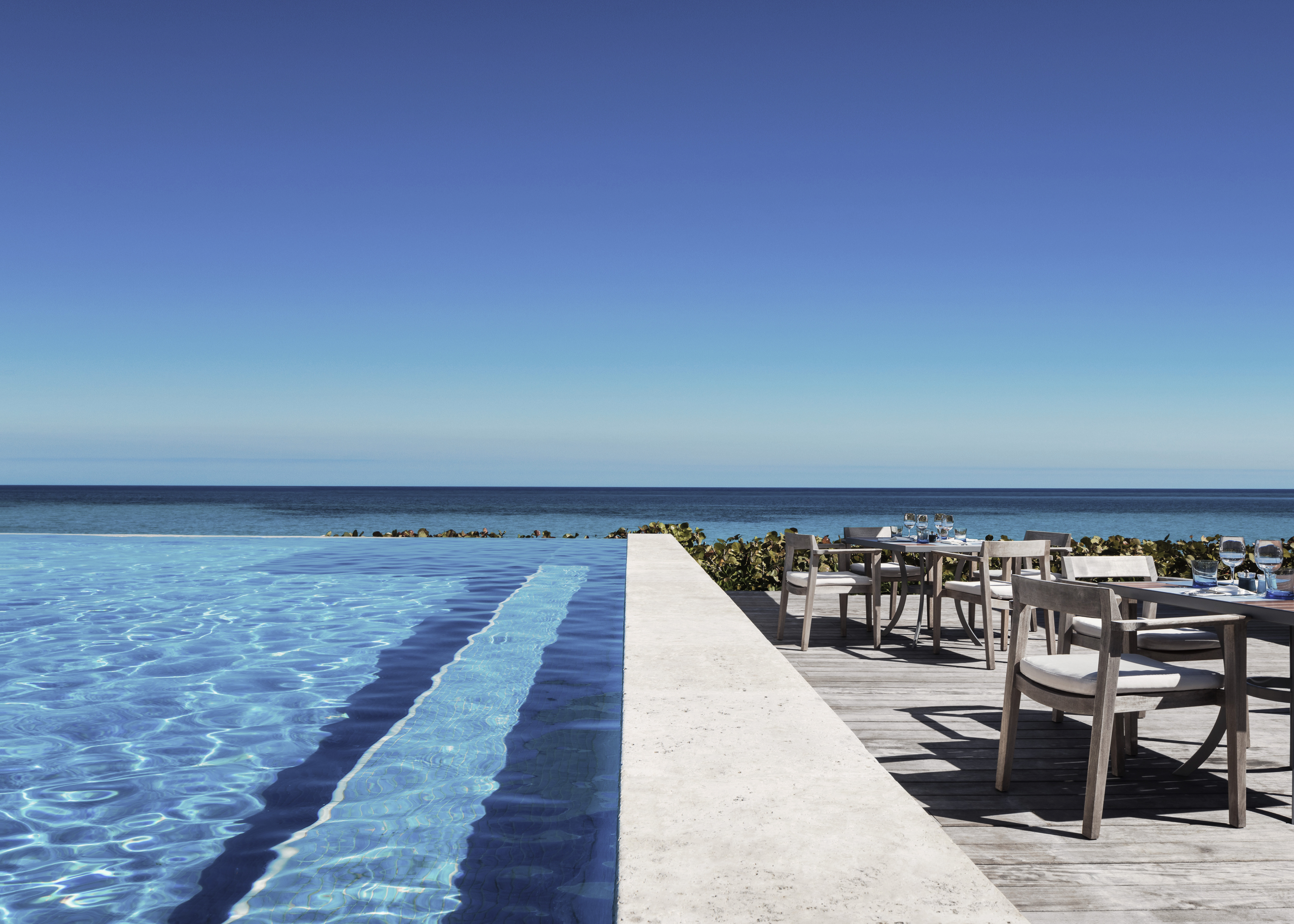 Ordering a Vesper Martini—shaken, not stirred—at the Bond-approved bar isn’t the only draw. The 107-room property is spread across several low-lying buildings, cottages, and villas that all have easy access to multiple swimming pools, a Balinese-style spa, and a Tom Weiskopf-designed golf course. Six tennis courts are helmed by Bahamian Tennis pro Leo Rolle, who’s spent half a century helping former Ocean Club guests like Richard Nixon improve their serves. For the less athletic, the eight-kilometre-long white sand beach is a feast for the eyes. And for the taste buds, Michelin-starred New York chef Jean-Georges Vongerichten brings a Caribbean spin to French-Asian cuisine through dishes like the Bahamian Conch Salad Crab Spring Roll at the property’s critically acclaimed Dune restaurant. 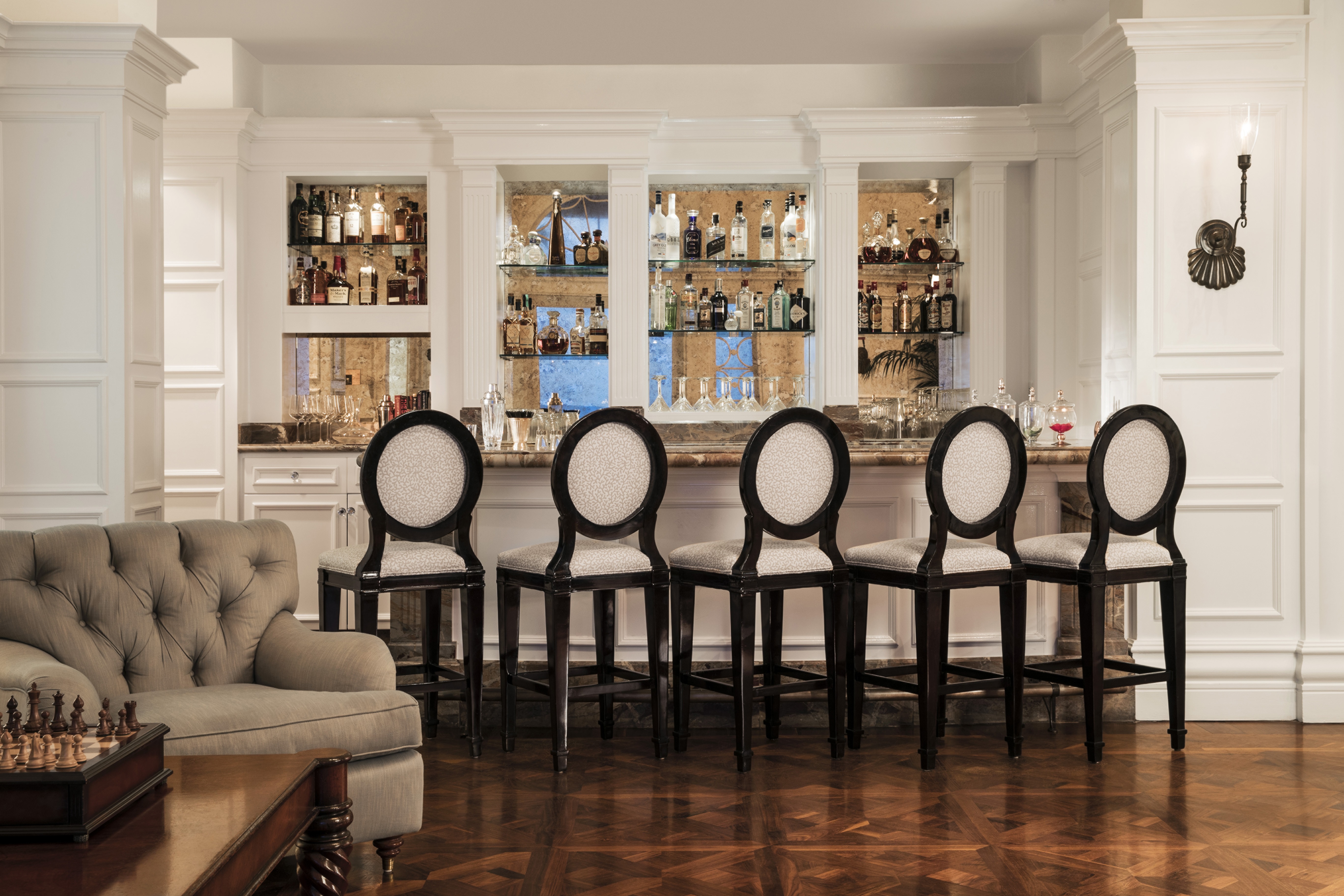 Among the Ocean Club’s preserved historical features are the Versailles Gardens, which span the width of the island and lead to a 12th-century Augustinian cloister with a view over Nassau Harbor. Several 18th- and 19-century Italian sculptures decorate the grounds and juxtapose dozens of contemporary works by the Ocean Club’s artist-in-residence Jane Waterous, a Canadian who now calls Paradise Island her permanent home. Keep an eye out for her Gatherings series, an acrylic expression of friends and family coming together. Upon request, guests of The Ocean Club are welcome to visit her oceanfront home and studio to see her volume of work including one of her most eye-catching creations: a painting inspired by a chance encounter with astronaut Buzz Aldrin on Paradise Island.

When Waterous asked him to confirm whether the Bahamas was truly the most stunning country on Earth to view from space, the answer inspired a multi-canvas painting called Into the Blue that now greets every visitor who enters her home. It’s a spectacular view: a satellite depiction of the Americas with the Bahamas alone shining brightly in blue. 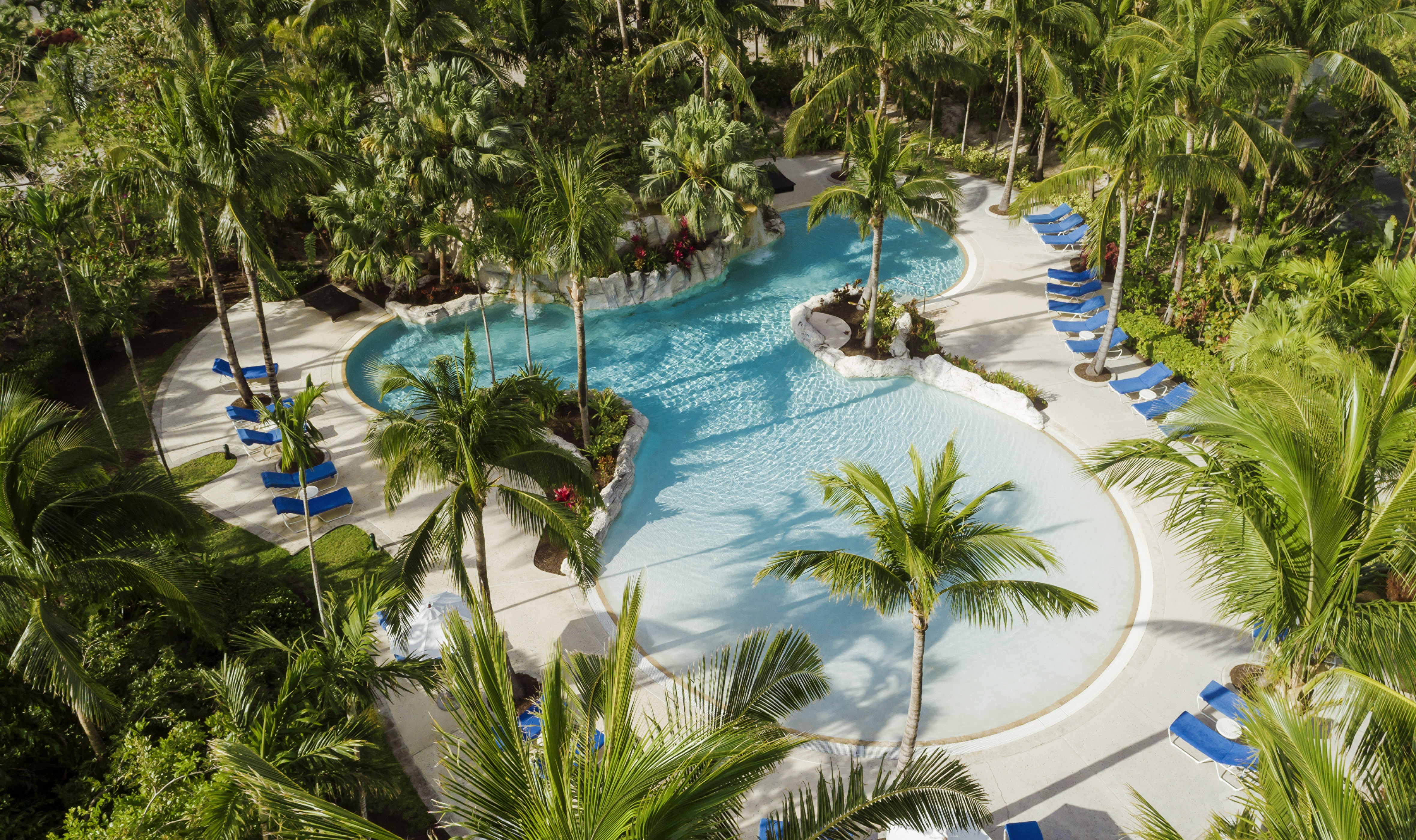 The Bougainvillea Villa. Featured heavily in the 2006 James Bond film Casino Royal, the four-bedroom abode comes with the lavish details one would expect from a private beachfront address. British Colonial-style vaulted ceilings, wood furnishings, and polished marble floors give the interiors a palatial aesthetic, while the outdoor space comes with its own jetted tub, shaded dining area, and infinity pool—an ideal vantage point for gazing into The Bahamas’ azure abyss. The Musician Known as Bahamas