In the fall of 2015, I visited a friend who was living in a tiny Mexican pueblo outside of Guanajuato City. After weeks of catching the quick (but unpredictable) bus into town, we opted one day to walk five miles down the mountain for a new—and slightly more surefooted—commute. We had followed the dirt road through cyprus groves and desert brush, when she suddenly asked if I was thirsty. “I think the people who live there,” she said, pointing to a small house below us, “will sell us some pulque.”

She was right. We knocked on the door, said the magic word, and watched the pulque ooze from a cooler’s spout. After paying a few pesos, we resumed our trek, each holding a small paper cup brimming with mysterious liquid. It was lukewarm, viscous, and tart, and unlike its familiar cousins (mezcal and tequila).

Fast forward a few years, and I’m sitting in a new brewery in Denver, Colorado, sipping on a light, effervescent beverage. The mouthfeel and flavour are similar to those of sour beer, but I’m drinking something else: fresh-fermented pulque, albeit a very different version than the one from the Guanajuato mountains.

The brewery is Dos Luces, an operation that specializes in corn-based, gluten-free beers from the ancient Aztec and Inca traditions. “The name ‘Dos Luces’ refers to two lights, the light of the sun and the light of the moon,” says owner and founder Judd Belstock. “But we also think of it as the light of the past—these ancient fermenting traditions—illuminating the future of American beer.” 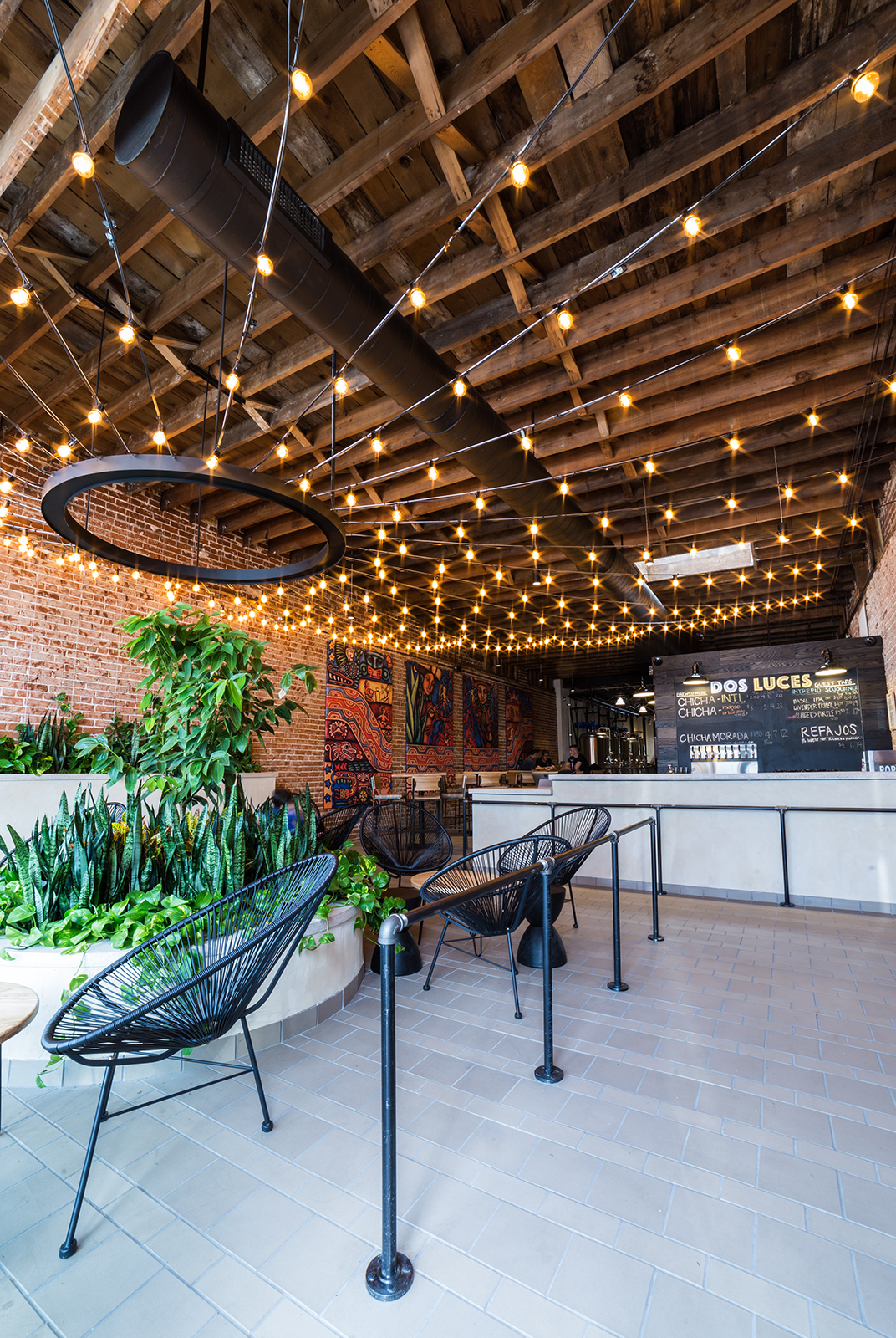 The brewery Dos Luces specializes in corn-based, gluten-free beers from the ancient Aztec and Inca traditions.

Which leads to the question Dos Luces aims to answer: How should we define beer?

Belstock and his co-founder, Dr. Sam Alcaine, believe that pulque and chicha (a corn-based, fermented Peruvian beverage) are true beers. Although pulque is traditionally made from fermented maguey sap, Dos Luces adds malted blue corn to the mix, making it a beer by today’s standards (corn is a grain, after all). Both concoctions date back thousands of years and are native to the Americas; both were served as sacred ceremonial drinks before the European conquest changed the course of history.

Today, chicha and pulque are not only hallowed, hidden potions from the past—they are innovative, thoughtful approaches to a widening demographic of gluten-free beer drinkers and creative brewers.

“When Napoleon III appointed Ferdinand Maximilian as Emperor of Mexico, the campaign against pulque—in favour of German-style beers—really began,” said Belstock. “Pulque became a rural beverage and stayed that way until about five years ago, when it started to return to prominence in places like Mexico City.”

Today, chicha and pulque are not only hallowed, hidden potions from the past—they are innovative, thoughtful approaches to a widening demographic of gluten-free beer drinkers and creative brewers. While chicha has always maintained a presence in Peruvian mountain culture, pulque‘s re-emergence in Mexico has sparked a movement to bring its ancient magic further north. Dos Luces is at the helm of this movement, collaborating with other breweries in the southwest to pull both beverages into the mainstream.

You can buy canned pulque in some specialty liquor and wine stores, though it’s not recommended (pulque shouldn’t be pasteurized and is best when it’s fresh). And if you’re not planning a trip to Mexico (or Denver) anytime soon, keep these special tonics on your radar—the future of corn-based beer has never looked brighter. The Broadmoor’s Ranch at Emerald Valley

Where to Stay in Colorado