It’s been a big year for Ducati in Canada, with new dealerships opening in Montreal and Richmond, British Columbia. Ducati is an old brand that has changed hands many times over the years since its conception in Bologna, Italy, in 1926, and is now owned by the Volkswagen Group through its subsidiary Lamborghini.

The name Ducati demands attention because of its history and the sheer verve of its time-honored motorbikes. It’s synonymous with the speed and style offered by its trademarked V-Twin engine with desmodromic valve design. Long a staple of the European racing world, Ducati’s recent expansion of Canadian dealerships is largely due to the efforts of its CEO for North America, Jason Chinnock, whose love of motorcycles and the motorcycle community is both ebullient and professional.

Wearing a leather jacket appropriate to the occasion of launching a Ducati motorcycle dealership, Chinnock speaks candidly about what distinguishes motorcycles, and especially Ducati, from other forms of transportation. In many ways, he insists, Ducati should not be considered only, or even primarily, transportation.

“The big difference between motorcycling and automotive is that this is entertainment, not transportation. When people get on a motorcycle, they want escape. They want fun. They want freedom. They want to just disappear and turn their brain off, because it requires so much concentration and focus when you’re riding that you can’t have your mind clouded with anything else … whether you’re at the track or in the mountains.” 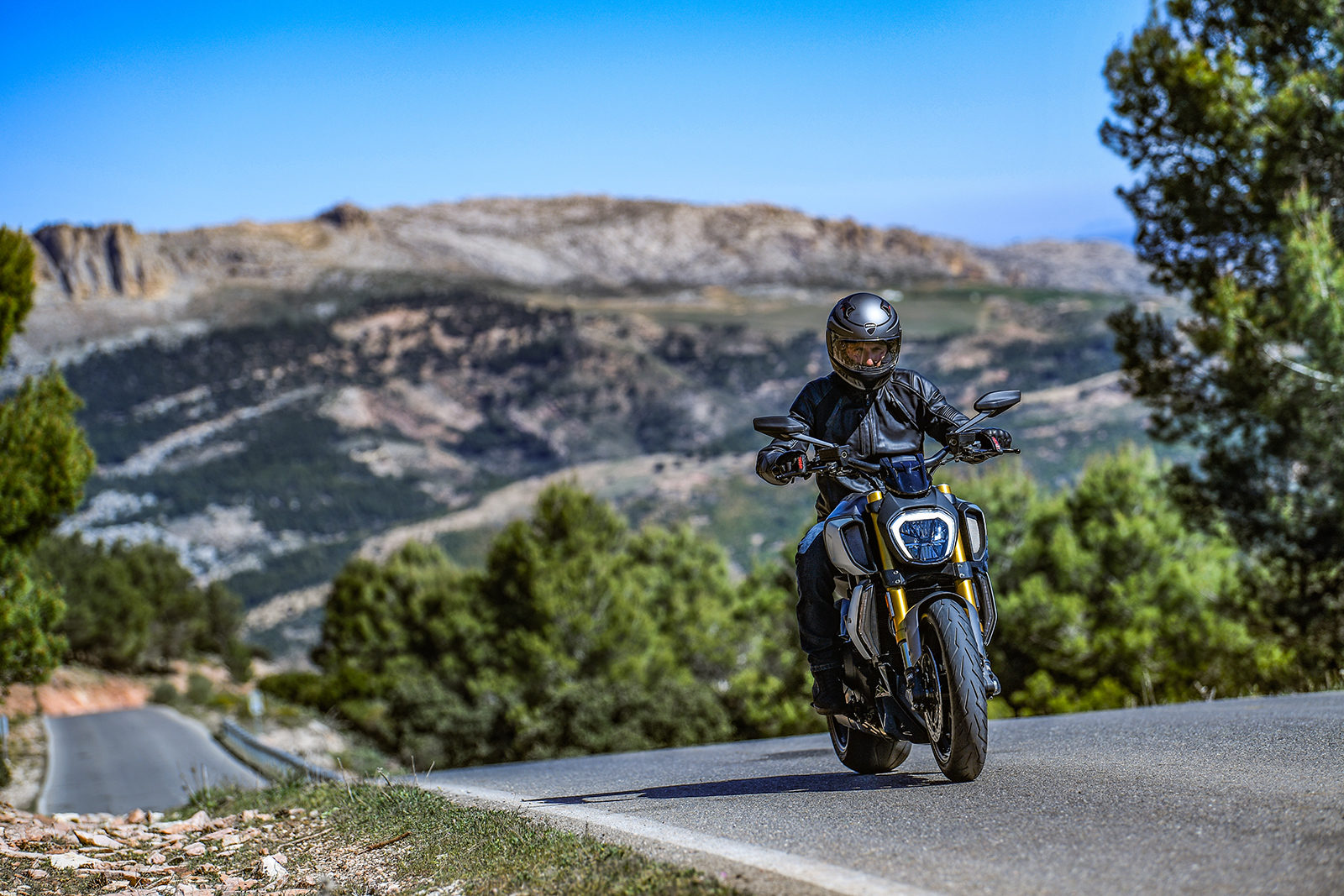 Chinnock wants people to know Ducati is concerned not just with selling bikes, but with making sure people know how to use them so they can discover the joys of riding and the community that comes with it.

For Chinnock, Ducati is an “aspiration brand”, one that brings with it a community of riders who have made Ducati what it is for nearly a century. His belief in the idea of Ducati—its history, its aesthetic and community—as a driving force for its success is stalwart and consistent, and being a rider himself is “pretty much a requirement” for his job.

“Authenticity is key,” he says. “Some places say ‘move metal’. We don’t move metal—I hate that analogy. We sell dreams, and we provide people access to this world.”

That the brand is supported by a die-hard community is apparent at the openings and events that take place at Ducati dealerships. Men, women, and children with Ducati apparel and even professional racers in full-body padded racing suits chat, eat, and bond over their shared appreciation of motorcycles.

Chinnock notes that the Richmond dealership is a great thing for the Pacific Northwest Ducati community, and its position in a suburban location at the confluence of Vancouver, Richmond, and Surrey makes it accessible to a large portion of the Lower Mainland and surrounding areas. His focus on the experience and availability of motorcycles and insistence on meeting the specific needs of North Americans allows the company to expand and profit in areas outside of the metropolis. Additionally, to fit the rugged beauty of the West, Ducati North America is expanding its famed racing schools to feature off-road courses. The long-anticipated DRE Enduro in Sundance, Utah, takes advantage of the boundless nature of North America; these educational ventures, fitted to place, provide infrastructure for safe and proper use of the machines. 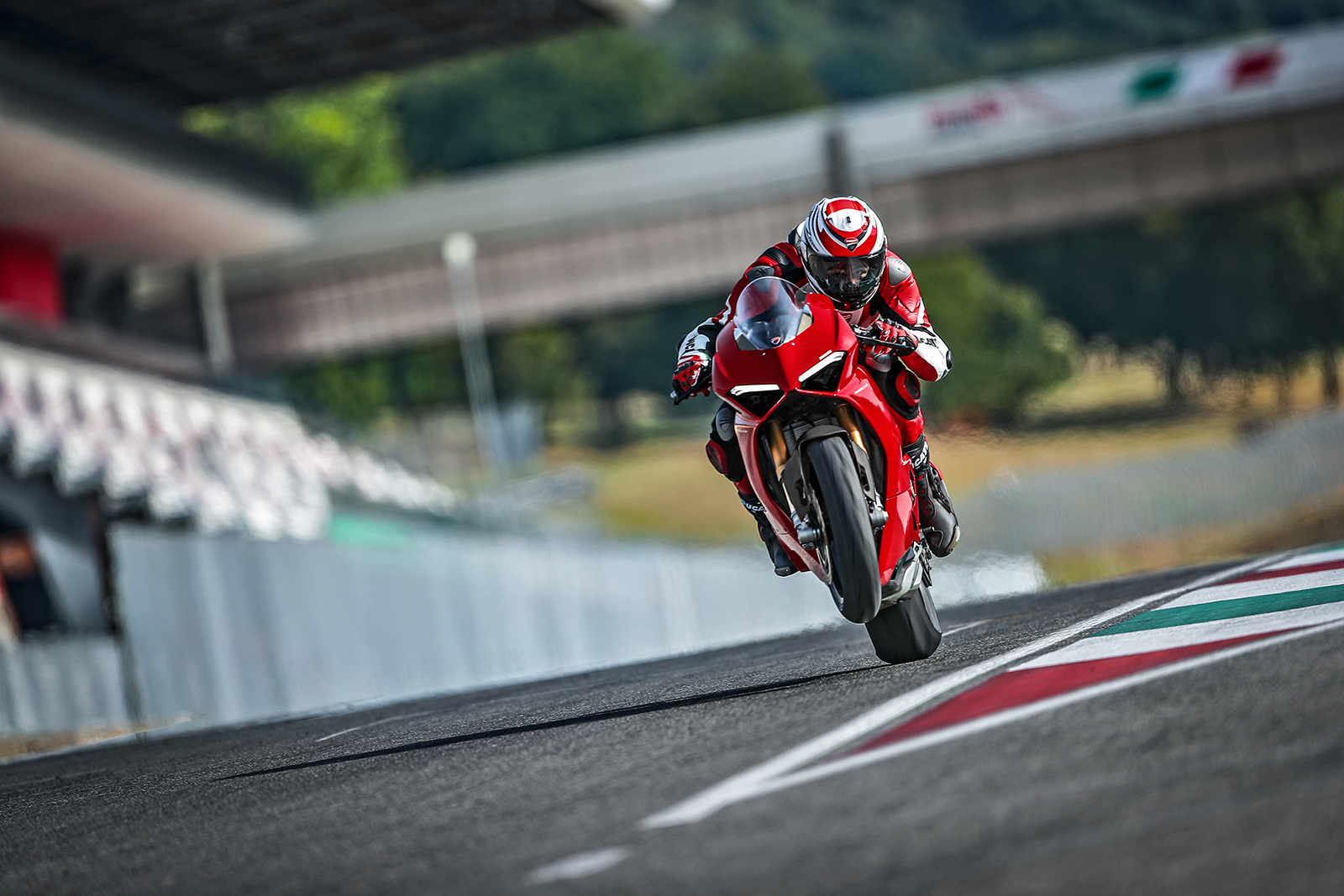 It seems that people who love Ducatis prefer them to be ridden—Chinnock says it’s a shame when these beautiful, powerful machines sit around gathering dust.

Chinnock wants people to know Ducati is concerned not just with selling bikes, but with making sure people know how to use them so they can discover the joys of riding and the community that comes with it. “It’s also what happens when you’re not on the track,” he adds. “It’s that camaraderie at dinner after the track day. You’re going to a nice dinner together, you’re bench racing and telling lies like go-fishing tales of how fast you really were going…that’s something that transcends just the track and other types of motorcycling.”

Certainly, the bikes are beautiful in themselves, and Chinnock is especially excited about the new Ducati Streetfighter V4, a motorcycle that is stripped-down and upright-handled, allowing for both speed and all-day comfortability. Because of the chassis and electronics, they can essentially be multiple bikes in one: by adjusting the intervention and safety accordingly, they can function well either on the track or in the city.

With the recent announcement by Claudio Domenicali (Ducati’s CEO in Italy) foregrounding the importance of electric motorcycles, the storied company continues to demonstrate its relevance and groundedness—two traits Chinnock himself values personally. When not communicating with his team or calling Bologna, he is on the ground at the dealerships, which is where he started out. “The business is done out here in the field,” he says. “Everything at the office is to support what’s going on out here.”

It seems that people who love Ducatis prefer them to be ridden—Chinnock says it’s a shame when these beautiful, powerful machines sit around gathering dust. This philosophy of community and use is refreshing when it comes to an aspirational brand that might be construed as something of a status symbol. Ducati motorcycles in Canada are on the uptick, and there’s nothing left to do but ride.

The Man Behind Ducati in Canada

Ducati and Lamborghini Show Off Latest Models Along With Some Teamwork