Rome is lovely any time of year, but the city takes on a magical air for the holidays. Twinkling lights are draped across the city’s streets, fashion boutiques mount elaborate window displays, Christmas trees stand proudly in the main squares, and five-star hotels deck the halls quite literally. If you’re planning a trip to Rome for the holidays, these are the best things to do.

Shop the Christmas Markets and Stores

Every year, a huge Christmas market takes over Piazza Navona, with stands selling ornaments, toys, nativity figures, sweets, and other gifts. Kids can ride on a carousel and even meet Santa Claus. A smaller Christmas market is held at Castel Sant’Angelo, which also has an ice-skating rink. And of course, the designer shops surrounding the Spanish Steps decorate their windows with elaborate displays. Stroll down Via dei Condotti to admire them all, perhaps stopping to buy some chestnuts roasted on the street. 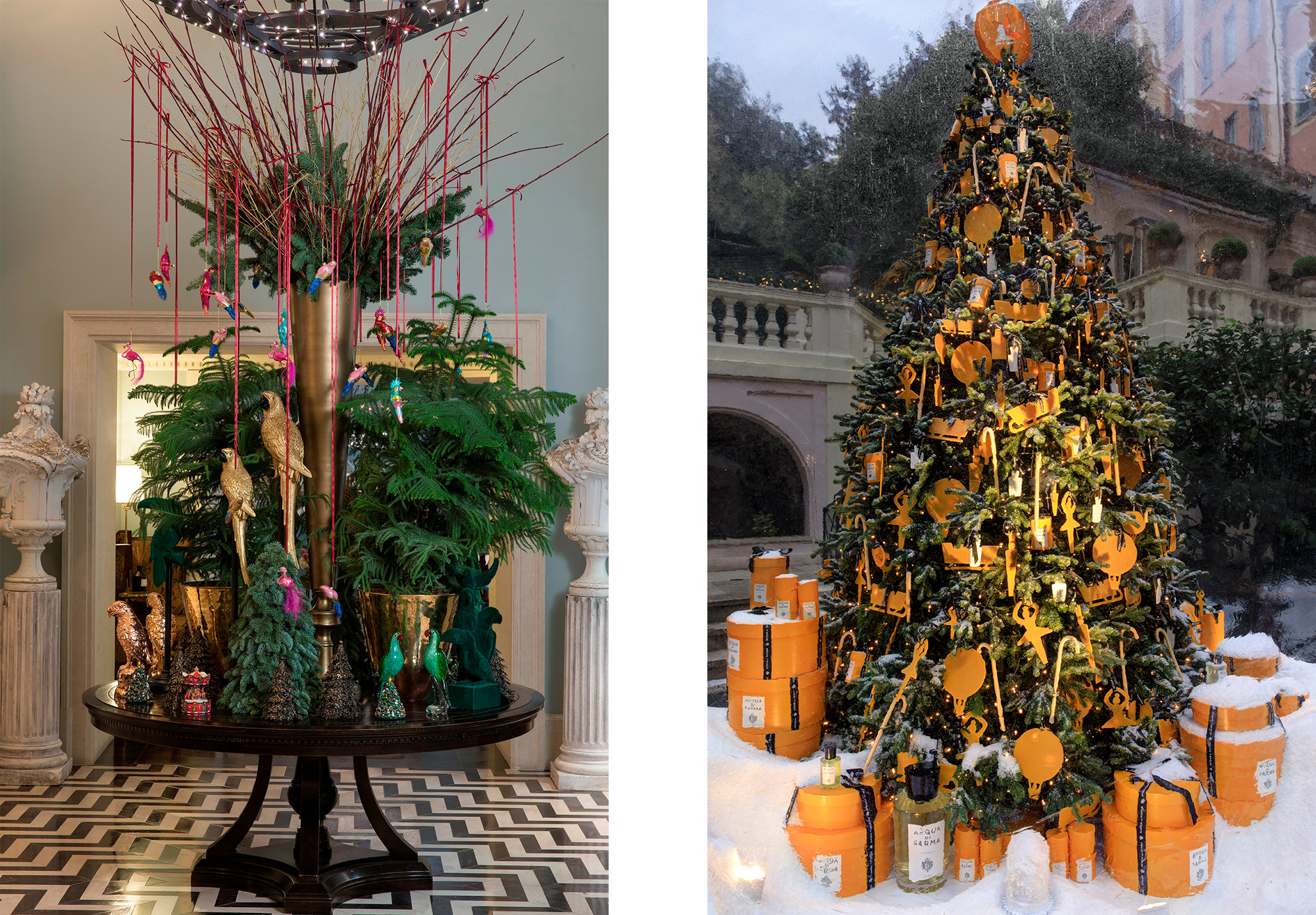 Though Christmas trees aren’t traditionally Italian, they’ve become quite popular in Rome. The largest trees stand in St. Peter’s Square, next to the Colosseum, in Piazza Venezia, and on the Capitoline Hill. Nativity scenes are more traditional and can be seen in St. Peter’s Square and at the Church of Saints Cosma and Damiano in the Roman Forum. A huge Hanukkah menorah is lit in Piazza Barberini every year. 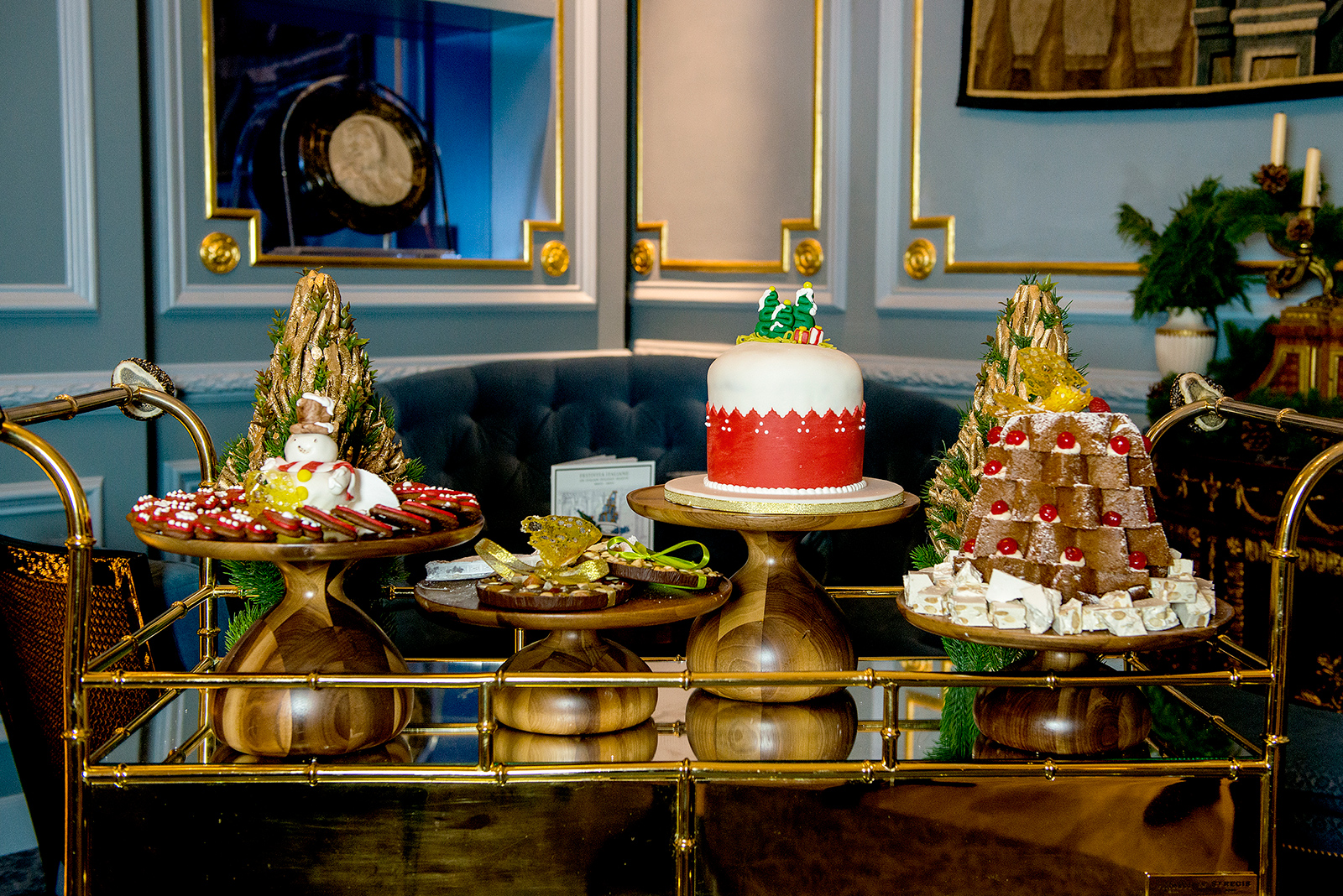 Party at the Best Hotels

Many of the city’s top hotels deck the halls for the holidays and host special dinners on Christmas Eve and New Year’s Eve, and lunches on Christmas Day. This year, the Hotel de Russie partnered with Aqua di Parma, which created a spectacular Christmas tree decorated with yellow ornaments inside a snow globe. Their Christmas Eve dinner is replete with caviar, truffles, and caramelized chestnuts, but Chef Fulvio Pierangelini is pulling out all the stops for New Year’s Eve, which features oysters and caviar to start, pumpkin ravioli with white truffle, roasted suckling pig, and Laurent Perrier champagne. Downstairs in the Stravinskij Bar, a DJ will keep the party going long after midnight.

Sister property Hotel de la Ville will serve special tasting menus at Mosaico and invite guests to toast the New Year at Cielo Bar overlooking the rooftops of the Eternal City. A ticket will get you traditional snacks like lentil soup, cotechino, panettone, and nougat, Champagne at midnight, two cocktails at the Julep Bar, and a DJ-led dance party in the Ivy Room.

A festive tree decorated with Murano glass balls by Venini welcomes guests entering Hotel Eden. Both of the hotel’s restaurants—the casual Il Giardino and the Michelin-starred La Terrazza—will have live music and serve special menus on Christmas Eve, Christmas Day, and New Year’s Eve. After midnight on December 31st, the party will continue at Il Gardino with a DJ set. The most indulgent (and expensive) menu will be served at La Terrazza on New Year’s Eve: Chef Fabio Ciervo will create a seven-course tasting menu featuring foie gras crème brûlée, crab ravioli with caviar, beef wellington with black truffle, and a decadent dark chocolate dessert.

At the St. Regis Rome, a four-meter high Christmas tree decorated with white feathers and bespoke decorations sets a festive scene for champagne sabering, afternoon tea, and special dinners. The festivities will culminate in a gala dinner with a live orchestra in the Ritz Ballroom on December 31st. Chef Francesco Donatelli has dreamed up a tasting menu featuring lobster parfait with caviar and mango chutney, tortello pasta filled with cod, lemon-scented lentil sauce, langoustine tartare and crumble of anchovies, and a chestnut glacé mousse for dessert.

Other hotels, like Hotel Hassler, Hotel Vilòn, and Hotel Splendide Royale will also be decorated for the holidays and serve special menus at their restaurants. 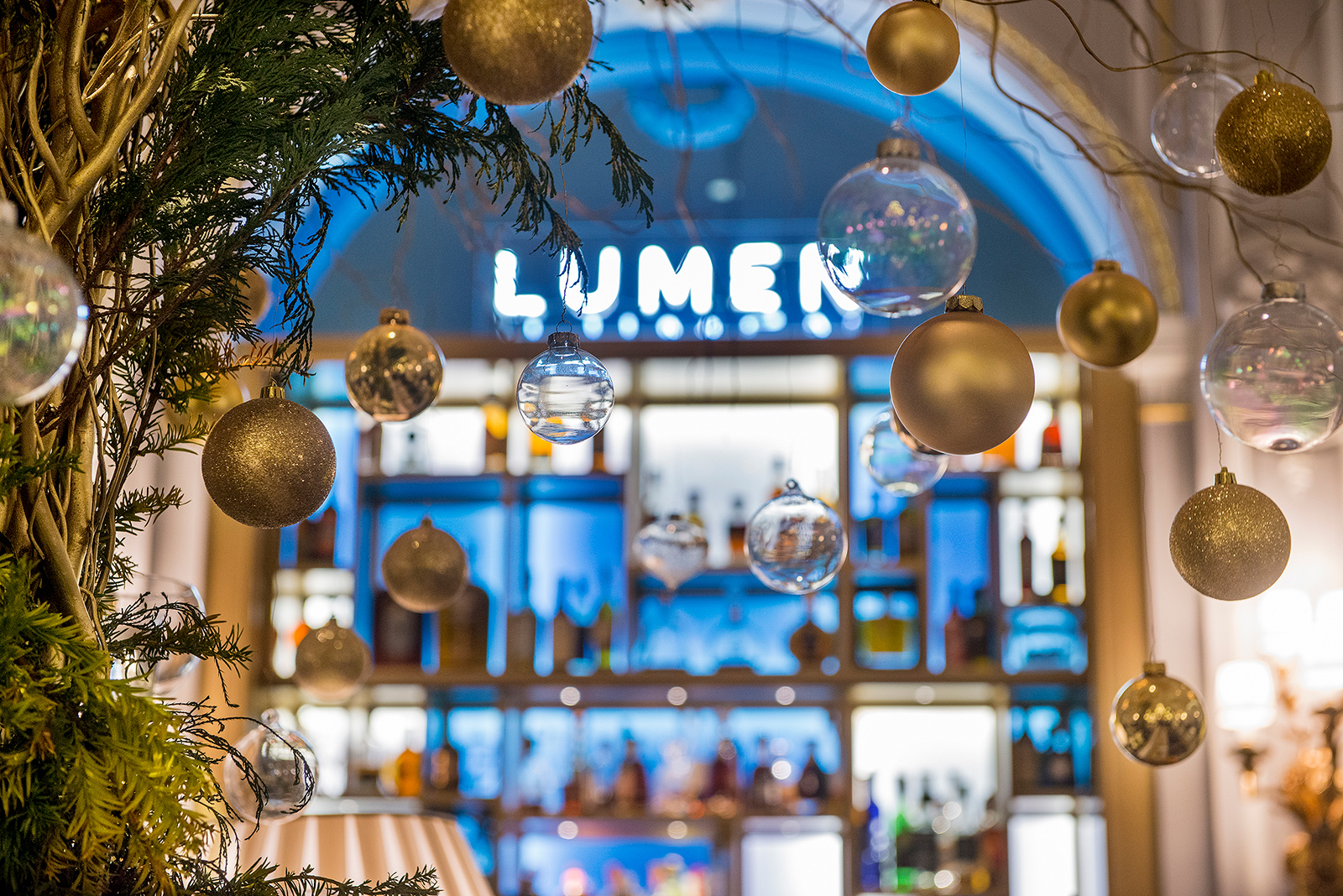 Ring in the New Year at the Swankiest Bars

You can expect a glamorous crowd at the Court, the open-air bar overlooking the Colosseum. Reserve a seat at the bar or on one of the low sofas, where each group will get a bottle of premium vodka and a bottle of champagne. DJ Stefano Capasso will bring the music and there will be a midnight toast and fireworks.

At Chorus Café run by leading bartender Massimo d’Addezzio, the cocktails are always top-notch, but a four-course dinner will include saffron risotto with lobster and lentils after midnight (an Italian New Year’s tradition). Drinks are included with the menu and a DJ from Ibiza will keep the party going into the new year.

Prince Harry and Nacho Figueras Team Up for Sentebale with the St. Regis Rome

How to Help Your Skin Recover after the Holiday Parties