BMW says that M is the most powerful letter in the world, a statement you may start to parrot after piloting the 2020 BMW M8 Competition Coupe. This two-door leaves passengers in a daze, passersby in awe, and drivers impressed. What else would you expect with 617 horsepower on tap?

BMW’s M division takes the automaker’s more casual cars and gives them a taste of the wild side. For example: taking the luxurious 8-Series and turning it into a car that can handle corners with incredible grip and speed.

The story starts on the racetrack, where the M8 first debuted as the M8 GTE and quickly made its presence known by racking up three victories, including the prestigious 24 Hours of Daytona. There are significant differences between the race car and the M8 Competition Coupe, but the company chased the feeling of its winning racer and endowed this road-going car with that feeling.

Under the hood is a 4.4-litre twin-turbo V8 with 617 horsepower and 553 lb-ft of torque. It’s not just the output that makes the Competition Coupe special, but the noise, especially as it approaches its 7,200 rpm red line. When it’s time to change gears, the eight-speed automatic performs the necessary duties, snapping into gear. In the M8, there are three settings for the transmission so that the driver can change just how fast and aggressively the car shifts. 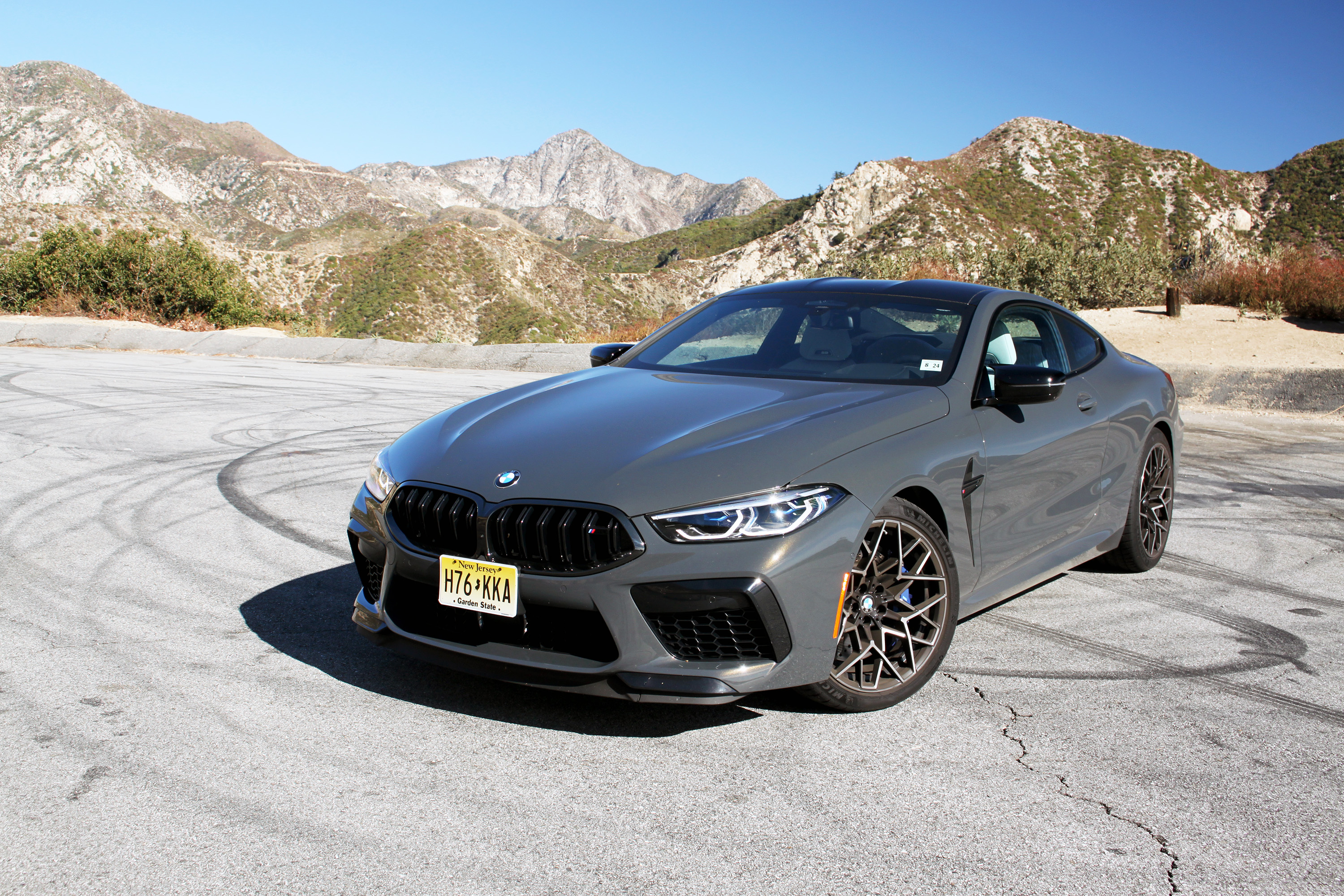 Thanks to its all-wheel-drive system, the M8 Competition Coupe manages a 0 to 100 km/h time of about three seconds, making it unfathomably fast. For those looking to quiet the voices of Porsche-purchasing pals who say “straight-line speed” isn’t all that matters in a sports car, here’s a retort: the M8 Competition Coupe can handle corners as well. If it sounds impossible for a car that weighs almost 4,300 pounds to tackle a curvy road, then consider the M8 Competition Coupe to be supernatural. Good engineering is the origin of such magic: the vehicle sports a multi-clutch transfer case and an active rear differential to ensure all that power isn’t being wasted.

The all-wheel-drive system is rear-biased, sending power rearwards in most situations, but it will split it up to the front axle as needed. The stiffer suspension, firmer engine mounts, and other components make the M8 respond quickly, allowing it to be agile in a way that its weight and size wouldn’t suggest. The automaker focuses on negative camber on the front wheels, meaning the M8 Competition Coupe has more grip while cornering. Having driven the M8 on the winding Angeles Crest Highway and BMW’s test track in Spartanburg, South Carolina, I can confirm that the vehicle is one of the most dialled-in high-horsepower coupes that I’ve ever had the pleasure of piloting. Other stiff, powerful cars can feel frenzied and skittish, but the M8 works with you and feels confident and composed. 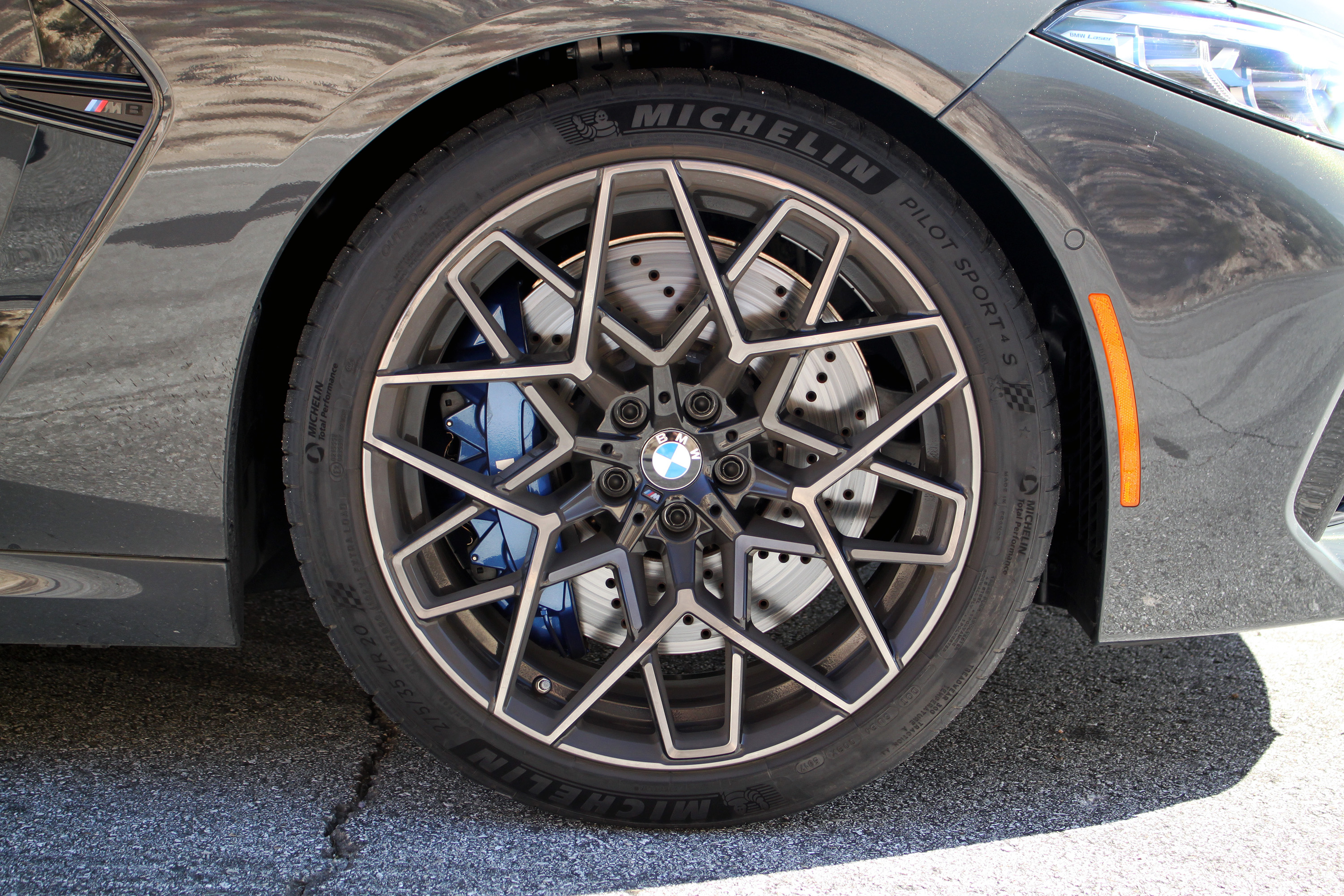 Thanks to its all-wheel-drive system, the M8 Competition Coupe manages a 0 to 100 km/h time of about three seconds, making it unfathomably fast.

BMWs should pamper drivers in addition to exhilarating them. The interior is special, with unique appointments like illuminated badging in the headrests, seat belts in the M colours, and BMW’s individual full merino leather interiors with high-end wood trim as an option. It’s attractive, but buyers looking for the ultimate interior may find the Lexus LC more appealing. However, the Japanese coupe can’t really compete in any other way.

The last thing to discuss about the M8 Competition Coupe is its exterior. The 8-Series is a beautiful car to start with, and the M-branded model gets bigger grille openings with chrome-black surrounds, or with carbon fibre through an optional package. You’ll also notice the carbon-fibre roof, which looks fierce in addition to keeping weight down—stylish, but not over the top.