Opened in May, the Hotel de la Ville occupies a prestigious address on Via Sistina at the top of the Spanish Steps, a historic part of town. In the few months that the hotel has been open, it’s already hosted a who’s who of notable guests, including Leonardo Di Caprio, Angelina Jolie, and Michelle Pfeiffer.

In the 18th century, when young English aristocrats used to embark on a lengthy journey known as the Grand Tour, Rome was a principal stop. They would acquaint themselves with Classical Antiquity, visiting monuments like the Colosseum, the Roman Forum, and the Palatine Hill. So many of them stayed in apartments by the Spanish Steps that the area came to be known as the “English Ghetto.”

So, when Sir Rocco Forte and his sister Olga Polizzi got ahold of the 18th century building on Via Sistina, it was only natural that they should look to the Grand Tour for inspiration. Polizzi, the design director for Rocco Forte Hotels, and renowned architect Tommaso Ziffer collaborated on the interiors. They utilized antique furniture, marble busts, and custom wallpaper featuring Piranesi prints to recall the 18th century with a contemporary verve. In order to distinguish it from its sister hotel, the beloved Hotel de Russie on Piazza del Popolo, they outfitted the interiors in rich, vibrant colors like Pompeii red, canary yellow, chartreuse, and teal. The 104 rooms and suites are done up in a more muted palette with pops of colors, rich velvet textiles, and luxurious marble bathrooms. 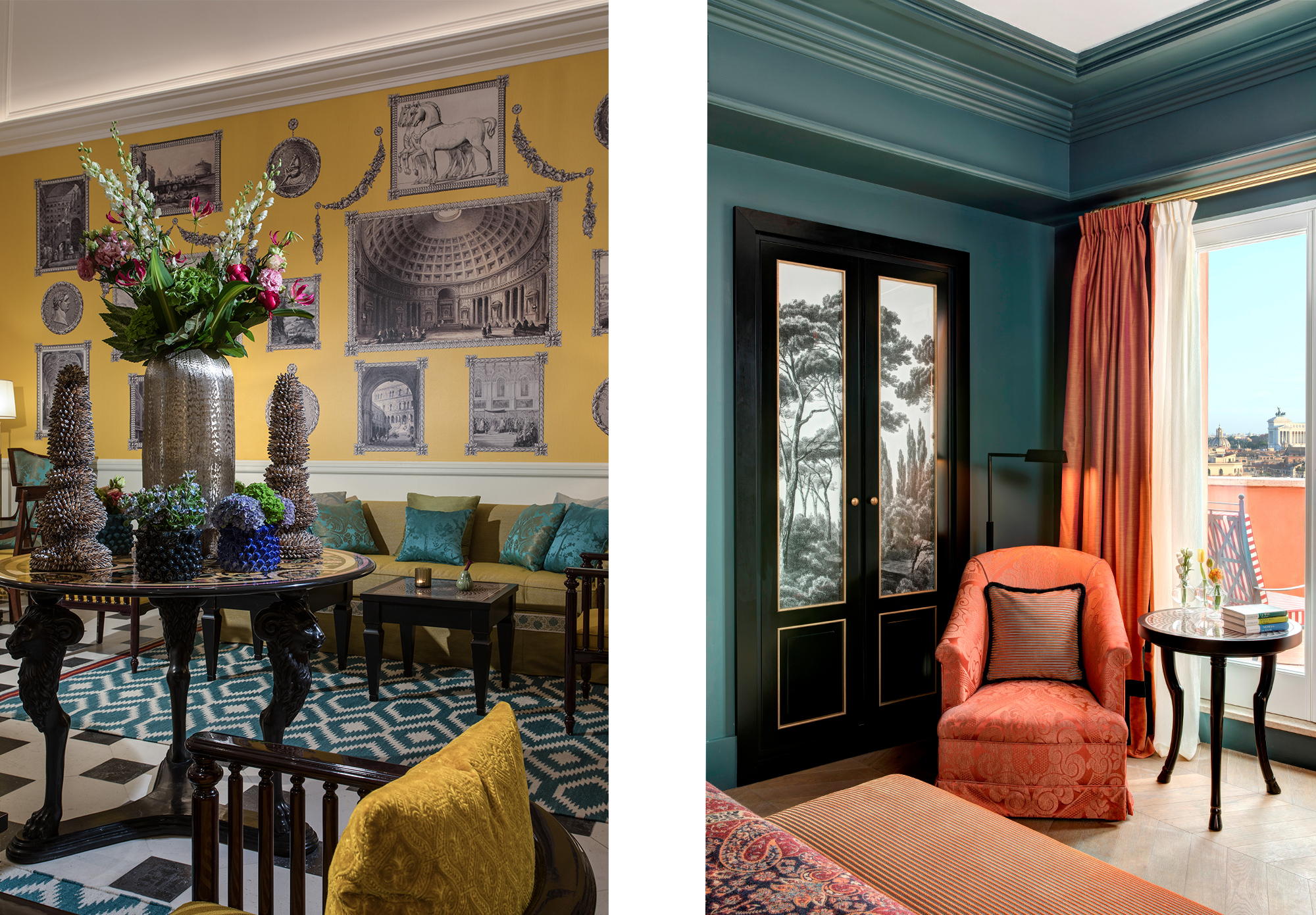 As fans of the brand have come to expect, the hotel’s dining and drinking options are top-notch. Executive Chef Fulvio Pierangelini designed the menus at the casual, street-level bistro Da Sistina, the elegant Mediterranean restaurant Mosaico, and the rooftop bar Cielo, which has become a hotspot for aperitivo with jaw-dropping views of the Eternal City. At lunchtime, you can settle onto one of the velvet banquettes at Da Sistina and savor a light panzanella with burrata or sole meuniere. After a stroll in Villa Borghese, shopping on the nearby Via dei Condotti, or a visit to one of the city’s museums, it’s nice to return to the hotel for an Aperol Spritz at Cielo Bar followed by dinner at Mosaico, where you can pair starters like Oriental caponata and fried calamari with mains like ginger-glazed sole.

The whole project was very much a family affair. Sir Rocco Forte’s daughter Lydia oversees the food and beverage side, while her sister Irene focuses on the spa offerings, including a bespoke line of skin care products made in Italy using all-natural ingredients. This year, they’ve also opened Masseria Torre Maizza, a gorgeous hotel in a renovated farmhouse hotel in Puglia. Next, they plan to launch the reborn Villa Igiea in Palermo in time for the 2020 summer season. 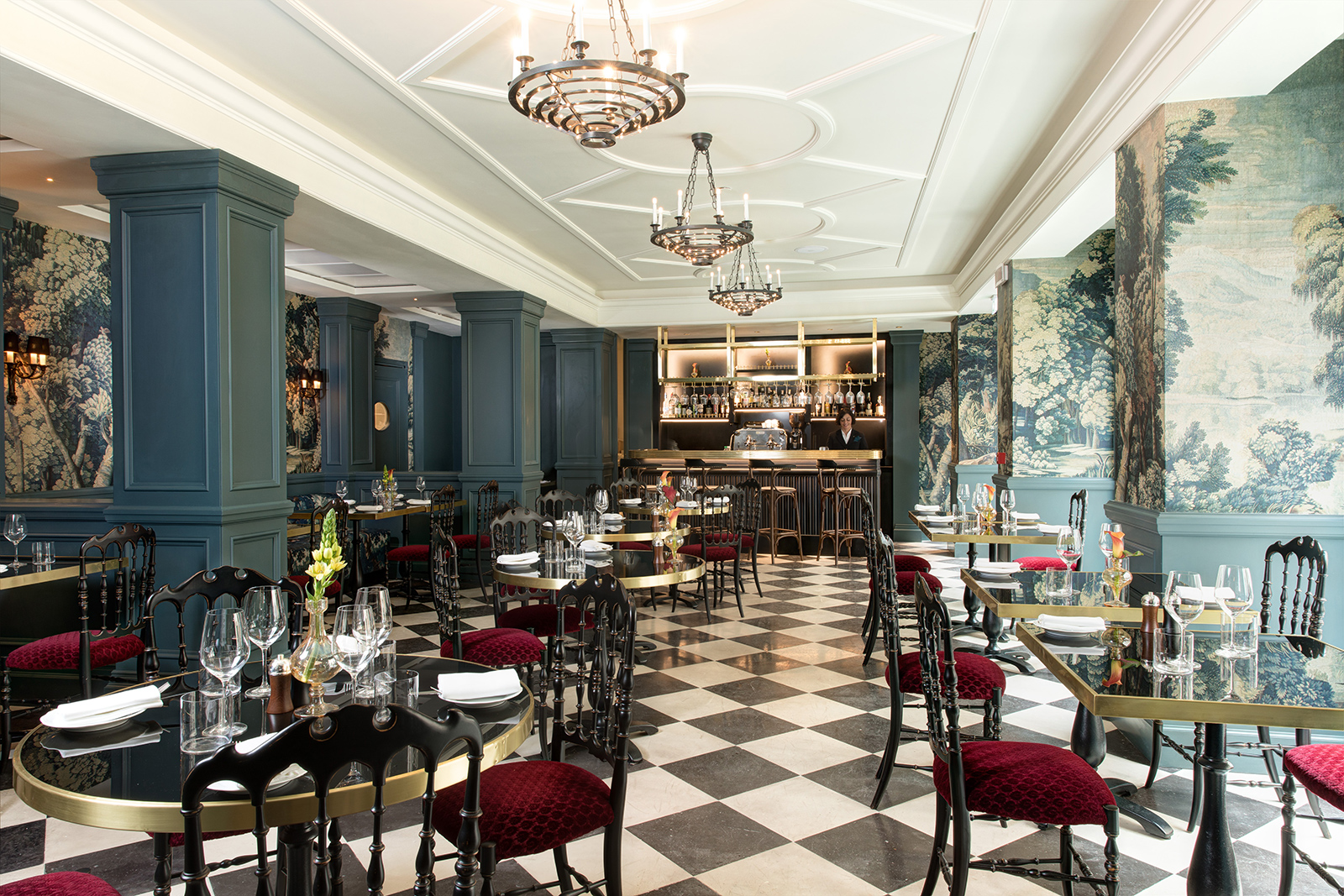 A Day Dedicated to Dante