Rampaging wildfires so ferocious that they turn entire eucalyptus forests incandescent and melt a luxury hotel’s concrete foundations. An iconic national park celebrating its centennial burnt to ashen ruin. Charred remains of countless kangaroos, koalas, and other wildlife littering a desolate landscape. A blood orange sun hanging ominously in the smoke-scarred sky. Mother Nature on the run in the 21st century.

I wish these were scenes from a post-apocalyptic horror film. But they are not. They emerged from recent eye-witness descriptions of Kangaroo Island, which was until a few weeks ago one of Australia’s greatest nature destinations, just off the southern coast of South Australia near Adelaide. Called a zoo without fences and the continent’s own Noah’s Ark for its abundance of unique flora and fauna, KI, as the locals call it, is home to colonies of sea lions and seals basking on its bone-white sandy beaches, sleepy koalas snoozing high up in eucalyptus trees, skittish wombats and wallabies, over 250 species of birds, and mobs of eponymous kangaroos, along with many other endemic creatures. Many are now in mortal danger as Kangaroo Island fights for its life, nearly half of it already consumed by catastrophic bushfires. 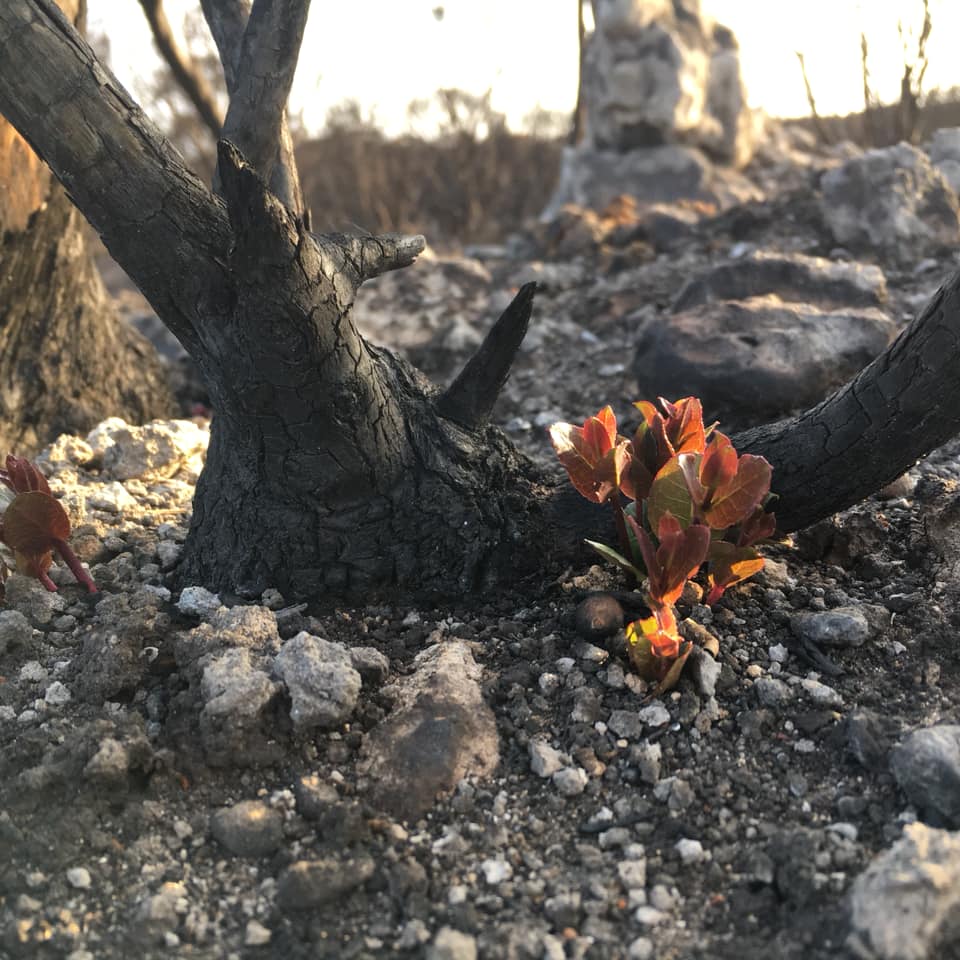 Kangaroo Island is in recovery. Photo by Craig Wickham.

So far, the eastern part of the island has been largely spared from destruction. That’s where I stayed when I visited in late November when it was still a pristine getaway just a 13-kilometre ferry ride from the Fleurieu Peninsula. My accommodation was a brand new private beachfront villa called One Kangaroo Island, perched on a bushy bluff above one of the island’s most beautiful beaches––and beyond it, a shallow bay frequented by schools of dolphins and rays. Featuring an expansive deck space providing amazing views along the coastline, One Kangaroo Island is as tranquil as it is architecturally stunning.

Owners Hugh and Coreena Rischbieth, a gracious and hospitable couple from Adelaide, also rent out an equally impressive five-bedroom villa next-door called Dine Walcowrie, which also blends into the landscape while providing spectacular views of the beach and water. Both properties offer optional multi-course dinners prepared by an in-house chef, as well as an excellent selection of local Kangaroo Island and South Australian wines. They can be booked exclusively by groups or on an individual room basis. The Rischbieths also coordinate day trips around the island with their long-time friend Craig Wickham, who runs a local tour company called Exceptional Kangaroo Island that offers small group and private tours featuring good food, wine, and wildlife. 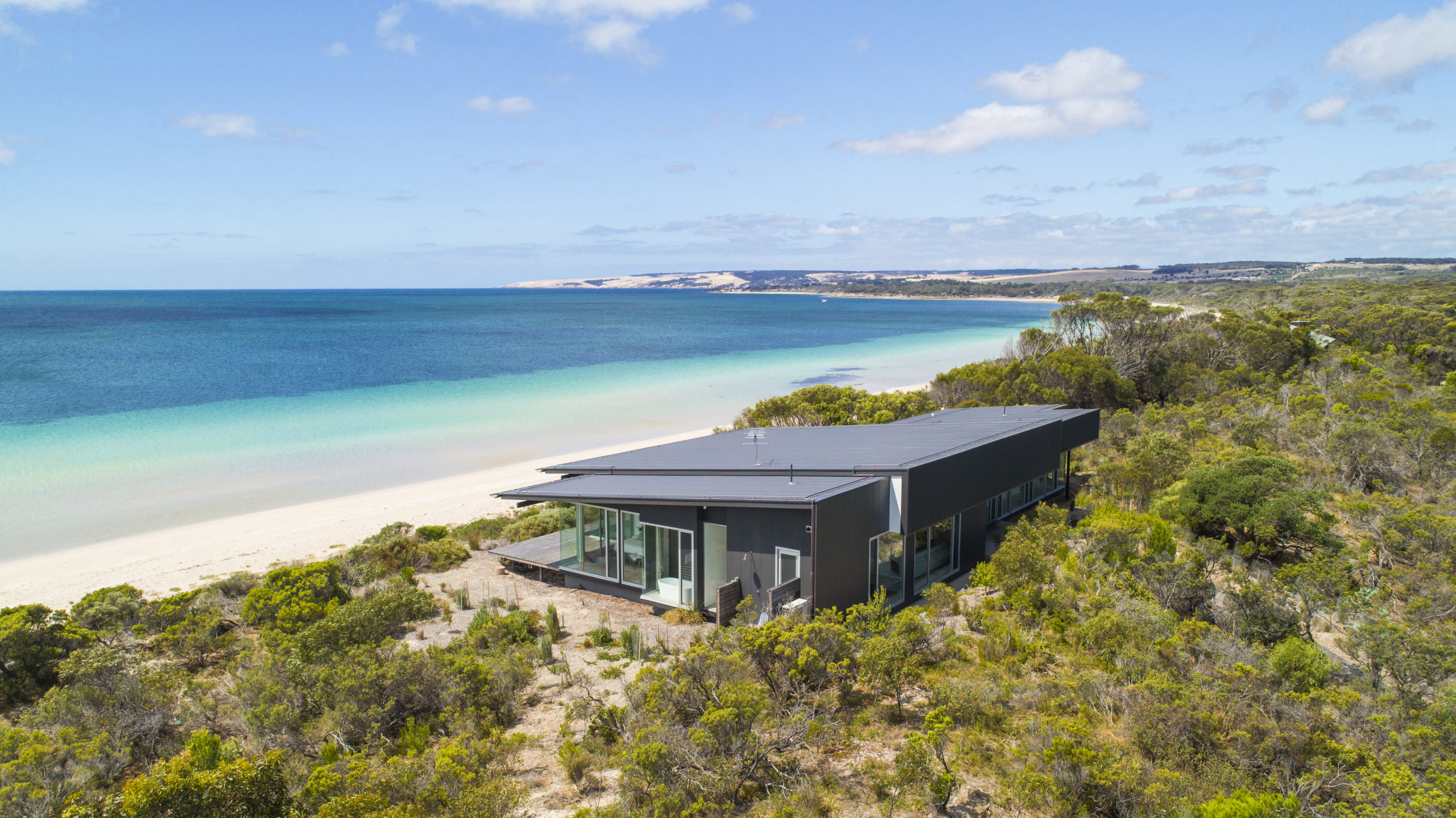 The prevailing message that the place is completely ruined is misleading. Photo by One Kangaroo Island.

“Our lifelong love of Kangaroo Island inspired us to build these two houses in a pristine setting to share with international visitors,” says Hugh, who also owns a nearby wildlife refuge populated by kangaroos, wallabies, echidnas, wedge-tailed eagles, and other wildlife.

One Kangaroo Island and Wine Walcowrie are still open for business despite Kangaroo Island’s calamity because Hugh has deep family roots here and doesn’t intend to abandon his beloved island. He also thinks that the prevailing message that the place is completely ruined is misleading. “The island’s negative publicity has outweighed the positive,” he says, “so it’s very inspirational to see the resolve of the community to stick together and commit to rebuilding.” Tourism can and should return to Australia.

During my November visit, I stood with Craig Wickham beneath the enormous granite boulders that form the aptly named Remarkable Rocks, a 500-million-year-old Kangaroo Island landmark on the shores of Flinders Chase National Park. Antarctica lay 5,000 kilometres due south across the Southern Ocean as the white-bellied sea eagle flies. It was only mid-morning, but the temperature was already climbing into the mid-forties. A cataclysmic fire warning was in place across much of the already tinder-dry island, foreshadowing the looming conflagration. 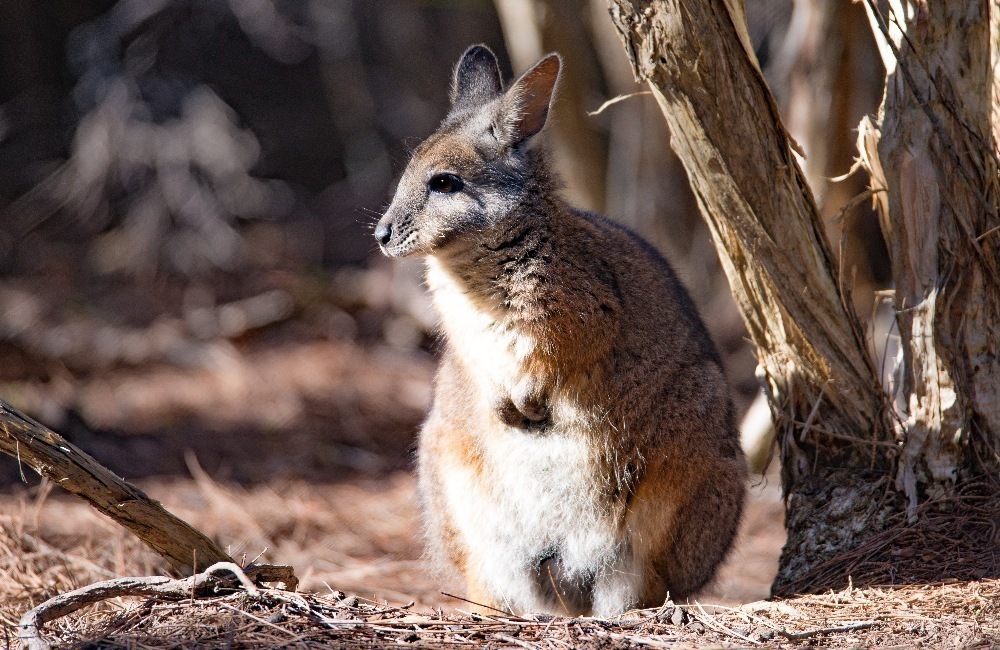 During that scorching November day, Wickham and I hiked parts of the Kangaroo Island Wilderness Trail, a five-day trek that weaves its way through one of the most biodiverse areas in all of South Australia before reaching the rugged, remote, and spectacular Southern Ocean coastline. We sampled award-winning gin at a ramshackle countryside distillery that could have passed for a moonshiner’s shack, and tasted the delicious honey produced by the purest strain of Ligurian bees in the world, imported directly from Italy to Clifford’s Honey Farm. At lunch, we dined at the iconic Southern Ocean Lodge, which was later completely destroyed in the fires. And we watched lovable free-roaming koalas scale eucalyptus trees at Hanson Bay Wildlife Sanctuary, home to thousands of native species, which was later decimated by the bushfires. Everywhere we went, Wickham, a life-long Kangaroo Island resident and well-respected naturalist, was a fountain of knowledge.

Since my visit, Wickham and his family have twice had to evacuate their home as the bushfires devastated many communities and businesses across the western half of the island. Farms, sheep ranches, and vineyards have been destroyed. Two members of the same family were killed—a father and son who died fighting to protect their home. An estimated 50,000 koalas have perished, along with untold numbers of kangaroos and other wildlife. “We have all taken a big hit—and some more than others,” says Wickham. “The social, economic, and ecological upheaval of this catastrophe has been enormous, particularly as the majority of losses were concentrated in the western part of the island, and largely among farming families.” 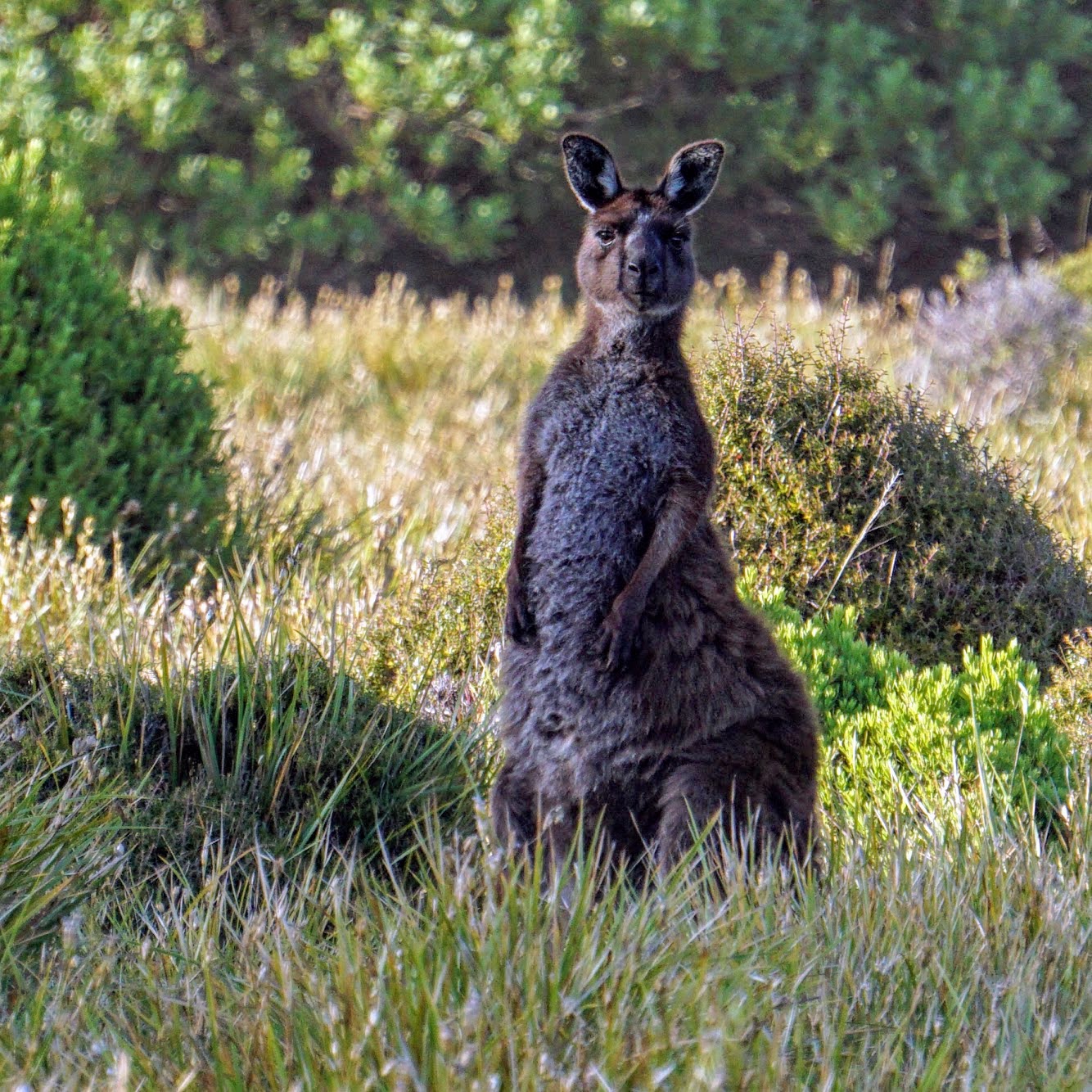 Like Hugh Rischbieth, Wickham is adamant that people should continue to visit this once-pristine island, partly to support its recovering wildlife and communities. Some 2,500 square kilometres of the island remains untouched by the wildfires, still a zoo without fences with so much to offer. Even in the areas that have been affected, Australian tourism is slowly returning. Wickham is already planning to relaunch tours into Flinders Chase National Park—which was also massively burnt in 2007 and fully recovered. Now, he will focus on fire ecology and nature’s recovery process. The wildlife there is already foraging in the recovering landscape and is even more concentrated, offering excellent places to see animals if you know where to go. Furthermore, the abundant marine life offshore has been unaffected, meaning that you can still go whale watching and swim with schools of playful wild dolphins, as I did in November.

“Wildfires are still flaring up in several places, but we are transitioning from response to recovery,” says Wickham, adding that the support provided by Australian and international agencies, along with friends around the world, has been extraordinary. “Our community here is incredibly grateful. We know that the Australian bush is very resilient and will recover quickly.” As it does, Craig Wickham, and Hugh and Coreena Rischbieth, along with many other resilient and determined Kangaroo Island residents, will be welcoming any intrepid visitors who decide to visit with open arms and legendary Aussie hospitality. 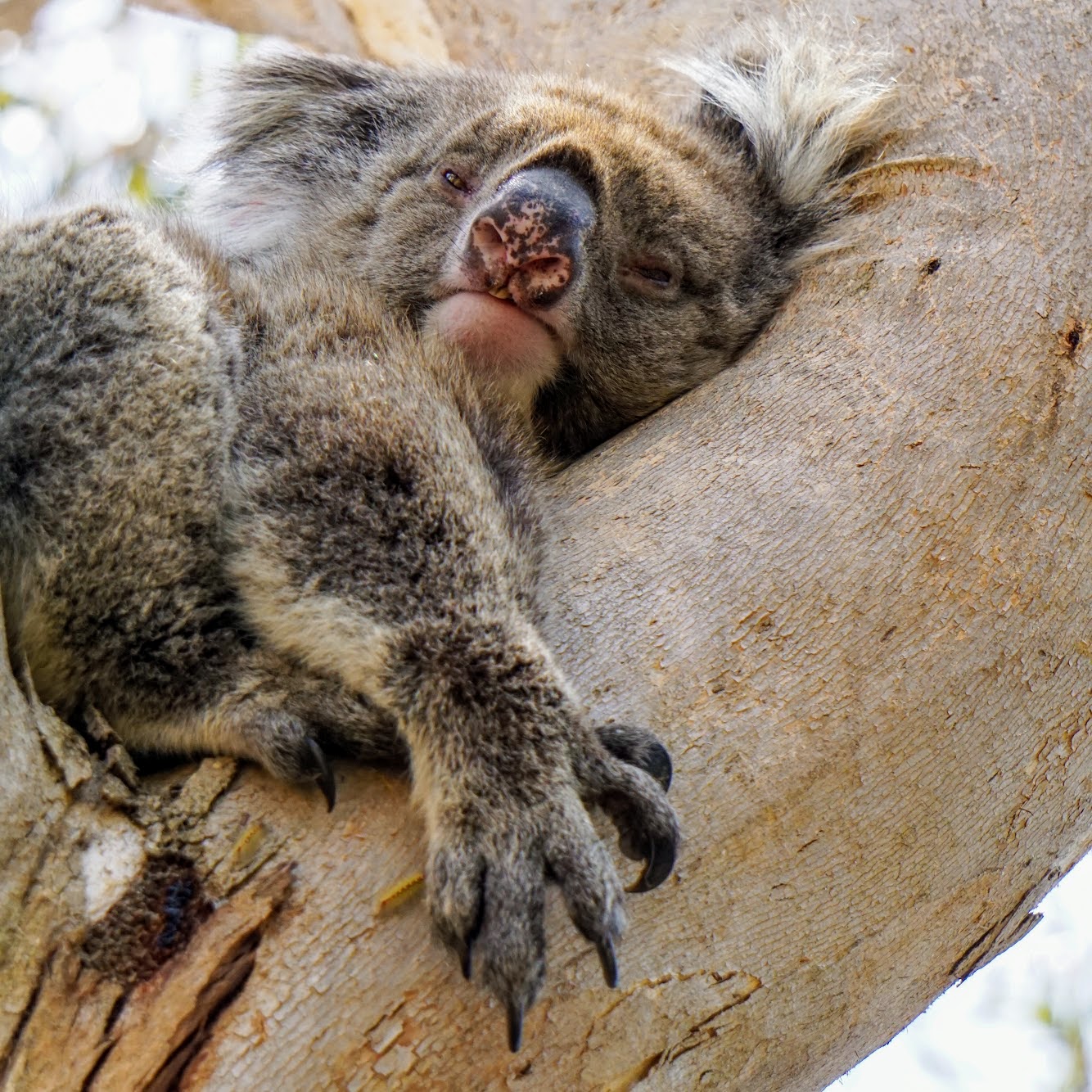 One Kangaroo Island and Exceptional Kangaroo Island are both accepting bookings. The South Australian Tourism Commission recently produced a 30-second video and a two-minute version promoting the island in recovery.

Ways you can help:

Funds raised through the Kangaroo Island Mayor’s Bushfire Appeal go directly to islanders that need it most. 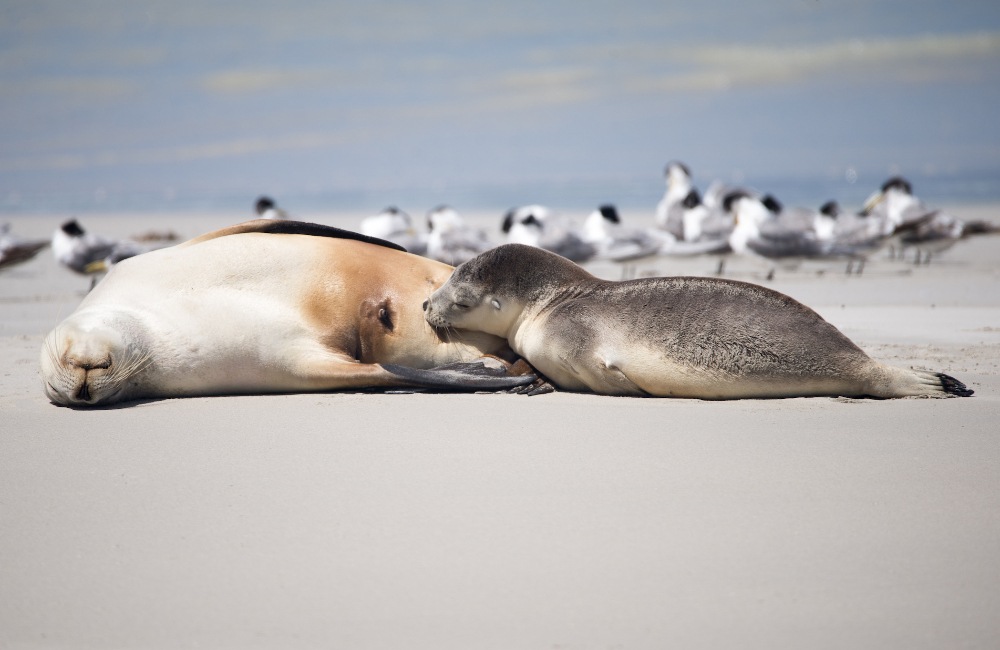 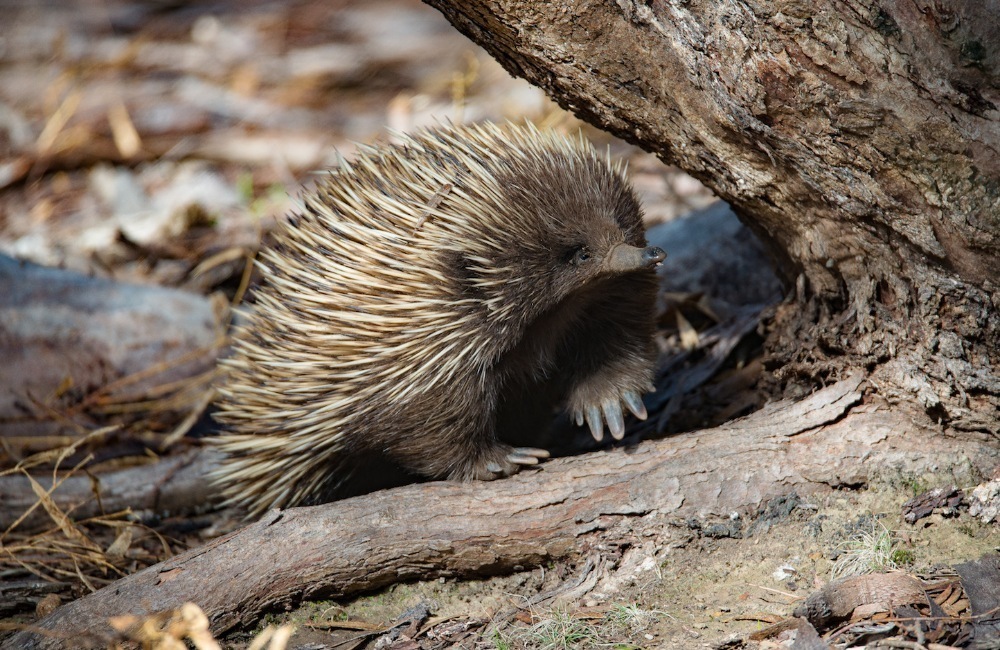