More than any other sport, even the world of Formula One, polo has earned itself the label of Sport of Kings. Princes William and Harry are keen players; the latter, in Rome this past weekend along with his close friend Nacho Figueras for the annual invitation-only Sentebale ISPS Handa Polo Cup at the Roma Polo Club. The setting in Italy’s capital made for a polo match of grand style, in a way only the Italians can do.

The Duke of Sussex, and newly minted father to Archie, took to horseback to raise money and awareness for Sentebale, the charity he co-founded along with Prince Seeiso of Lesotho, that supports vulnerable children and young people affected by HIV in Lesotho and Botswana in southern Africa. This most-anticipated event of the polo season is affiliated with the St. Regis, partners of Sentebale for 10 years, long associated with the world of polo as St. Regis’ founding family, the Astors, were a prominent fixture at the matches at Manhattan’s Governors Island at the turn of the 20th century. The past few years has seen St. Regis host spirited polo matches in the United Kingdom, Dubai, Singapore, and even snow polo in Aspen, Colorado. 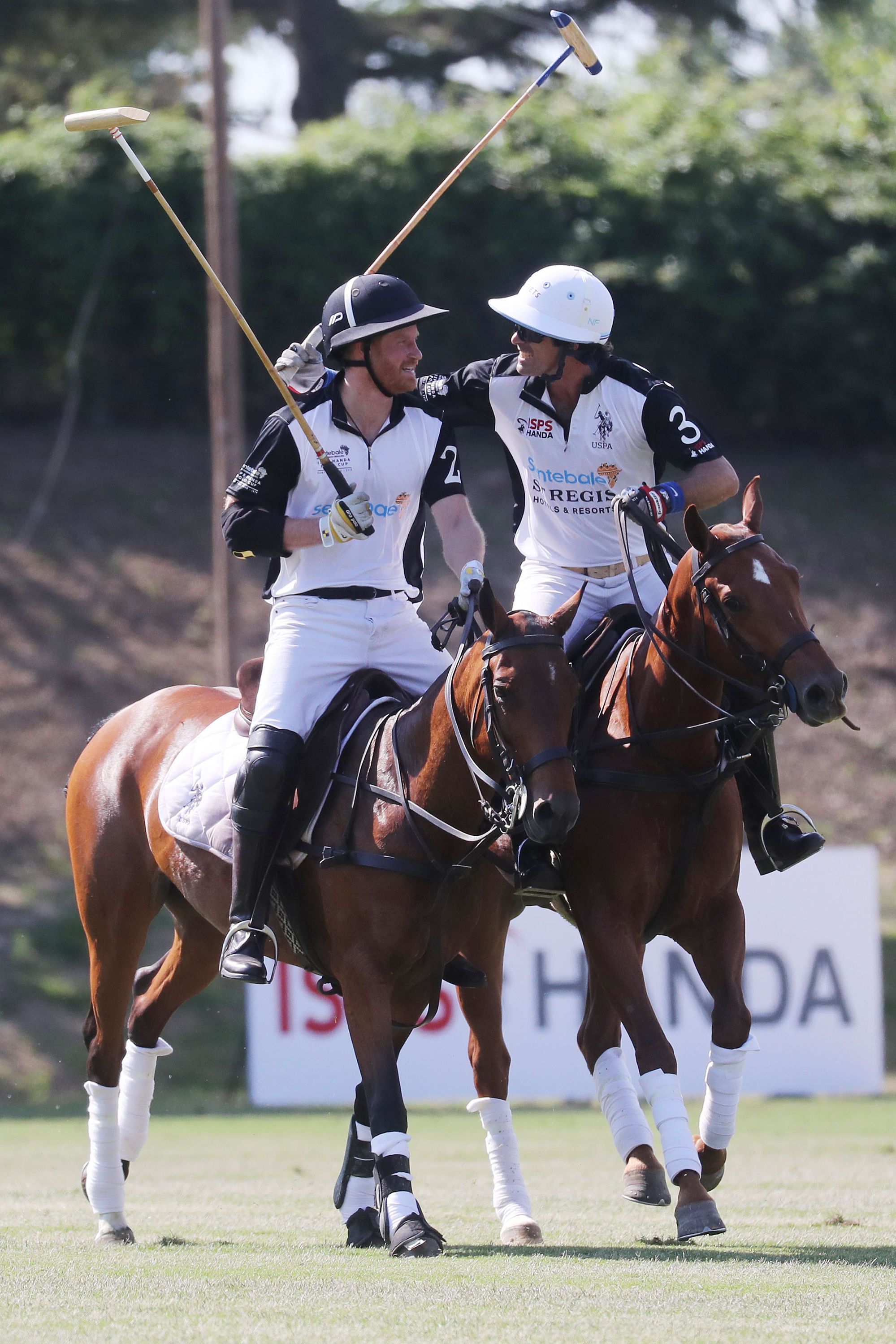 In Rome, the Sentebale St. Regis team was captained by the dashing Argentine polo player and St. Regis Connoisseur Nacho Figueras, against the U.S. Polo Assn. team captained by Malcolm Borwick, claiming victory with a final score of 9 to 6. “Everyone assumes that when we have Sentebale, and Prince Harry and Nacho are playing together that it’s written that we automatically win,” said Lisa Holladay, global brand leader for St. Regis Hotels and Resorts. “I can tell you it isn’t. We don’t always win.”

It is thrilling to experience the speed and drama of the sport. No matter whether the spectator is an equine expert or novice, there is an instant captivation the moment you hear a horse’s hoofs thunder and a player’s mallet crack the ball. As players took the field, onlookers soaked up the sun and this being Italy—the place of warm days and blue skies, delicious food, and good-looking well-dressed people—the scene was a picture show of la dolce vita. Nestled on the outskirts of the city centre, the Roma Polo Club, Italy’s oldest polo club, was transformed into a fragrant spectacle of jasmine archways and floral displays, oranges, and lemon trees (think Bartolomeo Bimbi citrus paintings) whose lemons were branded with the St. Regis logo. Hand-painted tiles in Mediterranean colours and a lemon-lined wall made for an impressive Bar St. Regis serving up cocktails, champagne, and wine, while the hallmark St. Regis butlers attended to guests. 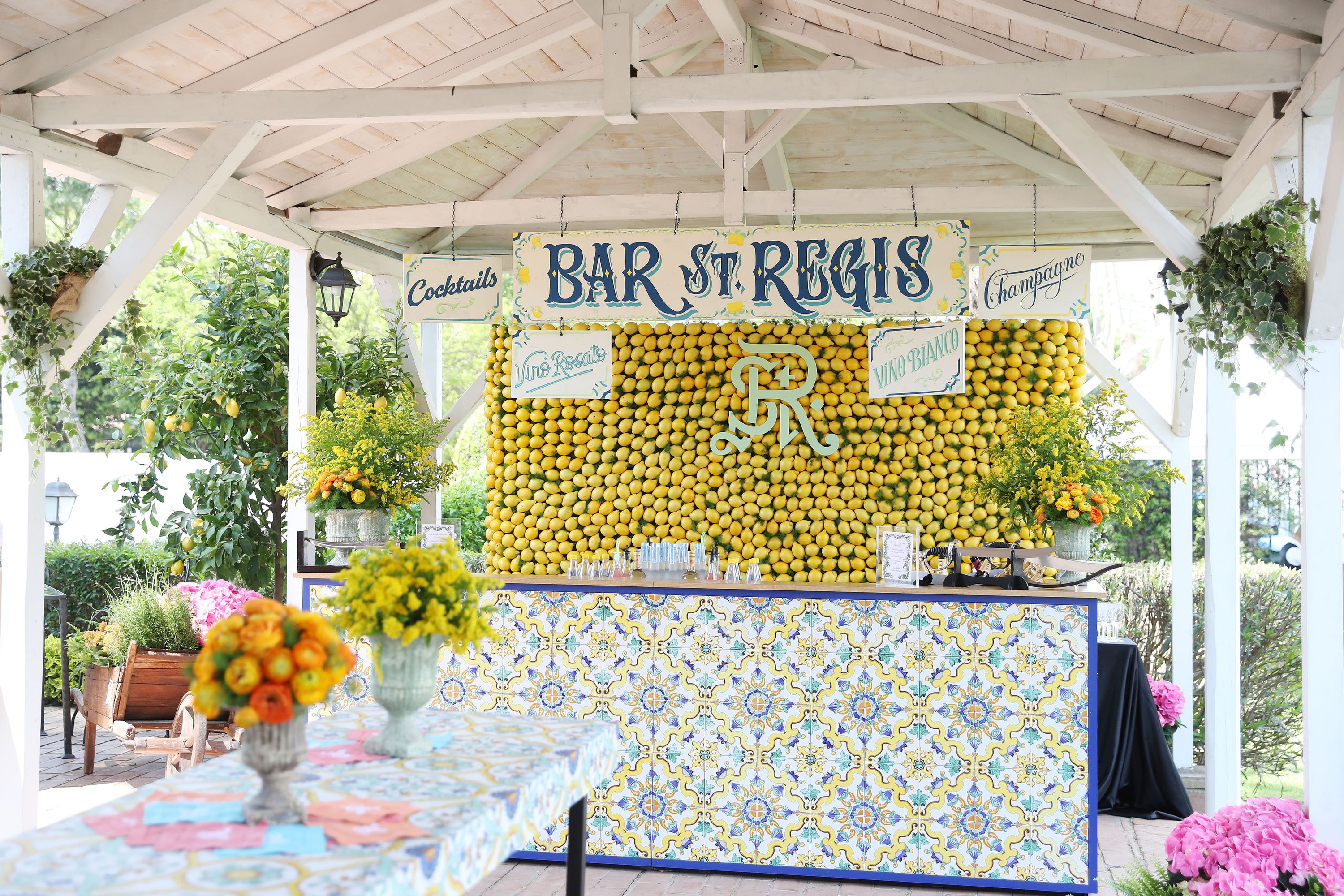 Following the polo match guests continued on to St. Regis Rome for Midnight Supper, a time-honoured St. Regis tradition. The St. Regis New York—the first of the St. Regis hotels—is where Caroline Astor, the mother of St. Regis founder John Jacob Astor, established the original after party: the Midnight Supper. During New York’s Gilded Age, Mrs. Astor hosted high-society parties, at which hotel butlers would tap on the shoulder the people she thought were the most interesting and escort them to a private room for a lavish midnight meal. In Rome, at the regal Ritz ballroom said to be the city’s first public ballroom when opened in 1894 by César Ritz, verdant florals cascaded from the ceiling where Prince Harry took to the podium and welcomed the distinguished guests to what he called “a beautiful jungle”. His Royal Highness The Duke of Sussex went on to explain, “There has been great progress made worldwide in combating the AIDS epidemic but HIV remains one of the leading causes of death for adolescents in the sub-Saharan Africa. Three out of four new HIV infections in 15 to 19-year-olds are among young women. Sadly, stigma remains a major factor. Ladies and Gentlemen, this is stigma at its very worst.”