Omer Arbel might be best known as the founder and creative director of lighting design firm Bocci, but the Israeli-born designer is a creative force across multiple disciplines. Based between Vancouver and Berlin, Arbel’s innovative energy spans across architecture, sculpture, and design. His most recent experimentation on the materiality of concrete is now exhibited at the Surrey Art Gallery, and spread across two galleries.

The exhibition, called Particles of the Built World, is Arbel’s exploration of the artistic and functional nature of concrete over three part-static, part-performative phases of installations. The first phase took place in a warehouse in Vancouver, wherein a concrete column was created using a fabric mould, and left to cure for 29 days. The display was as poetic as it was innovative; the solidity of concrete was juxtaposed by the softness of fabric to ultimately create an amorphous structure. 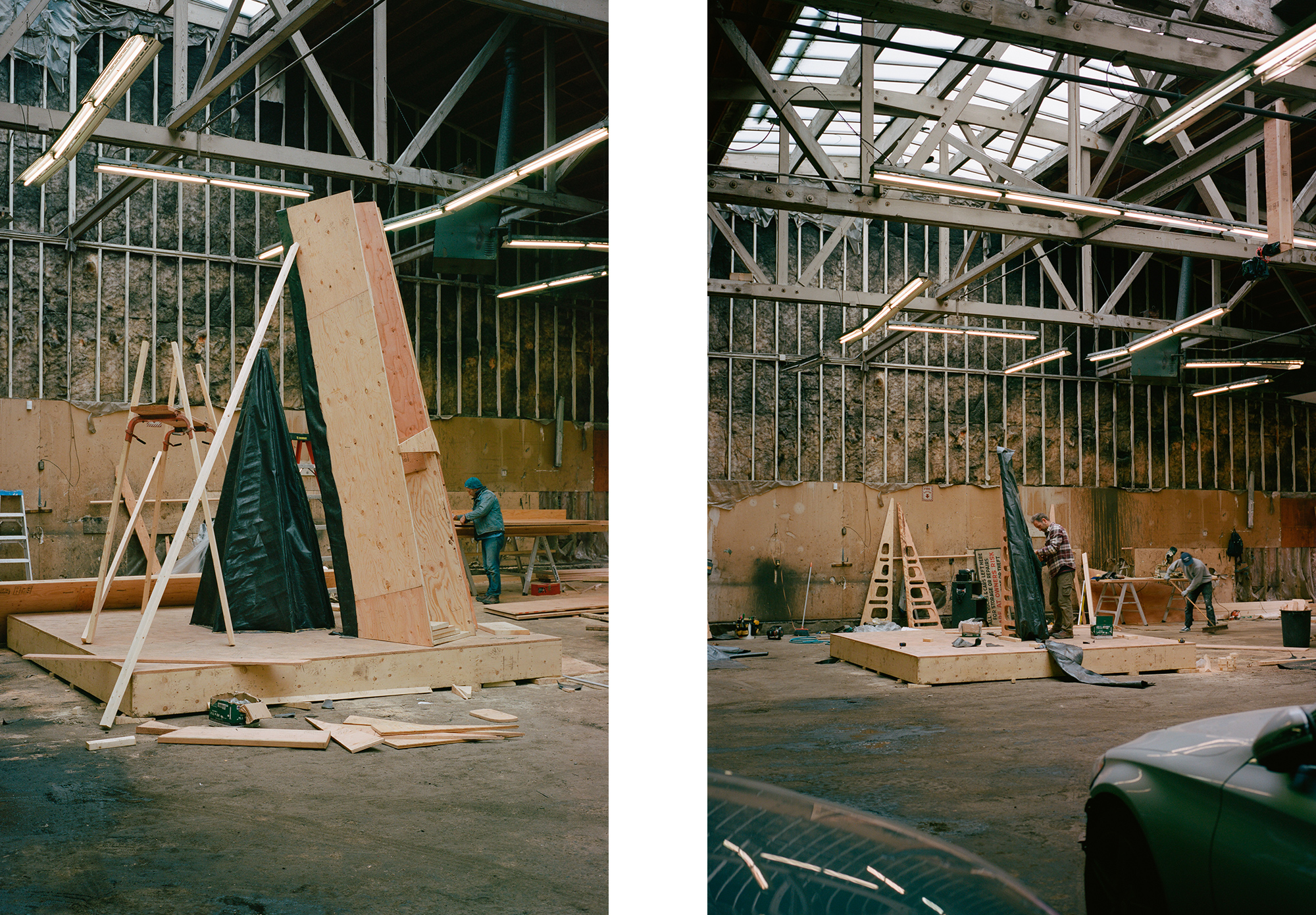 The construction of the fabric-moulded concrete pillar was a 29 day process. Photos by Fahim Kassam.

The column, when revealed, captured the fluidity of concrete—an open defiance to the rigid concrete forms made from plywood boxes typical in construction, particularly in modern recti-linear aesthetics. Arbel’s inventive method of moulding concrete with fabric speaks to a branching of artistic possibilities within the construction industry which “acknowledges [concrete’s] liquid nature,” the 43-year-old designer claims.

For the second segment of the exhibition, the column—a triangular monolith with rippled curves—was then publicly sliced into nine 14-inch wide sections and installed in Gallery 1 of the Surrey Art Gallery, currently on display. The exhibition’s denouement in the adjacent Gallery 2 delves further into the process of fabric-formed concrete through models and plans of Arbel’s ongoing architectural project of a home in South Surrey called 75.9. The home, a modernist dwelling presently under construction, bridges Arbel’s vision into architectural application. Viewers can inspect models of the home’s interior, which reveal concrete pillars, moulded through fabric, that stand 14- to 30-feet tall with thin bases that widen upwards and sprawl across the ceiling to form a roof. The pillars, unique in style and creation, stand like remnants of an ancient edifice, creating dimension and juxtaposition to the sleek modernist structure. 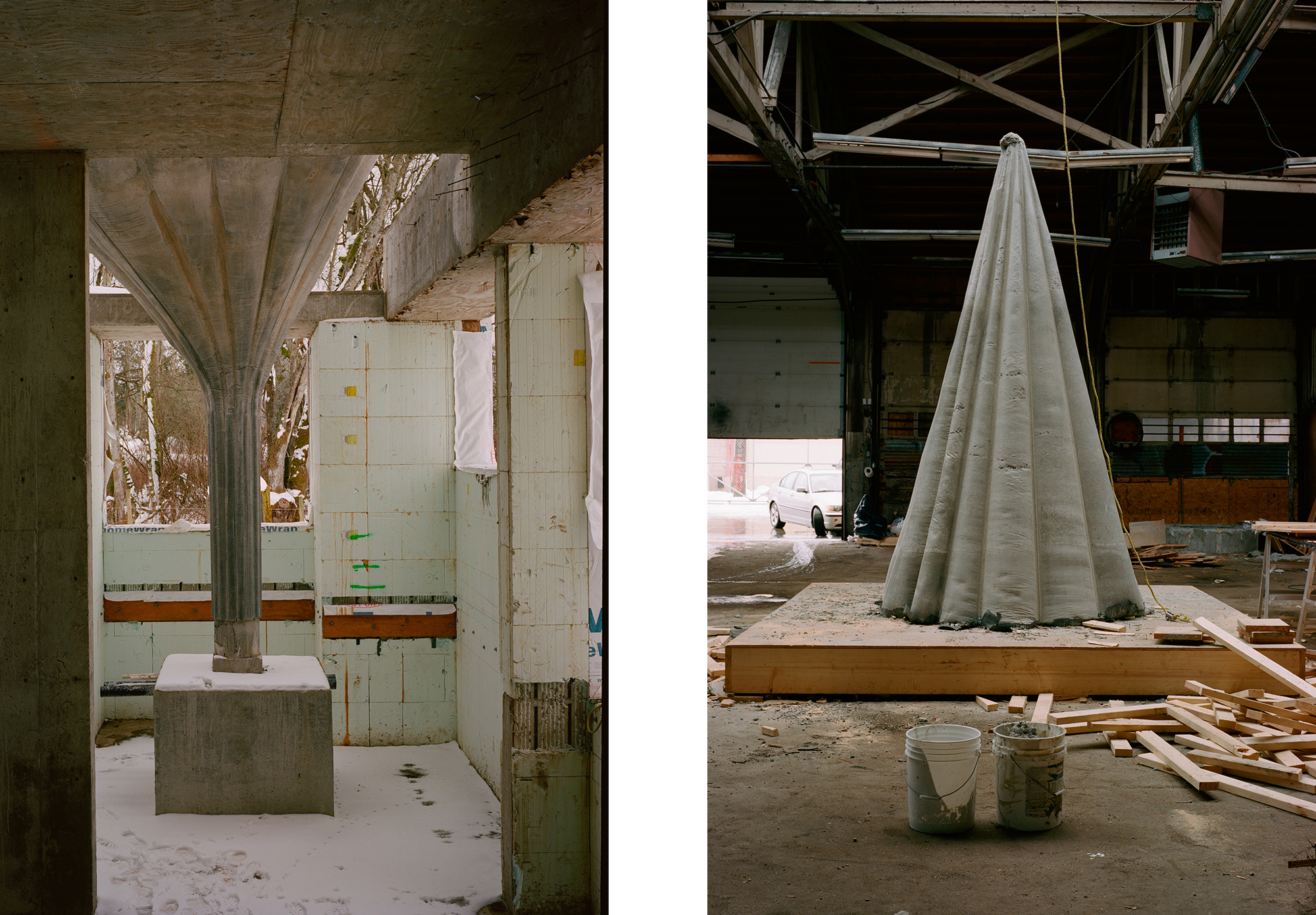 Left: Arbel’s Surrey house project is currently under construction; right: the concrete pillar in final form before being cut into pieces. Photos by Fahim Kassam.

Concrete isn’t the first foray into experimental design for Arbel; from glass and copper lighting designs for Bocci to 2.4, the 50-layered resin chair that launched the designer’s career, experimentation is a continuous method in exploring new ways of creation outside the realm of standard.

Particles of a Built World is on display at the Surrey Art Gallery until June 16, 2019.