What’s old is new again. In fashion, Gucci’s revival of 70s-inspired collections; in design, the glass block, the symbol of 80s décor is cool again; and even houseplants, succulents and leafy green are trendy. New again too is the Eero Saarinen architectural marvel poised at New York’s JFK airport. The Trans World Airlines terminal that saw its last passenger in 2001 has new life as the TWA Hotel. 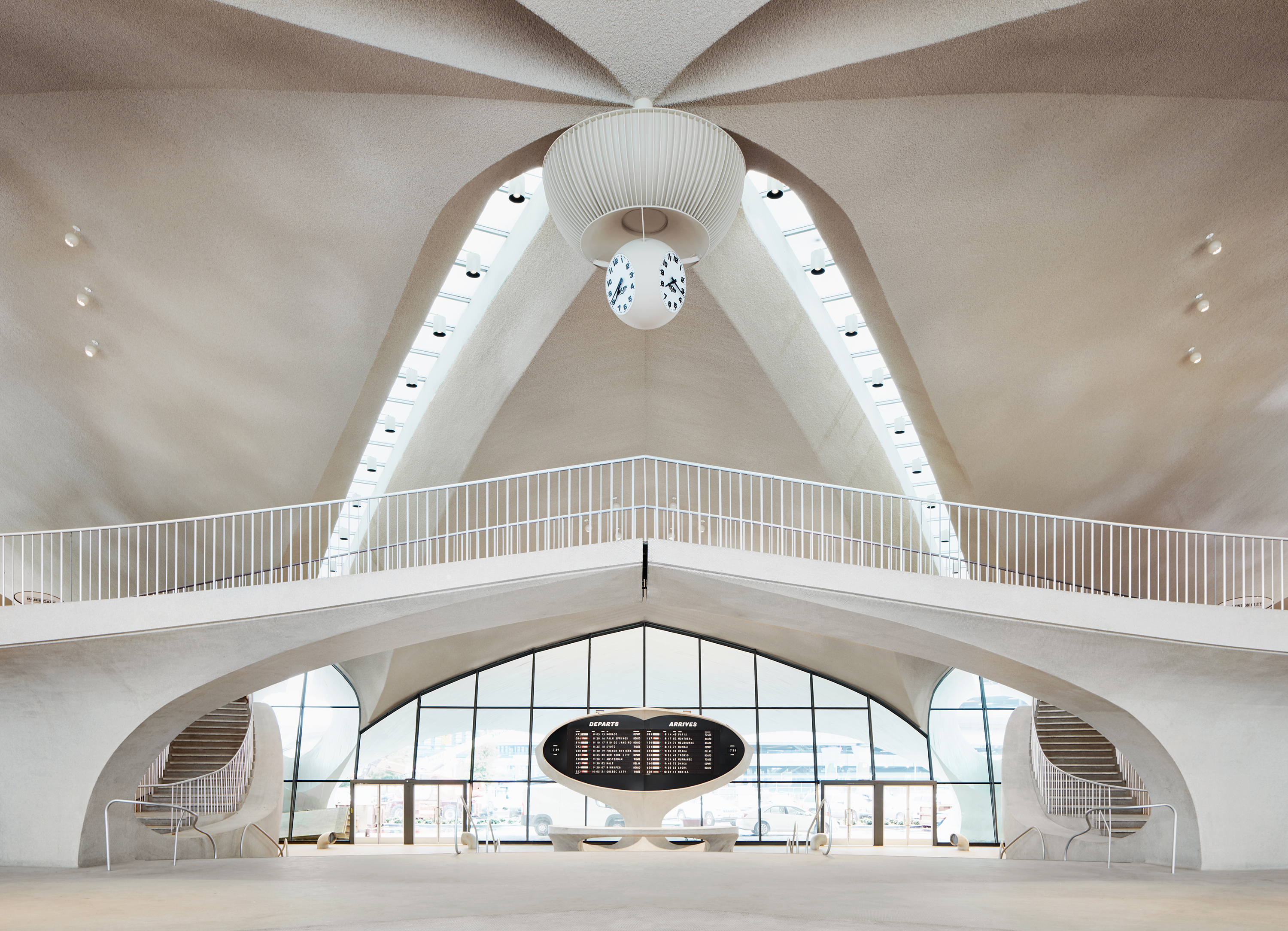 Photo courtesy of the TWA Hotel.

When the TWA terminal opened in 1962, it epitomized the glamour of the Jet Age. After its closure, it was listed on the National and New York State Registers of Historic Places all the while falling dusty and neglected. Saairnen’s iconic winged terminal is enjoying the spotlight again as the hub of the TWA Hotel—a $265 million (U.S.) renovation. “Eero Saarinen’s cathedral to aviation has always looked toward the future,” said Tyler Morse, CEO and managing partner of MCR and Morse Development, the developer and lead investor of the project, on the hotel’s May 15 opening day. “We restored and reimagined his landmark with the same care that he devoted to his design.” 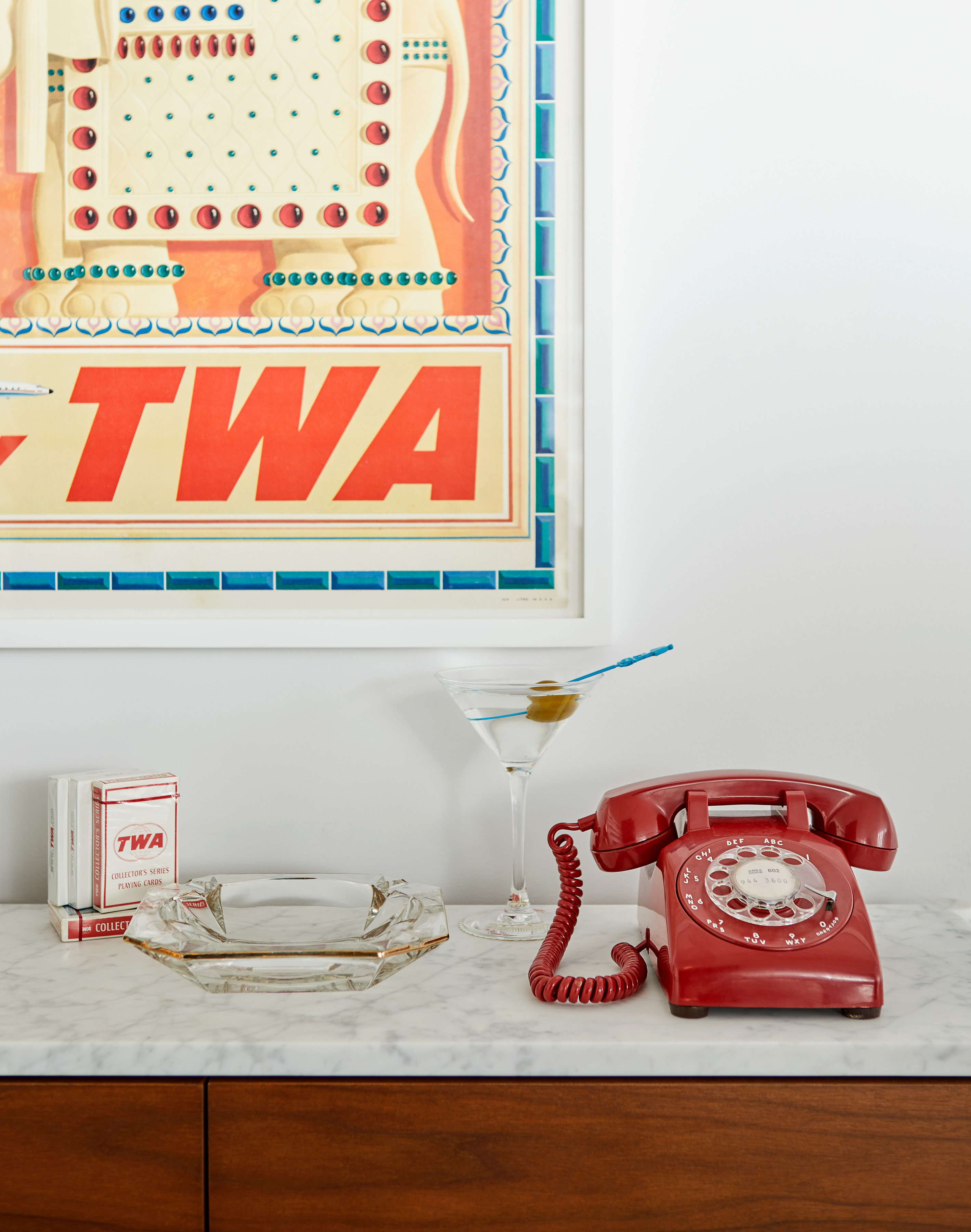 The three-year renovation resulted in a terminal-turned-hotel decked out in mid-century modern design. From the moment you arrive at the TWA Hotel, you find yourself immersed in an ethos fuelled by nostalgia. The 512 guestrooms set in two low-rise buildings behind the historic terminal feature Knoll furnishings. The floor-to-ceiling windows are seven panes of glass, 4.5 inches thick, so that you see the planes taking off but do not hear them. Rotary phones have been converted and custom fitted with a pulse to tone converter. Vintage TWA advertisements make for art and the classic red-and-white TWA branding is everywhere. 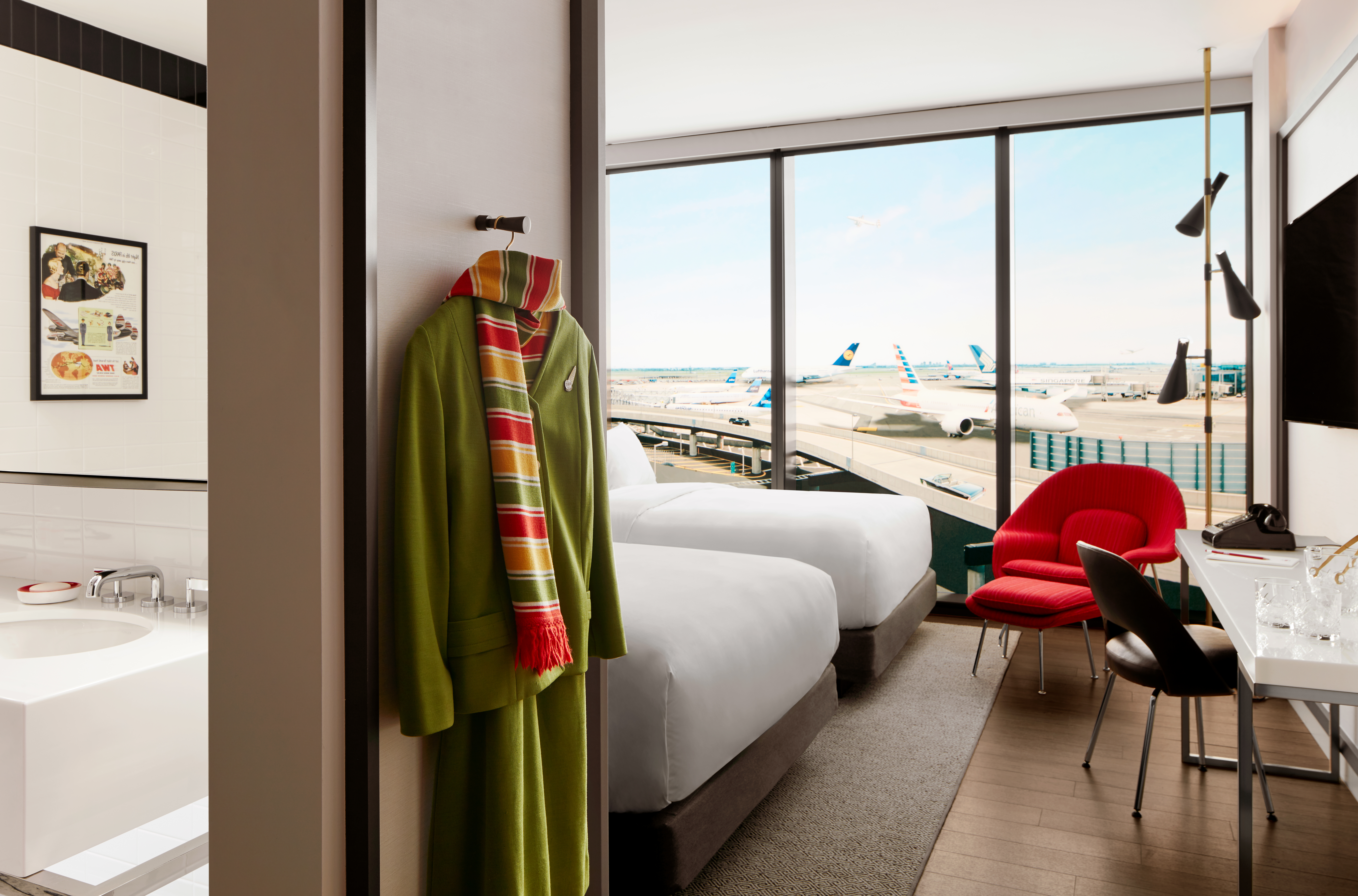 Photo courtesy of the TWA Hotel.

The Sunken Lounge remains as its original 1962 design with its chili-pepper red carpet and reimagined as a cocktail bar operated by the Gerber Group serving classics like the Aviation as well as signature cocktails aptly named Come Fly With Me. (Louis Vuitton staged their 2020 Cruise Runway show in the space, the first event to grace the newly restored building even before the hotel opened.) There is an airplane on property—a Lockheed Constellation L-1649A aircraft, The Connie—repurposed as a cocktail lounge—and Paris Café is a Jean-Georges Vongerichten restaurant for breakfast, lunch, and dinner, while the Departures Dining Hall is food hall fare. A rooftop infinity pool overlooking JFK’s runway with the accompanying Pool Bar (also operated by the Gerber Group) will be completed later this year.

TWA Hotel is one of the most anticipated hotel openings this year. Heading to New York? Who would have thought staying at JFK could be so chic. 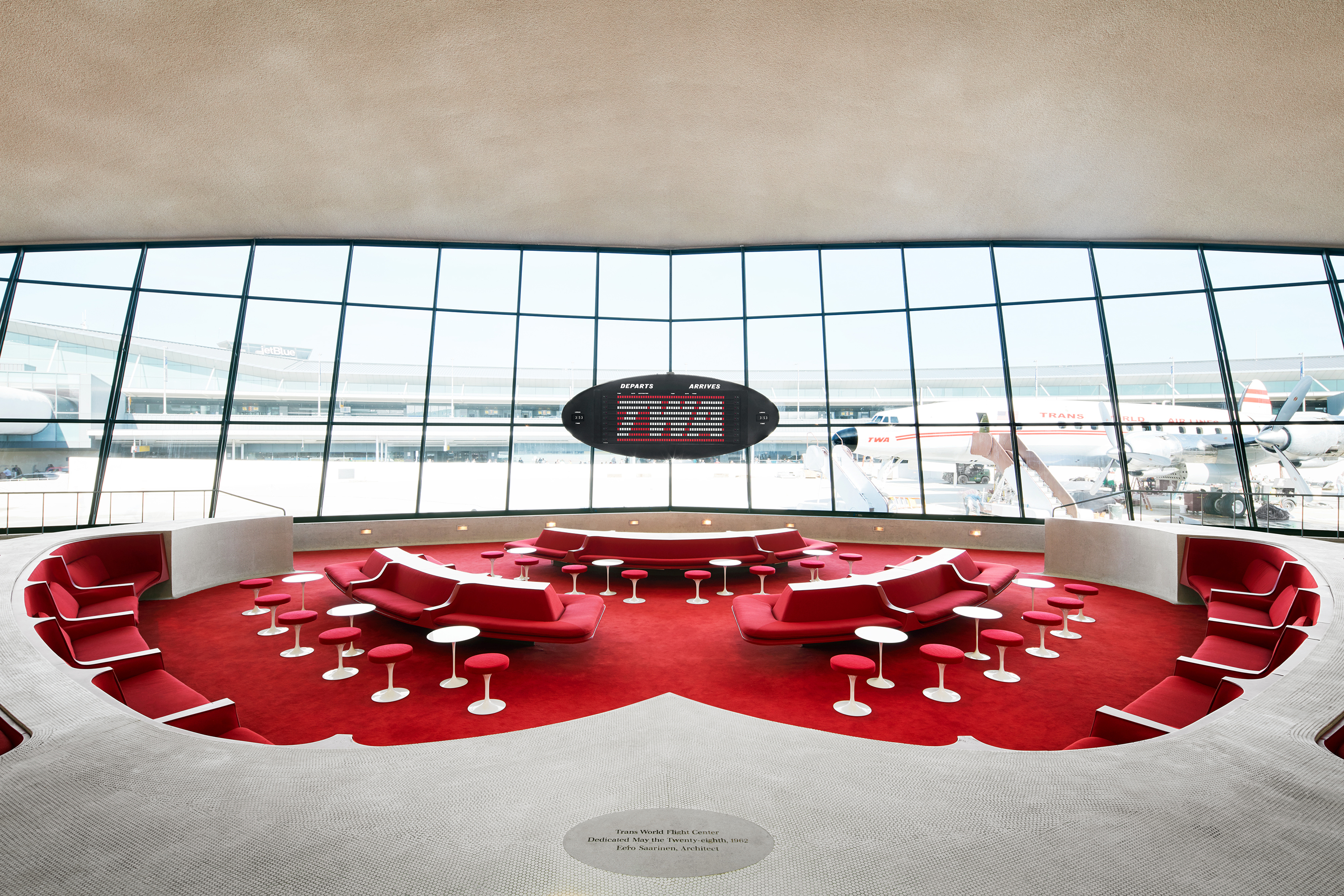 The Sharifi-ha Residence in Tehran In Partisans We Trust