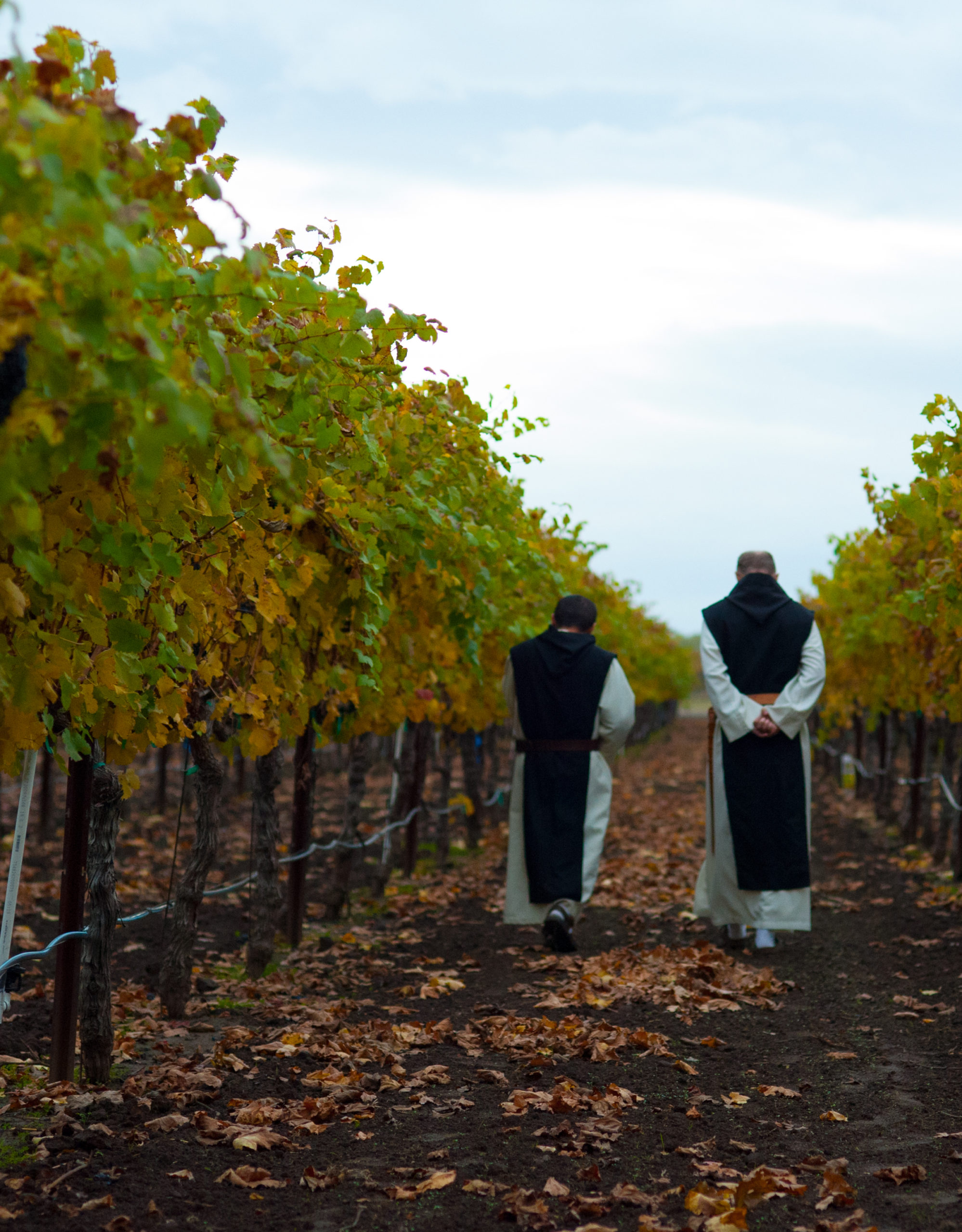 For many people, thinking about the distant history of wine evokes images of monks labouring in the vineyards and cellars of their monasteries. The best-known of these monks is undoubtedly Dom Pérignon, still often thought to have invented (or discovered) sparkling wine in Champagne. But the story of Dom Pérignon as the founding father of fizz is fanciful fiction, made up 150 years after he died.

However, there is no doubt that Christian monks played an important role in the history of wine.  Because wine was central to Christian ritual (Communion) and narratives (the first miracle attributed to Jesus was turning water into wine), missionaries planted vines wherever they went so that they would have constant access to it. Over time monasteries became major producers in such regions as Burgundy, where Cistercian monks founded a vinous empire: hundreds of monasteries produced wine for Communion, for the monks’ own consumption, and for sale on the open market.

This was also true in the Americas, where missionaries planted the first grapevines in Argentina, Chile, and other regions in the 1500s and in California in the 1700s. Monks founded some of today’s major wine regions. The Church was so influential that the Spanish grape variety they most often planted in the Americas became known as the mission variety.

Today, wine-making monasteries are few and far between, although some are beer-producers, such as the Trappist monasteries in Belgium. But they exist. One is in northern California, the state whose wine industry was started by Franciscan missionaries a century before the area’s wine industry began in earnest. 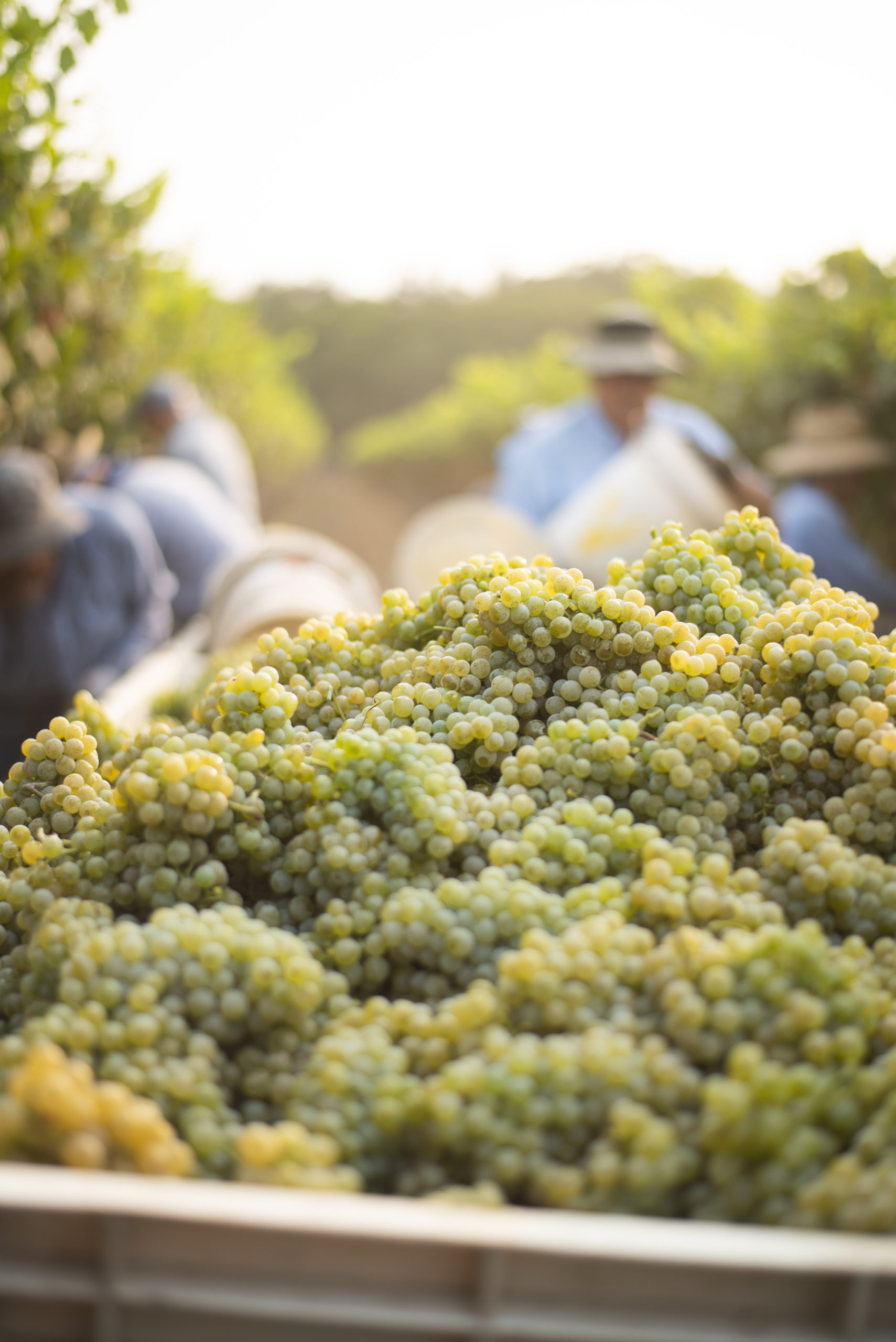 Outside the town of Vina, about 170 kilometres from Sacramento, lies the New Clairvaux Vineyard.  It’s owned by the New Clairvaux monastery, home to Trappist-Cistercian monks who trace their lineage in part to the Cistercian order that owned vast tracts of vineyards in France and elsewhere in Europe from the Middle Ages to the nineteenth century. If any monastic group deserves to be known as the winemaking order, it is the Cistercians.

In 1955 the order purchased land in northern California that had been part of the Great Vina Ranch, a winery owned by Leland Stanford that in the 1880s was the world’s largest wine-producing facility. (Stanford also founded Stanford University, officially named Leland Stanford Junior University.) The Great Vina Ranch vineyards covered 4,000 acres, and annual production was 2 million gallons of wine – more than 10 million bottles.

New Clairvaux Vineyard’s two 10-acre vineyards (the Poor Souls Block and the St. James Block) are each planted in several grape varieties. The important reds are barbera, petite sirah, tempranillo, and syrah, while the whites include albariño and viognier. New Clairvaux was the first American winery to plant the Greek varieties assyrtiko and moschofilero

The wines at New Clairvaux are made by Aimée Sunseri, a fifth-generation wine-maker whose family has made wine in the area since the late 1800s. New Clairvaux makes a wide range of reds, whites, and rosés.  For the most part, the vineyards and winery are staffed by the monks, who also serve in the tasting room.

New Clairvaux Vineyard might not be much like any medieval monastic vineyard, but it’s a modern link in a tradition that goes back almost two millennia — and yet New Clairvaux’s wines are far superior to any made centuries ago.