Masai Ujiri is a leader, humanitarian, activist. He is a winner. The British-born, Nigeria-raised president of the Toronto Raptors is getting the franchise back in motion ever since the basketball season was suspended in March due to COVID-19. However, there’s been an unprecedented social upheaval off the court, as racist police brutality set off widespread protests around the globe. Just last June, Ujiri himself was subject to discriminatory police behaviour when an Oakland, California, deputy denied him access to the court moments after the Raptors won the NBA championship. He feels that encounter was “irrelevant” in relation to what has happened to others. “I was on camera, and you think of how many people that nobody will ever see, or will ever know about, who lost their lives.” Nevertheless, Ujiri is acutely aware he’s a voice in the forefront, as does Audi, which tapped him for its Audi Innovation Series featuring talks by global leaders, where NUVO caught up with him in Toronto.

How would you describe your leadership style?

Empowering, but diverse empowerment, including women and people from all walks of life. It helps your mentality and helps your way of thinking. You just want people to express themselves, do their best, be innovative, be visionary, be creative, think differently, to not be afraid to make mistakes, and win.

What’s one thing from a leadership perspective that you admire, or may have adopted from the following people?

On Prime Minister Justin Trudeau: He always has a good spirit about him in everything that he’s doing; he has a passion and energy about him all the time. I went to the African Union in Ethiopia with him, and in 6 a.m. briefings, he’s the same way. It’s what you want in a leader, because it’s infectious.

On Barack Obama: My guy, I would say one of the smartest persons in the world. Incredible mind, incredible person. He motivates you, he gives you a sense of hope, and he’s so diverse in his thinking. I’ve found he’s an incredible listener, too, and that takes something from a person that’s a leader.

On Nelson Mandela: We can say he’s the most selfless person that ever lived in this world. The dedication, the time that he spent, how he sacrificed his life for the people. He was so ingrained in the apartheid movement and freeing black people, not only in South Africa, but around the world. Imagine if we had him in this time, with all these problems. 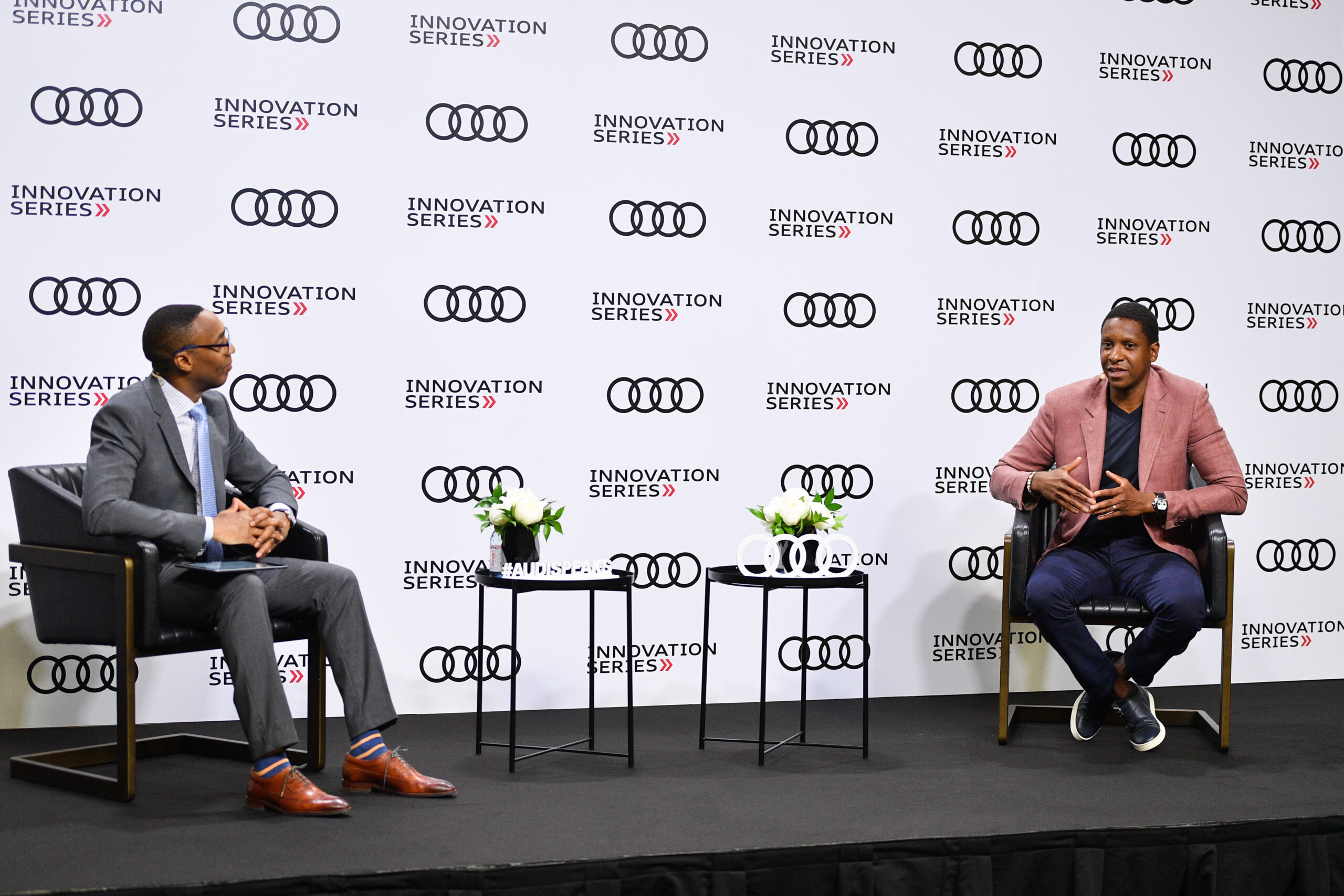 Now that you’ve had time to reflect, what stood out most about the Raptors’ championship run?

How mentally focused our team and coaching staff were. It was so up and down—we started slow with Orlando, and then, boom, we hit, and with the Sixers, it was such a roller-coaster series. That mental capacity to be down 2-0 to Milwaukee, the best team at the time, and come back and have that wave—I thought it was incredible. The other thing was the parade. I’ve never seen anything like that. Such a touching moment to see everyone react that way and the joy everyone felt. To see the way it was embraced by Canada, by the fans, and by the world … you can’t imagine.

You founded Giants of Africa (GOA) in 2003 and now have basketball camps for underprivileged youth in over 17 countries and territories across Africa, but how did GOA become involved with the village of La Loche, Saskatchewan?

Marci Ien called me after the killings at the high school and told me there were a few kids at the wake wearing Raptors hats and said, “Maybe there’s something you want to do or send?” I wanted to find a time when we could go to La Loche, and it was incredible. We built a program that’s still going strong every year, where a few kids from La Loche visit us in Toronto. Everything with Black Lives Matter right now—Indigenous lives matter, too. That [racism] is something we know Canada is not immune to, and we have to pay attention and be a voice for them, because they built this for us. They have to be given an opportunity and be seen as we see everyone else.

The late musician Fela Kuti called himself the “Black President.” How was that inspirational?

I am the only black president in all of major professional sports. It’s an embarrassing distinction, and it’s time for people to pay attention to this. Am I proud that I’ve got to the position that I am? Yes. But it’s a failure if there are not people that follow you, regardless of what you’ve won and what you’ve done. I have that obligation to my race. Fela had incredible vision—he fought police brutality in Nigeria before anyone even talked about police brutality. He was a big advocate to communities and people, so it’s given us a strength to be Black people, and we have to give more Black people strength.

The Structures of Culture