Cool, crafted, powerful: these are some of the attributes that make cars—classic and contemporary—so irresistible. For generations, the refined elegance and masculinity of cars has influenced fashion; today, designers like Stefano Ricci craft lines inspired by the outfits of race car drivers, while Alessandro Sartori, artistic director of Zegna, takes inspiration directly from car aesthetics. The relationship has also flowed the other way: Gucci paired with AMC for car trimmings in the ’70s, starting a revolution in the standard of interior car designs and the conceptual exchange between high-end fashion and vehicle manufacturers.

Today, the relationship between glamour and luxury vehicles is well established. Shiny dresses, sleek suits, and sparkling fenders have supplied the fodder for many a photo shoot. Yet, on the design floor, a conversation continues between fashion and cars:  the shoes that Christian Louboutin designed for 2018’s Montreal Grand Prix were directly influenced by the cars in the race; the relay between watches and cars is standard practice, and more recently, Alex Knost—a designer for Vans—created a pair of shoes based on the colour palette for his wood-panelled retro Cadillac. 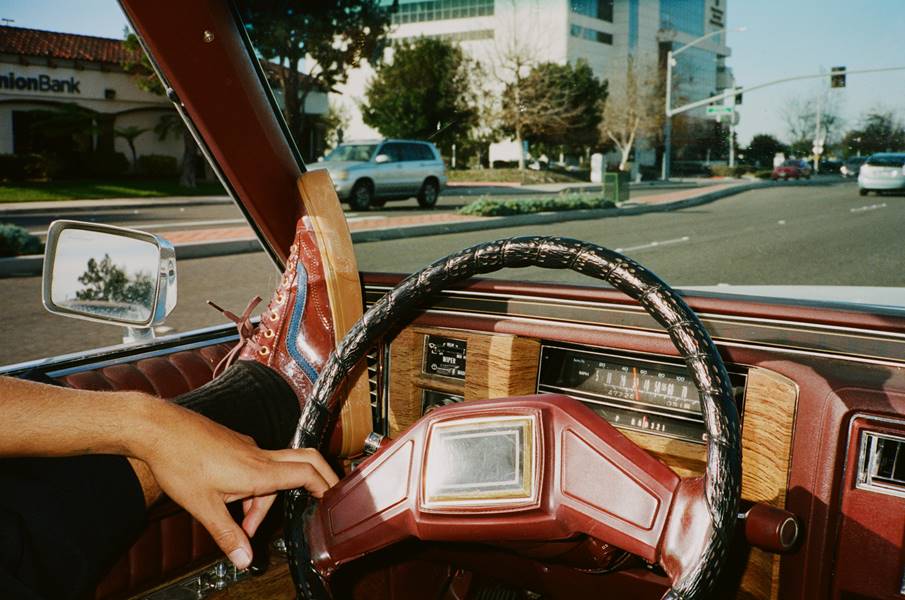 Alex Knost—a designer for Vans—created a pair of shoes based on the colour palette for his wood-panelled retro Cadillac.

From the branded to the idiosyncratic, fashion is expanding on the ways that influence can be drawn from car culture. But no company is doing more in this field than Mariclaro, an outfit that originated in Mexico and has since relocated to Snow Road Station, Ontario, where all its products are hand-made on site.

Mariclaro creates high-end bags, wallets, and other accessories from the interiors of cars and decommissioned aircrafts that would otherwise be doomed to the landfill, as so many well-crafted things eventually are. 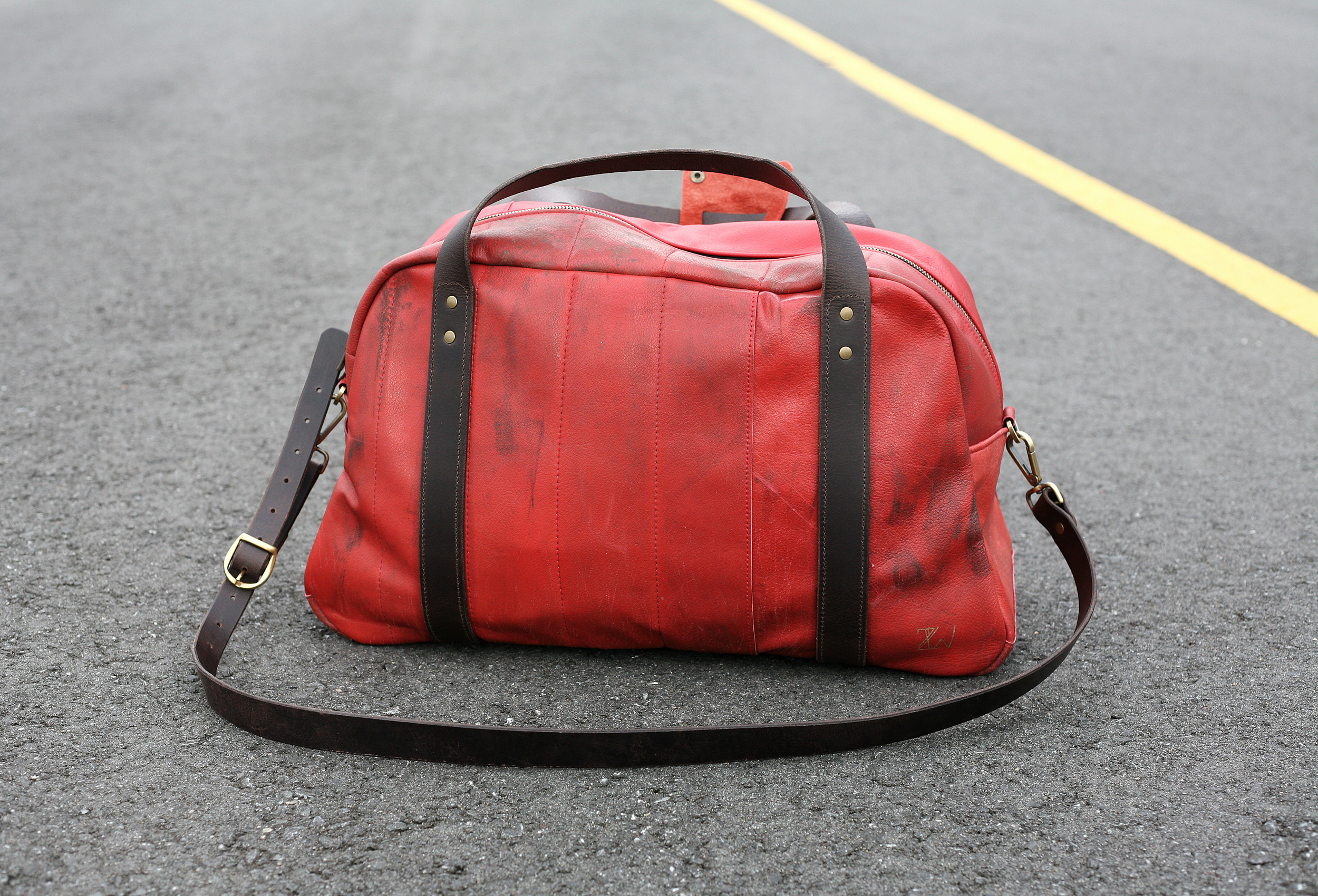 The Mariclaro weekender leather bag made from the interior of a 1952 Mercedes Adenauer.

Mariclaro’s business model and aesthetic is based on an automobile-inspired product that has a contemporary hook: sustainability. Leather and other high-end materials used in the making of luxury cars are saved from destruction and the original craftsmanship is preserved, brought to light through Mariclaro’s careful selection and production. In this way, the flow of influence between automobile culture and fashion comes full circle. Fashion designers once played a role in shaping the world of car interiors, and these collaborations are honoured and maintained by companies like Mariclaro that recognize their value.

Sven Schlegel began Mariclaro in 2008, making bags from disused election banners. Since moving the company to Canada, Schlegel has continued the ethos of reuse by hand-making his designs from materials gathered at scrapyards. Schlegel notes that since Mariclaro sources its materials by hand, all of the accessories it produces are one-of-a-kind. The spirit of cars such as Porsche, Mercedes, and BMW live on in designs that, while recalling the flavour of the car they were born from, stand on their own as luxury items. 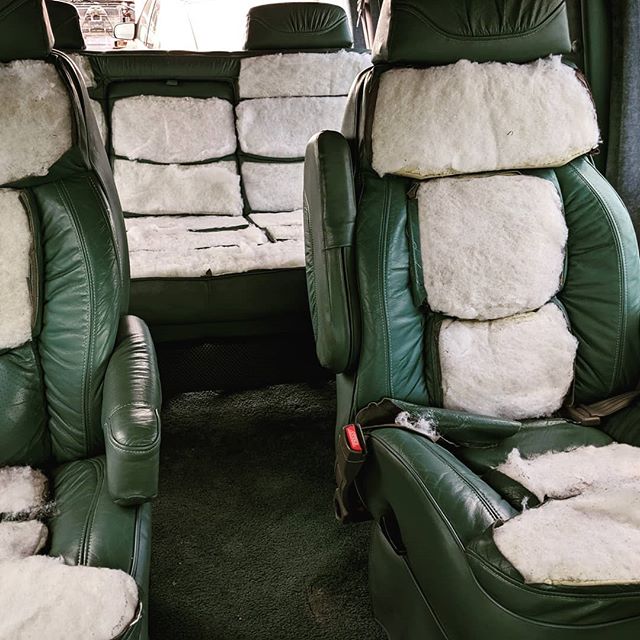 1977 Chevorlet G Series on its way to becoming a bag.

What’s distinct about Mariclaro’s designs is the range of its collections. Nuanced design choices unify different lines like “Back to Earth,” which is a sleek, darkly coloured collection that features interiors and buckles from airplanes.

In its time as a company, Mariclaro has garnered significant acclaim. It received the Globe Award for Best Green Canadian Product in 2011, and the company does not seem to be slowing down. As cars become more mass-produced and interiors more homogenous, Mariclaro reminds us of the craftsmanship that fuels people’s love of stylish cars. The timeless marriage between automobile culture and fashion is preserved in these objects; this dynamic makes them cultural in the highest sense—their sustainable production makes them timeless. 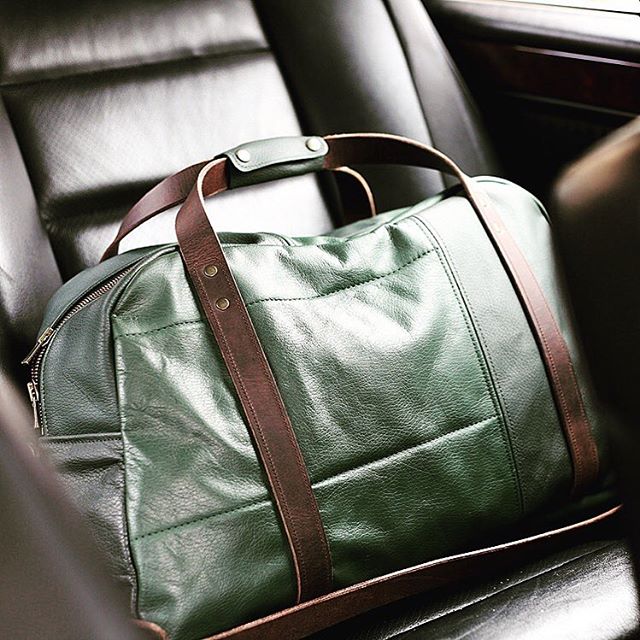 Mariclaro bag made from the leather of a 2000 Audi. 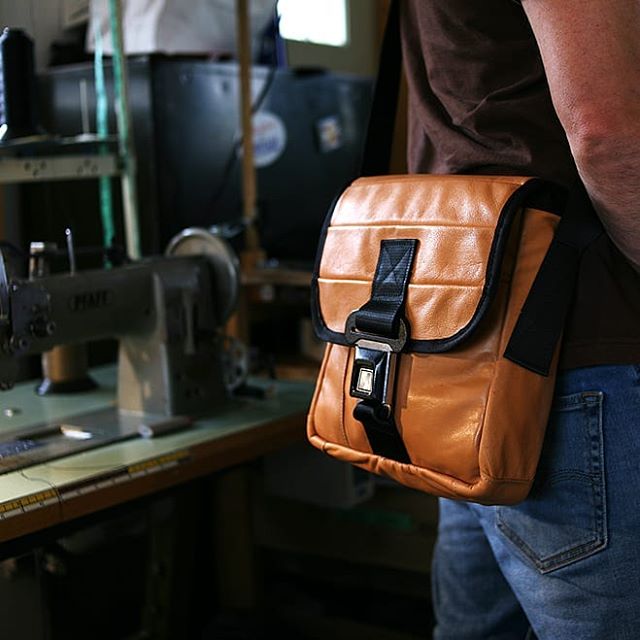 Mariclaro mini messenger bag made from the leather of a 1969 Lamborghini.

Two New Porsches: the “992” and the Porsche Design 911 Chronograph

Driving to Food Paradise in Naramata With a 2021 Cadillac CT4