As the options for luxury travel continue to expand, with boutique hotels opening up in deserts, underwater, and atop tundra, the world seems smaller. Options grow, the unknown is scaled down–especially with the gyre of the Internet. But one mystery remains: space. And it seems that soon, luxury will find a home there as well.

What if you were told that as early as 2027, you could be dining among the stars and waking up in the morning with a view of Earth to draw you from your bed? Some may scoff and say this is impossible while others might cringe, images from a Stanley Kubrick film or a botched shuttle launch flashing before their eyes.

Tim Alatorre has a very different reaction. Alatorre is the senior design architect for the Von Braun Station—a project of the Gateway Foundation, a group of financiers, dreamers, and scientists who have faith in the space station designs articulated by the controversial scientist Wernher von Braun himself. Maybe faith isn’t the right word, as this project reflects years of research and collaboration with elite scientists all over the world. 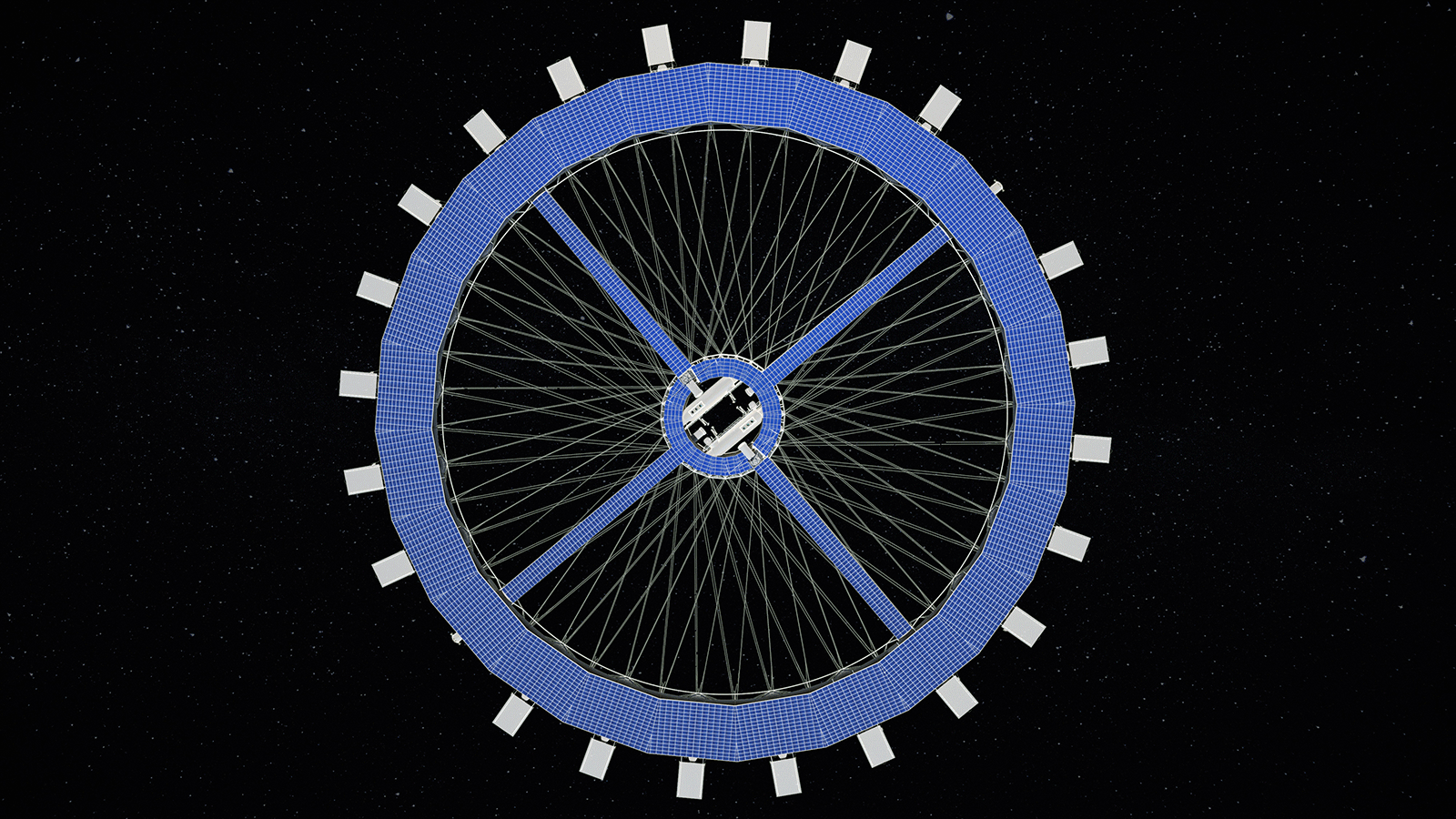 The sunny side of the Von Braun Station with solar panels out (rendering).

When talking about the project and the tendency toward science fiction that underpins the cultural conversation around humans in space, Alatorre insists, “There’s nothing revolutionary about what we want to do. It’s an evolution of what’s been done before.”

However, no one has been able to get this far until now. Essential to the Gateway Foundation’s initiatives is a group of private-sector (mostly Californian) companies that would handle different aspects of the supply chain in space travel. For example: Alatorre mentions SpaceX and Virgin Galactic as significant collaborators. The Gateway Foundation would build the station, Elon Musk would shuttle the paying customers–verticality at its conceptual and literal limit.

If this sounds somewhat familiar, it’s because when Alatorre says the Von Braun Space Station is an evolution of what’s been done before, he also means the concept is informed by contemporary luxury and vacation models.

Much like the cruise ships that operate in oceans all over the world, the station would offer cuisine, exercise, and private compartments, and Alatorre suggests that day trips to the moon or the International Space Station aren’t out of the question. On top of that, he mentions with some awe, there are the possibilities for different industries—asteroid mining, space taxis (your guess is as good as mine!)—proliferating in ways unforeseen, in order to accommodate the needs of this industry.

Of course, cruise ships and luxury hotels—two models for the Von Braun space station—bring to mind a narrow market, especially for those who imagine space as an egalitarian domain outside the class strictures of Earth. 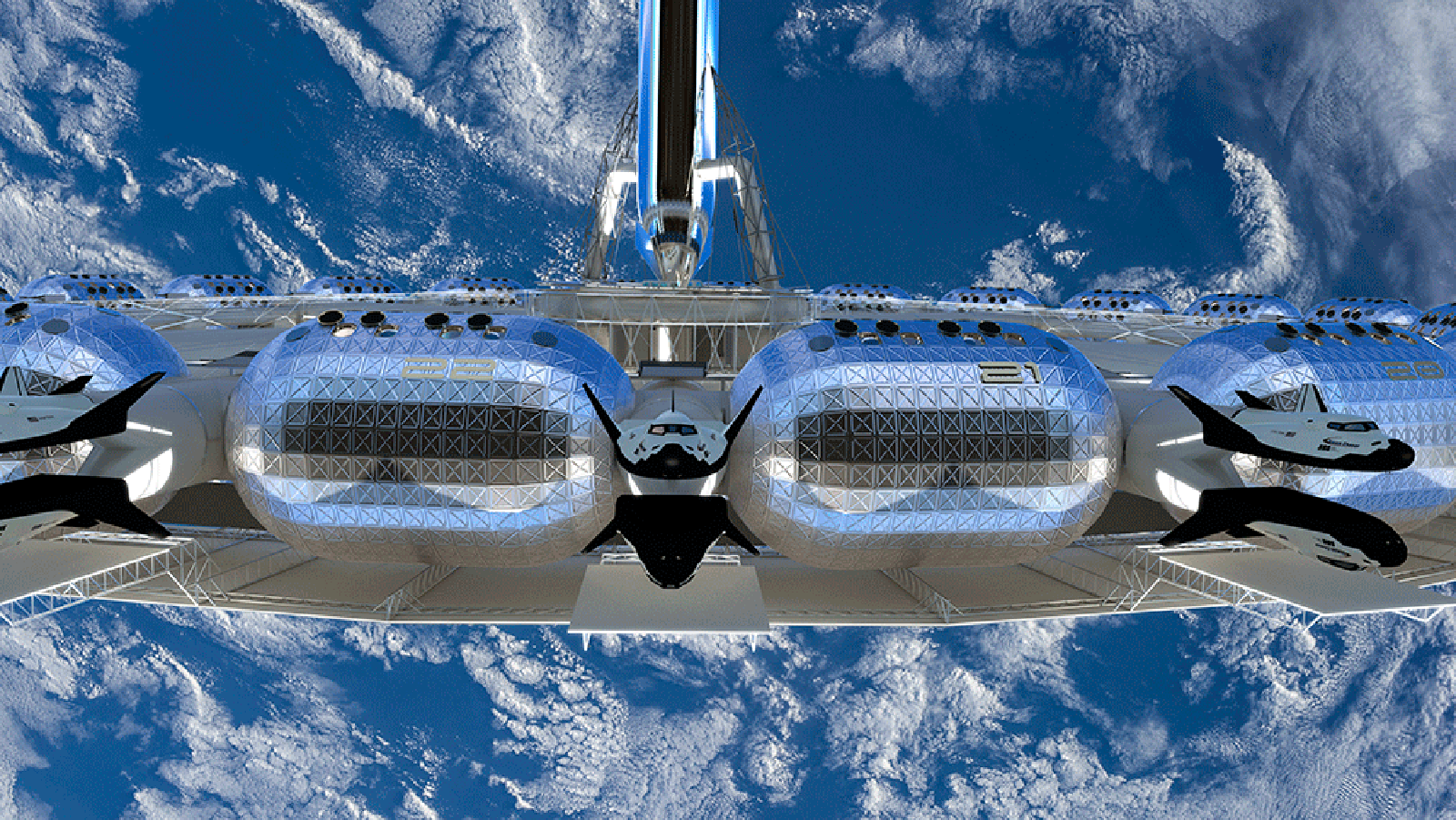 Alatorre admits that, at first, the options on the space station will be segmented, similar to those on luxury liners, with different packages and options available for different prices. However, he hopes that someday the venture will become more equitable, especially with the perspective that seeing our planet provides: “I really feel that if people get up into orbit and they look back on the Earth and they see just, you know, this blue planet that we’re all sharing, that will hopefully start to break down some of those barriers.”

When pressed about the effects of space travel on Earth’s climate, Alatorre is hopeful. “This structure,” he says, “will be the most sustainable building ever created.” While this statement might seem grandiose, he has the data to back it up. The station will be completely run by the solar energy, and most of the water and air on board will be recycled in order to reduce the number of trips made from the Earth’s surface.

Even the environmental efficacy of the rockets themselves are considered by the engineers. The Raptor rocket, for example, is designed to use efficient methane based fuels that use atmospheric C02 and cut down on the byproducts of standard rocket fuel. These rockets, if successful, would end up having a net positive effect on the atmosphere. We will see.

But what about the conditions of space itself? Atmospheric travel has traditionally been depicted as rough on the body—something that requires months or even years of training to undertake. Alatorre laughs knowingly when asked about the likelihood of aging vacationers and retirees undergoing intense space training. He insists that most of the training depicted on film does not reflect actual conditions. “Most of that stuff is just for emergencies,” he says, “and there will be trained staff on all shuttles and on the space station itself that would deal with any emergencies.” This includes any sort of extraterrestrial threat, which they would be the first to know about, Alatorre jokes. 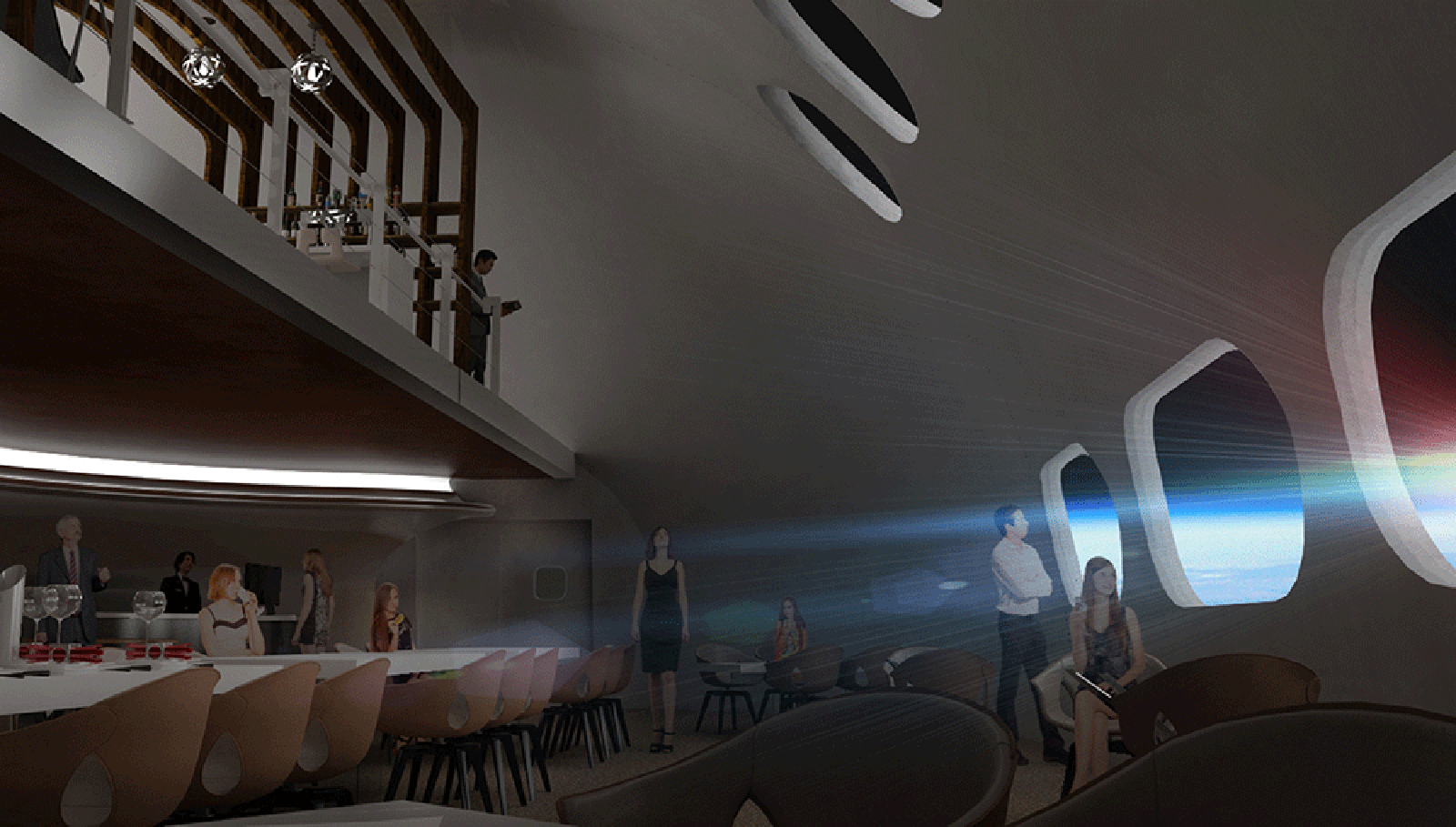 Restaurant with a view of the cosmos (rendering).

On the topic of safety and security, Alatorre is candid about the risks but insists that many of the precautions and risks related to space travel are similar to those associated with air travel. Although technically the law and guidelines in the atmosphere are similar to those operating in international waters, it seems obvious that national governments will be keeping a close eye on these exploits, especially if you take into account the thousands of government satellites floating above our heads.

The first 100 passengers are set to visit the space station in 2025, which is just around the corner. This 100 will be comprised mostly of people involved in the realization of the project. The dreams of multiple generations, the thousands of films, and the eyes of curious children at every point in history all seem to be leading up to this moment. But this isn’t the only project for the Gateway Foundation. “Our ultimate goal is to build the Gateway,” Alatorre told us. This space station would be three times the size of the prospective Von Braun and would, if built, be able to house residents permanently, on top of being a tourist destination.

If the Von Braun is a cruise ship, the Gateway is Las Vegas: shining with glitz and glamour in the hazy ring of our orbit. With its ambitious origins and the sustainable considerations of the builders, the Gateway and the Von Braun should have different connotations than Las Vegas. Perhaps they can be places of reflection, respite, and new beginnings. Only time will tell.

Why the Billionaire Race to Space Bothers Me

The Future of the Tesla Roadster