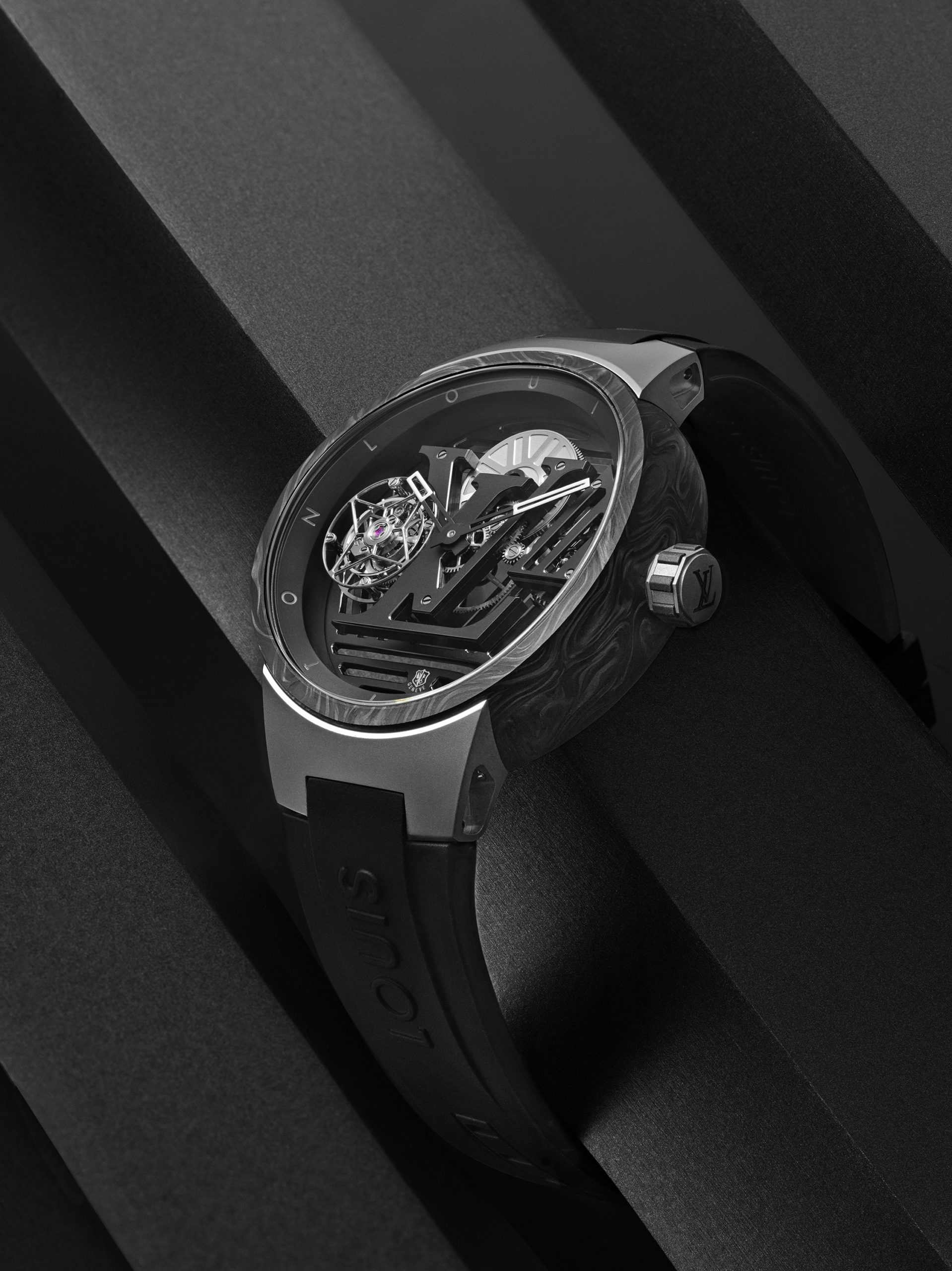 Louis Vuitton parent company LVMH has been in the news of late—not for one of its brands’ latest runway collections, but rather for its humanitarian acts, producing hydro-alcoholic gel, a.k.a hand sanitizer, and retooling its manufacturing to output surgical face masks in response to the shortage caused by COVID-19. But while the factories that normally produce cosmetics and perfumes are now making Louis Vuitton versions of Purell, the French conglomerate is known for its luxury aesthetic.

The Tambour Curve Flying Tourbillon Poinçon de Genève is the latest timepiece from Louis Vuitton, a futuristic high-tech iteration of the Tambour first released in 2002. This Tambour is designed and manufactured at Fabrique du Temps, a Geneva-based horology specialist founded by Michel Navas and Enrico Barbasini and later acquired by Louis Vuitton. 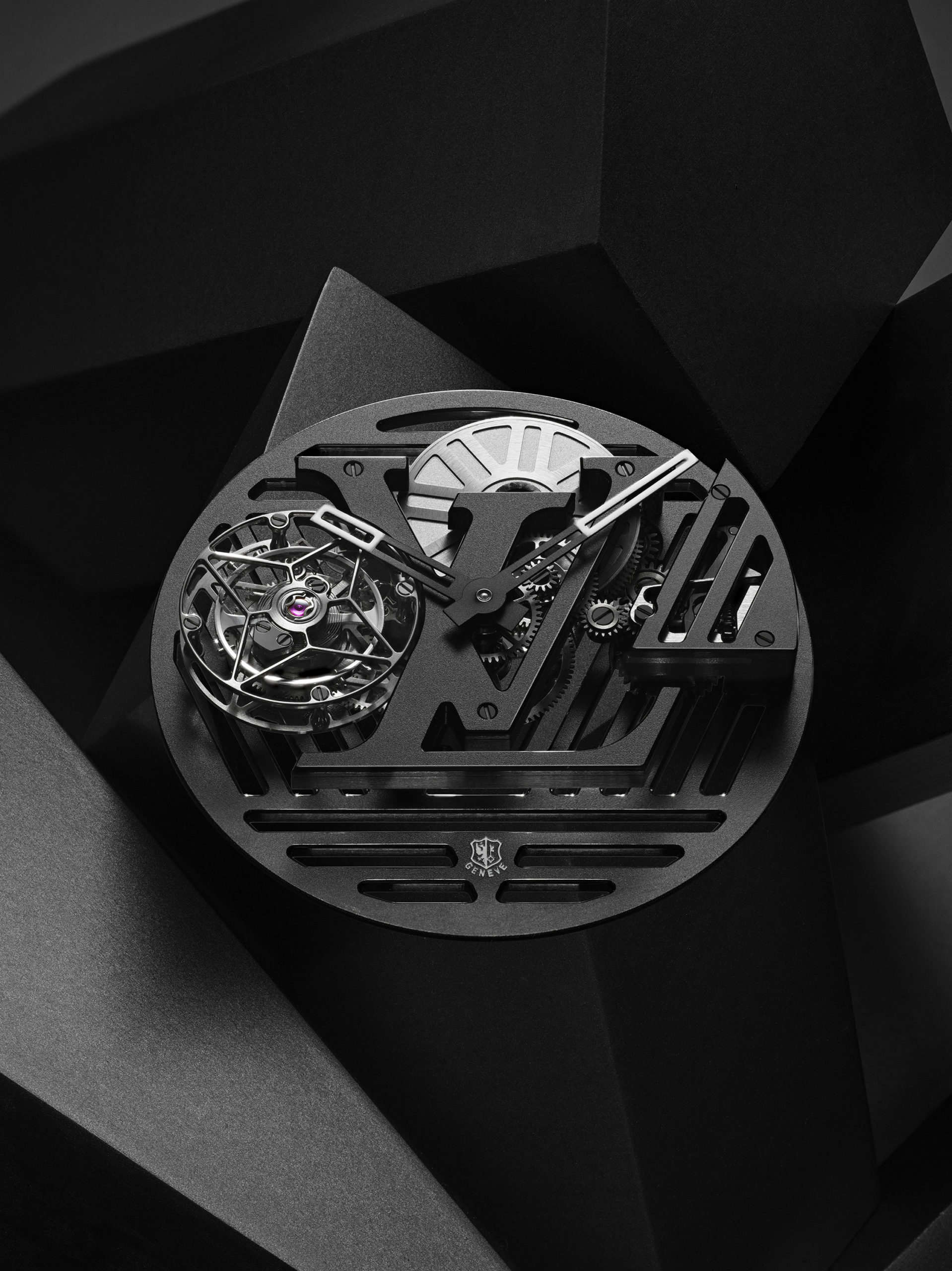 The 46mm Tambour case is a carbon-fibre composite produced by combining 100 assorted carbon sheets heated and compressed to form layered strata. The outer CarboStratum case is then placed over a titanium inner case and completed with sandblasted titanium lugs. The openwork dial is designed around a tourbillon at 9 o’clock and a statement LV logo. The watch is powered by an LV calibre 108 hand-wound movement, has a running time of 80 hours, and features the Poinçon de Genève seal at 6 o’clock.

Attention, Louis Vuitton superfans—this watch is for you.