Only a few things can beat the feeling of cruising around in a V12-powered Italian exotic, but Lamborghini sure knows how to enhance that experience. By taking its ultra-exclusive Sián supercar and ditching the roof, it managed to make a very special car, which will be limited to 19 made.

Perfect for all those enthusiasts who dared to suggest the Sián coupe wasn’t exciting enough (though we’re unsure who would ever suggest such a thing), the result is nothing short of stunning. A whopping 807 horsepower is on tap thanks to Lamborghini’s top-notch V12 engine and a unique hybrid system providing an electric boost. That means this low-slung roadster will hit highway speeds from a standstill in under three seconds, all the way to its top speed of 350 km/h.

The Sián Roadster’s electric motor helps out until 130 km/h before it disconnects, but it assists in making the Lamborghini feel more refined, filling in the gaps in power delivery between shifts, and even moving the vehicle in reverse and while parking. Unlike other hybrids, this vehicle’s electric components are enabled by a supercapacitor rather than a typical battery. In the Sián, this supercapacitor is ten times more powerful than a battery of the same weight, yet three times lighter. 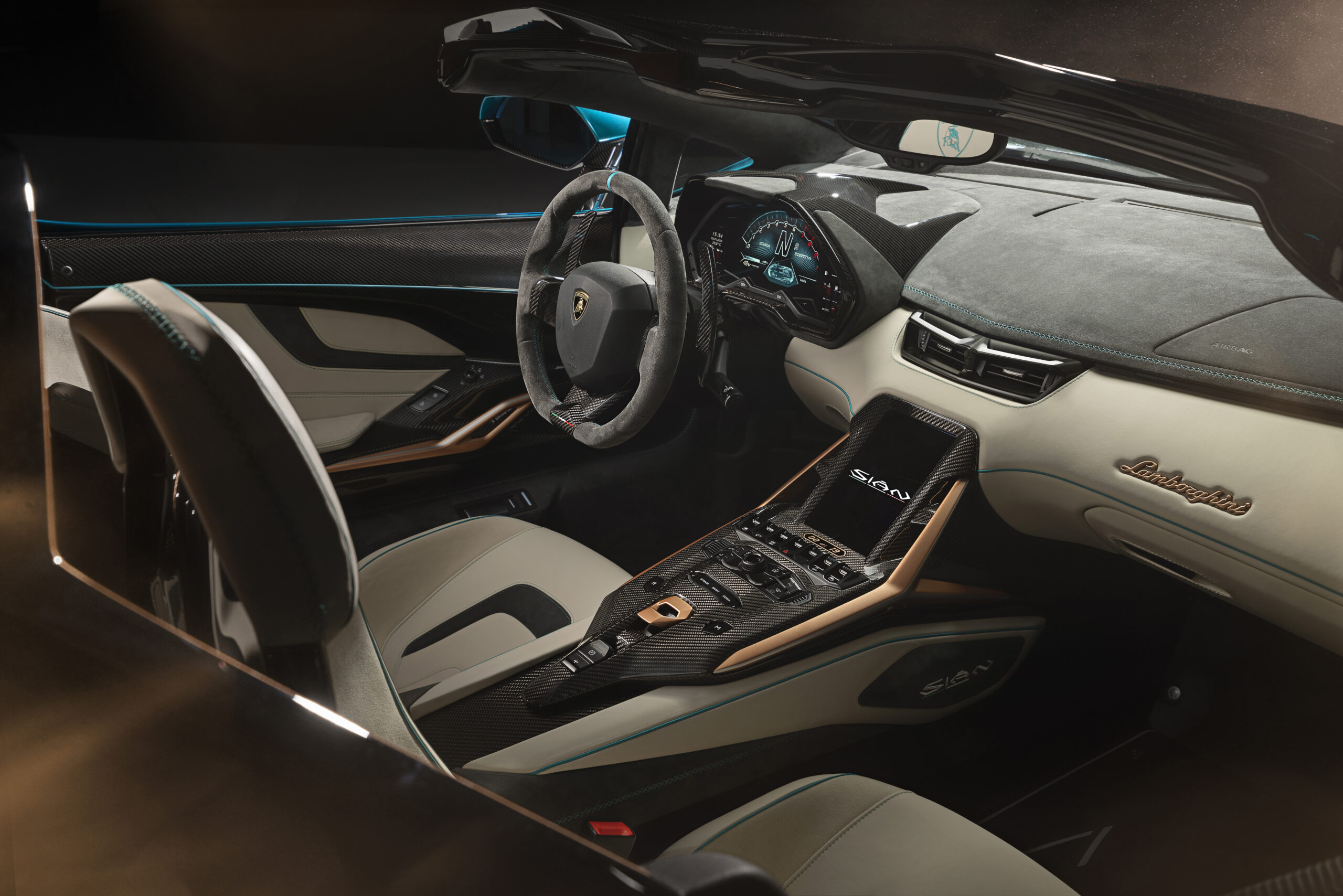 To bring about the open-air mindset, Lamborghini debuted the vehicle in Blu Uranus paint finish, while the Oro Electrum wheels evoke the electrified element of this exotic. The interior is done up in white with Blu Glauco details while the aluminum elements are finished in Oro Electrum like the wheels. The air vents are 3D printed and can even be customized with a customer’s initials.

The exterior design of the Sián Roadster is influenced by the iconic Countach, evident in the periscopio line that runs diagonally from the cockpit to the rear, highlighting the air streamers behind the driver and passenger. The tail lights are especially eye-catching, made up of six hexagons (another ode to the Countach). There’s also an active rear spoiler that extends when needed, further accentuating Lamborghini’s obsession with aerodynamics. While the airflow over most roadsters tends to suffer, the Sián directs the flow through the front splitter, bonnet, and side intakes toward the rear spoiler. There are also cooling vanes that are triggered by the temperature of the exhaust. 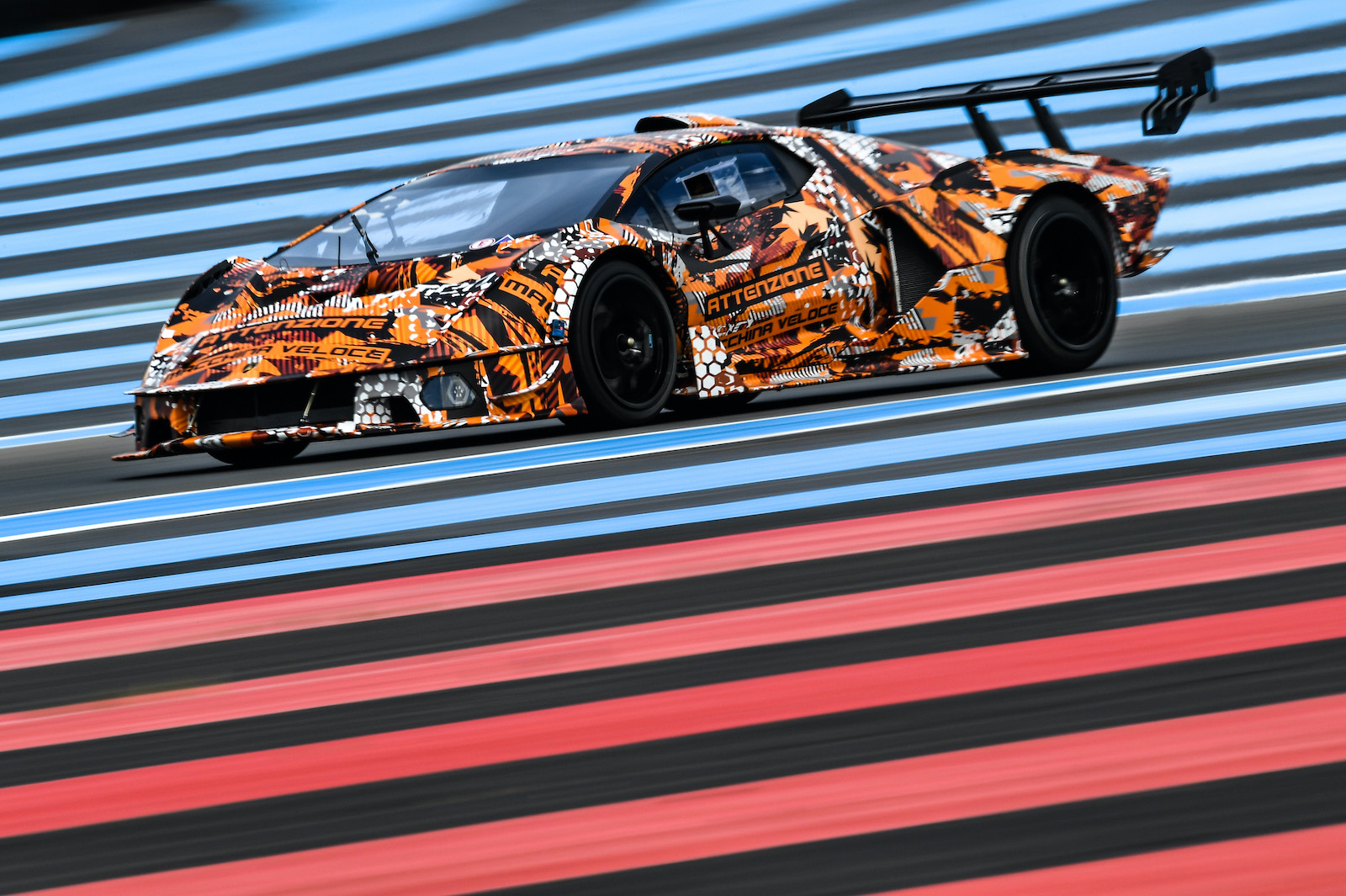 While all 19 examples of the Sián Roadster are spoken for, the technology and design point to Lamborghini’s future of incorporating electrification in an innovative and performance-enhancing way. The design and powertrain of the Sián show how active Lamborghini’s engineering labs have been, and it’s only a matter of time before this technology trickles to other models. With rumours flying around about an Aventador successor arriving sometime within the next few years, it’s not unreasonable to expect some of the Sián’s style and technology in Lamborghini’s next chapters.

Earlier this summer, the automaker also teased its limited track-only SCV12 hypercar, which will be produced alongside the brand’s Squadra Corse GT3 racecars. More news on that special car is expected later this summer.

Drive All-New Favourites on Demand With the Porsche Drive Program

Everything You Need to Know About the 2021 Cadillac Escalade