Itamar Erez is a calming presence, someone who makes conversation flow in a way that is honest and open—much like the music on his new album: Mi Alegria (My happiness). We sat down in a steamy Vancouver coffee shop to talk about his new album, his return to this city, the many collaborations and tours he has on the horizon, and the potential for music to soothe the wounds of geopolitical and sectarian strife in the Middle East.

Erez was born and raised in Israel, where he was introduced to music at a very young age. His father was an airline pilot who would bring classical, avant-garde, jazz, and rock albums to Erez. He started playing the piano at just six years old. He notes with a shy smile, “The rest of my family all quit [playing music] because within two months, I was so ahead.”

At 15, he picked up the guitar after seeing Pink Floyd perform “The Wall” live in London and being exposed to the Brazilian multi-instrumentalist Egberto Amin Gismonti. In the years since, he has become a renowned guitarist, performing at festivals all over the world.

Mi Alegria comes on the heels of his move to Vancouver four years ago. The album is an homage to belonging: “Moving here I had to start from scratch, so I had a lot of pieces that I wrote over the last four or five years that didn’t belong anywhere. I felt like I had to put this music in a record.” Family also plays a huge role in the album, and Erez’s son even created the album art. He enjoys making his children part of the music, and he remembers fondly the joy on his young son and daughter’s faces when dedicating songs to them. 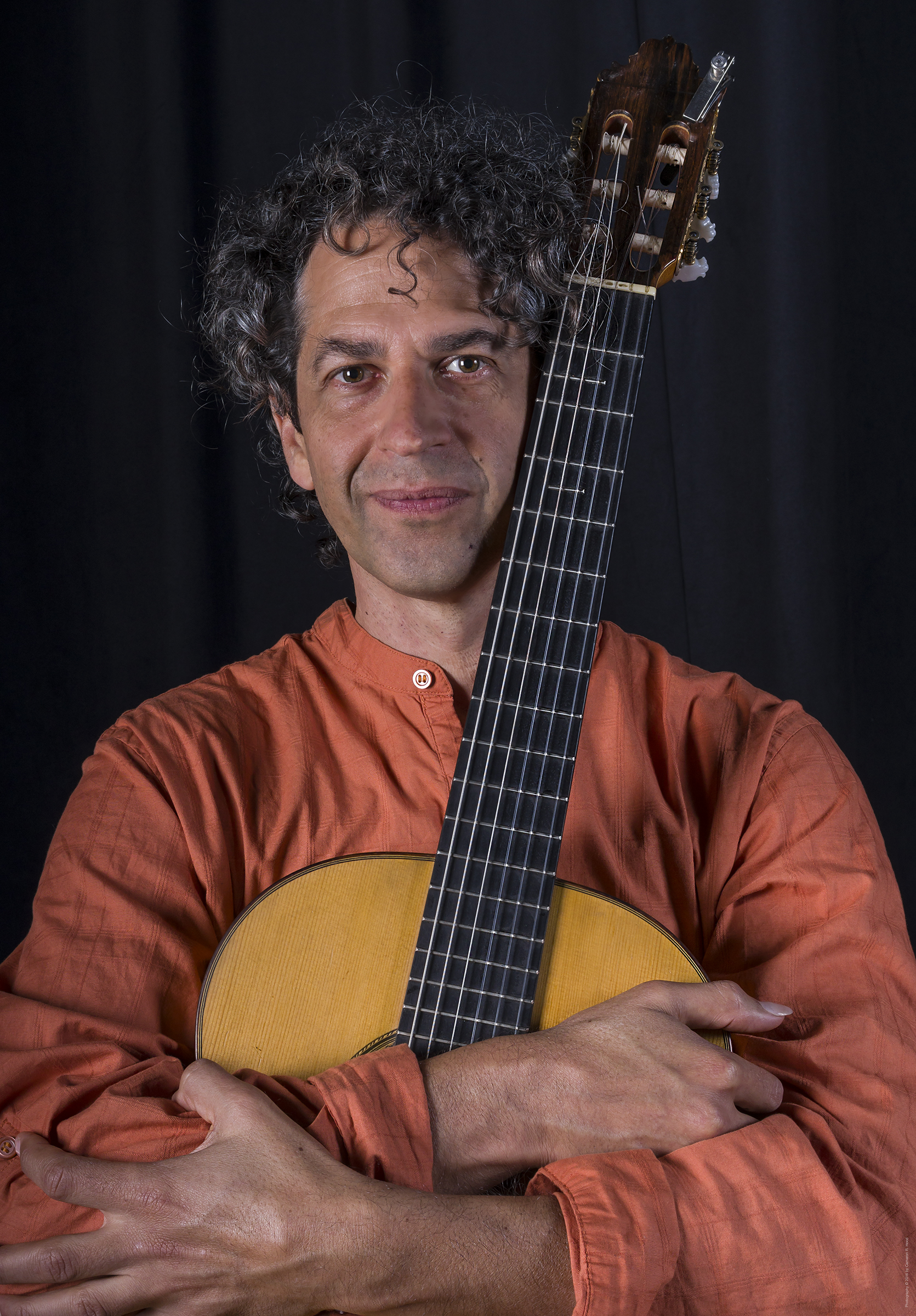 Itamar Erez with his classical guitar, an instrument he has been playing since age 15.

Besides being very connected to family and home, Mi Alegria also focuses on craft. It features many talented musicians and often feels adventurous and cinematic with its genre-bending twists and turns. “I compose in the continuum between world music and jazz,” he notes. “It’s something I like to play with, but the new album is very jazzy.” Erez is leaning back into his first instrument—the piano—on Mi Alegria, and he says that for many of his listeners, the piano-heavy jazz compositions may come as a bit of a surprise.

But he relishes breaking down categories. “It’s hard to place [my music] somewhere,” he says thoughtfully. “I fall somewhere in between.” He is pleased that the constraints of genre have somewhat fallen away; many jazz festivals feature a variety of performers from different disciplines.

Erez’s musical career has not only been a practice in testing the boundaries between genres, but also the boundaries that separate people. In Israel and Turkey, he has taken part in festivals dedicated to the ability of music to bring people of different backgrounds together. Particularly stirring is his collaboration on Mi Alegria with Hamin Honari, an Iranian-Canadian percussionist.

“We play a lot as a duet, and people find it really interesting because I am originally from Israel and he is from Iran. Our countries are at war practically, but the music is our common language”

“We are great friends,” Erez says, “and his involvement with this CD was really important. His sound as a percussionist is so important to my own playing. We play a lot as a duet, and people find it really interesting because I am originally from Israel and he is from Iran. Our countries are at war practically, but the music is our common language—there is absolutely no problem.”

When asked if music can work to heal sectarian and religious divisions that cut across people, places, and families, he says, “Absolutely.” The influence of Arabic music on Israeli musicians has always been important, and he is confident in the importance of music to make visible a dialogue between people that is otherwise covered over. “It’s not going to solve the conflict,” he sighs, “but it shows the world that there is also dialogue and creativity.”

Itamar Erez is hopeful about the future of composition, despite the challenges that digital streaming presents for long-form and complex compositions. His students constantly show him that the interest in creating organic music endures, and die-hard fans still show up in droves to see the masters play live. This week, he begins a tour in northern Europe with three other talented guitarists, including Lulo Reinhardt, the great-nephew of Django Reinhardt.

Readers can find his music here; or on any music streaming service. 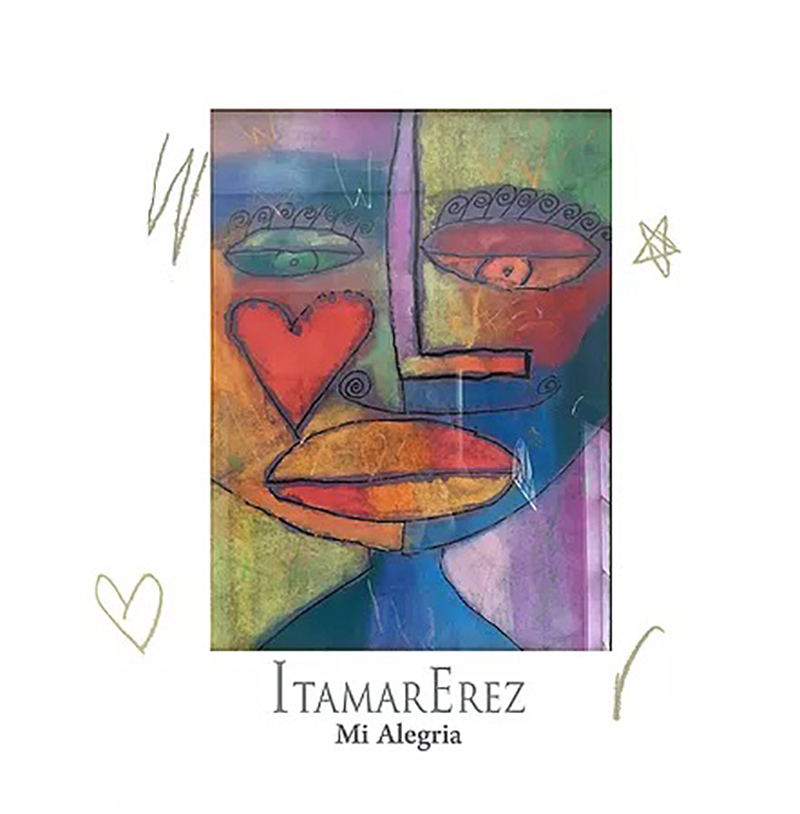