Tim Walker: Wonderful Things, the largest exhibition of his photography to date, is being shown at London’s Victoria and Albert Museum until March 22, 2020. It opened to critical acclaim last fall and has been such a hit with museum-goers that its original closing date was extended by two weeks. Weekend tickets still sell out in advance.

Instead of a straightforward retrospective of Walker’s work, Wonderful Things presents the result of an original collaboration between the renowned English photographer and V&A curator of photographs Susanna Brown and set designer Shona Heath, who has worked with Walker for two decades. The premise? Ten new photography projects inspired by V&A treasures hand-selected by Walker, showcased alongside many of the original artifacts in sumptuous rooms and spaces designed by Heath.

“Tim and I started talking about the possibility of an exhibition four years ago, but we’ve known each other a lot longer,” says exhibition curator Susanna Brown, noting that the V&A has been a source of inspiration for Walker since the start of his career. “We were excited by the possibility of creating an exhibition that combined treasures from the museum’s own collection with Tim’s photographs. It’s a very different approach to previous exhibitions of his work, and one of the most ambitious photography exhibitions we’ve ever staged at the V&A.”

Instead of fashion photographs inspired by runway clothes or a trend, the new images in Wonderful Things—some of which have also been published in magazines including W, i-D and Vogue Italia—are directly inspired by artworks and design objects ranging from an Aubrey Beardsley print to a 16tth-century stained-glass panel to a lacquer snuff box. Viewed through Walker’s singular lens, these assorted treasures became creative starting points for the new photography projects on display, shot in 2018 and 2019 specially for the exhibition (the opening gallery also features over 100 images from Walker’s archive, including some of his most iconic portraits and fashion photographs, his early camera, and several scrapbooks).

“In 2015, Tim embarked on a sustained exploration of the museum, and many V&A colleagues helped to spark his imagination by unlocking our collection stores and sharing the fascinating stories behind the objects with him,” says Brown. “It has been incredible to gain insight into his creative process, and I’ve enjoyed watching him encounter our objects for the first time, and to see the myriad ways in which he interpreted the aesthetic elements as well as the stories contained within historic objects.” 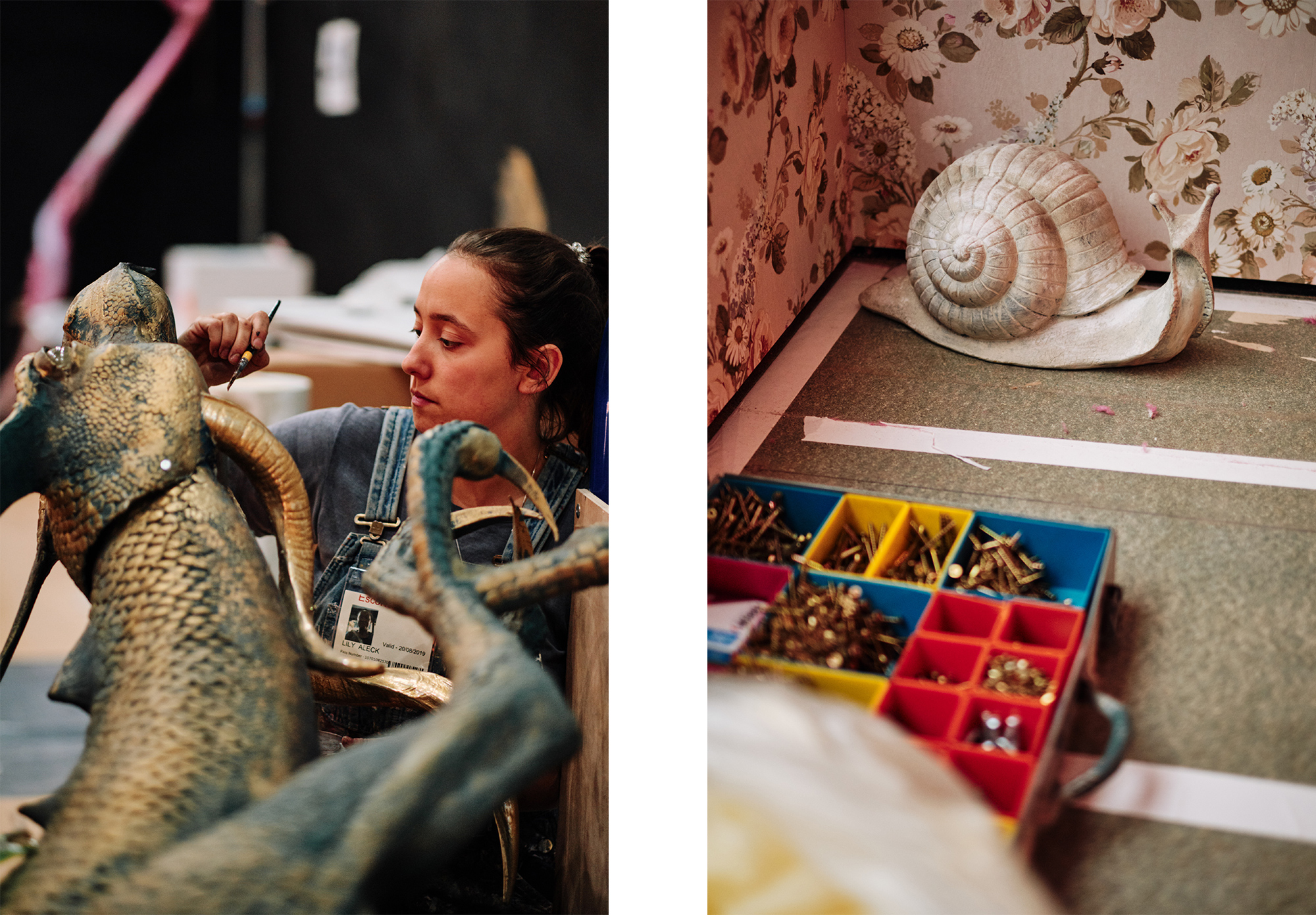 Beyond beautiful pictures, Wonderful Things offers a glimpse behind the creative curtain. The sets, props, and scrapbooks on display alongside the new photographs and never-before-seen short films demonstrate Walker’s genius for storytelling.

“Tim’s way of working is so varied and his cast of collaborators so diverse that witnessing one of his shoots is like watching a play unfold. The actors are in costume on stage, but the director [Tim], set designers, lighting technicians, wardrobe, and hair and makeup teams are visible too,” says Brown. “Every one of Tim’s shoots is a journey, and there is a huge amount of preparation that goes into each one. Yet he always remains open to chance, alert to the possibility of a happy accident that could take his pictures along an unexpected path.” 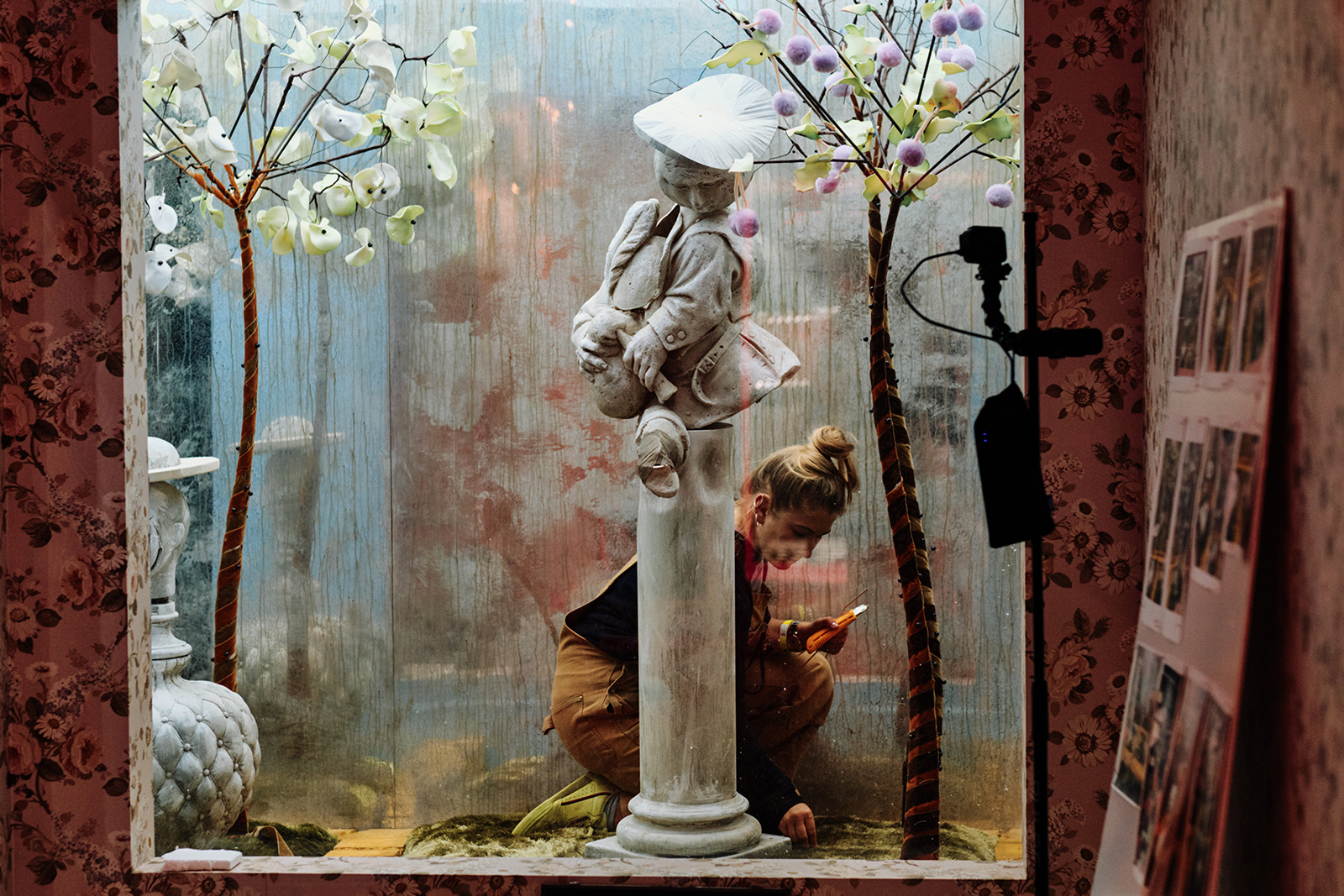 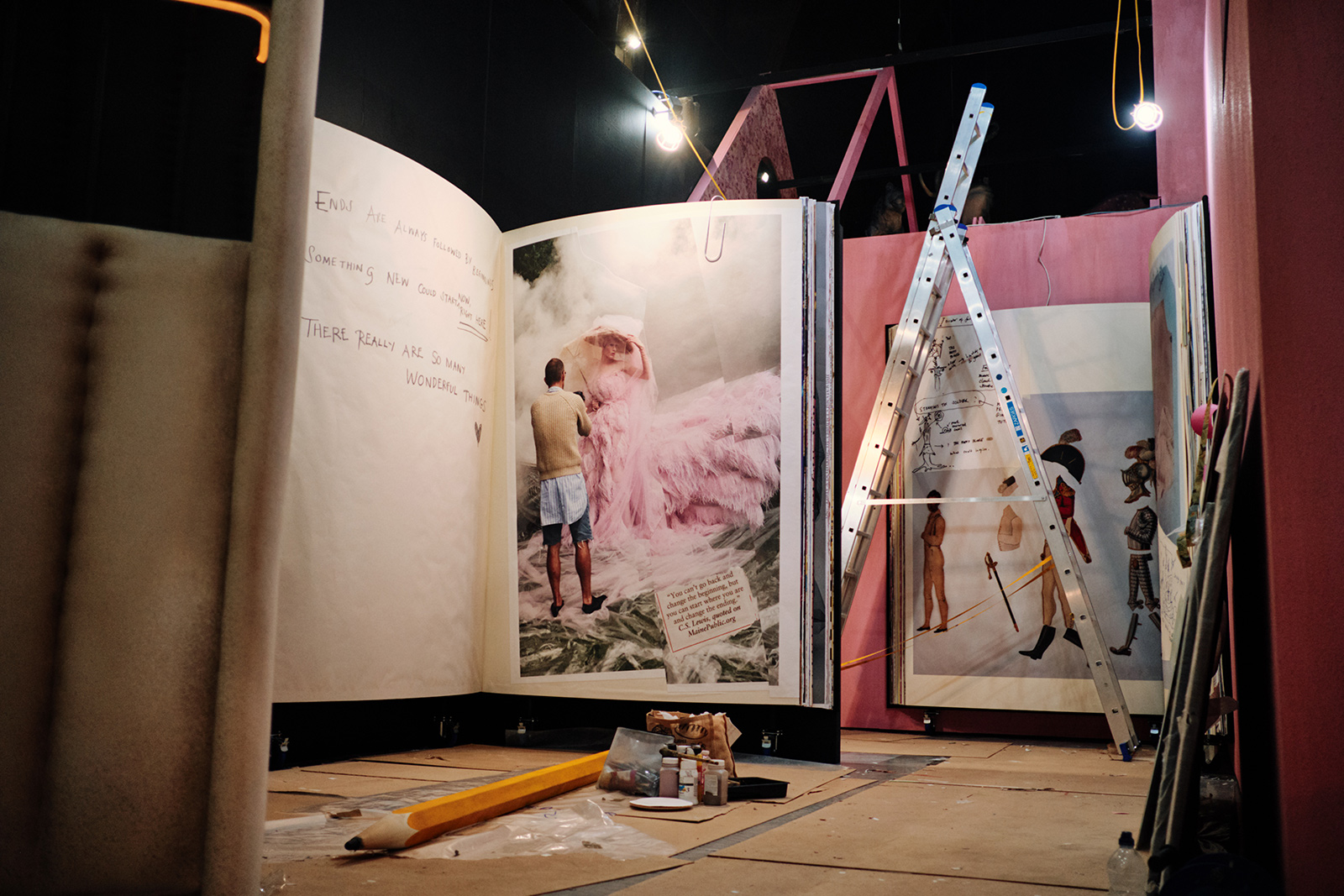