Cycle City Tours, Vancouver’s first specialty bike tour company, counts around 400 sleek bicycles in their roster of rentals. A number of these are e-bikes, which give peddlers an electronic “boost” along the way, but you’d barely know it by looking at the frame. “We like to focus on stylish bikes,” admits owner Josh Bloomfield, as I point out the super-subtle battery pack of the Shimano Steps e-bike I’m about to hop on. “E-bikes have come a long way. They’re huge in Europe even though they’re just gaining in popularity here.” Bloomfield leads a close-knit team that knows its stuff, and encourages guests to test out the e-bikes because the workout value isn’t really the point of these scenic city rides—especially when it comes to the Craft Beer Tour. 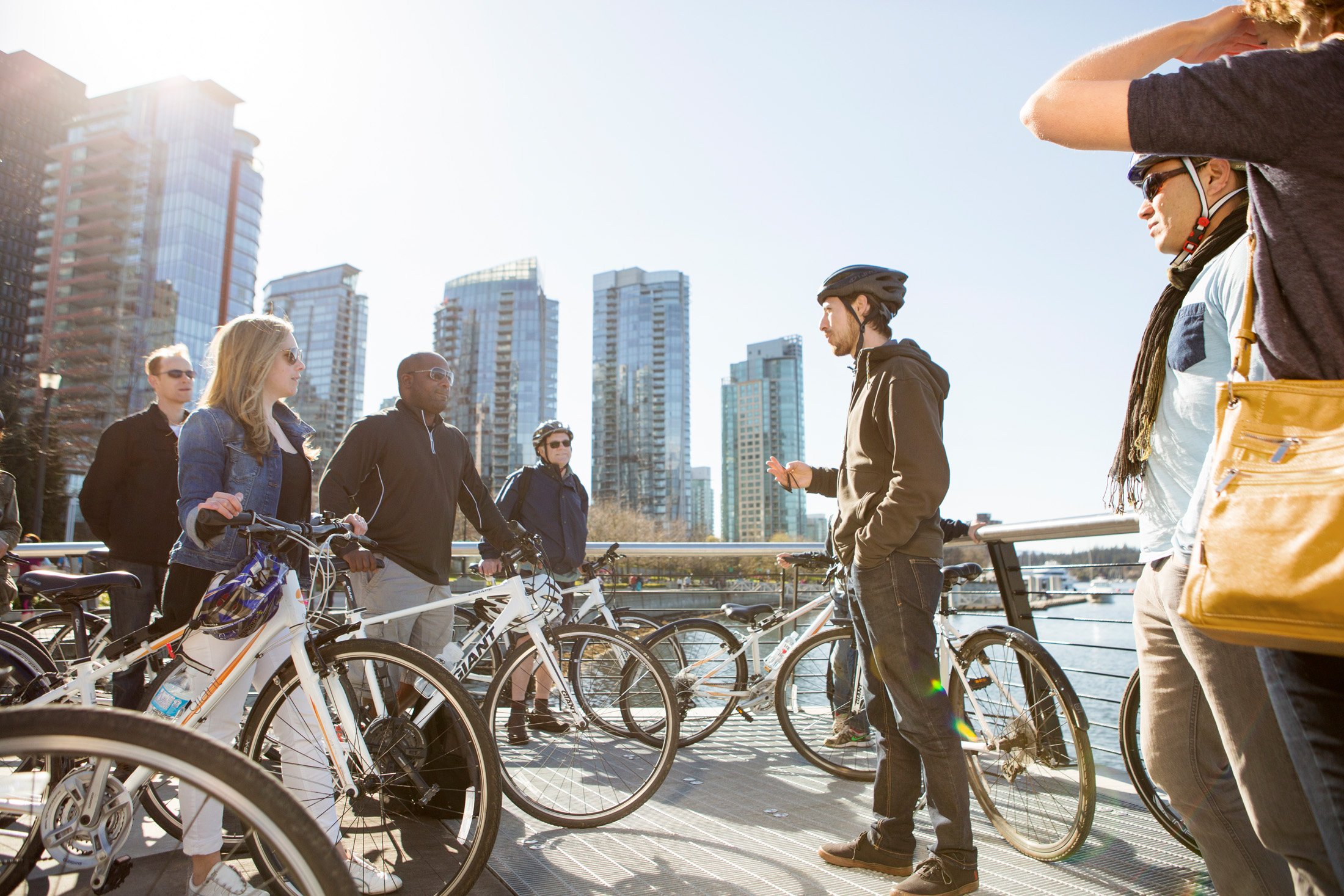 Founded in 2010, the company is headquartered in downtown Vancouver and has a team of 20 guides.

With more than 400 kilometres of bike lanes and countless seaside routes, Vancouver is often considered one of Canada’s best cycling cities; Cycle City Tours has been tapping into that reputation since the company was founded in 2010. Headquartered downtown on Hornby Street, its 20-strong team of guides set out each day with the intention of leading Instagram-worthy bike expeditions on unique routes that weave through the prettiest city streets, stopping for snippets of local lore along the way. Operations manager Nick Anderson is the brains behind the Craft Brew Tour, where he shares innate knowledge of the brewing process during a four-hour, beer flight–filled cycling adventure. “We specifically run this tour in the morning to differentiate that we aren’t a pub crawl,” Anderson adds. “It’s a tasting tour, it’s not excessive, and we’re learning along the way.”

Vancouver is often considered one of Canada’s best cycling cities; Cycle City Tours has been tapping into that reputation since the company was founded in 2010.

Pint-worthy ports of call include Postmark Brewing in Railtown’s Settlement Building, where strategically-planned snacks from Belgard Kitchen line cyclists’ stomachs (think heirloom tomato pizza with vegan herbed cashew mozzarella and fresh salad). Next up is Bomber Brewing, where it’s well advised to try (then buy a six-pack) of their effervescent Park Life Passion Fruit Ale, a radler-like session beer. Along the way, Anderson offers to transport cans or growlers in a bike trailer for guests, cycling it to the last stop: Main Street Brewing. A beer flight pairs well with a history lesson here, as Anderson explains how the building was first constructed in 1913 when it was part of the city’s original brewing district, Brewery Creek. “Back in the day, you used to be able to fish for salmon in the creek virtually out the front door,” he explains as we all order extra pints at this, our final resting stop. 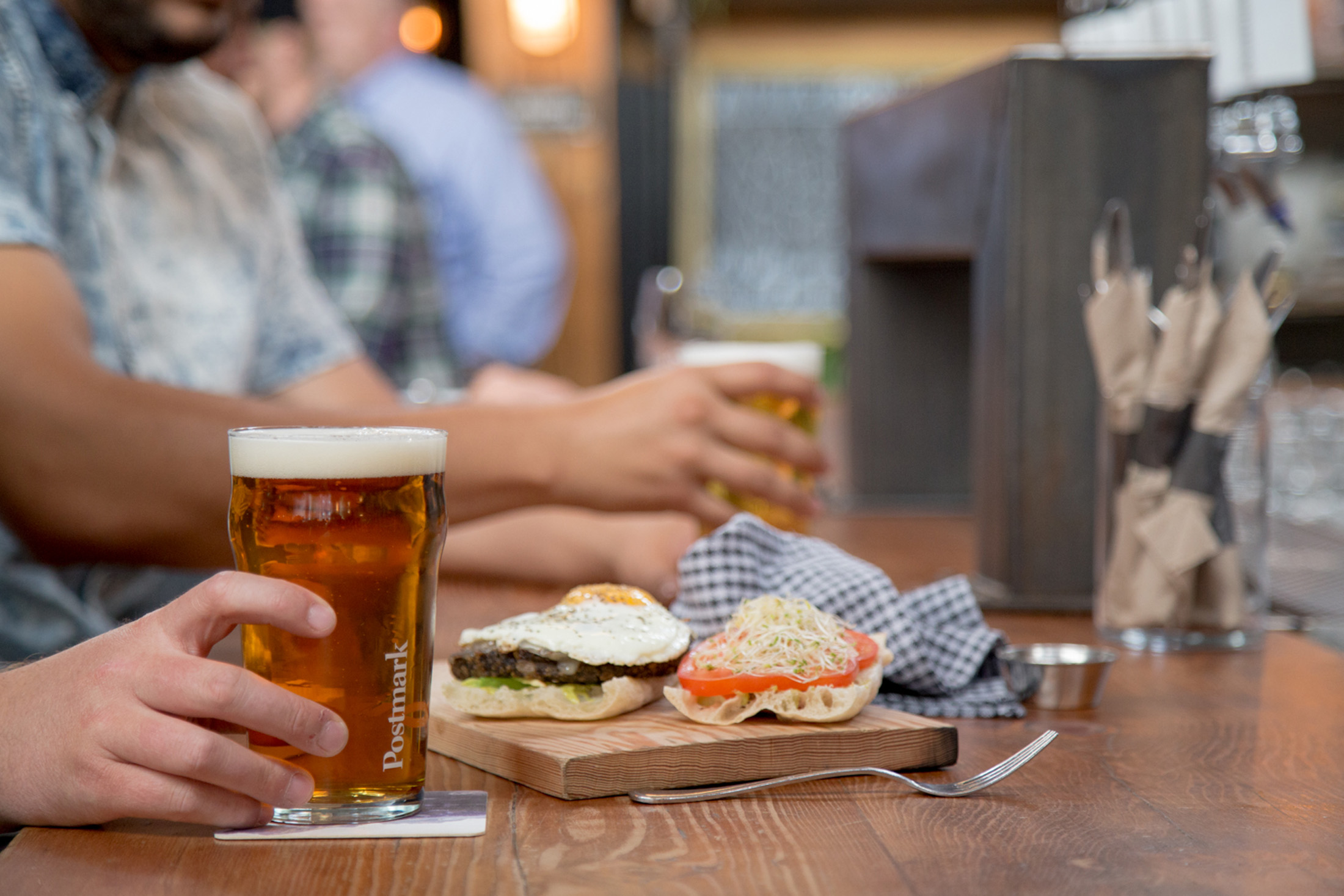 The Craft Brew Tour is a four-hour cycling adventure.

The Craft Brew Tour is heavily focused on East Vancouver due to its high concentration of breweries—20 and counting, earning it the affectionate moniker of “Yeast Van”—with an easy-yet-scenic ride that passes waterfront Crab Park, winds up through historic Strathcona, and culminates with a jaunt past the new Emily Carr University campus along a freshly tarmacked bike path. Pro tip: as scenes of city life flick colourfully by, it helps to kick that e-bike into high gear—especially after a couple of brews.