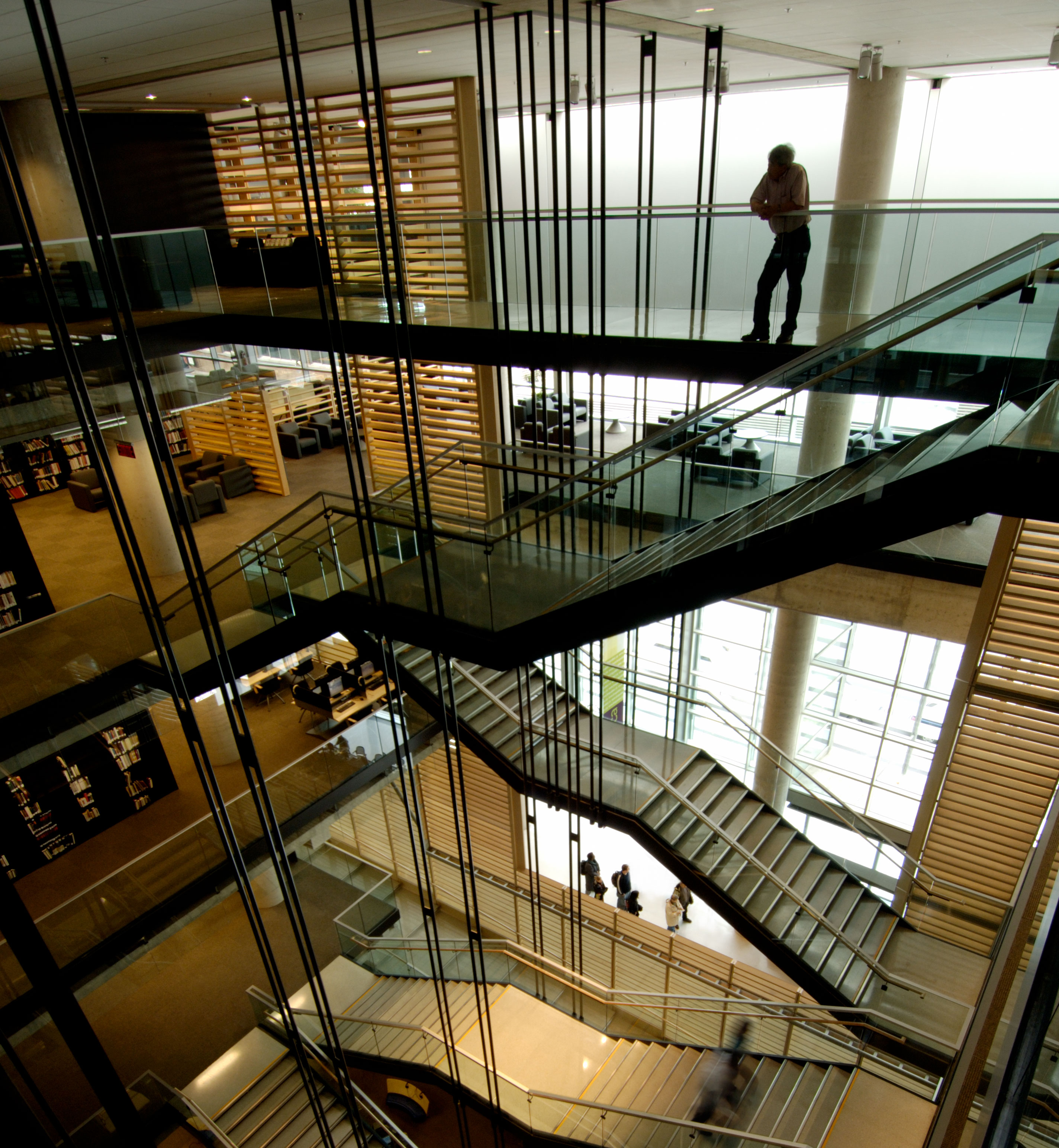 The thoughtful staircase of ARTlab, photograph by Patkau Architects.

Canada tends to punch above its weight in the music scene, and live music makes up an important part of this reputation. In a live show, the physical space can elevate the performance, making a concert truly come to life for the audience and creating an inspiring backdrop for musicians.

Discover these six concert halls across Canada that are as unique as the artists who perform in them. 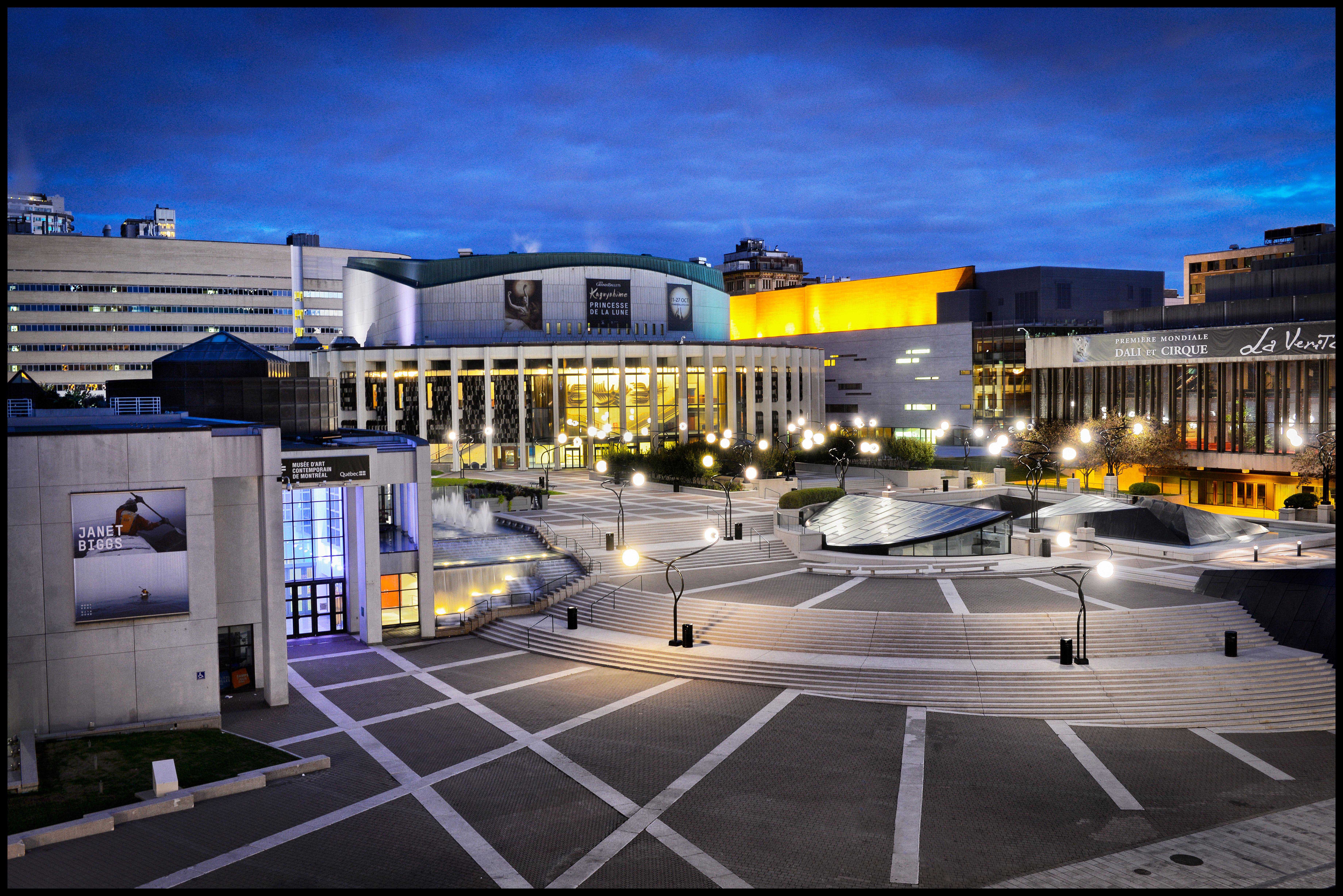 The square at Place des Arts; photograph by Caroline Berg.

Montreal’s sprawling Place des Arts complex, near the city’s downtown, was long neglected and in serious need of repairs. A series of renovations have completely revitalized the area, making it a top destination for music and the performing arts. The Esplanade, an elevated public space in the centre of the development, ties together multiple venues, including the famous Salle Wilfrid-Pelletier, along with other smaller concert halls.

In the summer months, when Montreal’s active festival season is in full swing, Place-des-Arts is at the centre of the action. Several streets in the surrounding area are closed to traffic, making it a perfect spot for live outdoor music. 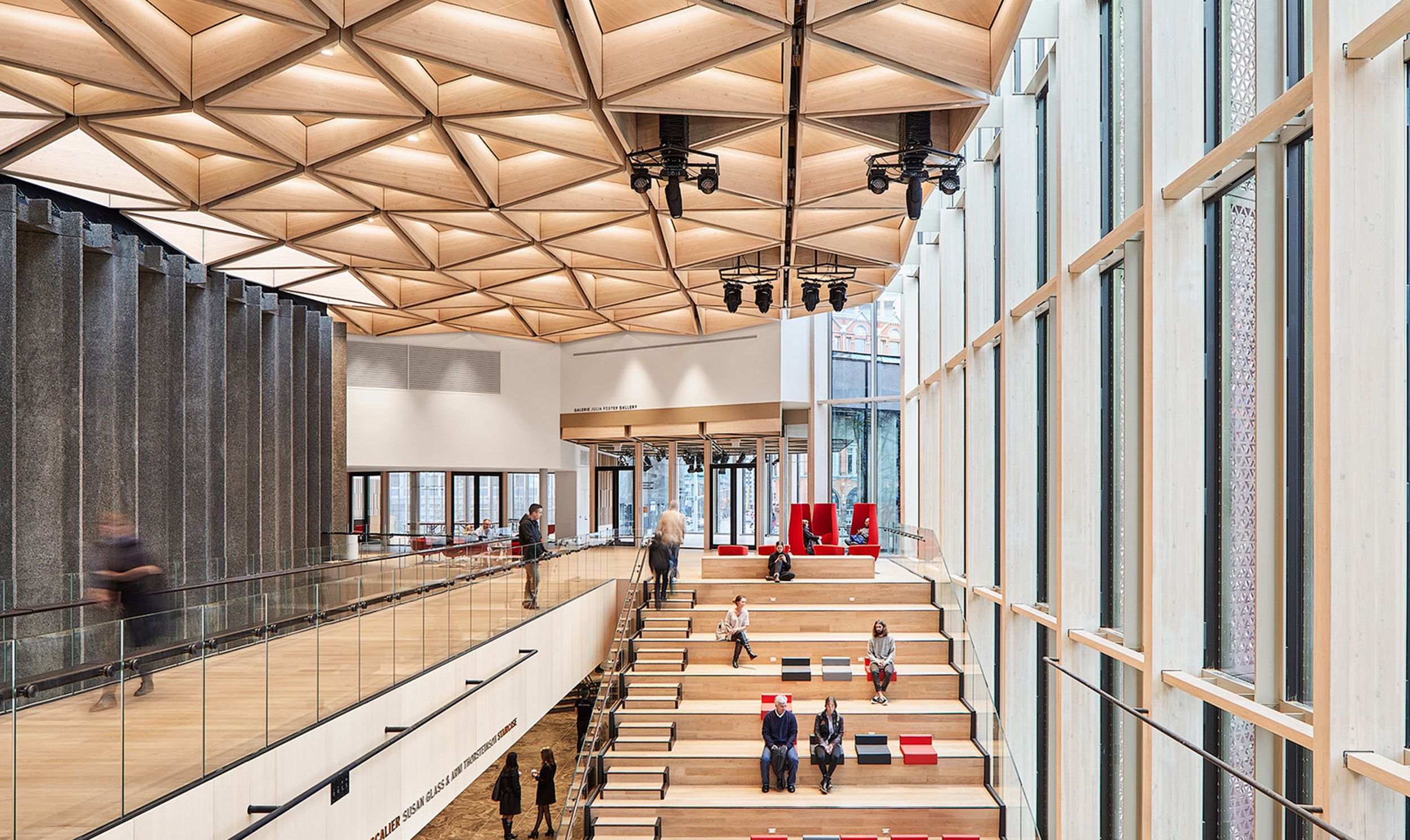 Ottawa’s National Arts Centre opened to the public in 1969. But the concrete building, designed in the brutalist style by Polish-born Canadian architect Fred Lebensold, didn’t offer guests a welcoming experience.

Toronto’s Diamond Schmitt Architects completed an expansion of the venue in 2018, adding new light-filled public spaces that pay homage to the retro structure and take cues from the hexagons used in the original building. The new wood-and-glass atrium has become the main entrance; the entrance was previously at the back of the building. A wooden ceiling grid made up of triangles soars above ticketing areas, informal seating, and a lobby that lives up to the institution’s reputation. 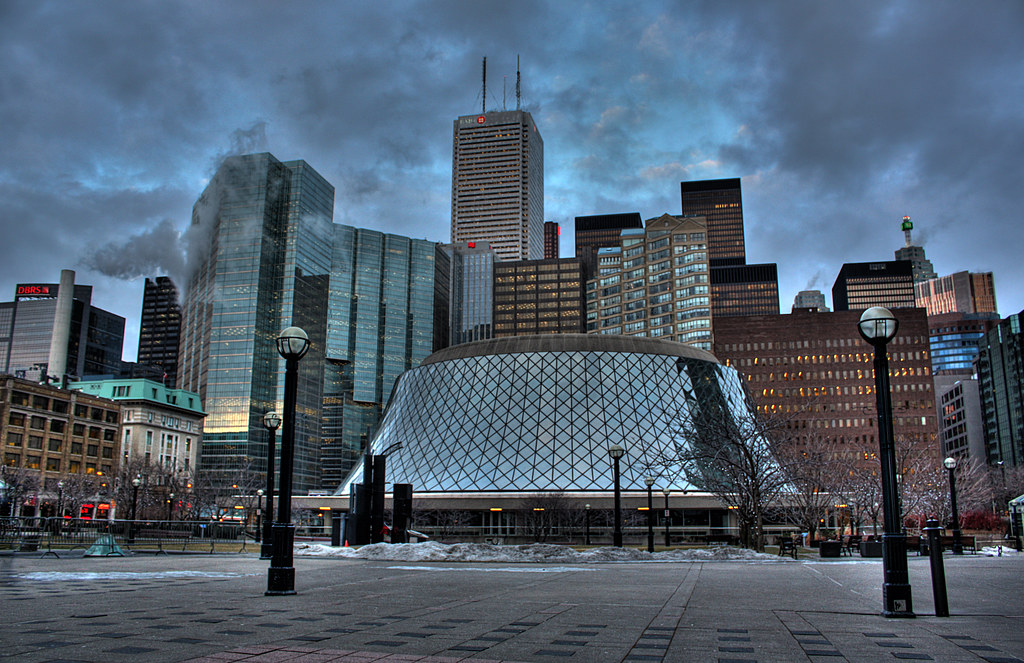 The glass-covered volume of Toronto’s Roy Thomson Hall stands out on the corner of Simcoe and King Street West, in the downtown area. In addition to its striking curvilinear façade wrapped in a diagonal metal lattice, the auditorium is known for its world-class acoustics.

The structure was designed by Arthur Erickson, a modernist architect who created the Eglinton West and Yorkdale subway stations in Toronto and contributed several buildings to the University of British Columbia campus.

The hall’s design was partly inspired by Erickson’s extensive travels in Japan. The eastern edge of the site features a sunken pond that was originally meant to be used as a skating rink in winter. 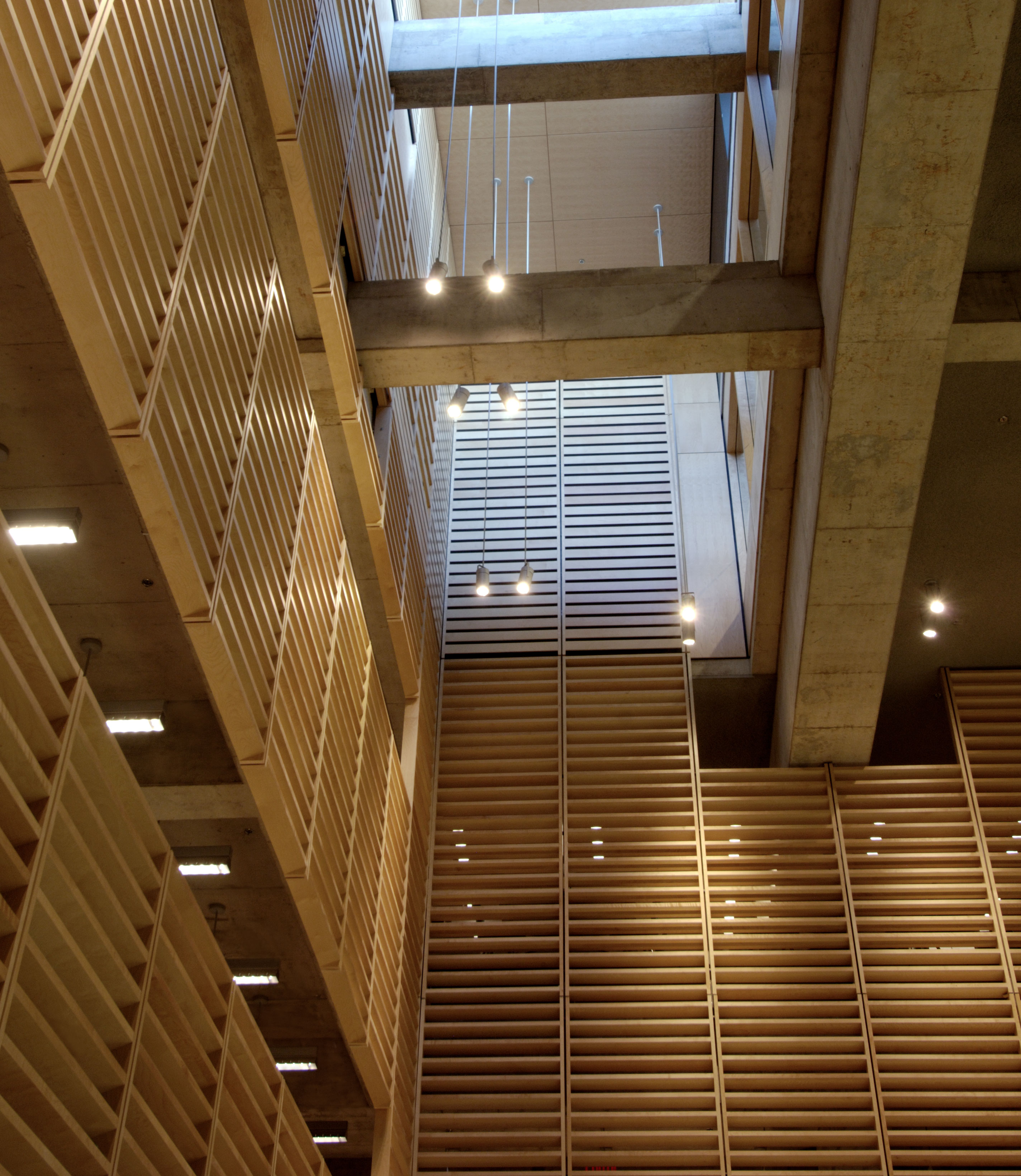 ARTLab at the University of Manitoba

The University of Manitoba’s new ARTLab building sits on pairs of concrete tripods, clearing out a plaza underneath for students to congregate. The 6,300-square-metre building contains performance spaces—but also galleries, artist studios, and student lounges.

The building interlocks with Taché Hall, an existing part of the University of Manitoba campus. ARTLab stands out with its angular geometry, all-glass façade, and metallic accents. It was completed in 2012 by Patkau, a Vancouver firm that specializes in cultural buildings. 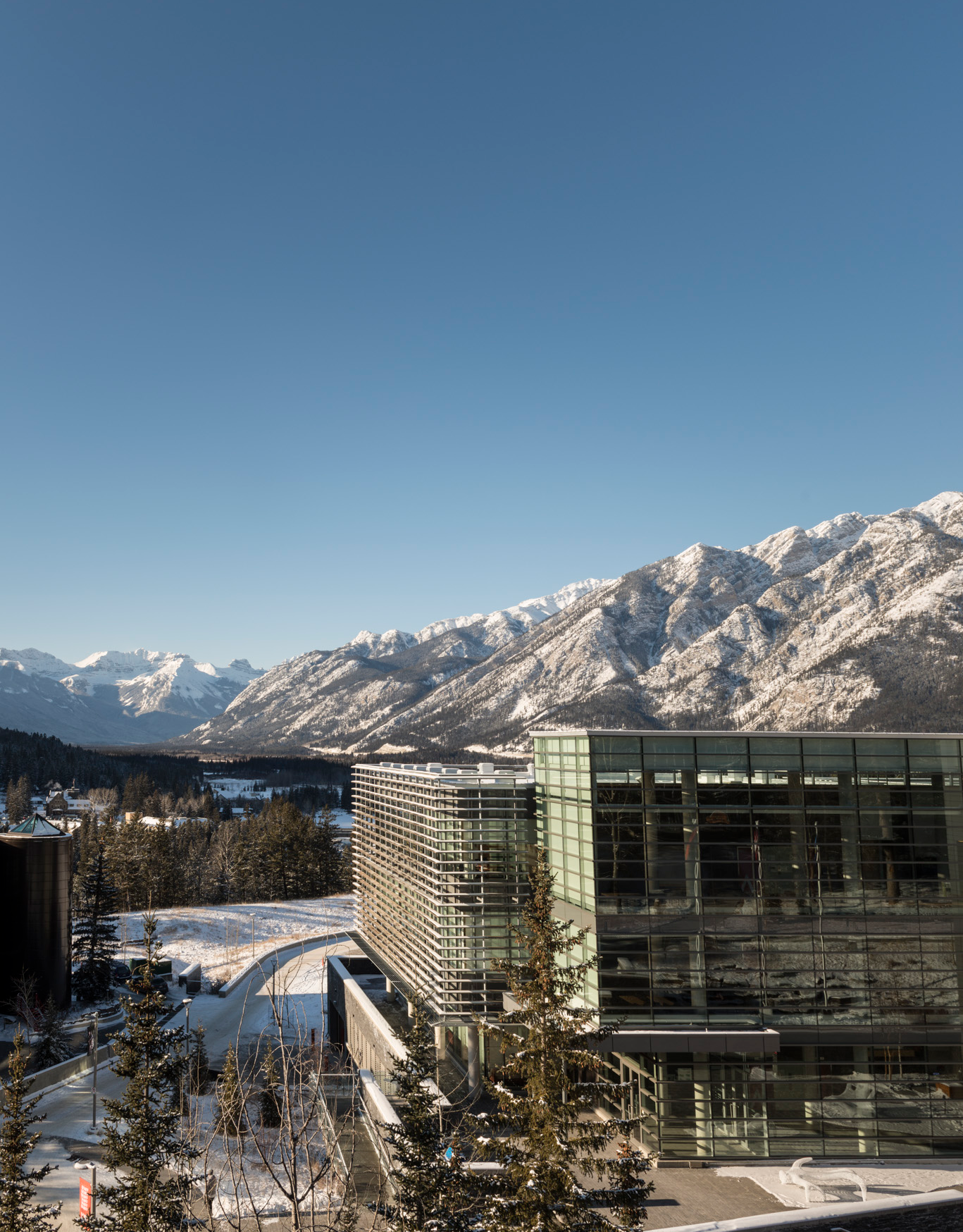 The Kinnear building and the Bow River Valley; photograph by Katy Whitt.

Banff Centre for Arts and Creativity

Although it’s mostly known for its world-class skiing, Banff is also home to a robust creative community nestled in Alberta’s Rocky Mountains.

The Banff Centre for Arts and Creativity has an extensive arts campus just outside of town, overlooking the Bow River. It offers artist residencies, academic courses, and cultural programming for the community on a large wooded campus.

The main building’s low-profile, gabled roof fits right into its alpine setting, looking more like a cozy après-ski lodge than a formal arts institution. Like many buildings in Banff, it features massive timber beams. 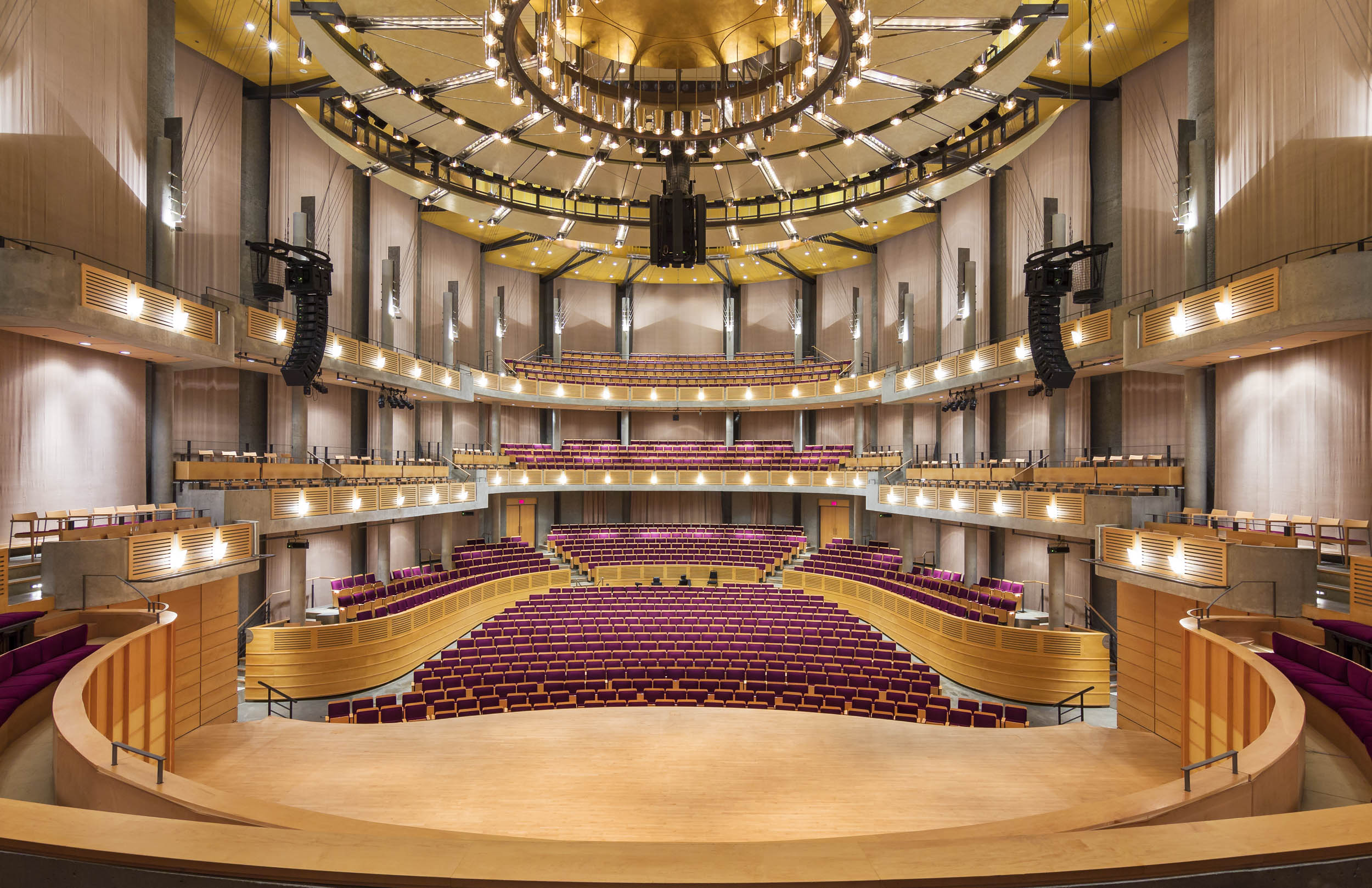 The Chan Centre for the Performing Arts

Since the late ’90s, the Chan Centre for the Performing Arts has been a world-renowned musical destination. Designed by Bing Thom Architects, ARTEC Consultants of New York, and Theatre Projects Consultants, this building’s beauty and design speaks for itself. Partly covered in vines on the western side of UBC’s campus, the cylindrical building has two concert halls and a cinema.

In the main hall—Chan Shun Concert Hall—a massive chandelier-like structure serves as an acoustic canopy to bounce the sound directly at the audience. The paradigm of elegance and acoustics.

6 Concert Halls in Canada at the Forefront of Design