Crusty on the outside, light and fluffy on the inside, Winnipeg-style rye bread is lighter in colour and flavour than other rye breads. Although it contains rye flour and rye flakes, the bread is made primarily with white flour—and there are no caraway seeds. Dueck says, “Our American friends just can’t believe the crunch followed by the soft moist taste of the insides.”

Many Manitoba bakeries make Winnipeg-style rye bread. The two names most closely associated with this bread are KUB Bakery and City Bread. “It has a nutty-like flavour without being sour,” says Jeff Einfeld of KUB. And over at City Bread, sales manager Derek Kostynuik loves to eat it toasted. “Winnipeg rye bread is unique in that it’s more approachable than a traditional rye bread,” he explains. “It’s not as heavy as German-style rye.”

These two Winnipeg institutions have been making and selling rye bread for decades. KUB Bakery’s roots go back to 1923, when Kucher Ukrainian Bakery made bread from recipes brought from the Ukraine. City Bread, a Parve Kosher baking facility, existed under other names before it became City Bread in 1948. Both bakeries hearth-bake their rye bread. City Bread’s hallmark piece of equipment is an old German Winkler oven, that Kostynuik says has been “hot-rodded and modified over the years to increase efficiency.” At KUB bakery, six loaves are placed on a paddle and put into the oven much like a pizza. 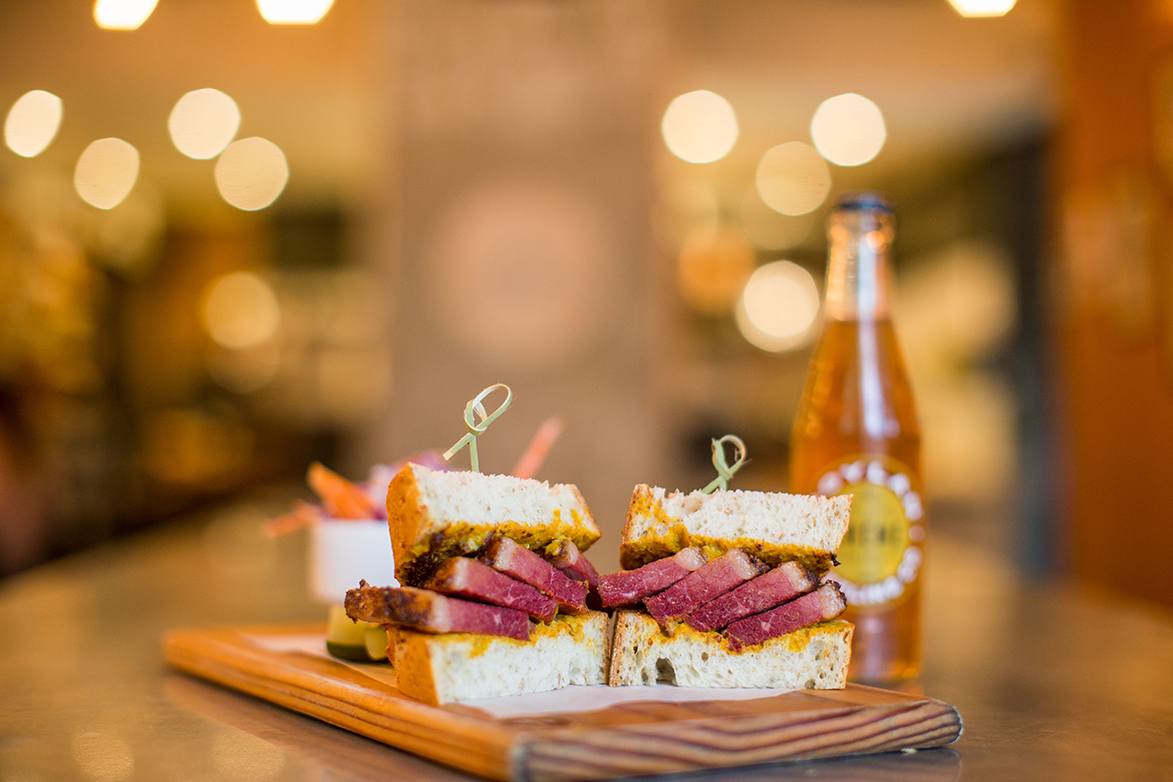 City Bread and KUB Bakery use a starter called a “sponge”. The mixture of flour, water, and yeast ferments before being added to the dough. Home baker Dueck doesn’t use a starter, but says the yeast was his biggest challenge: he had to learn the correct timing for placing the dough in the oven so the beautifully risen bread didn’t fall flat during baking. His bread now goes into the oven before rising is complete, and the heat continues the process.

Dueck uses hard red Canadian wheat which has a high gluten/protein content. He bakes rye bread twice a week during the winter and uses the flour for other baking as well. By March, he may have used all but one of the 11 four-kilogram vacuum packed bags of Canadian flour he took with him to Texas in October.

Winnipeg-style rye bread is a staple in Manitoba restaurants and households, playing the role white bread plays elsewhere. City Bread supplies stores across the prairies and into British Columbia. KUB Bread sells to a few stores just over the border in the United States. But it is in Manitoba where Canadian rye bread dominates grocery store shelves. Both bakeries have fulfilled requests, often from former Manitobans, to ship their rye bread further afield. Few people go as far as learning to make their own bread when away from home, but one thing is clear: Manitobans love their rye bread. 4 Manitoba Microvacations to Dream About