Ghost Opera is like listening to a haunting bedtime story. At times eerie with moments of absurdity and consistently unearthly, the dead take centre stage to perform a fantastical drama of family, human weakness, and ultimately the hope for peace after death.

The opera will open for a one-night-only world premier performance at the Banff Centre later this month before moving to the Grand in Calgary for the rest of its run. A multi-talented team of Canadians gathered together in Calgary to develop a performance combining music and imagery in an ode to object theatre with a very special twist. 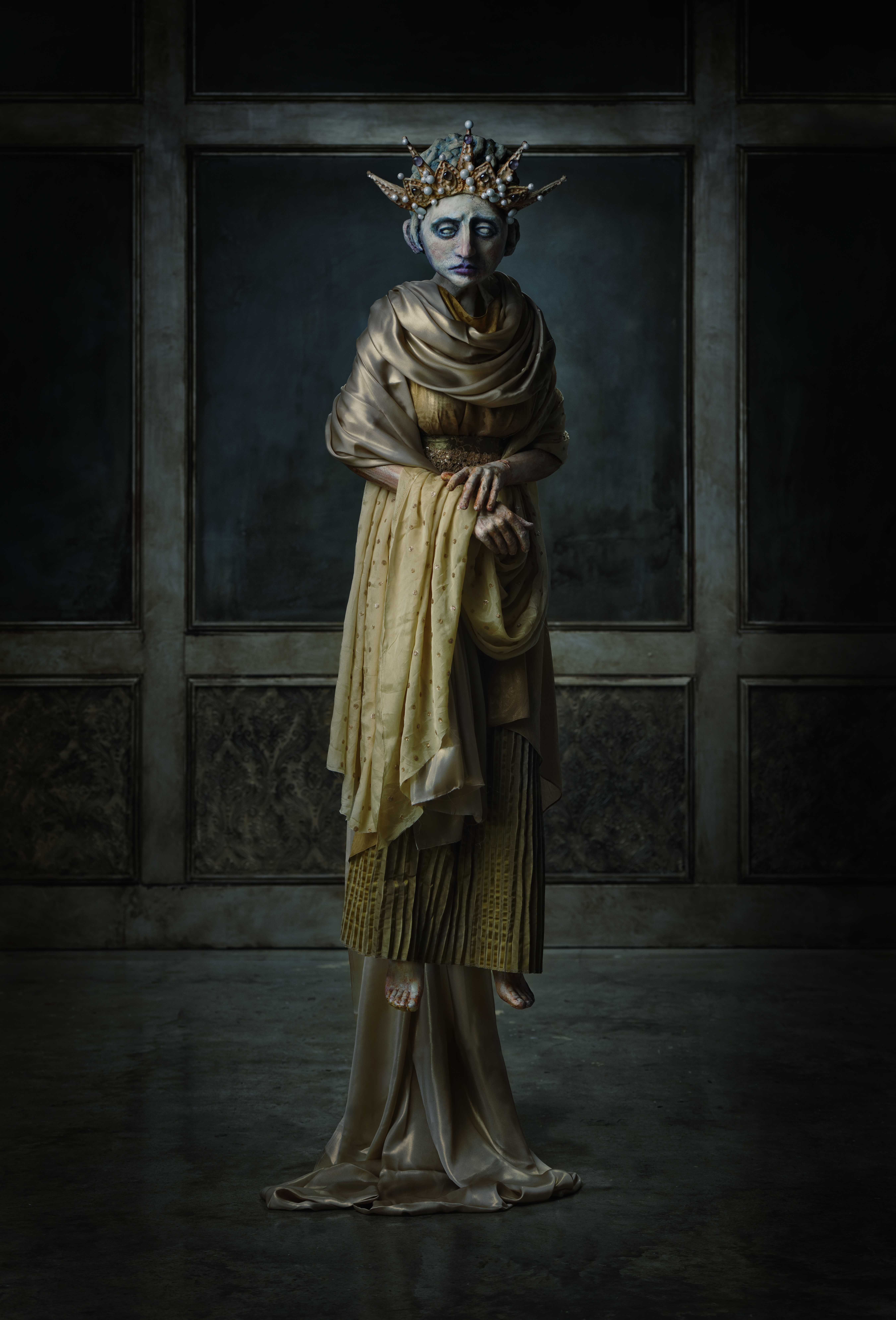 Philippa, the ghostly heroine of the story. Photo by Jason Stang.

The libretto, written by Giller Prize–winning author Andre Alexis and scored by composer Veronika Krausas, is rooted in two seemingly unrelated texts: the story is a reimagining of an Ancient Greek letter relating remarkable “circumstances of great horror”—it is said to be one of the earliest ghost stories on record. The playful tone of the libretto, however, was influenced by a Japanese cult-classic horror film. Two opposing muses perhaps, but both centre on the now-beloved trope of a haunted house.

Essentially, “the house is haunted but the house itself is weird,” writer Alexis explains, “which for me, as someone who’s obsessed with home and with place, was a very important thing.” The story grew from these influences and changed to incorporate more characters and tension. For instance, in the original letter the phantom haunting the house is male, but Alexis and Krausas have created a sympathetic and complex female ghost in Philippa.  “I have been an aficionado of Greek stories for a while,” says Alexis. “They stuck with me … I am very aware of the European and Japanese origins of this piece.”

The story may be rooted in a specific origin but both Alexis and Krausas acknowledge the universality of a satisfying ghost story. “I think that’s the beauty of a good story,” says composer Krausas, “it transcends different ages or limitations. Things that are good stories and myths are so translatable because of the applicability to any time period.” Krausas describes the supernatural tale as dark, humorous, and a bit quirky. “There is this sense for me that Ghost Opera is a drama giocoso,” she says.

The drama giocoso tradition dates back to the mid-18th century with playwrights like Carlo Goldoni and Mozart’s Don Giovanni. The term describes performances with sinister themes that strongarm the audience into laughing with their brilliant wit. Ghost Opera deals with life and death, attachment to worldly possessions, and the perennial question: is there an afterlife? Heavy subject matter to be sure, but the performance is simultaneously filled with levity and mirth. “It creates a balance to the pathos that is underlying the whole story,” Krausas explains.

Alexis and Krausas met over 30 years ago in Toronto, when Krausas was a student studying music and Alexis was an unknown author working in a bookstore. The pair always wanted to write an opera together but the timing was never right. It took a very special and bizarre impetus to create the perfect conditions for their collaboration: puppets.

Members of Calgary’s Old Trout Puppet Workshop doing what they do best. Photos by Kaitlin Kealy, courtesy of the Banff Centre for Arts and Creativity.

The puppets are as darkly beautiful as the story itself, thanks to the artistry of Calgary’s Old Trout Puppet Workshop. Judd Palmer, Pityu Kenderes, and Peter Balkwill (affectionately referred to as “the Trouts” by Krausas and Alexis) created a ghostly apparition dressed in finery, a family, and a philosopher among others, all with evocative faces etched with intense emotion. The stony white of the puppets faces (ghosts or not) resemble marble, a subtle complement to the setting of a marble house in ancient Athens.

The Old Trout Puppet Workshop directed a cast of eight performers from the Calgary Opera and six puppeteers into a configuration resembling a flock of birds, where multiple people cluster together and break apart while performing a single character. Nothing is hidden. “It’s an interesting setup,” says Krausas of the staging, “It is almost as if you have a multi-personality character where different elements of them are coexisting. Occasionally you’ll have separation of the singer and puppet or interactions between them. Almost as if they are talking with themselves.”

The shadowing of puppet and performer onstage allows for multidimensionality in a character that isn’t possible with a single actor. Musically, the opera is very traditional, Krausas was clear on that, but the puppets add a layer of visual intrigue. “It feels like this wonderful synergistic explosion between all of us and what we all do,” laughs Krausas. “[Operas] are such wonderful things because they pull in not only music and text but staging and lighting and, in our case, these amazing puppets. It is one of the initial completely collaborative art forms, I think. Everyone tosses around that word, ‘multimedia,’ but opera has always been multimedia.” 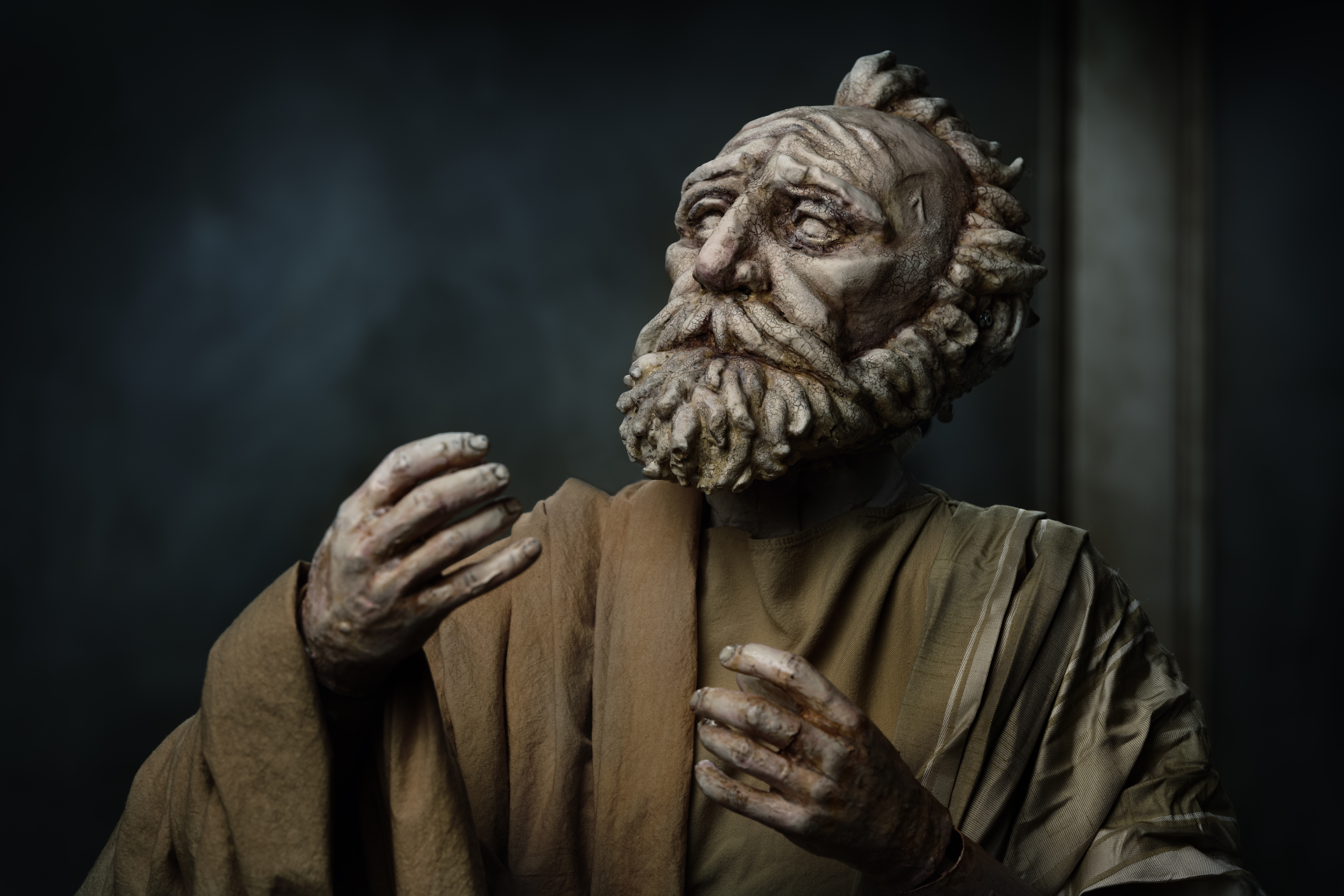 Ghost Opera opens at the Banff Centre May 24, and will then run at the Grand in Calgary, May 29–June 8.