Car designers take their inspiration from all over the world. However, Bugatti has been looking to the past and the artful vehicles that came before. For its latest Chiron Noire special editions, Bugatti designers looked to the record-setting La Voiture Noire and its namesake from the 1930s.

Unveiled earlier this month, these special edition Chirons have a limited run of 20 units in two variants: Noire Élégance and the Noire Sportive. True to their names, these vehicles have been blacked out with a sophisticated motif that includes silver accents. The front grille has a new design and features a badge made from solid silver, which has been refined with black enamel to give it extra flair. The brake calipers are all black as well, peeking out from the gorgeous Caractère wheels.

The Noire Élégance model has an exposed, yet glossy, carbon fibre body and the signature C-line accent by the doors breaks up the dark theme with a matte polished aluminum finish. The cabin is also laden in all-black—save for the signature C-line that mirrors the signature exterior body line. The word Noire is inscribed in the headrest and is found on the door sills and centre console.

On the other hand, the Noire Sportive has a matte black exterior finish, even on the exposed carbon fibre, the signature C-Line, the radiator grille, the front spoiler and even the wheels. Inside, the inscriptions are all black as are the aluminum trim pieces while Bugatti used matte black on the steering wheel, centre console, door handles and all of the controls and buttons in the cabin. 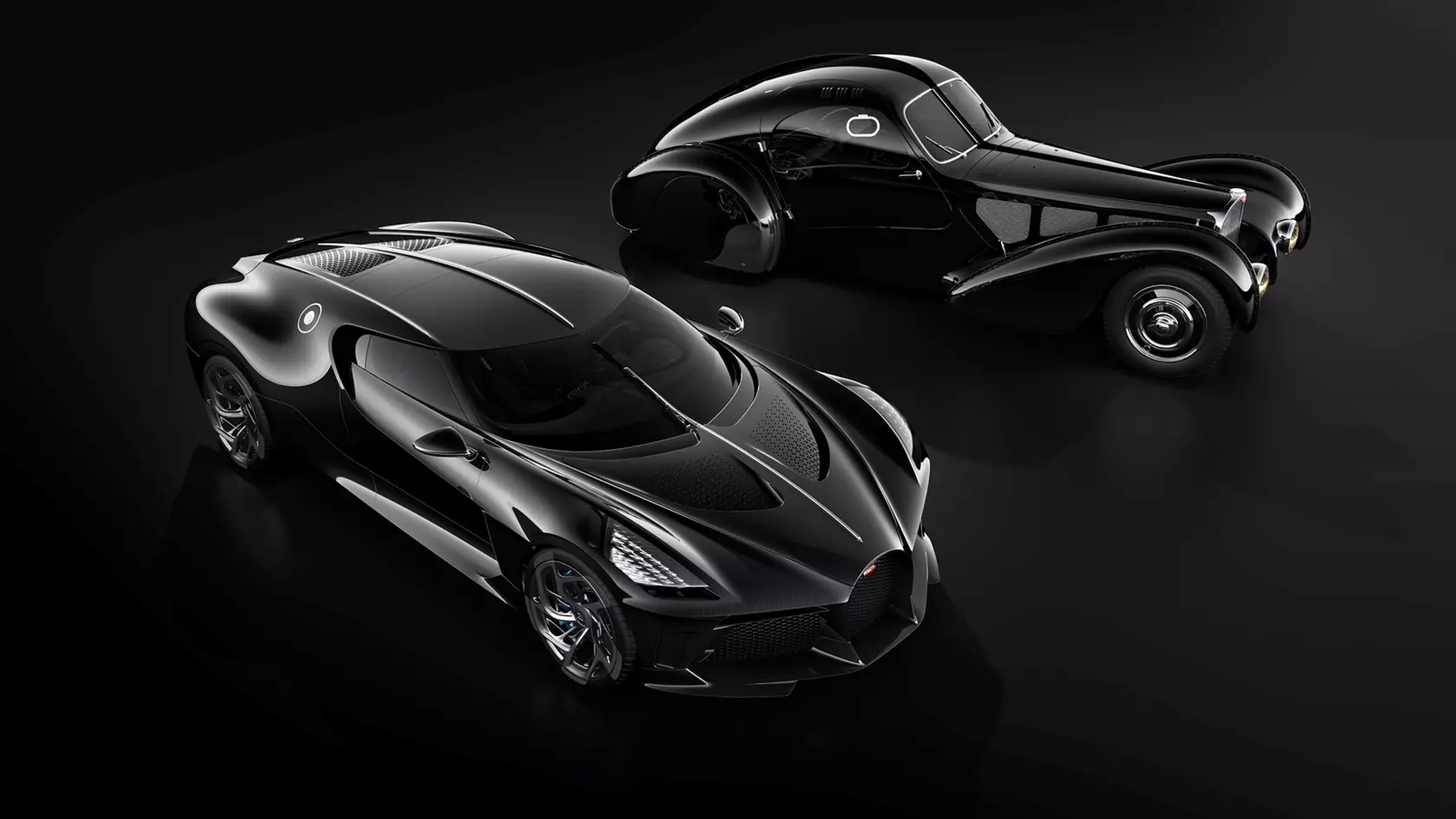 For its latest Chiron Noire special editions, Bugatti designers looked to the record-setting La Voiture Noire and its namesake from the 1930s.

The power plant hasn’t been touched; there’s still a mid-mounted 8.0-litre 16-cylinder engine with 1,500 horsepower. These Noire models will be available in the second quarter of 2020 for a price of over $4 million. Remarkably, for those who feel like they are missing out, owners of standard Chiron models can get the Noire treatment.

What makes these Noire models so interesting is they follow up the model known as La Voiture Noire. This was the world’s most expensive car when it debuted at the 2019 Geneva Motor Show. La Voiture Noire takes the Chiron design and gives it a futuristic, Batmobile-like design. And of course, it uses a ton of black carbon fibre. With a total price that came to nearly $19 million, the vehicle truly represents the brand as no other vehicle can.

La Voiture Noire is a homage to a particular vehicle: the Type 57 SC, originally designed by Ettore Bugatti’s eldest son, Jean, and produced in the 1930s. Only four of these vehicles were made between 1936 and 1938, and the most notorious of all of them: an all-black model, went missing during the Second World War. Dubbed “La Voiture Noire” back in the 1930s, it held a special place in Bugatti’s history.

The interest in the new La Voiture Noire led to the Chiron Noire Sportive and Noire Élégance and helps to bring Bugatti’s history to life once more with its breathtaking design and flair. Perhaps, with the interest in futuristic designs in the last year, we will see more perennial brands like Bugatti drawing from their classic histories.

What Cars Can You Buy New Now as Future Collectibles?