Concept cars are the physical expression of an automaker’s dream for the future. BMW’s new Vision M Next concept is an example of what an electrified version of the brand’s exciting M cars could look like. Usually vehicles that have big engines or high-pressure turbochargers, the M series has yet to see an electrified vehicle. This concept signals the changes ahead.

BMW Group designer Jose Casas explains that the Vision M Next was designed to be striking yet simple.

“We took many cars for inspiration,” Casas says: “The BMW M1, the i8 and the Turbo.”

It’s not hard to see where each of these cars has influenced the new concept.

The Turbo is a design from 1972 that was the original inspiration for the M1 and first-generation 8 Series. Its wedge-like design is clearly referenced in Vision M Next, and there are splashes of orange in this new concept that recall the Turbo and the M1. 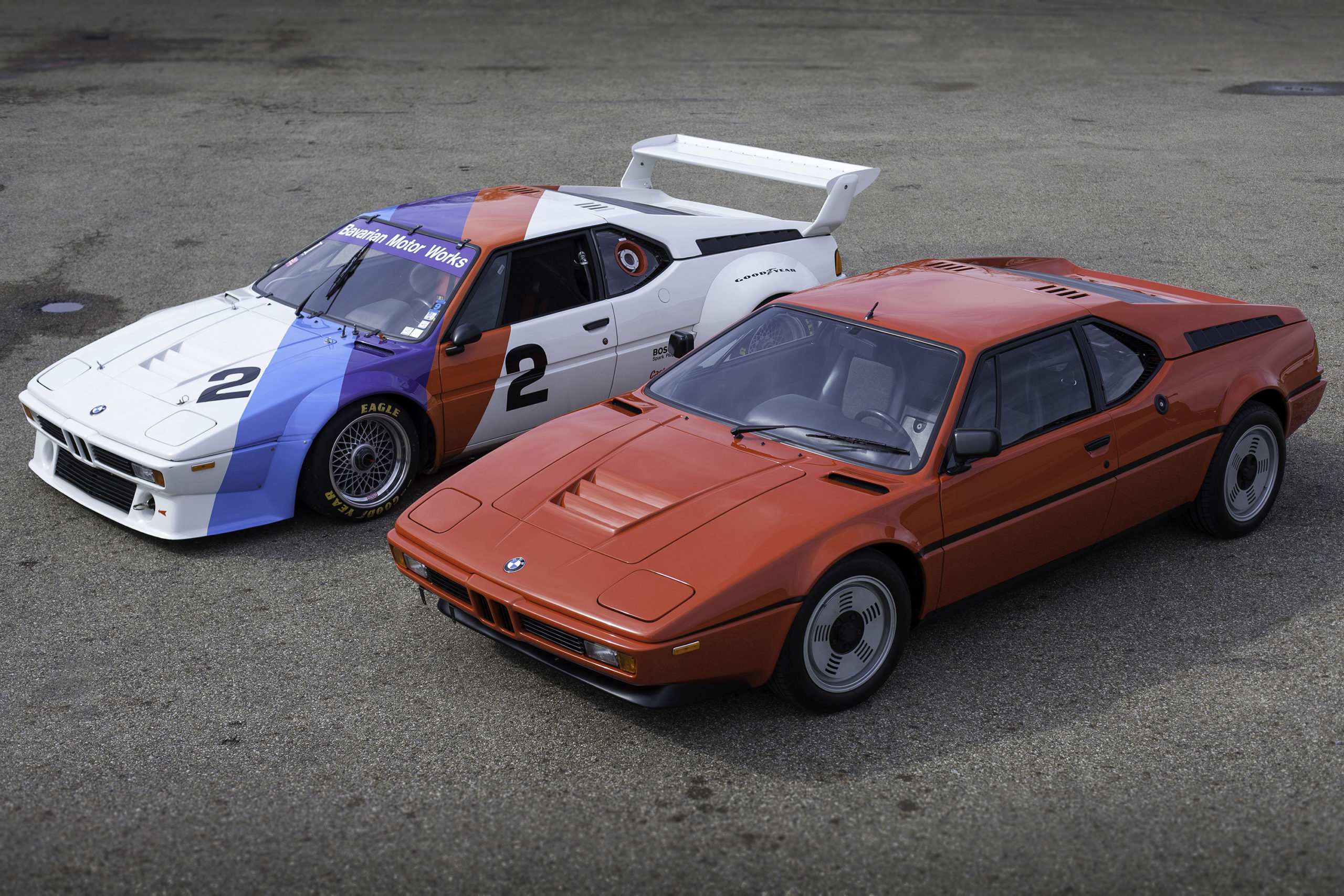 The Turbo is a design from 1972 that was the original inspiration for the M1 and first-generation 8 Series.

However, the M1, which was built in 1978, exudes the M mindset from its very inception. This was BMW’s first production mid-engined car and a vehicle designed to help the brand in various motorsports ventures including Le Mans and Group B rally. “The silhouette of the Vision M Next, you can see a lot of the M1,” says Casas. Other elements are the three-piece fins by the rear window that are clearly inspired by the M1.

The i8 is another mid-engined vehicle—but isn’t as focused on motorsports and racing. Instead, its elegant yet futuristic looks are utilized in the Vision M Next, not to mention the electrification that the i8 is known for.

“Overall, it’s a true sports car look,” Casas says. “It has a very wide track, and big tires, with a very sleek silhouette which flows very dynamically on the body.”

What’s truly interesting is Casas’ explanation of the simplicity of the design. “You can see through the surfaces that it’s much simpler than what you could see on one of our production cars,” he notes.

Some complain that with each new BMW, the design has become either uninspired or too fussy. This concept car provides the brand’s exploration of answers to those critiques, according to Casas: “As an exercise, it’s always good to see how much we can push the look.”

Powering this concept is a hybrid gas-electric power train, something that has yet to be seen in any BMW M vehicle. Imagine an amped-up i8 PHEV, and you’ll have a good understanding of what kind of performance the Vision M Next is trying for. The sound is an integral part of the emotional experience in a  BMW performance vehicle, so the company has collaborated with legendary Hollywood composer Hans Zimmer to create a unique noise to demonstrate what the vehicle would sound like when it accelerates. 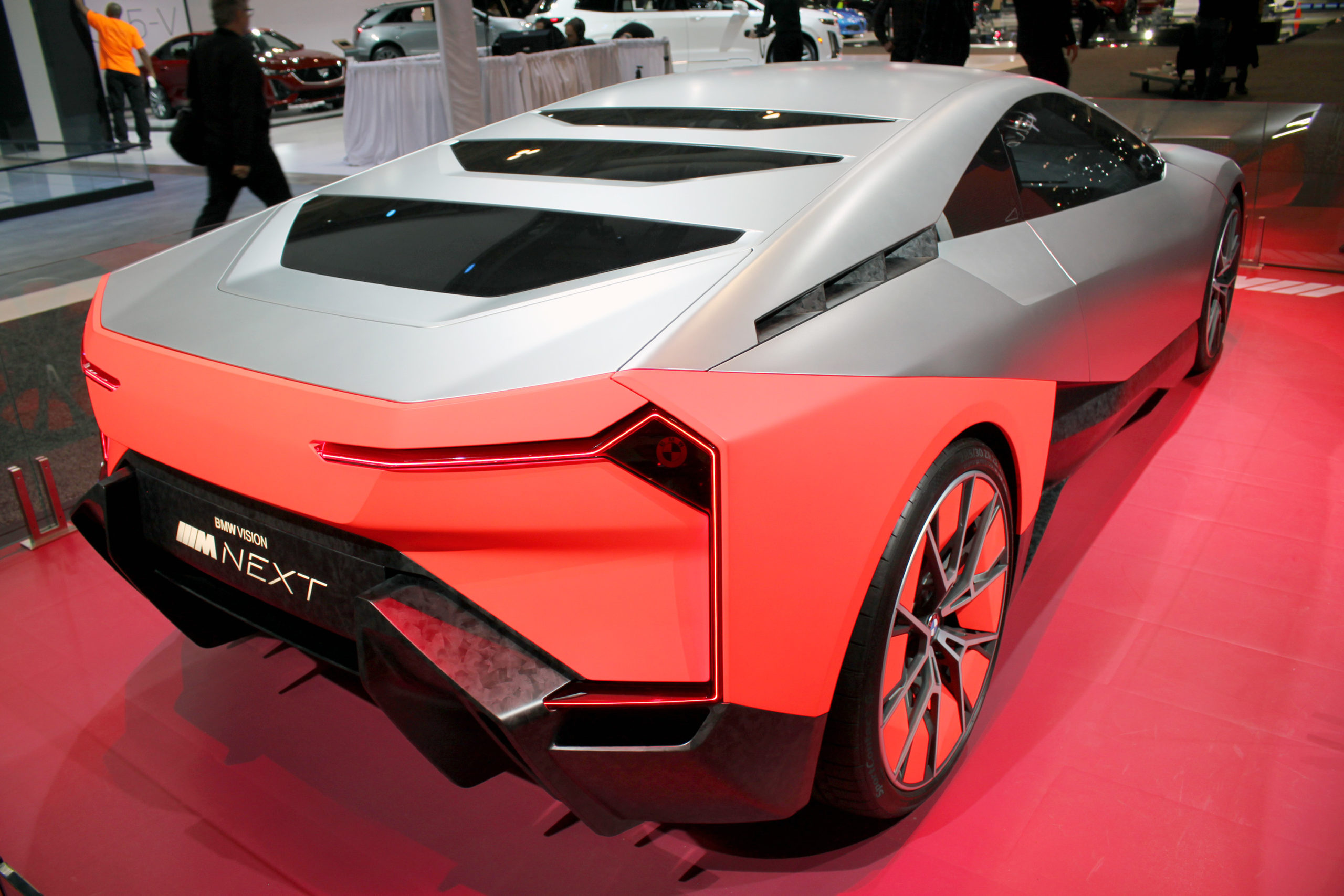 Powering this concept is a hybrid gas-electric power train, something that has yet to be seen in any BMW M vehicle.

Beyond the complete concept coming to fruition, there are many hints in the Vision M Next concept of what is coming to the next generation of BMW vehicles.

For example, the laser wire lighting technology, found on the head and tail lights of the concept, is extremely bright, despite being impossibly thin. The lights tell a story of their own, and you can imagine BMW happily applying this signature to its future cars.

Further examples of the standard set by the i8 can be found in the concept’s black side skirts and rear diffuser, which are made from recycled carbon fibre. The i8, as well as the i3, 8, 7 and 5 Series, feature plenty of weight-saving carbon fibre, while the i vehicles focus on sustainable construction. As a result, BMW has shown a desire to expand its use of these materials into the design and styling of the vehicles. “The interior materials of the vehicle are also made of sustainable, synthetic materials,” Casas adds.

Casas is careful not to talk too much about the i brand and its influence on this concept. “M is about the passion of driving, while i is about the ease of driving,” he says. “This is still a pure driver’s car.”

Dreams are often emotional, and it’s clear that there is still a lot of emotion at BMW for the passion of driving. As demonstrated by the Vision M Next, the brand’s path is a careful combination of the iconic designs of the past, as well as the powertrains of the future.