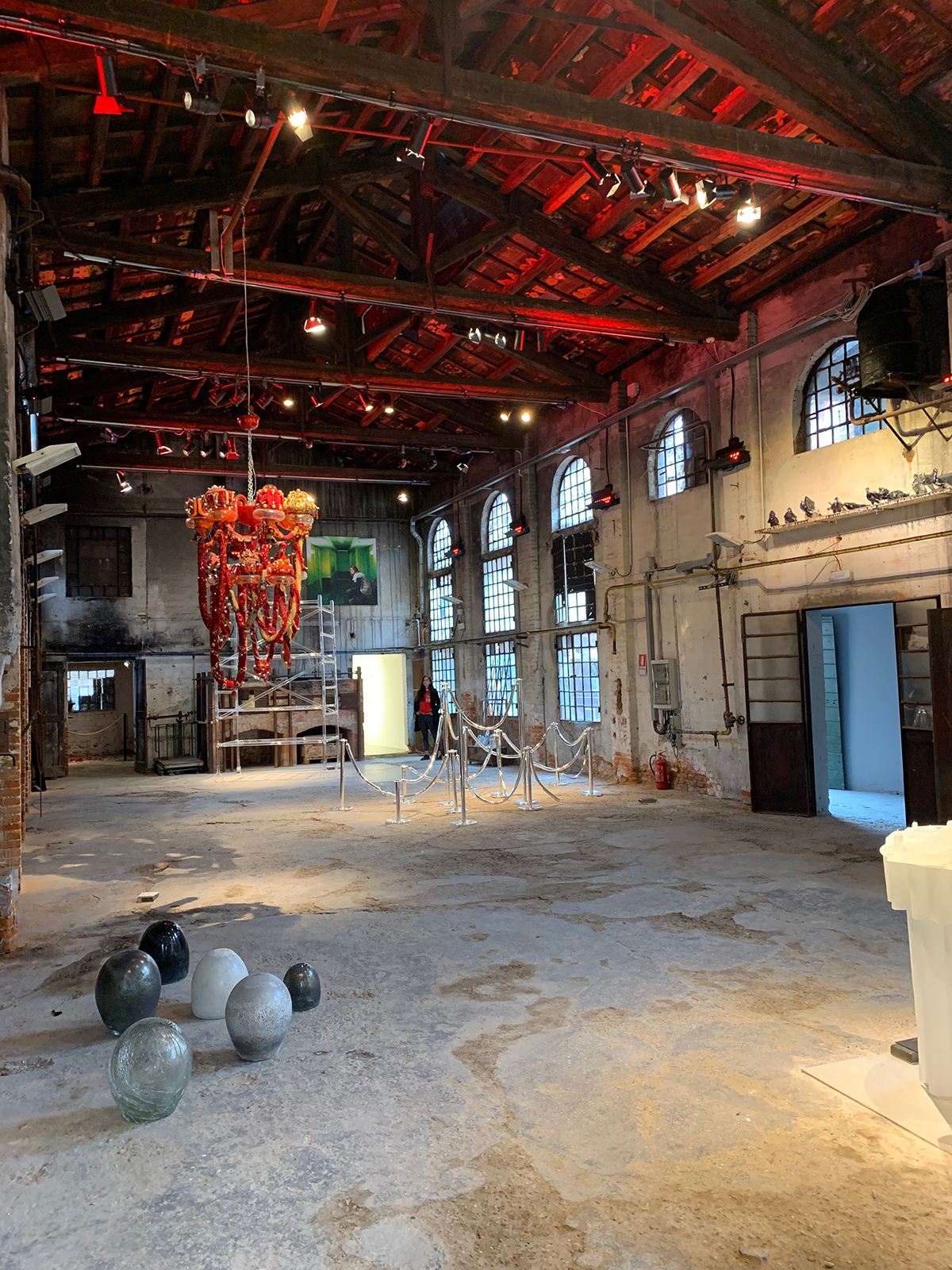 Venice and Murano are complementary; each its distinct personality, and, together, an impressive combination of arts and crafts. A sojourn in Venice is enhanced by a visit to Murano, affectionately known as the glass island. Murano’s reputation as a centre of glass making was born when the Republic of Venice, fearing fire and the destruction of the city’s mostly wooden bridges, ordered glassmakers to move their foundries to the island in 1291. Nearly 800 years on, the kilns of Murano are still burning.

Adriano Berengo, a born and bred Venetian, established his glass studio on Murano in 1989. What was an abandoned fornace (foundry) for 60 years, is now a studio, atelier, and exhibition space showcasing extraordinary installations of glass works. Berengo Studio is the antithesis of the gaudy swirls often associated with Venetian glass; rather, beguiling glass objects take pride of place.

Inspired by art collector and former Venice resident Peggy Guggenheim, who guided the likes of Max Ernst and Le Corbusier towards glass in the 1950s and 1960s, Berengo has welcomed more than 300 contemporary artists—Tony Cragg, Jaume Plensa, and Ai Weiwei—to the Venetian island to work with the maestros of Murano. “To ask an artist who normally works in one medium to use another medium… they are afraid,” says Berengo, as he guides me through Glasstress, the exhibition he’s organized at Berengo Studio since 2009, in conjunction with the Venice Biennale. “It’s a hell of a job to convince them.” 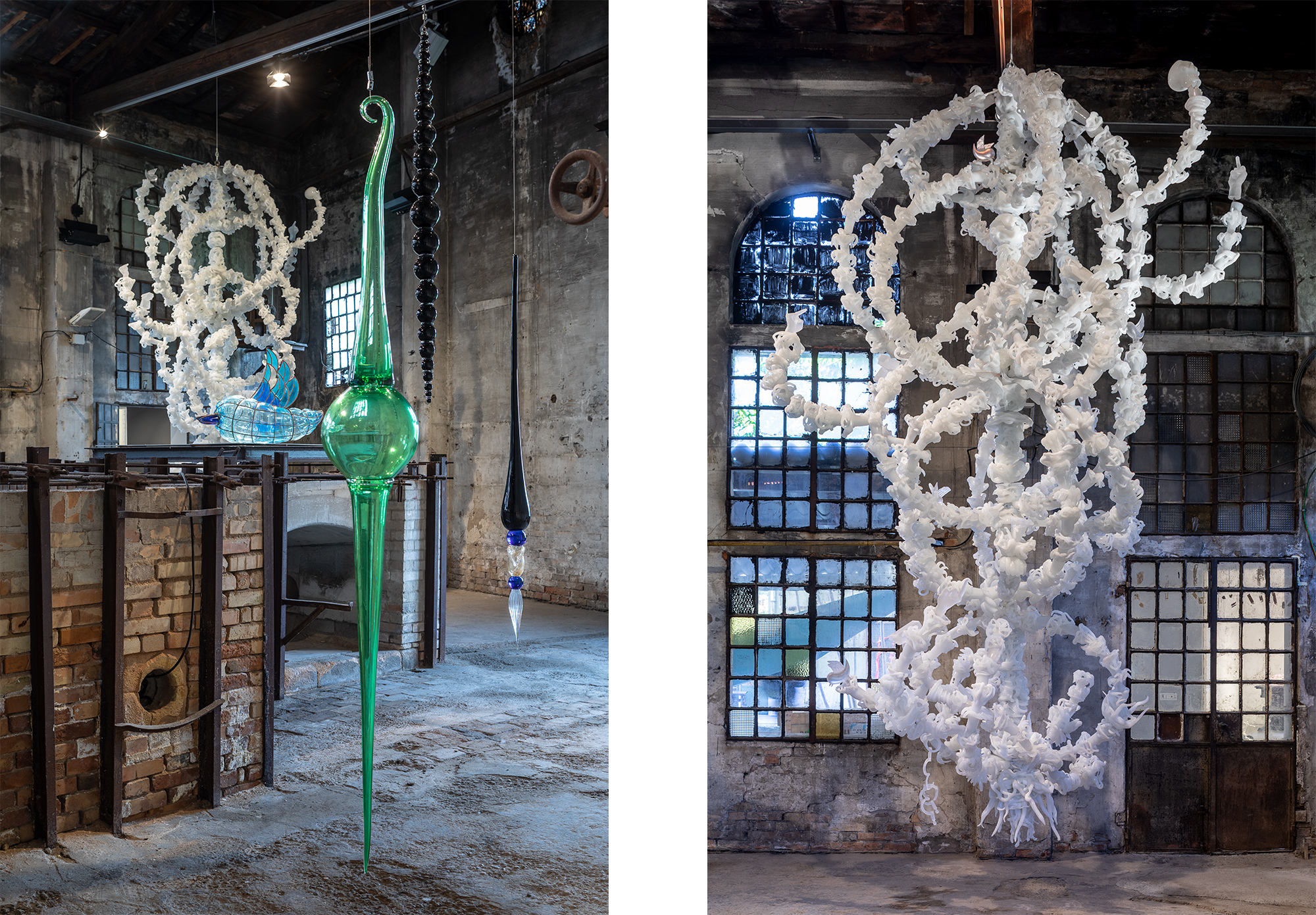 Thirty years on, Berengo shows no signs of slowing down. Said Weiwei of his first experience working with Berengo, “He [Adriano] believes in contemporary expression, but at the same time he tries to develop this old technique of glass making in a new language.”

Glasstress is an official collateral event of the Biennale. “What compelled me to take on the monumental task of putting on an exhibition is to show that contemporary ideas have a place alongside the traditions of glassmaking,” says the 72-year-old Berengo. “It makes artists think in glass; not seeing it as a limitation but as an exciting new medium. The results defy the stereotypes associated with the ancient history, pushing the boundaries of both contemporary art and glass.”

For Glasstress 2019, the artist roster is long, including alumni Laure Prouvost, Erwin Wurm, and Thomas Schütte as well as first time participants José Parlá, Rosie Wylie, and Prune Nourry. Long-time collaborator Vik Muniz curated the exhibition. Carroña by Spanish artist Javier Pérez exhibited in a room of its own, is a provocative large-scale work: a broken blood-red chandelier represents a carcass upon which taxidermic crows are hungrily perched, shards of glass dangling from their beaks, ready to devour it. “The glass chandelier is the geneology of Venice,” says Berengo, standing over the glass work. “Here, it is crashed as a symbol of breaking from the past and moving into the future.” 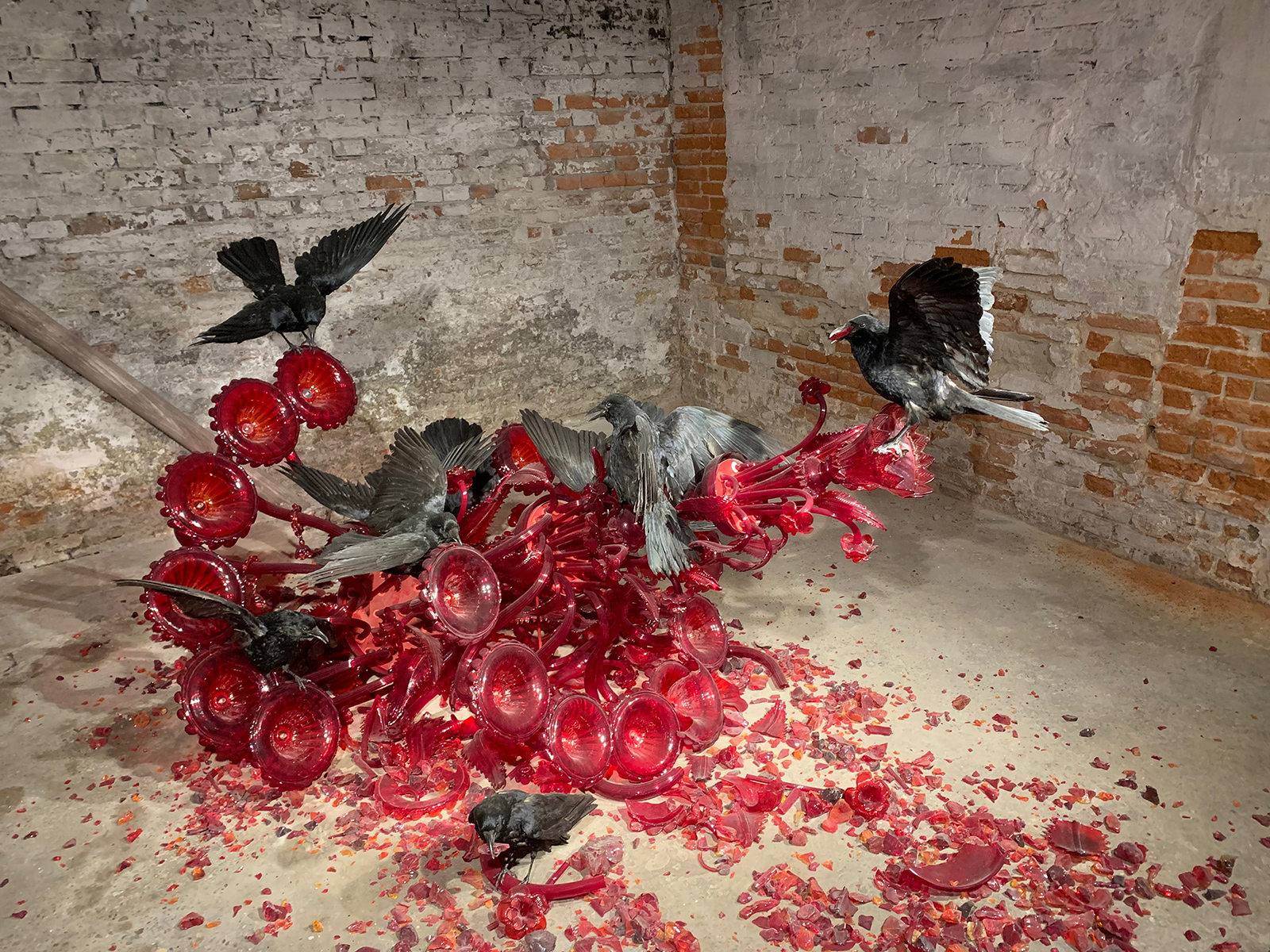 Carroña by Spanish artist Javier Pérez is a provocative large-scale work: a broken blood-red chandelier represents a carcass upon which taxidermic crows are hungrily perched.

Berengo, wearing a black Lululemon track suit and purple cashmere scarf, notes that combining traditional Murano glass blowing with contemporary art has two purposes. First, it raises the status of glass in the public’s conscious as a viable art material, and second, it brings a new source of income to the glass factories. Murano, much like Venice, has suffered from the influx of tourists and “many glass blowers work to pander to the market,” says Berengo, referencing the kitsch souvenirs that dominate shop windows. “We are working to elevate the glass blowing to art, real art.”

If a visit to Berengo Studio located at Fondamenta Vetrai 109 on Murano is not possible when in Venice, an eclectic collection of sculptures from Berengo Studio accent the public spaces at the St. Regis Venice hotel. “It is a real privilege to have such world class art,” says Antonello De’ Medici, general manager at the St. Regis Venice. “Berengo has fundamentally changed the relationship between glass and art.”

While Glasstress 2019 wraps at the end of this month, when the Venice Biennale concludes, Berengo and team are already in full swing working on an upcoming exhibition and private commissions. In the atelier behind the studio, artisans are constructing, moulding, assembling. “I am not an artist,” affirms Berengo. “For me it is enough to create the stage.” While Berengo continues to write new chapters in the history of both glass and art, the world is standing in ovation. 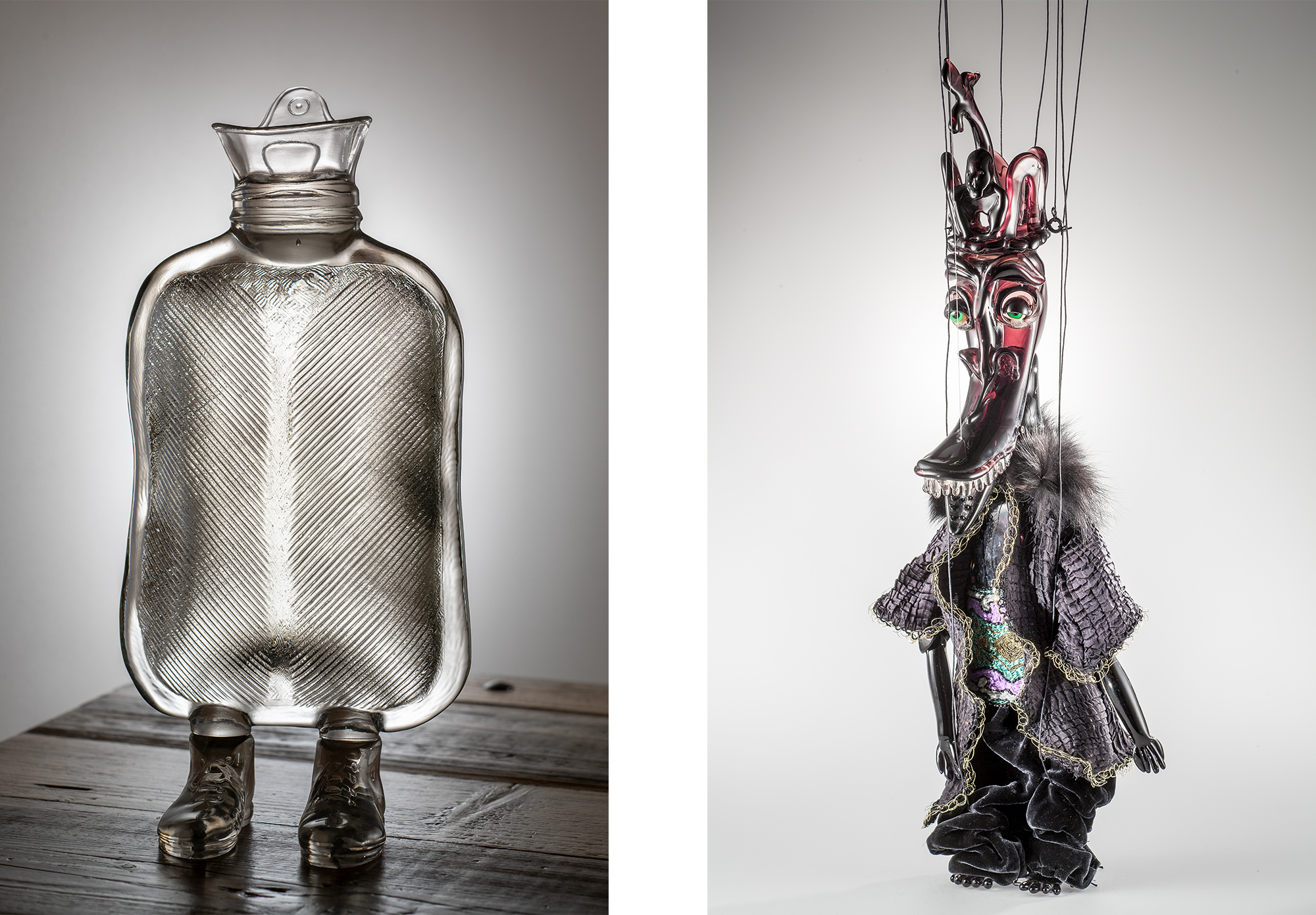 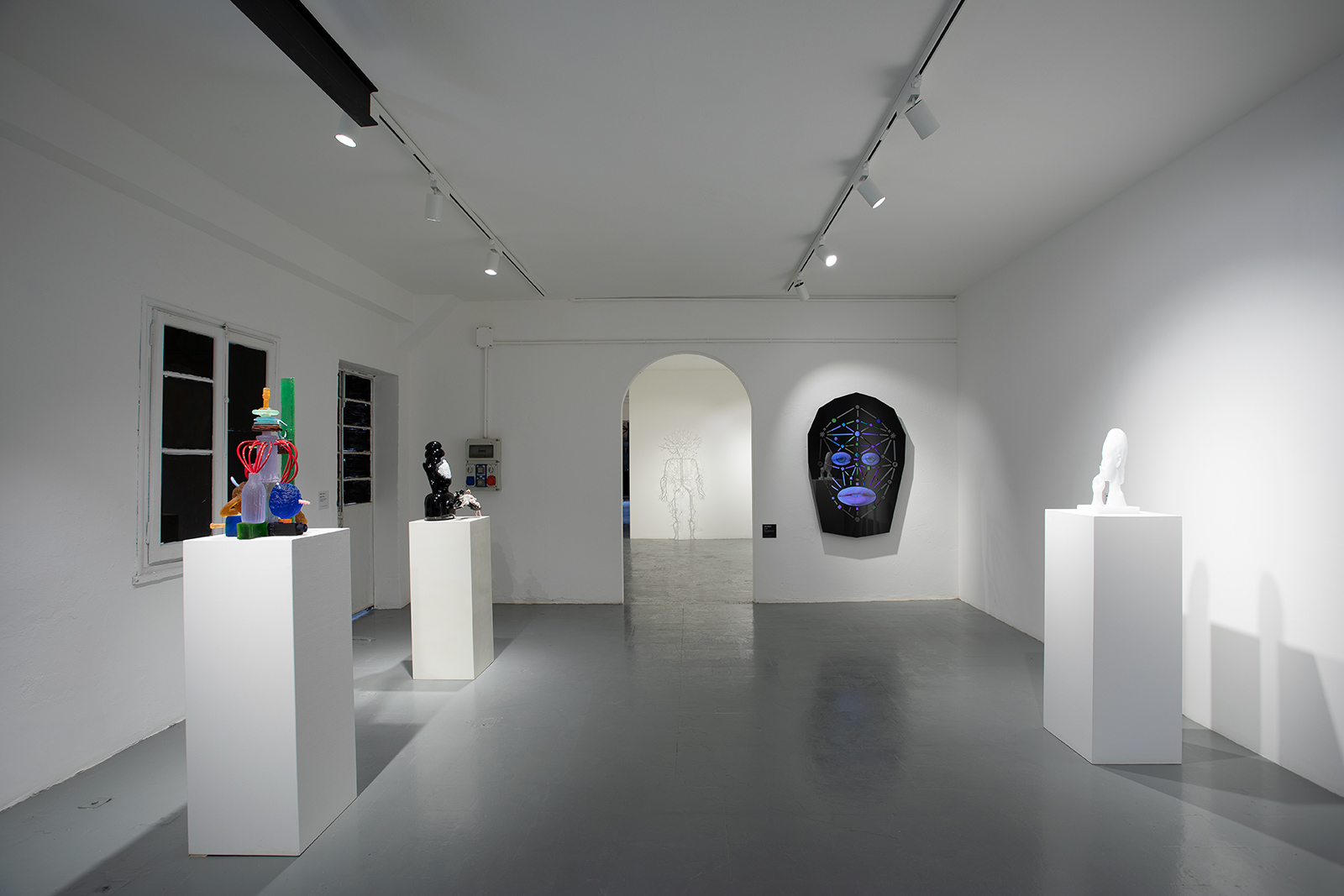 The St. Regis Venice’s Privileged Location on the Grand Canal