Made famous by his roles in ’80s and ’90s films such as Jurassic Park, Independence Day, and The Fly, Jeff Goldblum is on fire again, and these days he hardly needs an introduction. His dapper-dad style and quirky interviews, spurred by the meteoric rise of millennial nostalgia, have coalesced in memes and electrified the Internet. But there’s another side to Goldblum, and it’s not a recent development—he’s a skilled jazz pianist.

Goldblum has been playing steady gigs with his band, the Mildred Snitzer Orchestra (named after a friend of his mother’s) for more than 20 years. In 2018, Goldblum released The Capitol Studios Sessions, the band’s debut album, which captured the vibe developed at the Rockwell Table and Stage, their long-time venue. Sessions is a chimera of an album, bridging recognizable jazz standards and a comedic verve, bolstered by guest performers such as Sarah Silverman. The record seems to express the memorable rawness that carries live acts, and Goldblum’s acumen as an actor carries the album; listeners can hear the studio audience cracking up at the banter between Goldblum, his band, and guest comedians and singers. The Capitol Studios Sessions reached the top of Billboard’s jazz chart, and the band even made an appearance at Glastonbury in June.

Today, Goldblum and his band release their new album, I Shouldn’t Be Telling You This, on Decca. Coming off the success of their first album, Goldblum and the band have switched gears a bit, focusing on tight-knit studio tracks and eschewing the more conversational style of the first album. “I love doing the live show and that’s how we evolved, and on the first album I had a real hankering to capture the spirit of that. On this it was different—I always like variety, and I loved that we were able to prepare more thoroughly,” says Goldblum about the shift in flavours. 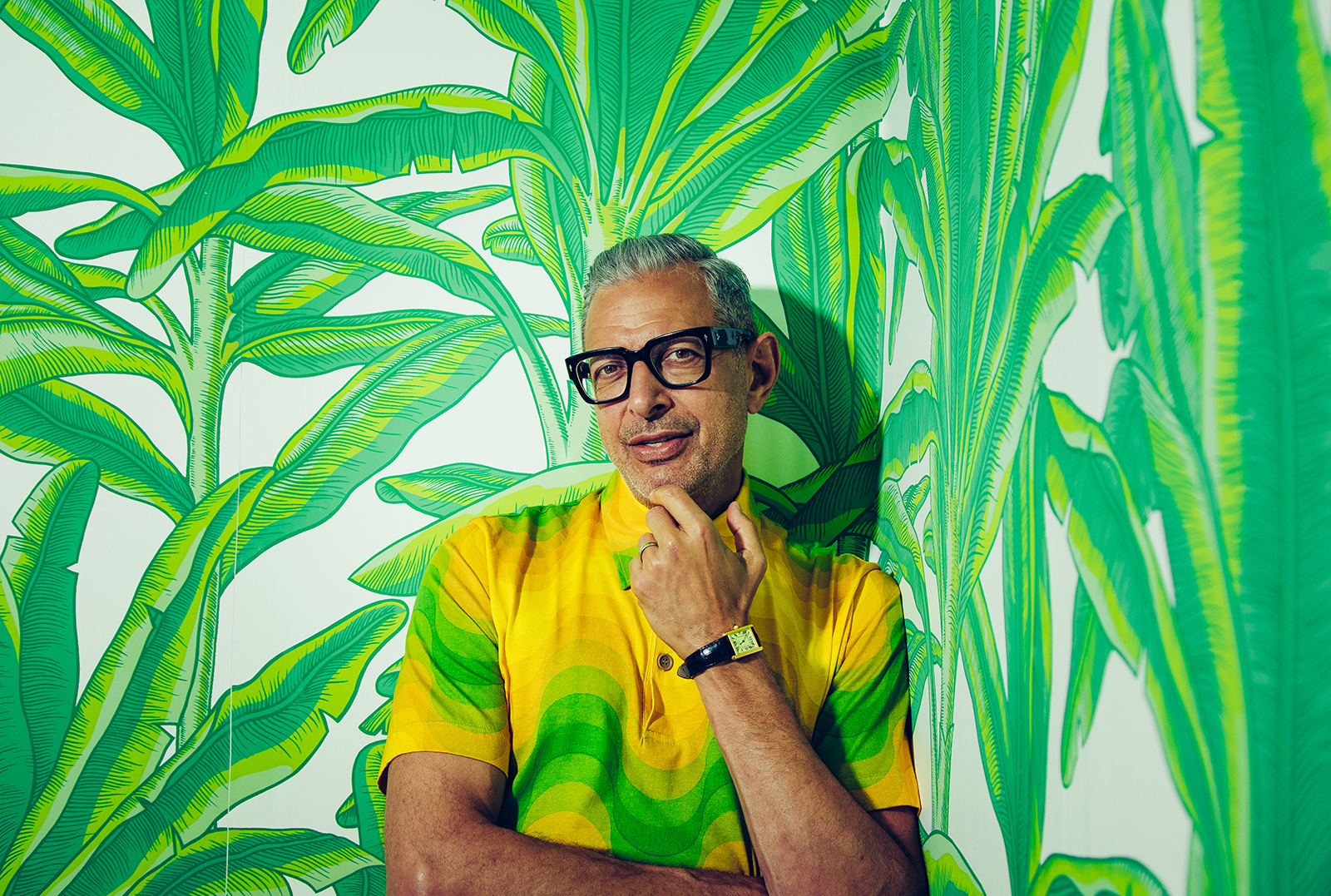 Today, Goldblum and his band release their new album, I Shouldn’t Be Telling You This, on Decca.

“It was a very fun and democratic process,” he says of the construction of the album and the selection of songs. Standards by Irving Berlin, Herbie Hancock, Wes Montgomery, and Marianne Faithfull are featured, and he notes that the album takes ’50s and ’60s blues as its unifying theme. But any jazz listener should readily agree that it is the diversity of covers that makes the album special, and ultimately, super accessible to novice jazz fans, as well as appealing to jazz aficionados. Goldblum sums it up aptly when he calls the album “delicious”.

Many of the tracks are “mash-ups” where two tunes are made into one. This method can lead to a bit of sonic clutter, but it ultimately serves to expand the scope. Scope is everything on this album, as it reaches across genres and scenes and into the contemporary, with vocal tracks by singers from all over the spectrum such as Sharon Van Etten, Fiona Apple, Gregory Porter, and Miley Cyrus.

When asked what the perfect location to listen to this album would be, Goldblum casts a wide net: “I think it could be fun and nutritious and enjoyable for all sorts of people in all sorts of places, wow! For the Nat Geo show I went all over America these last several months, so I can imagine it coming out of record players and different devices in all four corners of our country —and Canada!—in the middle of the woods, in an atmospheric, romantic place … At the beach, near the water, in the mountains, in the car. All sorts of places!”

It seems that the combination of Goldblum’s popularity and the musical content could usher in a bit of a renaissance for jazz as younger listeners discover the iconic songs featured on I Shouldn’t Be Telling You This. “It would be fun,” Goldblum humbly muses, “to think that I am contributing in any way to the continuum of jazz.” He notes that over the years, interest in him as a celebrity has allowed him to give a platform to the players and standards he loves. 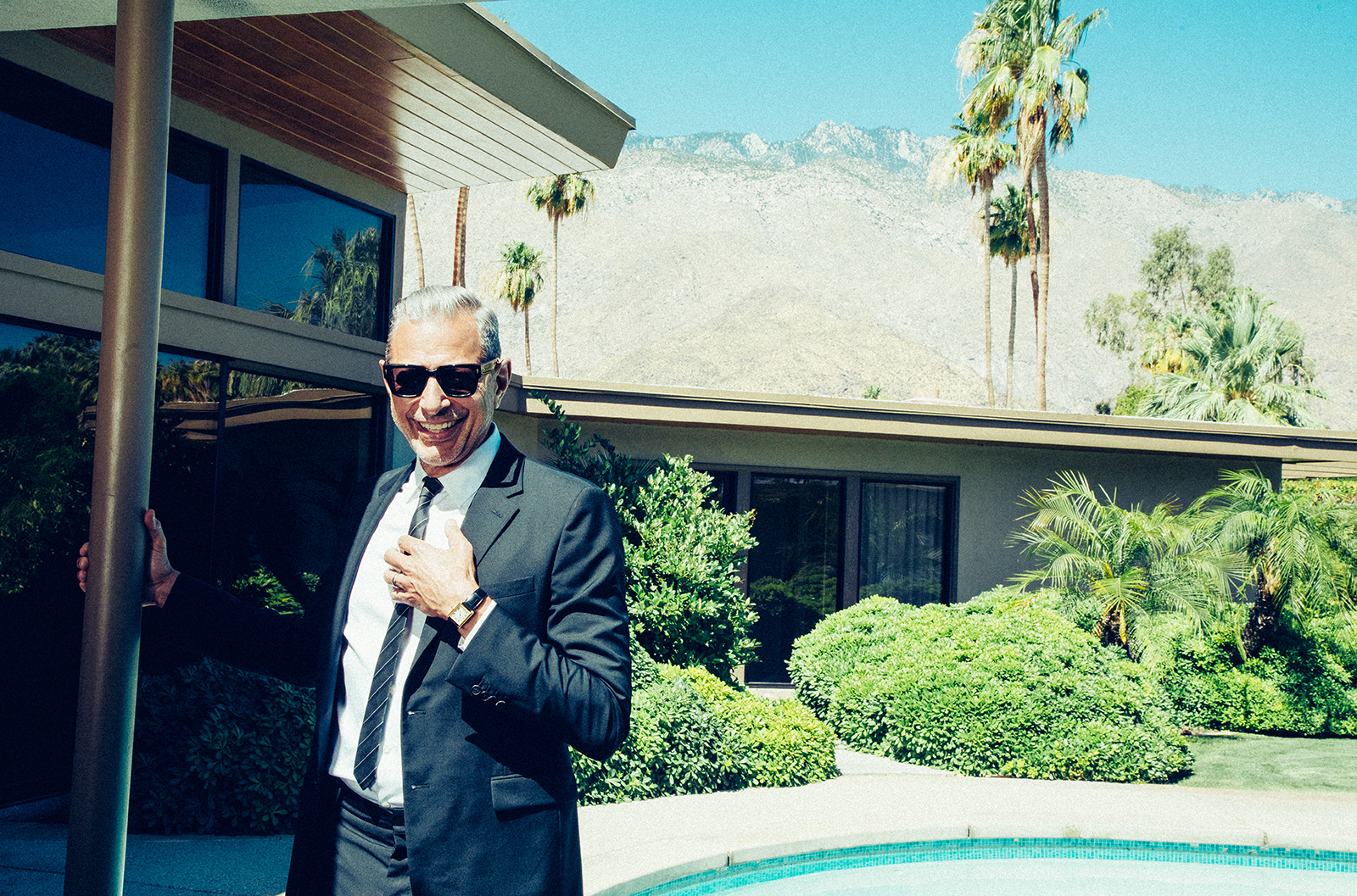 It seems that the combination of Goldblum’s popularity and the musical content could usher in a bit of a renaissance for jazz as younger listeners discover the iconic songs featured on I Shouldn’t Be Telling You This.

Goldblum also recognizes the positive effects that his playing has had on him and his family. The final track on the album—“Little Man You’ve Had a Busy Day” by Bing Crosby—is a tune he uses as a sort of lullaby for his children. After developing this album, Goldblum says, “I’m getting more appetite than ever” when it comes to playing, and that he is constantly investigating his style and getting better. It’s a process, it seems, and one that has run in tandem to his achievements as an actor, a public figure, and a father.

More than anything, the album also seems to look—with hope—to the future. Songs like “The Thrill Is Gone” and “The Beat Goes On” speak to an anxiety about the future, recognizing that while many things change, others seem to stay the same. A student of history himself, Goldblum asks, “Who knows where [jazz music] will go from here?”

One thing is clear, though, to Goldblum: If the beat is to indeed go on, working together is necessary to solve the problems of climate change and technological disruption. In the wake of this, he speculates that “the spirit of global cooperation and diversity all cooked together will make for a new kind of jazz and a fresh deepening of many kinds of music.”

While it may seem like a stretch—the interplay between jazz music and sociopolitical problems on a global scale—it is true that jazz has always attended to politics and culture. It’s refreshing to hear Goldblum, as a public figure, muse over the connection between public solutions and the progression of music culture.

For now, listen to the album and show your friends. The tracks are uplifting and the appeal is multigenerational. The beat will indeed go on, hopefully bringing us to what Jeff Goldblum calls “a place of nobility and swing”. 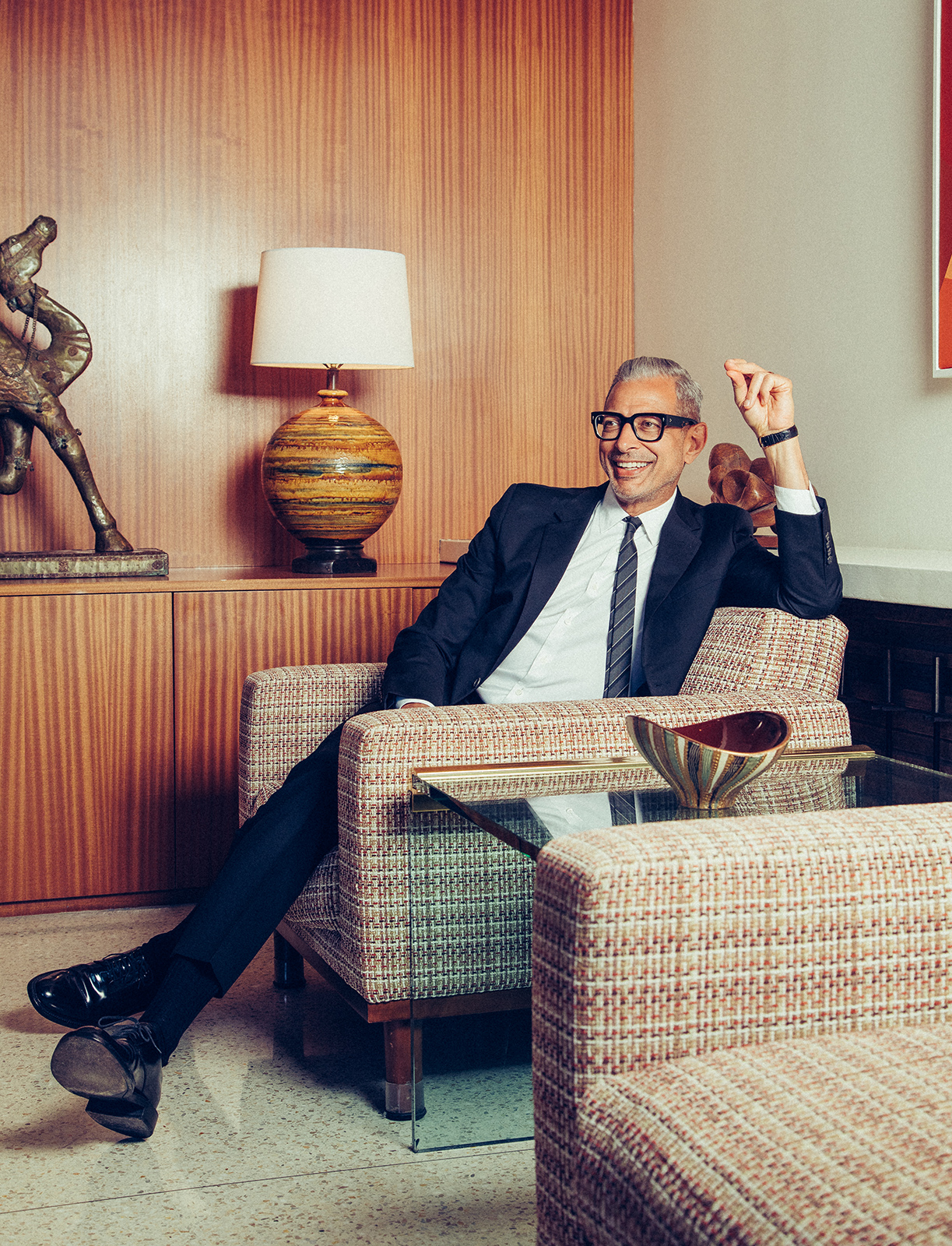 The beat will indeed go on, hopefully bringing us to what Jeff Goldblum calls “a place of nobility and swing”.

In Conversation: Jeff Goldblum, the History of Peaches, How to Understand

A Place of Nobility and Swing: Jeff Goldblum on His New Album Featuring Miley Cyrus and Fiona Apple