Craggy rocks, a historic red-and-white lighthouse, and the deep blues of the ocean aren’t the usual backdrop for an arts festival. But Newfoundland and Labrador’s Bonavista Biennale, which begins on August 17, takes a different approach, offering something far removed from the hubbub of Miami’s Art Basel or Venice’s gabbed-about Biennale. In contrast, Bonavista sees Indigenous, Canadian, and international artists take over the Bonavista Peninsula for an entire month, creating site-specific installations that play off the rugged landscape while exploring contemporary issues.

The peninsula, which juts out from the coast of Newfoundland, grabs its moniker from Italian explorer John Cabot (aka Giovanni Caboto in Italian). When Cabot spotted North America back in 1497, his initial reaction was to exclaim “O bueno vista!” which translates as “Oh happy sight!” It is, indeed, picturesque. Fast-forward a few centuries, and clusters of brightly hued houses decorate the landscape, offering rustic charm in spades.

But the isolated locale—once lively—grew quiet when the cod fishery collapsed in the 1990s, with many Newfoundlanders departing for new opportunities. The idea of revitalizing the area by introducing artists to it struck Catherine Beaudette back in 2012. What began with 2 Rooms Contemporary Art Projects—a saltbox house reinvented as a gallery, museum, and artist’s residence—planted the seed that became the Biennale. Beaudette, executive director of 2 Rooms and co-curator of Bonavista, saw plenty of potential in the environs, viewing the abandoned fishery buildings, historic sites, and the landscape itself as great places to have an artistic conversation.

Waiting/Watching/Waiting by Reinhard Reitzenstein from the 2017 Bonavista Biennale.

Now in its second edition in 2019, the Biennale has been themed FLOE—an idea that spoke to the curators on a number of levels. “Beyond capturing the imagination, ‘floe’ connects this project to a certain place in the world,” Beaudette says, “responding directly to Newfoundland’s unique geographic position.” In addition, the term implies movement, relating to the Biennale’s look at the history of dialogue and exchange throughout the North Atlantic coast. With the word floe being defined as a “sheet of floating sea ice,” there is of course an environmental lean to it all, alluding to the icebergs the region is known for, as well as the manner in which the sea has shaped the geography. “The Biennale is fundamentally site-specific and responsive,” Beaudette notes, “so the incredible vistas and landscape of the Bonavista Peninsula, which includes icebergs, are definitely part of the curatorial team’s vision for the event. When you’re working with contemporary artists, the ideas and themes they are engaging with respond to the pressing issues of our time, including climate change.”

When pinpointing artists they wanted to exhibit, Beaudette notes it was important to the curators to choose those at the forefront of the contemporary art scene; there are 21 artists participating this year. Anchoring the festival is Jordan Bennett, a 2018 Sobey Art Award shortlist nominee, who will be using a former high school as his canvas. Co-curator David Diviney, who curated the artist’s recent solo exhibition Ketu’elmita’jik at the Art Gallery of Nova Scotia, notes that for FLOE, Bennett will “draw upon Mi’kmaq and Beothuk visual culture while challenging colonial perceptions of Indigenous histories, stereotypes, and presence.” Meanwhile, Beaudette is particularly excited about artist Wanda Koop’s role at Bonavista. Koop, who is based in Winnipeg, was inspired by a weeklong freighter journey up the St. Lawrence River. “Her paintings remind us that water is the element of life,” Beaudette says. Other standout artists include sculptor Anna Hepler, who will be transforming used cardboard into a whale’s rib cage, and Robert Hengeveld, whose works stand at the intersection of fantasy and reality.

While this may all sound rather serious, the goal is for visitors to have fun. In addition to the event being free—ensuring that all members of the local community have access—attendees are given a cute lapel pin, a map, and a passport that can be stamped at the different locations on the 100-kilometre loop. Blending art with adventure in a magnificent setting, the Bonavista Biennale has truly carved out a place for itself. 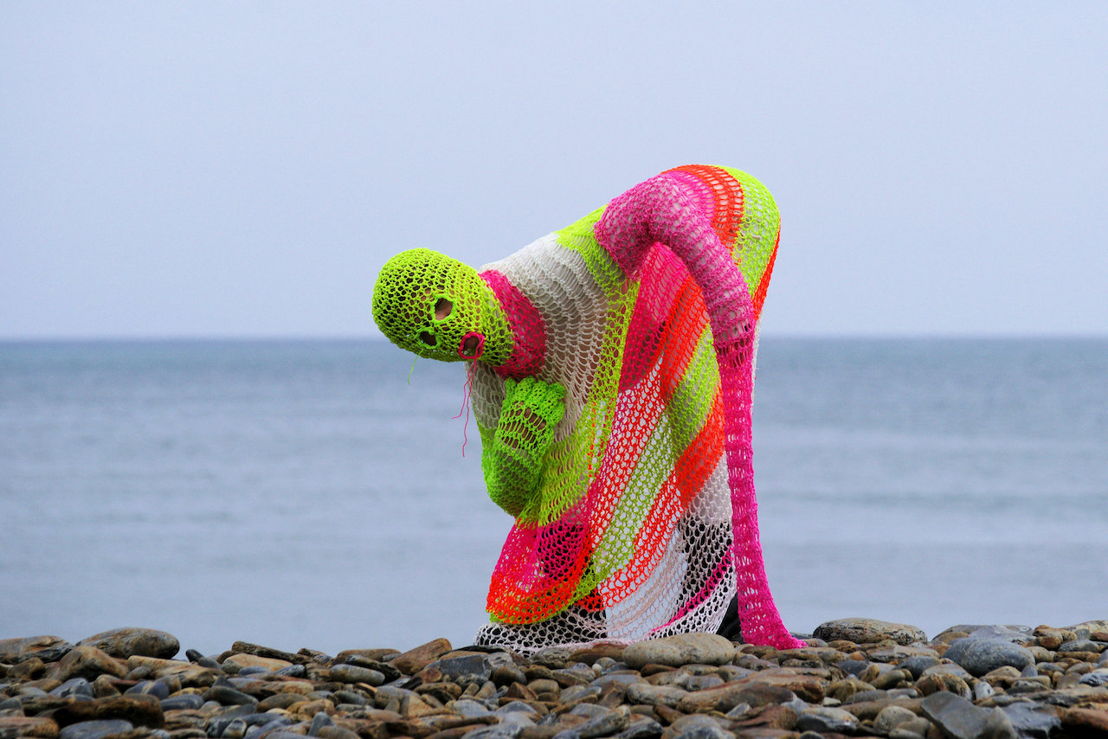 In My Skin, by Omar Badrin from the 2017 Bonavista Biennale.

The Bonavista Biennale is a month-long visual art experience that runs from August 17 to September 15.