Savannah is a coastal city that exudes Southern charm and hospitality at every turn. Visitors to the city often find themselves strolling through quaint squares with Spanish moss adorning the oak trees and admiring the antebellum architecture that tells the long history of the city. As you’re planning your luxurious weekend exploring the cobblestone streets of Savannah, here are a few upscale recommendations to begin planning your vacation.

A trip to the South isn’t complete without experience some of the rich flavours found in their cuisine. The chefs in Savannah have found a way to reinvent classic dishes and offer a fresh take on comfort foods. 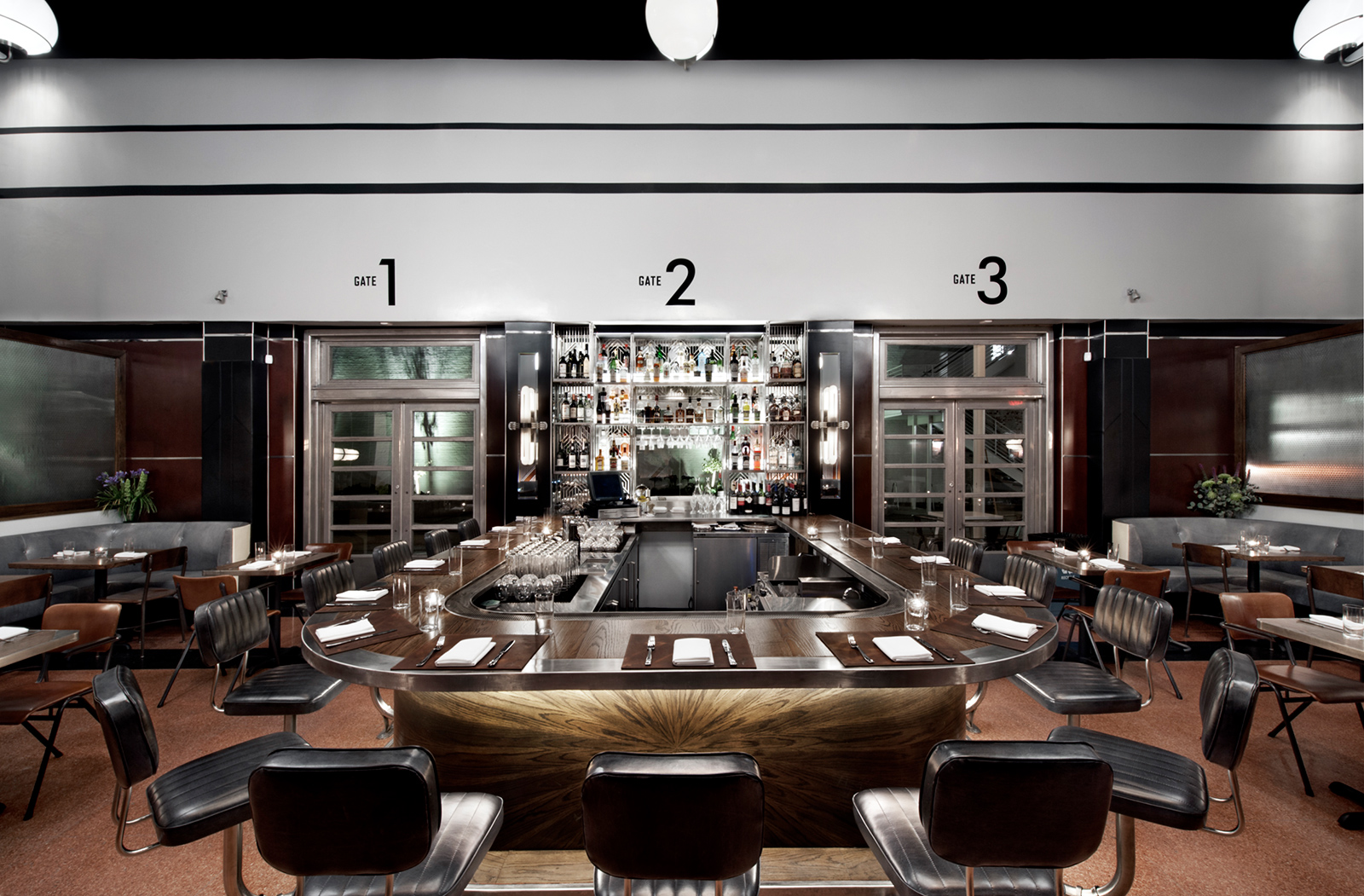 The Grey is located in a formerly segregated bus depot from the Jim Crow era that serves as a reminder to Savannah’s past. Photo by Emily Andrews.

The Grey’s chef, Mashama Bailey, has been getting a lot of buzz for her upscale Southern fusion dishes. Her culinary journey was profiled on Season 6 of the Netflix’s Chefs Table leading up to the launch of this restaurant. The Grey is located in a formerly segregated bus depot from the Jim Crow era that serves as a reminder to Savannah’s past. Bailey is a beacon representing Savannah’s future, elevating classic southern dishes with high-end ingredients to create a unique dining experience where you can enjoy both foie gras and grits in one dish. Each meal is finished with a thrill: a homemade ice-pop that is a nostalgic nod to the treats she enjoyed as a child growing up in Savannah. Bailey also recently opened The Grey Market; a fast-casual New York-inspired diner, which is a great spot if you’re looking for a quick bite while sightseeing. 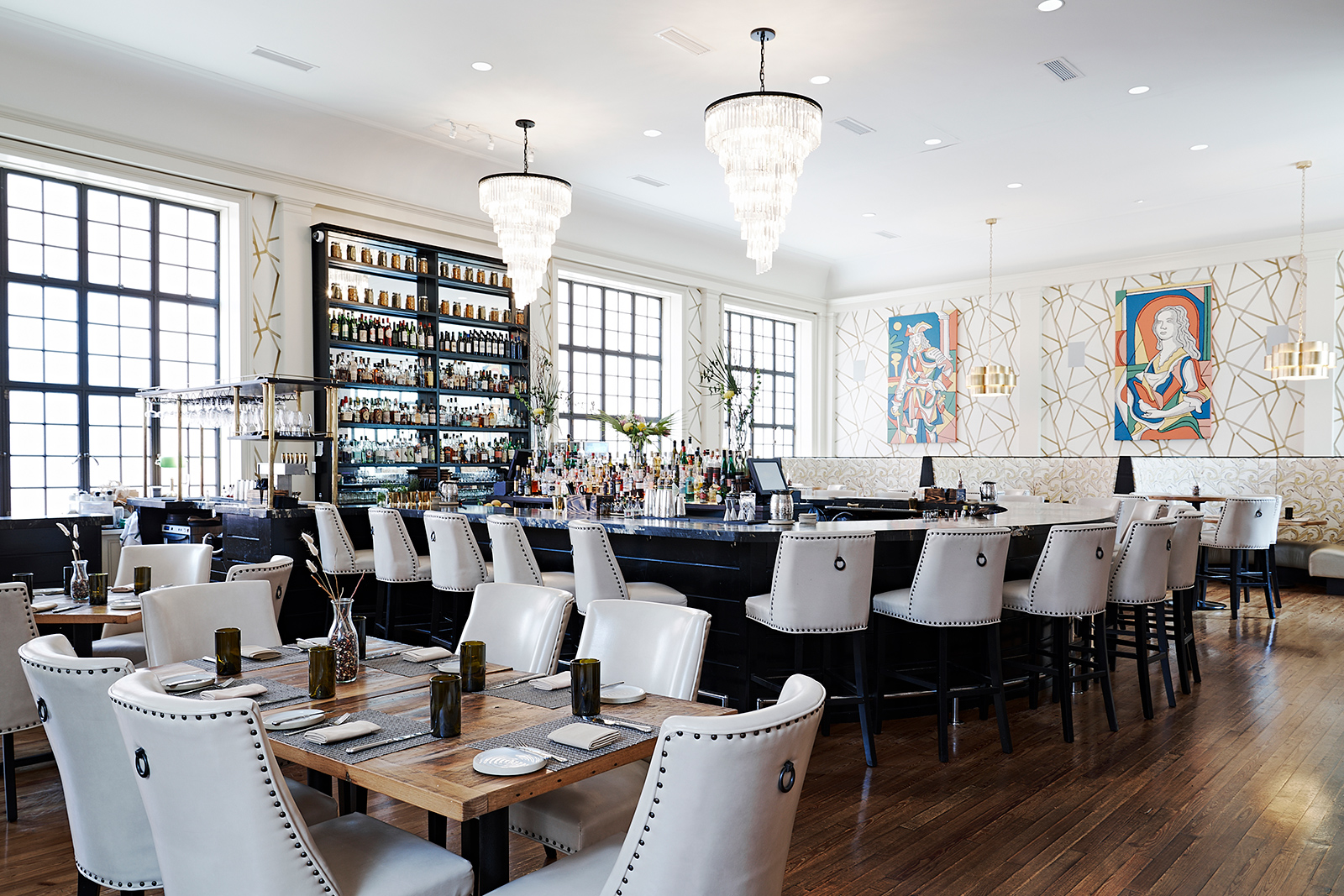 Husk is one of the city’s most sought after restaurants known for creating dishes with regional ingredients and artisan products. Photo Courtesy of Neighborhood Dining Group.

Husk Savannah is one of the city’s most sought after restaurants known for creating dishes with regional ingredients and artisan products. The executive chef, Chris Hathcock, is Savannah-born and known for finding inventive ways to incorporate the flavours of the heirloom produce grown in the South into every meal. Part of the charm of dining at Husk is being able to dine inside of a historic mansion near Wright Square. However, dining here is not for the easily frightened, as 12 West Oglethorpe Avenue is a usual stop on Savannah’s many ghost tours which tell the haunting tales of this home’s storied past.

Visitors to Savannah often flock to stay at one of the city’s historic properties like the Marshall House that are rumoured to be haunted and entrenched in stories of the Civil War. However, for the sartorial traveller, there are upscale options that embrace the contemporary and lavish while maintaining the historical charm and facades that the city is known for. 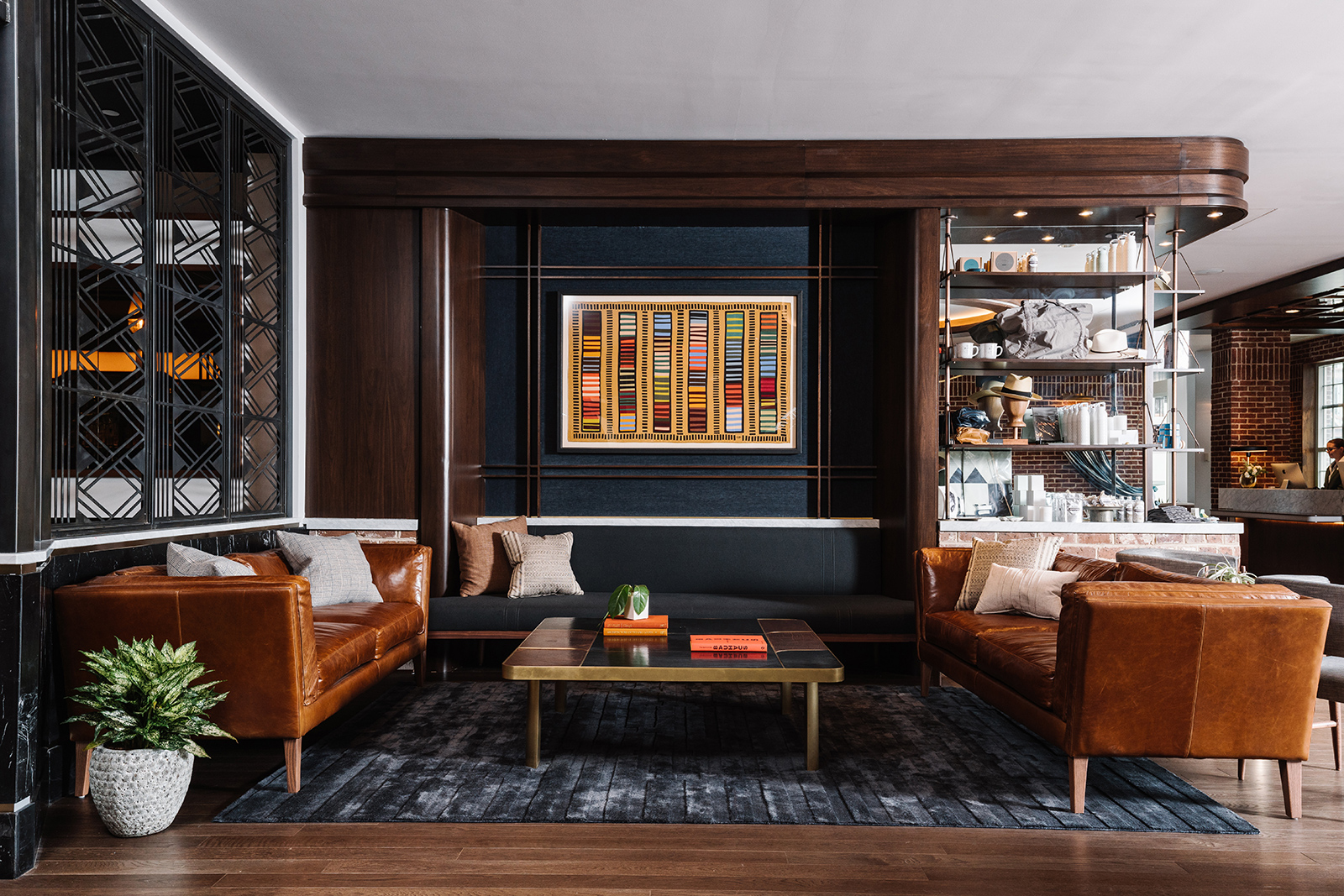 The Alida Savannah, a Tribute Portfolio Hotel, is a new addition to Savannah’s lively riverfront.

The Alida Savannah, a Tribute Portfolio Hotel is a new addition to Savannah’s lively riverfront. The hotel joined forces with the Savannah College of Art & Design to create a whimsical custom colour palette and pattern that has filled the guest rooms and common spaces with the soft hues of the south. Save some time during your visit to enjoy a cocktail at the lobby bar The Trade Room or dine onsite at Rhett. 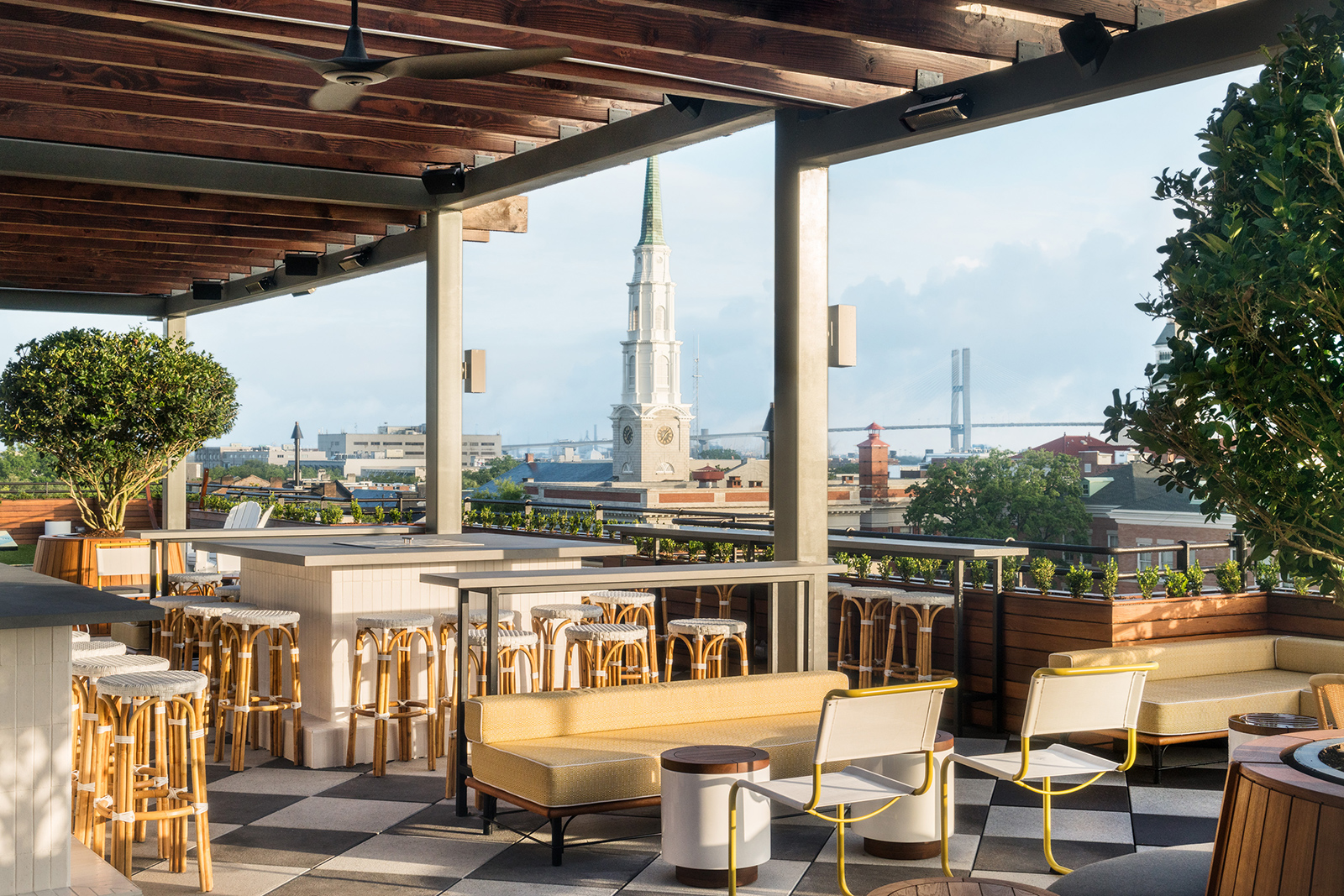 The Perry Lane Hotel’s rooftop bar, Peregrin, offers one of the best views in city of the sunset over Savannah River.

The Perry Lane Hotel offers a quiet escape for guests in Savannah’s downtown. The hotel draws its influence from the rich history of the city captivating guests with the attention to details and contemporary design found in the lounges adjacent to the lobby, to the colourful wallpaper found in the elevator to the intricately designed guest rooms. The hotel’s rooftop bar, Peregrin, offers one of the best views in city of the sunset over Savannah River.

A Luxurious Guide to Savannah