If you’ve ever been told that driving the Pacific Coast Highway in Southern California is fun, you were lied to. Unless you’re cruising way out to Big Sur, traffic on this otherwise exquisite piece of the West Coast is catastrophic. And this is where part of the drive event for the all-new, hotly anticipated 2021 Audi RS 6 Avant took place.

The launch event’s highlight occurred on the way back to the Surfrider Hotel, when I happened to spot the RS 6 Avant’s arch nemesis. Crawling about in traffic, I finally caught up to the 2019 Mercedes-AMG E 63 S wagon and I exchanged nods with the driver. With the windows down, I suggested we pull off the highway to chat about the cars and take a few photos. It so happened that my new friend was German and a consummate fan of Volkswagen Auto Group vehicles. He loved his AMG, as he explained it produced over 800 horsepower, but had he known the RS 6 was on the way… 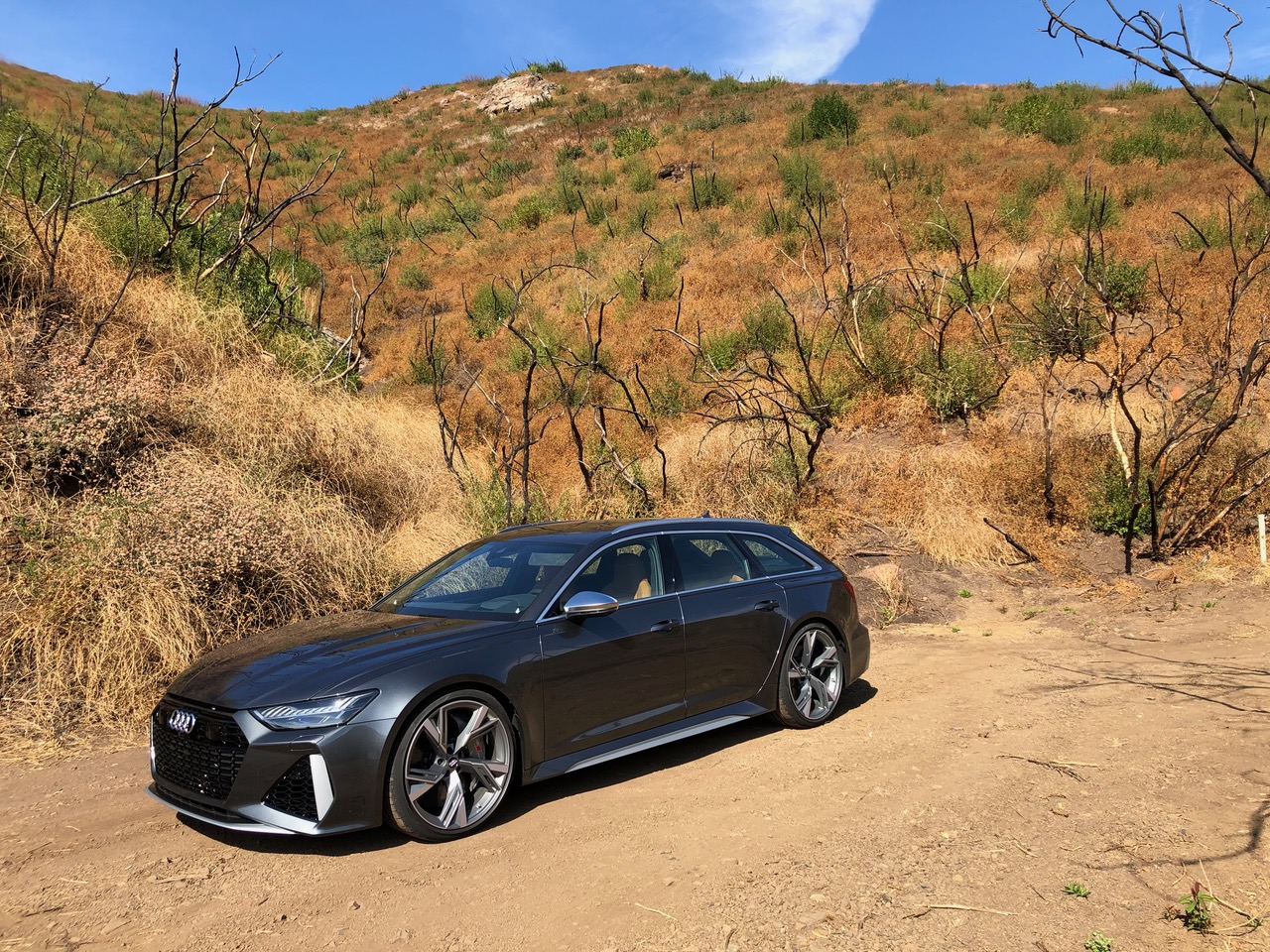 The twin-turbocharged 4.0-litre V8 and its massive 592-horsepower and 590 lb-ft of torque make light of inertia.

Portions of the drive, during which I got to experience the brilliance of the standard RS adaptive air suspension, did have us carving through segments of Old Topanga Canyon Road and Mulholland. The at times heavily intertwined switchbacks left the large RS 6 Avant (Audi-speak for station wagon) unfazed by the rapid course changes. The available dynamic all-wheel steering provided an extra layer of unflinching control, making this option an absolute must. Another option featured on the test cars was carbon-ceramic brakes. With fade-free and instantaneous stopping power, they come in handy when putting such a large and powerful car through its paces.

The 2021 Audi RS 6 Avant is not so much a fast car as a car that pulls the horizon towards you with relentless force. The twin-turbocharged 4.0-litre V8 and its massive 592-horsepower and 590 lb-ft of torque make light of inertia. The included eight-speed automatic transmission and quattro AWD system are so apt at deploying the power that, despite going from a standstill to 100 km/h in only 3.6 seconds, the event is drama-free. Sure, the back of your head will be firmly pressed against the headrest for 12 seconds should you attempt the 0 to 200 km/h launch but, once more, it just happens—it is expected. What possibly isn’t expected is that this car happens to be a five-seater wagon with a 565-litre boot. 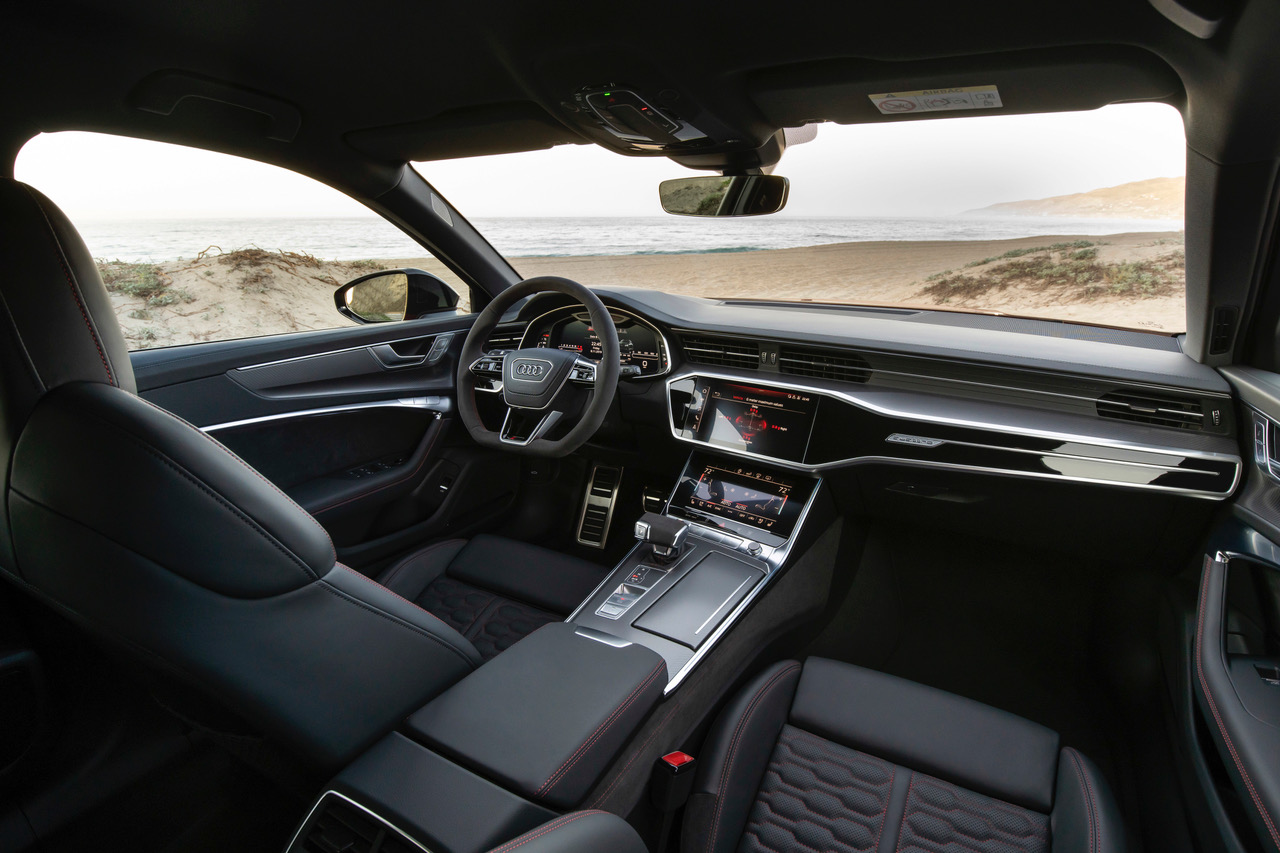 What possibly isn’t expected is that this car happens to be a five-seater wagon with a 565-litre boot.

Perhaps what is most fascinating about the coming of the 2021 Audi RS 6 Avant is the attention it is getting. North America long ago fell out of love with the station wagon and yet, here’s one that is being described as beautiful and sexy. The available oversized 22-inch, massively flared wheel arches (40 millimetres wider per side than on the basic Audi A6 Avant), gaping front honeycomb grille, and adjoining air intakes drew countless thumbs-up and looks of admiration on the highway.

I was amazed by all the love the RS 6 received from both young and old—this is after all a wagon and not an SUV, like the equally new RS Q8. After driving the RS 6 for a day and seeing the reactions from onlookers, it seems to me that North America might be ready for the return of the station wagon. Granted, the RS 6’s speculated $130,000 starting price doesn’t put it in the same league as your parents’ ’80s American land yacht or your neighbours’ late-model Volkswagen Golf Sportwagen.

The 2021 Audi RS 6 Avant is still months away from show room floors, but it has already garnered a cult-like following. Somehow, the combination of nearly 600 horsepower in a wagon body is getting buyers and enthusiasts to pull out their chequebooks. My new  friend is certainly considering it.