During the pandemic, people have been relying more and more on digital culture. To meet the needs for connection or some sense of normalcy, the format of digital culture has accommodated the desire for real-life situations by trying to emulate them. Once relegated to the realms of fandom and politics, these “parasocial” situations make people feel as though they are taking part and are perhaps one reason podcasts have become so popular: the intimacy makes people feel as though they are in the room chatting about things, sometimes banal things, that might not have previously passed for “entertainment.”

In the realm of music, Zag Erlat is doing something similar. His YouTube show My Analog Journal features Erlat, a Turkish national, spinning records in his London apartment with its millennial aesthetic of light woods and lots of plants. The camera switches between above and behind the turntables, showing Erlat come and go, changing the records, drinking espresso, taking a break. The rhythms of his movements become somewhat relaxing as the records spin on and on. Sometimes he does a little dance, and the viewer feels as if they are there, listening to records and relaxing as well. And the music choices are phenomenal.

Erlat, who works as a music producer and just started seriously collecting records in 2017, says when he first launched the YouTube channel, he didn’t have any expectations (it now has over 400,000 subscribers.) 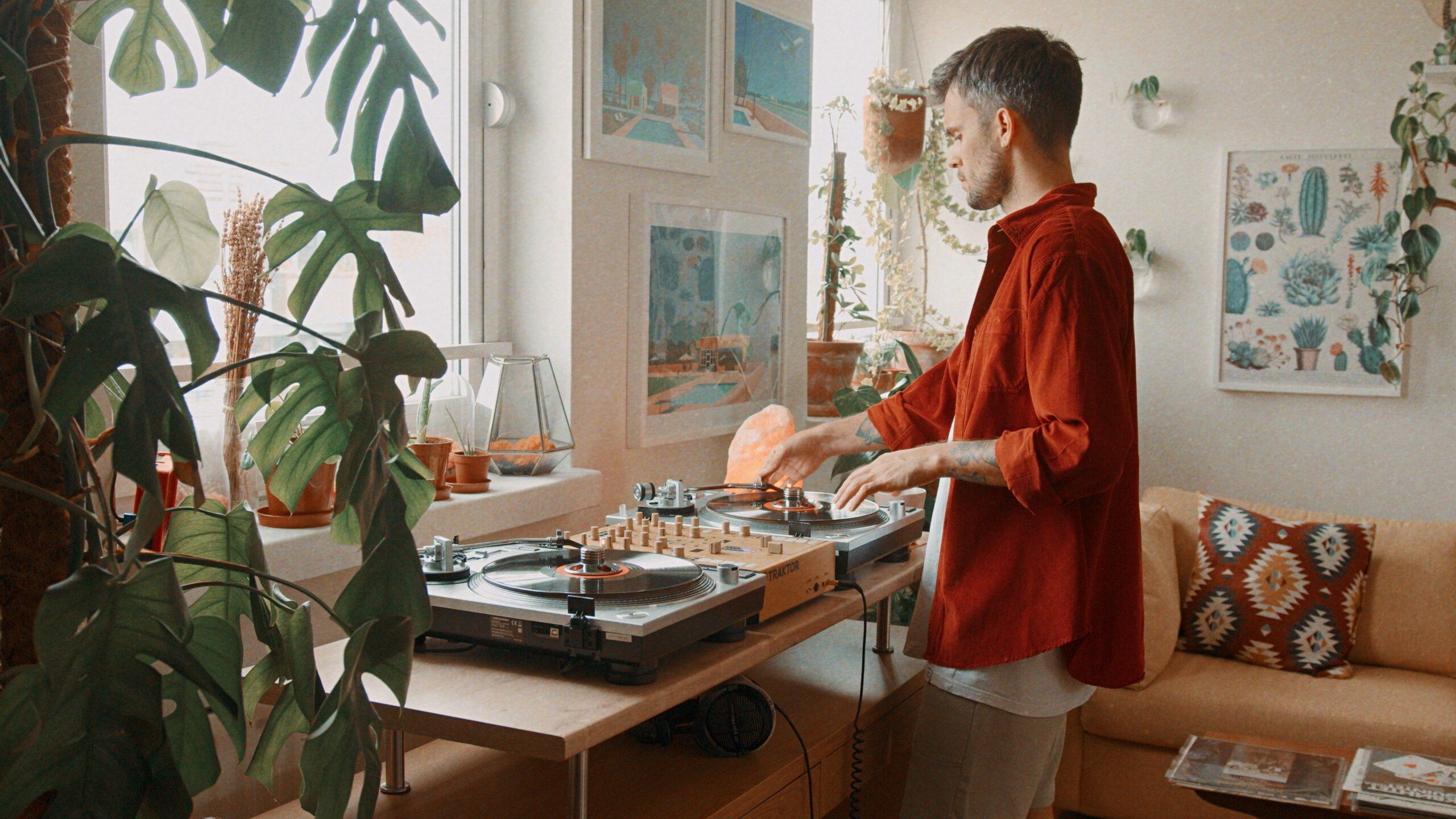 “As a Turkish person, I just felt the lack of content when it comes to Turkish/Anatolian funk music from the ’70s. That made me record a vinyl set with Turkish seven-inch records that I had. I shot the episode with a single camera focusing on the turntables, as opposed to the boiler room setup where you only see the DJ,” he says. Erlat then forgot he made the video at all. But then the notifications started coming in. Shocked by the response, he realized he needed to get more records and started collecting in earnest, focusing on obscure music from the ’70s, which he says has a “organic, sincere, and raw feeling.” From Turkish music, he branched out to other regions like Portugal and Russia.

“I think the idea of collecting records from other countries came from people commenting on my Turkish vinyl set videos saying, ‘I don’t understand a single word, but I’m just loving it.’ That was actually interesting. Because it was true, and I could relate to it when I listen to Brazilian music or Japanese city pop music,” says Erlat, who has realized the potential for making international connections by showcasing oft-forgot music. “All the people from different parts of the world come together, enjoy, and celebrate the music regardless of the language or background,” Erlat observes.

“Listening to music in vinyl format allows you to have a different connection with the artist and their art,” he explains, eschewing the hipster mantras of vinyl’s superior sound. “I just love the experience of it. I love the whole journey that starts from looking for the records, discovering more records along the way, unboxing the records when they arrive, cleaning them when they are second hand, categorizing them, getting prepared for a YouTube episode, and after I share the episode, the joy of reading all the positive comments and sharing the good music with others.” 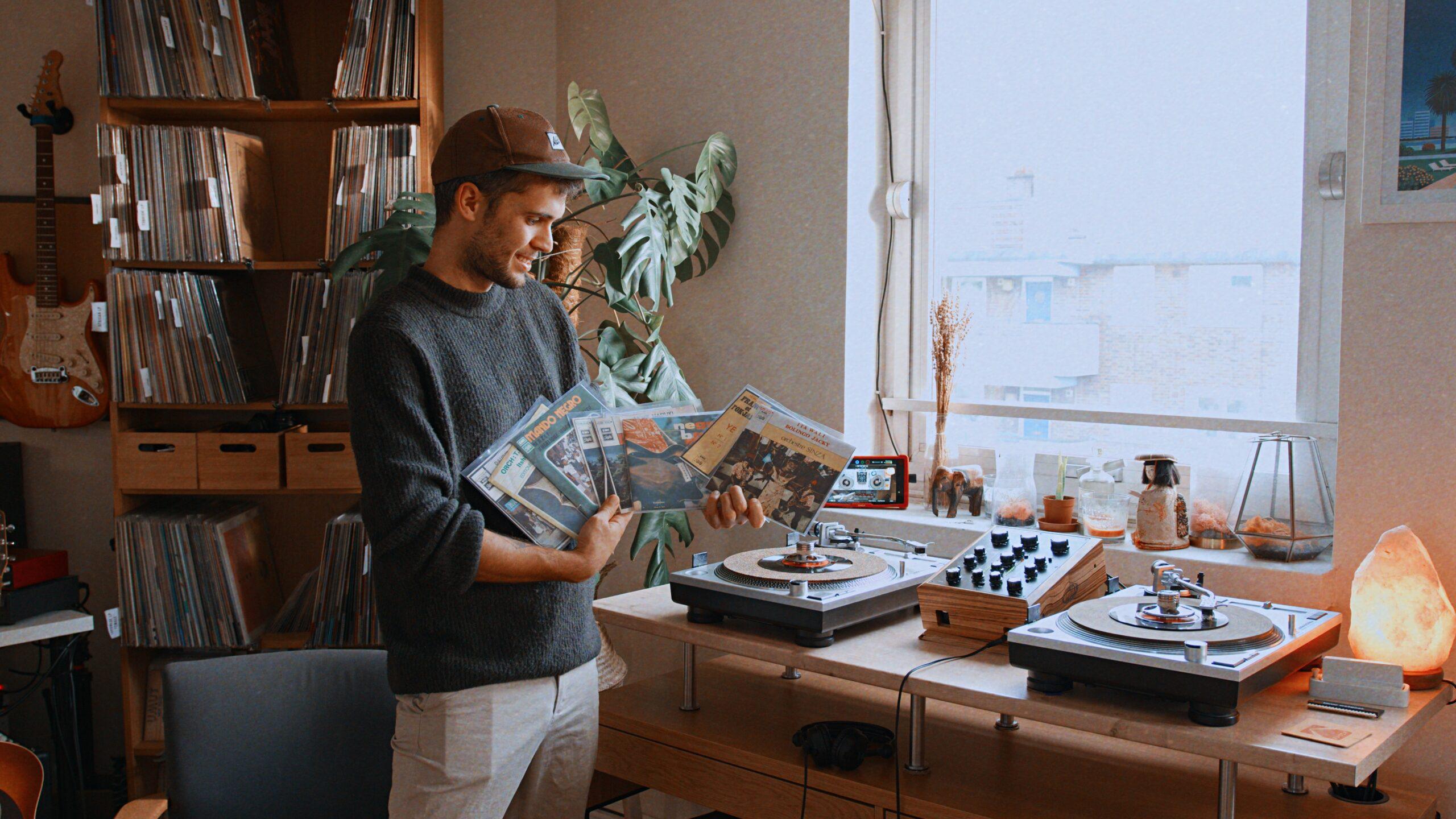 Helping people discover new music and culture internationally or reconnect with music from the past is profoundly cathartic; watching the show, whether actively or while you work or sit with friends, is just plain fun. Now Erlat hosts other DJs from around the world on his channel who share his passion for vinyl and groovy beats. He guides them in getting the filming down, and the result is a network of DJs all reviving dusty gems for a new generation.

“Because the joy of coming together for good music is just priceless,” he says.

Elvis Costello and the Roots