Behind the scenes: Drew Doggett waits for his opportunity to capture an eternal scene.

Off the foggy coast of Nova Scotia lies one of the most enigmatic places on Earth. Often referred to as the Graveyard of the Atlantic with 350 confirmed shipwrecks, Sable Island is steeped in allure and legend. A colony of around 500 resilient wild horses make up the sole full-time inhabitants. Unscathed by humans, the island’s beauty is epitomized by the freedom of these horses. Only a handful of Parks Canada staff working in three-month rotations are allowed to reside on the 42-kilometre stretch of sand. 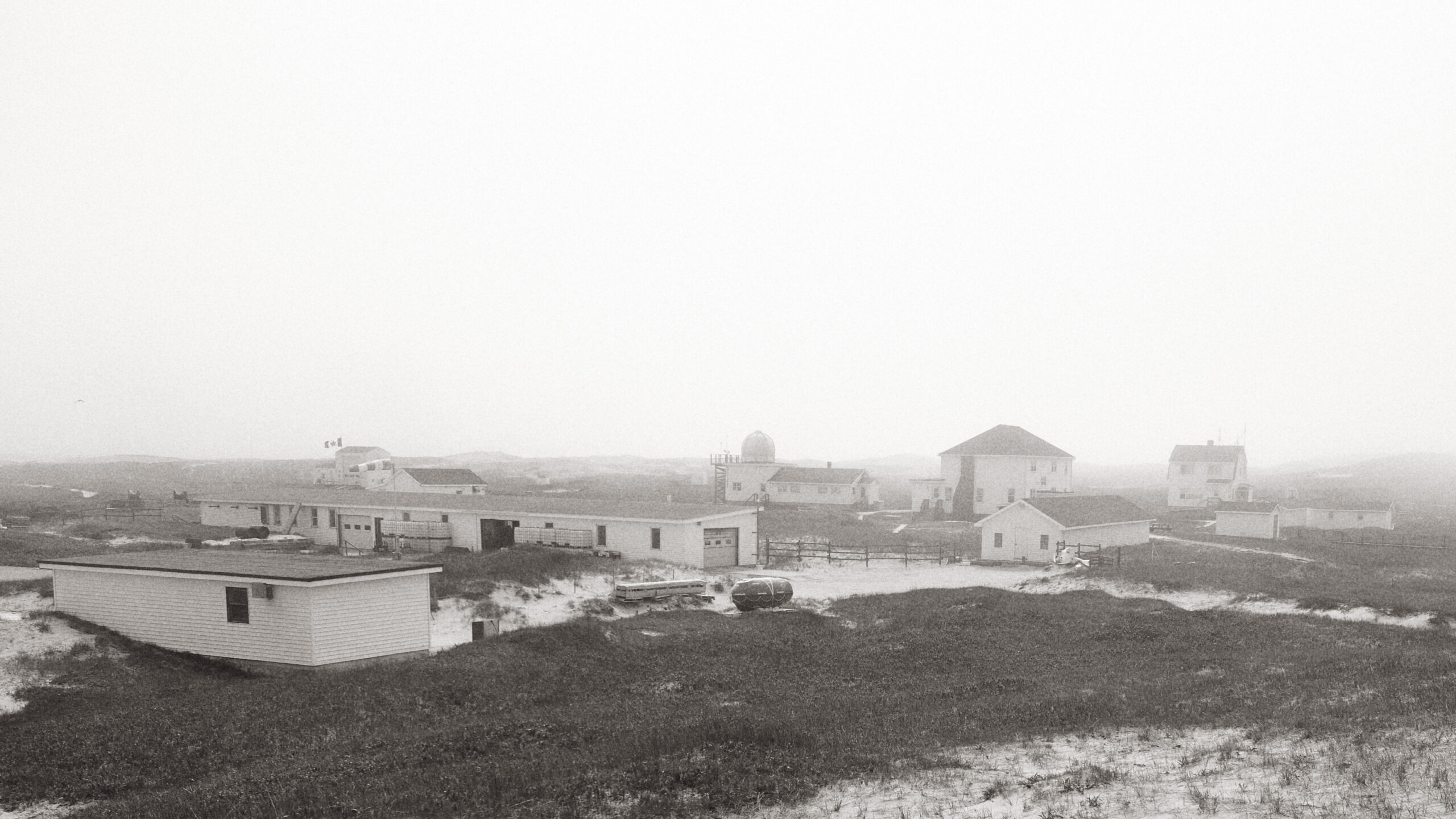 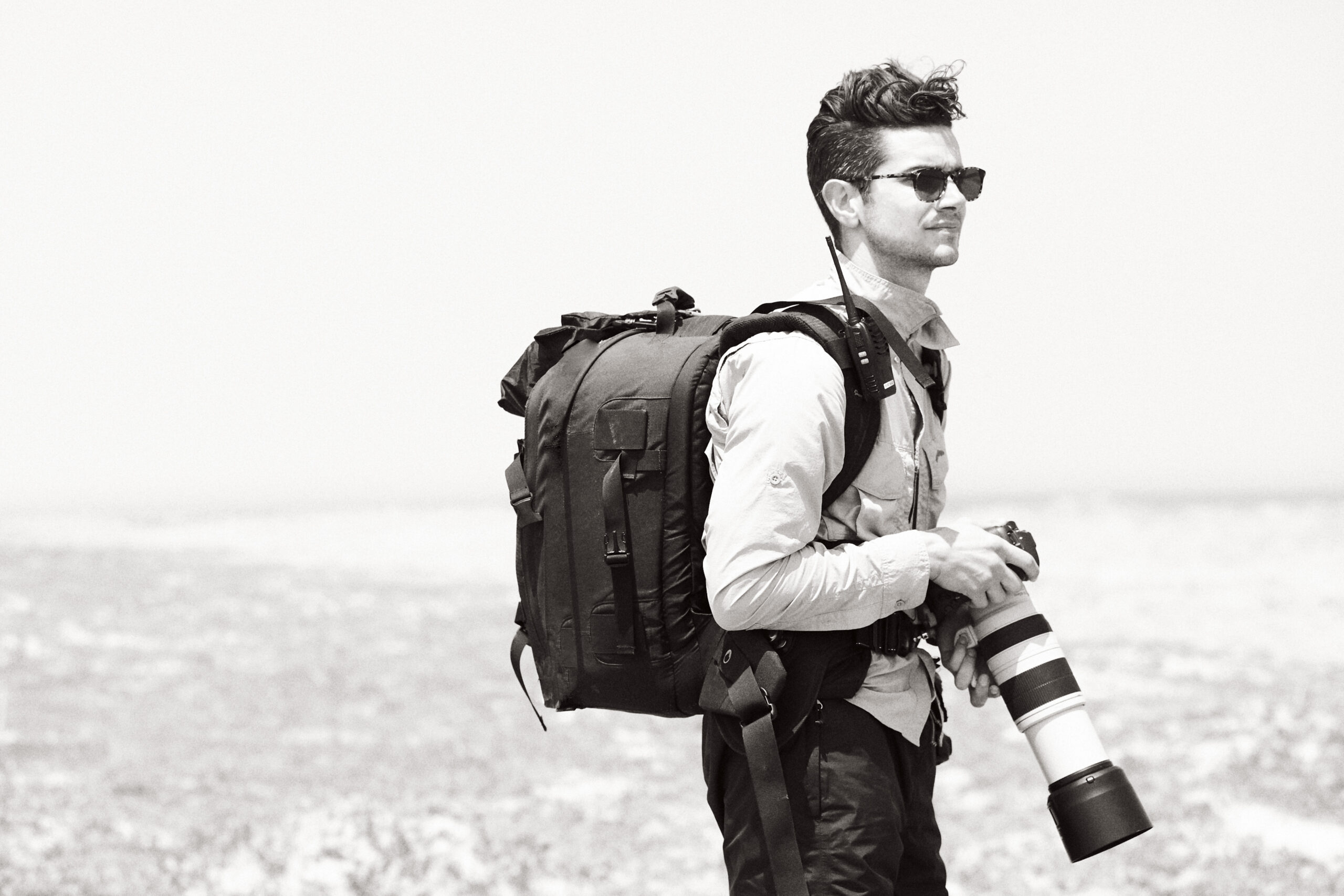 After nine years of travelling to the island, award-winning fine art photographer Drew Doggett has released his much-anticipated book Wild: The Legendary Horses of Sable Island. With a foreword by Dr. Jane Goodall, the book captures Doggett’s tireless journey to assemble land and air imagery of the place.

The island is notoriously difficult to travel to because of frequent fog. It can take days, sometimes weeks, to be able to travel—or to leave. Once there, walking the island is no small feat. Some days, Doggett was unable to see what was in front of him. He would wake up at dawn to catch a glimpse of the magnificent creatures, and one day came one of his most memorable moments. 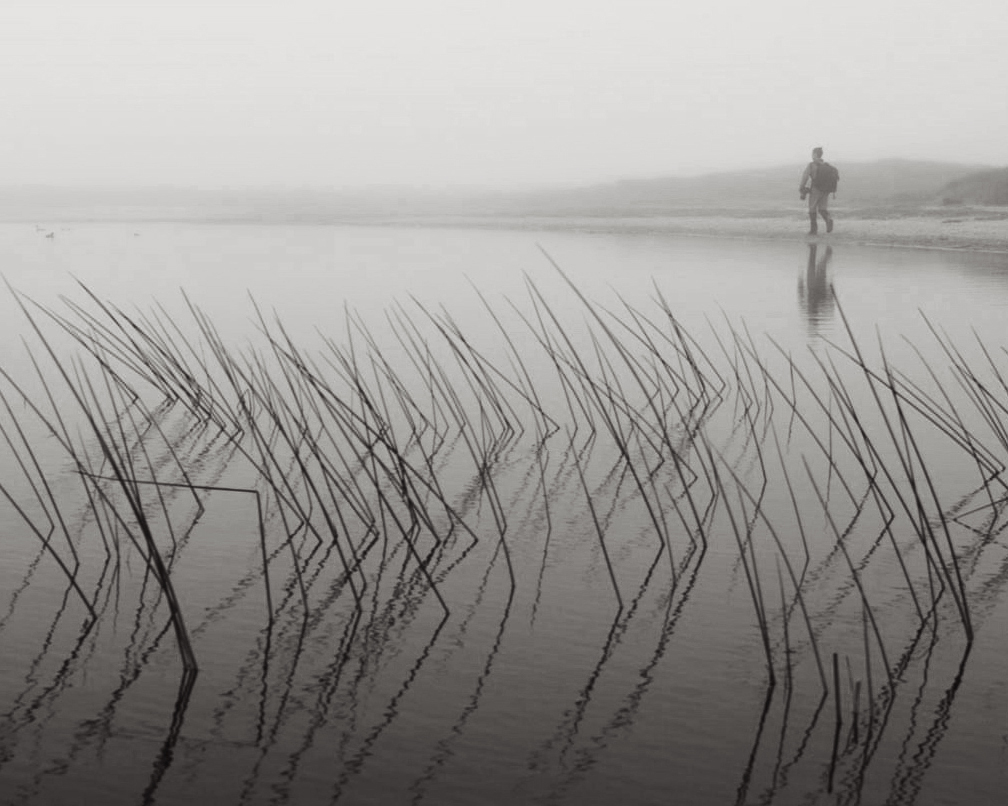 Waiting for hours is sometimes part of the job. 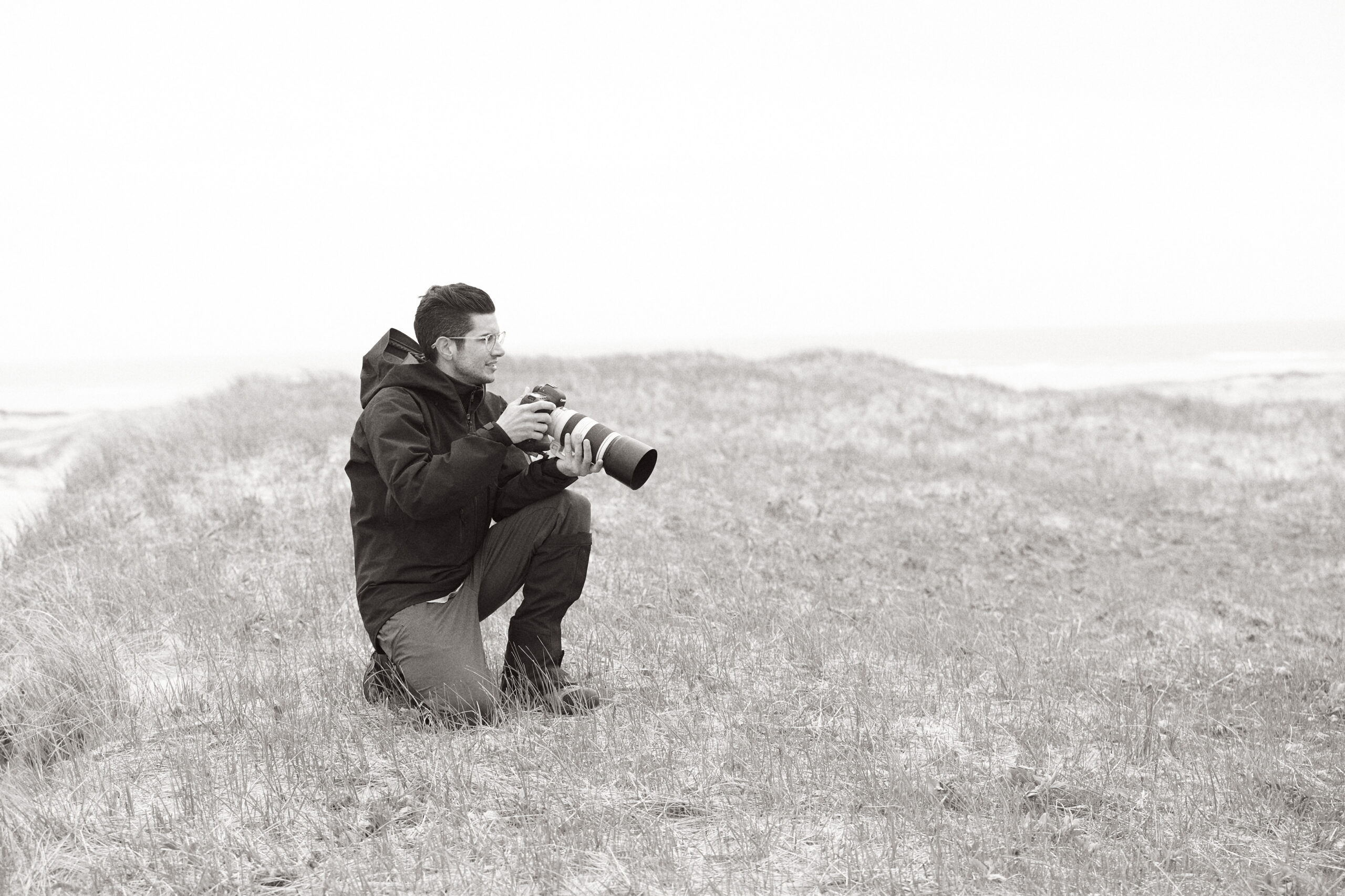 “I walked for hours and couldn’t find a single thing much less see very far in front of me. And so I sat down to have a drink of water and some food and kind of regain my composure, when in the distance I heard this rattling and rumbling of hooves. It slowly started getting louder and louder, but I couldn’t see a thing. I didn’t know which direction it was coming from—the fog is very disorienting, so you’re not sure what’s going on. And as the sound of the hooves just started building louder and louder, out of the distance right in front of me was four bachelors that were just being chased by this beautiful stallion that was running full tilt chasing them away from his family,” Doggett recalls. 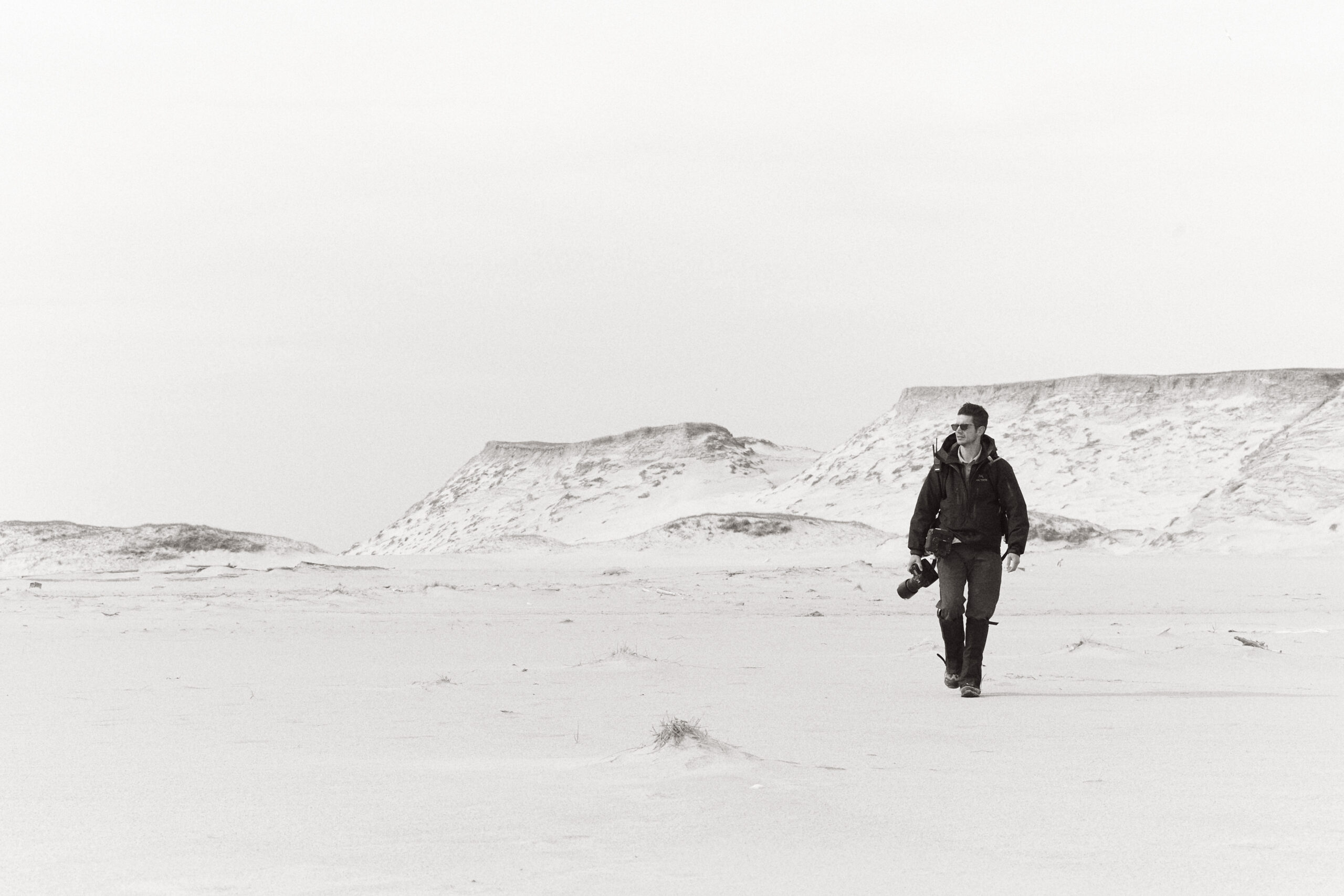 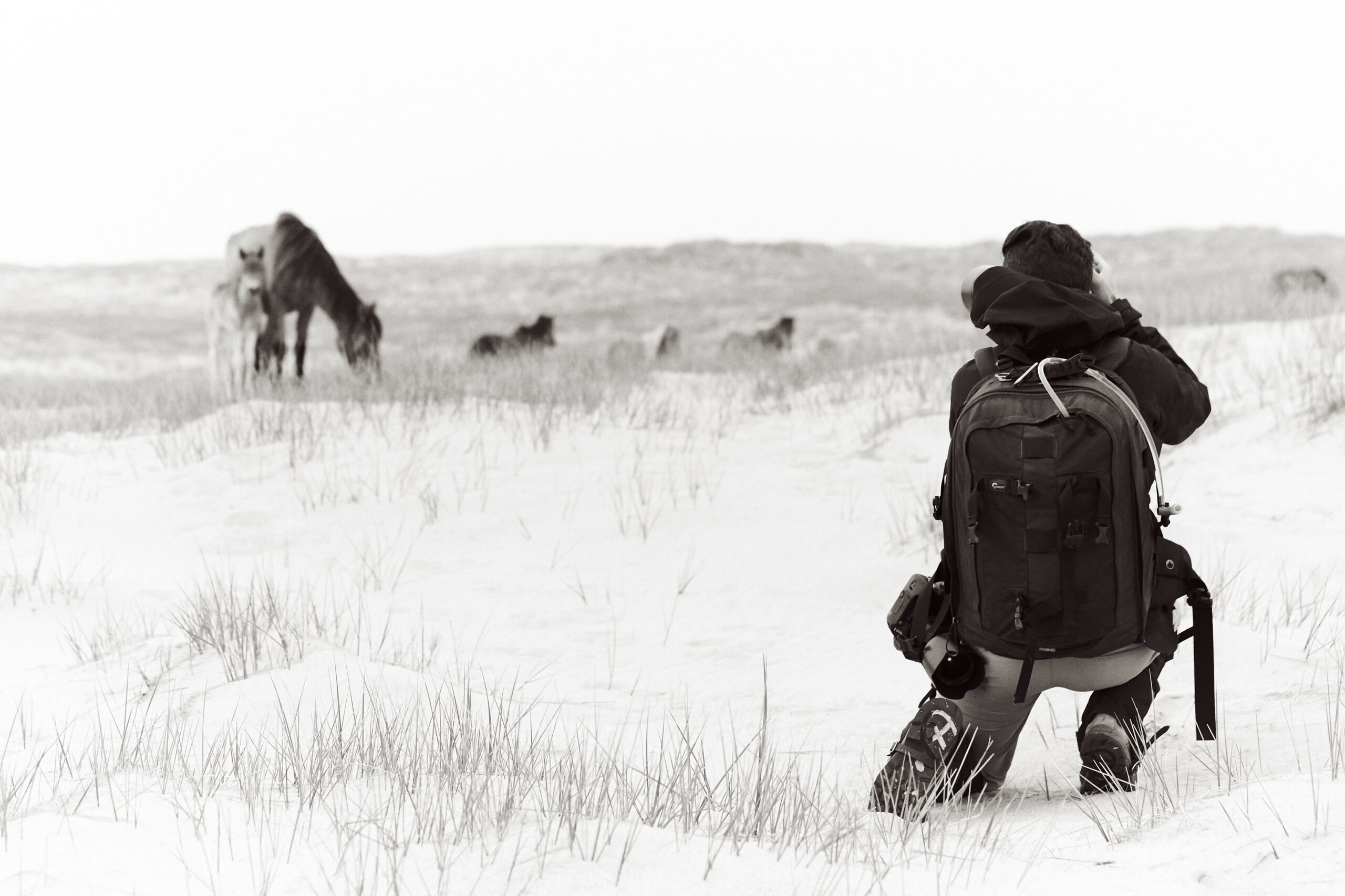 The long treks have impacted Doggett both personally and professionally. “One of the things that photographing the horses on Sable Island has taught me about photography and my artistic practice is patience, really, because as a wildlife photographer, it’s my responsibility to really be there and observe these animals and document them in their natural habitat without interfering with their with their natural behaviors,” he says. Doggett began this journey with this patient mentality. “I had the short list in my head. Creating images that you hope can stand the test of time, and will be iconic images, is something that takes time. And so patience when working with wild animals in a respectful way that documents their wild spirit but is also true to their relationship with the island,” Doggett says. 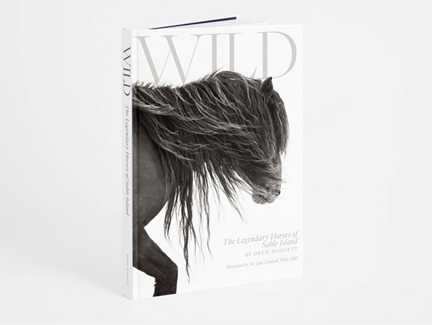 In Wild: The Legendary Horses of Sable Island, every image tells a story, and every turn of the page is an opportunity to discover a facet of the island’s elusive beauty.

You can find it here.

Through the Lens: On Wildlife Photography with David Yarrow

A Weekend in Halifax

Sable Island Through the Lens of Drew Doggett