Marjane Satrapi has a deft hand at blending serious feminist topics with humour. She cuts through polite convention with a razor-sharp honesty that is disarming and refreshing. She showed the world her penchant for veracity with the groundbreaking semi-autobiographical graphic novel Persepolis that tackled teenage girlhood, adolescent rebellion, and punk during the unrest in Iran in the 1970s and ’80s. Persepolis took the world by storm and cemented itself as required reading in high-school English classes indefinitely, and ever since, her candour has extended beyond her first work to each subsequent project.

“From the first book that I made, I had all the prizes and all the awards that you could imagine, and at one point I had the feeling that I really knew how to do it,” she says of being an author. “So it was not challenging for me any more. I need challenges. I need to be scared. I need to learn. I need to advance.”

When Satrapi was approached to adapt Persepolis for film, she discovered it was the challenge she needed. She loved working with other people and the unpredictability of creating media collaboratively. “It’s something that you don’t control,” she shares. “At the end you have something in front of you that is sometimes very far away from your original thoughts.”

It is the surprise of stepping back and reviewing the final product that has propelled Satrapi through 15 years and six films in the industry.

“Half the population of the world is women … but half of the stories aren’t,” she says, “and when it is about women, they’re always related to someone. They are normally somebody’s lover, then they become the wife, and then the cheated wife, and then the divorced woman, and they end up being someone’s granny baking cookies—they’re always related to someone.” 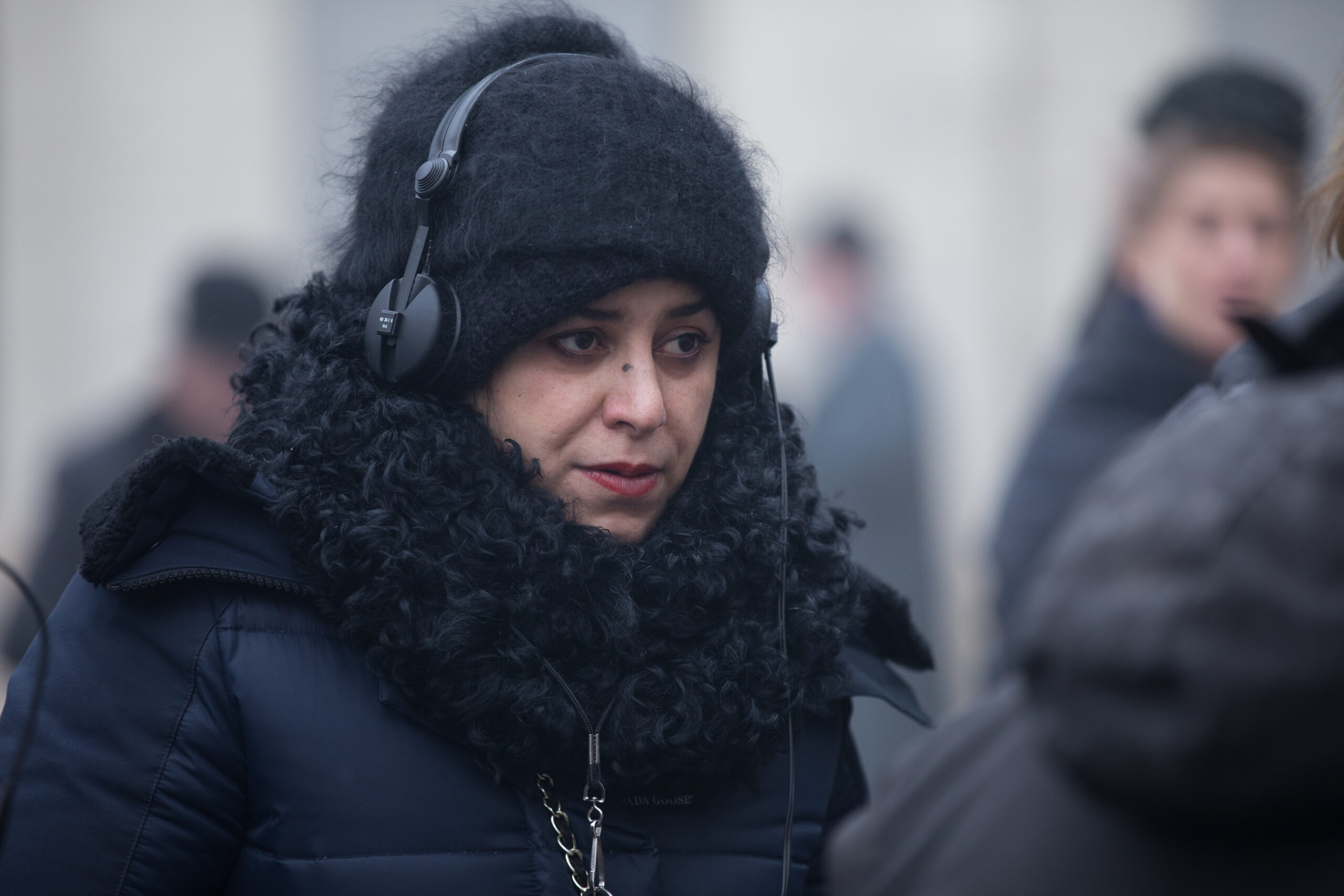 Her cynicism of women’s treatment on film is never more apparent than it is with her latest work, Radioactive, which premiered at TIFF last year. The Marie Curie biopic, starring Rosamund Pike, takes a brutal view of a genius woman. It’s a treatment that doesn’t necessarily sit well with many people.

Satrapi defends her approach, saying, “I don’t like normal biopics because it’s always, you know, to say, ‘Oh, this person is so dah-dah-dah.’ I had to portray this woman who was not a hero [or] sensational, she was a proper human being with her up- and downsides.”

Although the film includes Pierre Curie and the couple’s love story, Satrapi believes that Marie Curie was a “whole complete person for herself” first, so she created the film with that in mind. She also includes elements unexplored in many biopics. Where Satrapi feels most films gloss over science in favour of drama or fictionalization, she emphasizes science and its consequences. “It [is] a film about science,” she declares. “At the same time, I also talk about the future, what happened with what she discovered. In biopics you’ll never see that; they never talk about what happened next.” Overall, it was this treatment of Marie Curie’s story that drew Satrapi to the project. “If ever I was going to make one of these films in my life, it would be this one. Because it is a biopic without being one.”

The film had a fair amount of backlash following its release with people taking issue with either Satrapi’s approach to the biopic convention or the woman herself. “Many people told me, ‘You know she’s unpleasant,’” she muses, “which is very bizarre because in my mind, if he’s a genius, we don’t ask him to apologize. He is man, he has a right to be completely hard, he has a right not to have to be nice and act any way he wants. But women always have to be sweet and kind.” Her response was to say, “So if she was a man, would you ask the same question? Why isn’t he nice or kind? No, she’s a genius so she doesn’t have the time to think, she has something else to do.” 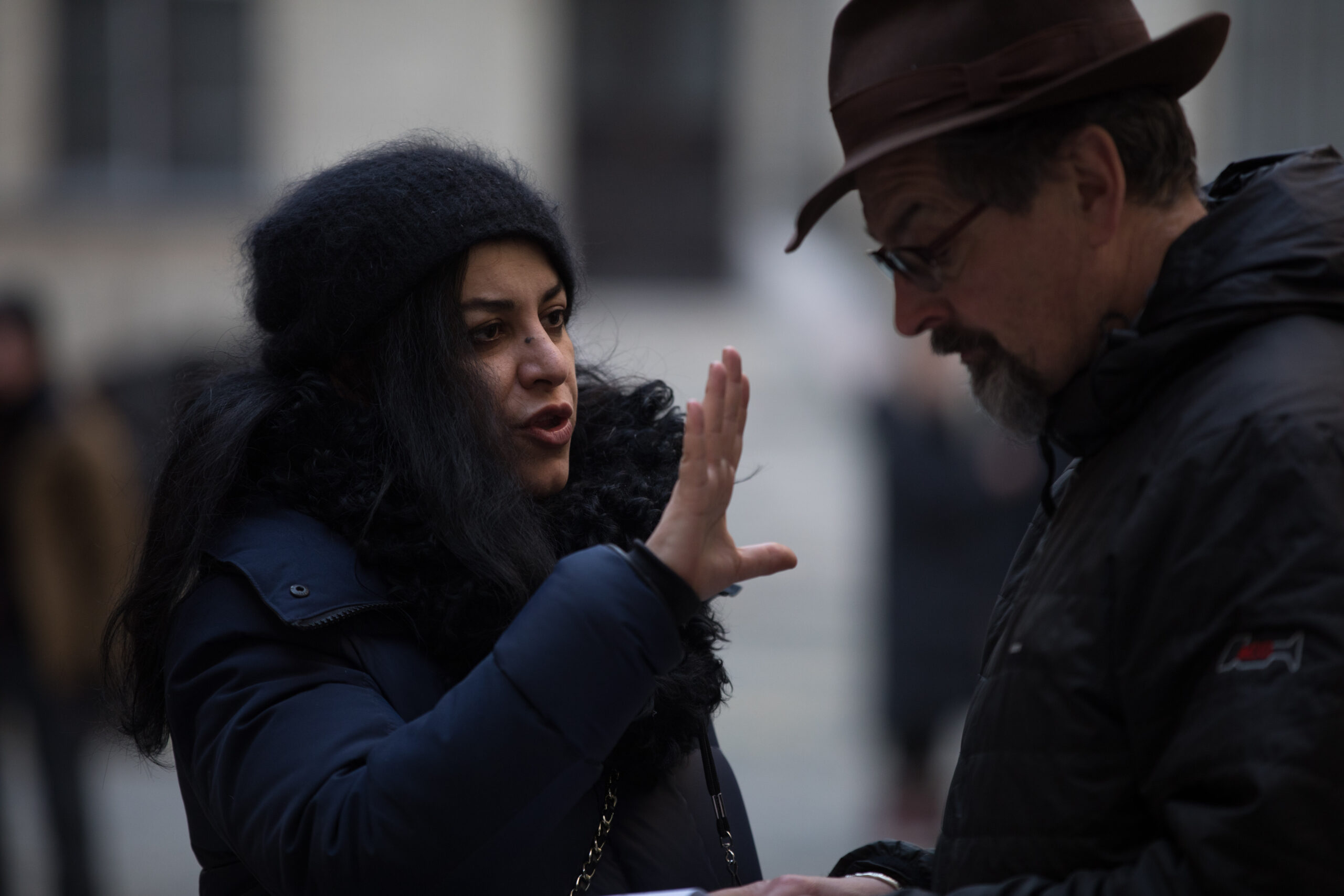 Satrapi’s hope is that Curie’s imperfect character is relatable. She thinks all humans are imperfect and therein lies their appeal. “I like the human being because I think anything that makes the glory of someone is at the same time their weak point,” she says, comparing perfection to Superman—adding, “Superman is extremely boring.”

Over the course of her career, Satrapi has stopped trying to please people. “It’s a lost cause,” she states. “I never wanted to be a cultural prostitute.” Instead, she has decided it is better to have people hate her for the right reason than love her for the wrong one. She admits it’s not always easy living so truthfully and out loud—people tend to take it harshly—but long-term it has served her very well.

People’s fascination with her spills over into her work. Her indie films The Voices, The Gang of the Jotas, Chicken With Plums, and The French Kissers balance her humour and brutality in ways that may or may not sit well with people.

She still gets told regularly how refreshing her perspective is. “If you believe in what you’re doing and then make it without cynicism—if you really put all your sensation, all your belief in it—people, they receive it in this way. They might like it, they might not like it, but the sincerity is strapped in no matter what you do … people feel it—it’s instinctive.” Love her or hate her, she doesn’t really care so long as it’s truthful.