The residents of Prince Edward Island are no strangers to ghost stories. The small Atlantic province, with its rocky shores and unpredictable waters, is perfectly positioned for tales of phantom ships, sea monsters, buried treasure, and haunted lighthouses. The folklore spreads through the community and endures generation after generation until they’re no longer just stories, they’re a legacy.

There is something about pastoral communities, especially islands—a melancholic streak that breeds storytelling. The stories can be peaceful and Arcadian, like Anne of Green Gables, or supernatural and eerie. The histories of coastal towns are full of amazing urban legends and superstition that meld together with fact to become accepted truth, as real as any other part of life: Charlie haunts the Mack theatre in Charlottetown; Willie haunts the West Point Lighthouse in O’Leary; no one crosses the Kellow’s Hollow bridge in Cornwall under a full moon.

There are so many yarns woven through PEI’s urban legend tapestry that it’s hard to distinguish the best one. However, regardless if you believe it to be the best, the lore of the flaming ship is certainly a favourite.

Since 1786 people have been reporting sightings of a schooner on Northumberland Strait with its three or four (no one can agree on how many) masts ablaze. It has made appearances in novels, newspapers, travel books, songs, even academic journals and on a stamp by Canada Post as part of a series dedicated to famous Canadian ghost stories. 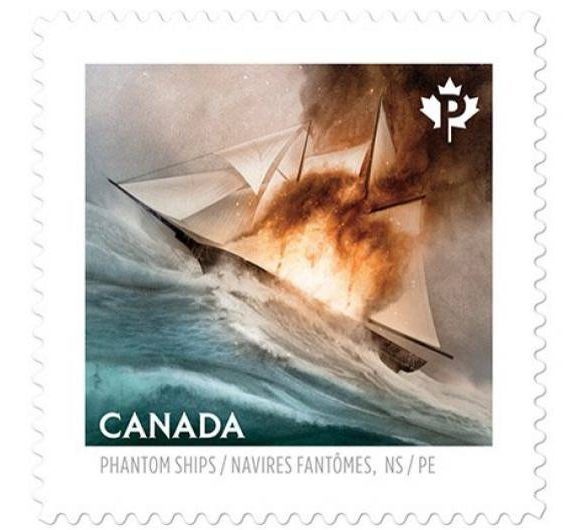 Perhaps the best-known narrative is from 1900 when a group of sailors in Charlottetown saw a ship on the horizon with white sails and crew members climbing up the masts as they tried to escape the growing flames. The sailors jumped into a rowboat and oared out as quickly as they could to rescue the ship’s crew, but as they neared, the boat vanished.

Residents of Glengarry have similar stories. In the 1950s a man and his wife were preparing for bed when the wife pointed out the window and asked her husband whose house was the one with the light on. There were no houses in the direction she was pointing, only water. When the two went out to investigate, they saw a fully rigged ship sailing down Northumberland Strait at full tilt and completely engulfed in flames. They watched until it disappeared from view. Or at least that’s what they told Edward D. Ives, an American folklorist from Maine University. Ives was visiting PEI for a separate project when he heard about the ship and began gathering accounts from locals all along the Lot 7 shore of the island. A fisherman from Campbellton told Ives that he saw the ship when he was out fishing one night, and though he had tried to approach the boat, it never got any closer.

For unknown reasons, there is very little discussion as to where the boat comes from or why it continues to appear. People seem more fixated on seeing it than questioning what its unfinished business in the waters may be. The legend says the ship is blown in on a northeastern wind and is an omen that a storm is coming, but there is very little written and absolutely no consensus over the story that started it all. 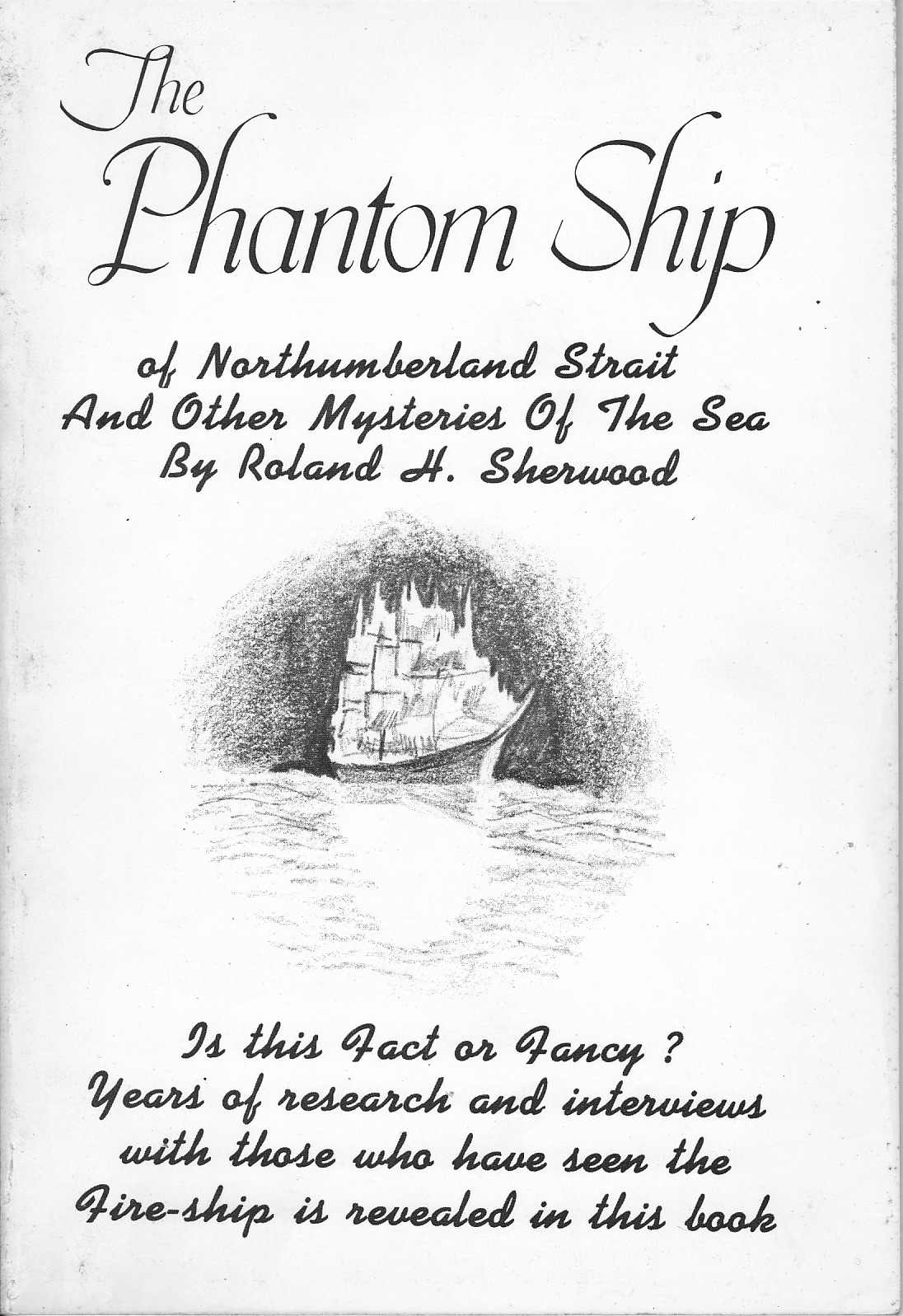 Roland H. Sherwood, one of the first people to put the legend to paper in his 1948 book Story Parade offers some whisperings he heard about the ship’s origin: It was a pleasure craft that caught fire after a lamp was upturned during a drunken brawl; it was an immigrant ship bound for Quebec that was blown off course and struck by lightning; it is the remains of a ship that went missing after it left port, either Scotland or Shippagan Island, depending on what version you hear.

One of Ives’ informants offered a theory that pirates set fire to a religious boat carrying nuns and priests. But he prefers to connect the dots between real-life ships and mutinies that happened along the coast, and other fire-ship sightings.

People still report seeing the flaming vessel. In 2008 a Nova Scotian paper published the account of a teenage boy who saw a white-and-gold ship in Tatamagouche. The Northumberland Strait separates PEI from Nova Scotia and New Brunswick, and each province has its own account of the burning boat. There is also debate over whether there were crew members running around on the deck, and sightings differ on the number of masts, the kind of rigging, and the type of ship. One account even suggested it was a steamer, but one has to wonder if that’s another ghost ship all together. After all, the coastline of Canada is littered with them.

The story continues to a be a point of fascination despite having been “disproven” many years ago. In 1905 William Francis Ganong chalked the fire ship up to the natural phenomenon St. Elmo’s Fire, a glow that occurs from atmospheric electricity. But that still wouldn’t explain the ship disappearing. Like the legend itself, there is no universally accepted explanation for what people saw. Some people think it’s the crescent moon setting on the horizon, or a mirage.

But does it really matter? Ghost ships are now a part of the Maritimes’ history. It’s fun to believe.

The Philosophy of Meme Culture