The current pandemic has incited a common type of contemplation that leaves questions and confusion about the state of the world. While there is clearly a reach toward normalcy as the pandemic persists, creators have become the storytellers of a changed world by visually (and emotionally) capturing the struggle.

One such creator is Barcelona-based artist Ingrid Emaga, who has found her voice through film photography with her impactful imagery and daring self-portraits that cause viewers to stop mid-scroll.

“I started studying with analog cameras, and no matter how much technology has advanced, I stay with them,” she explains. “They entertain me; they intrigue me.”

Emaga describes herself as a vegan, feminist, and antiracist in equal parts. Preferring to take her own photo rather than be the subject of another’s lens, Emaga has embodied a feminist approach to her art while recognizing underrepresented groups. As an Afro Spanish woman, she has expressed her dual heritage through unapologetic photography. 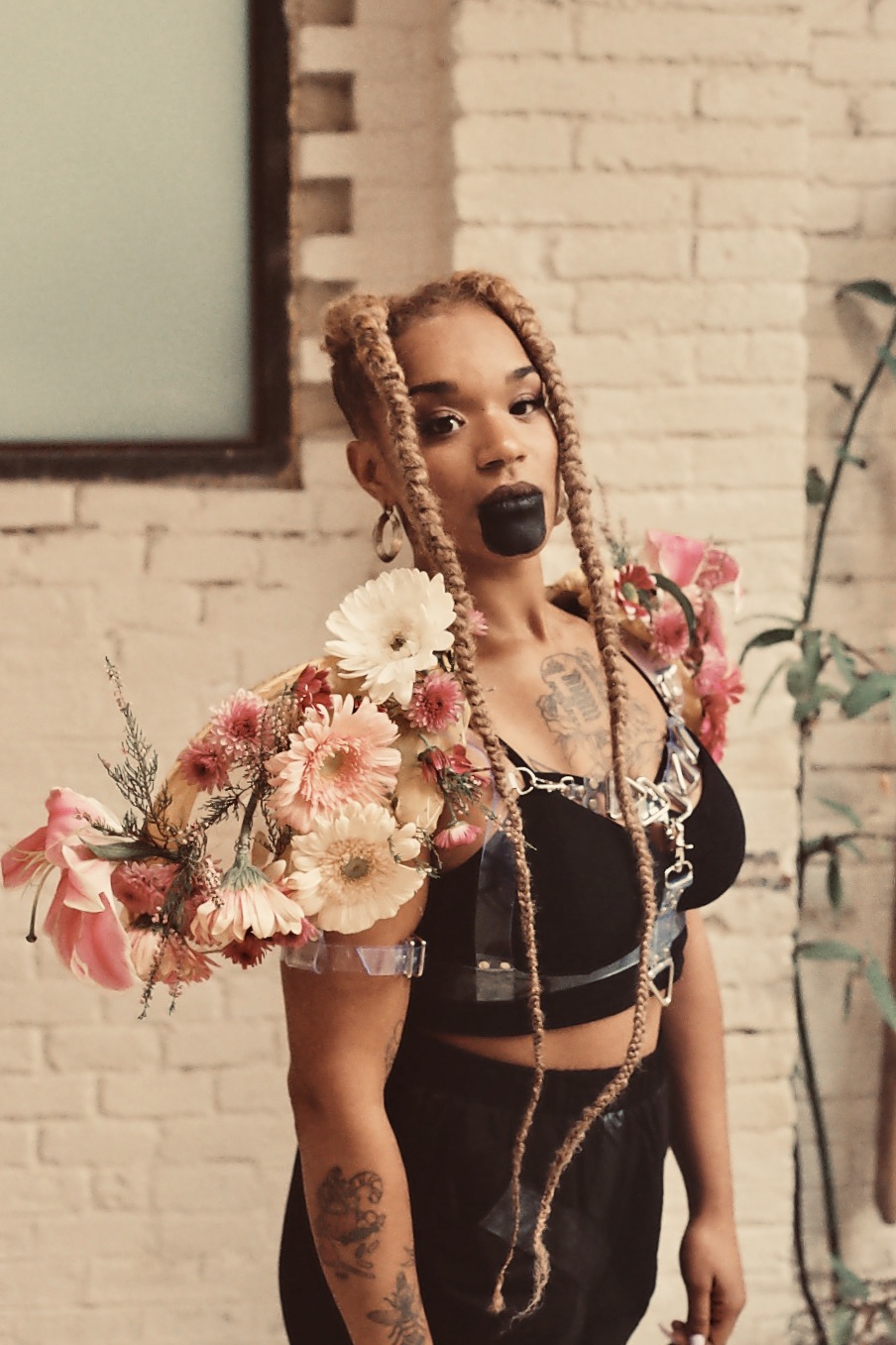 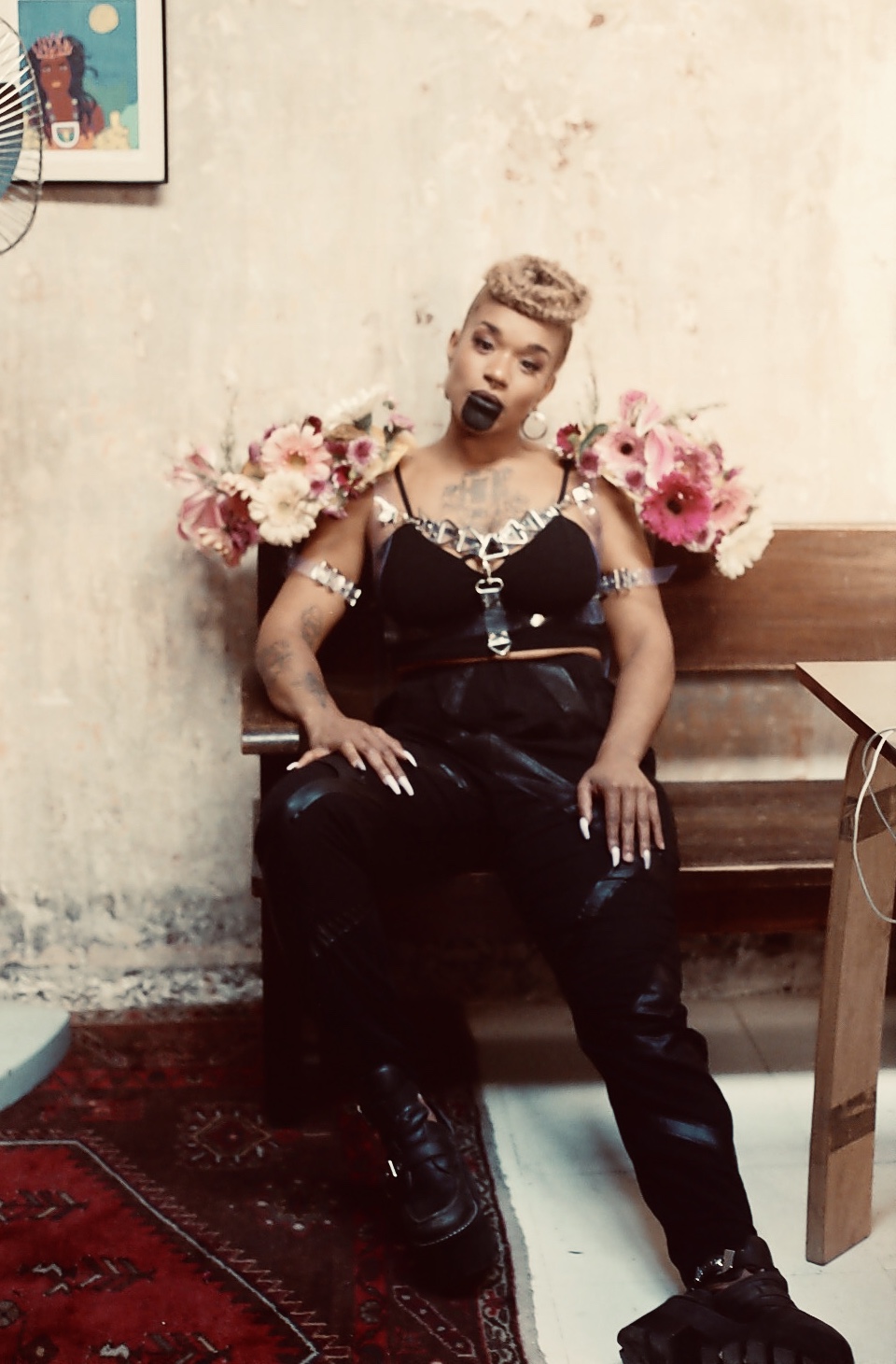 From Barcelona and with parents from Equatorial Guinea, Emaga has often drawn inspiration from the Fang people, the latter country’s Bantu-speaking ethnic group from Central Africa, including their culture, music, and lifestyle.

“My inspiration or my way of creating comes from a merger, both Africa and Europe,” Emaga says. “Personal identity is something very specific to each one of us and has a lot to do with our lived experiences. When I take a self-portrait, it usually happens in an organic way.” 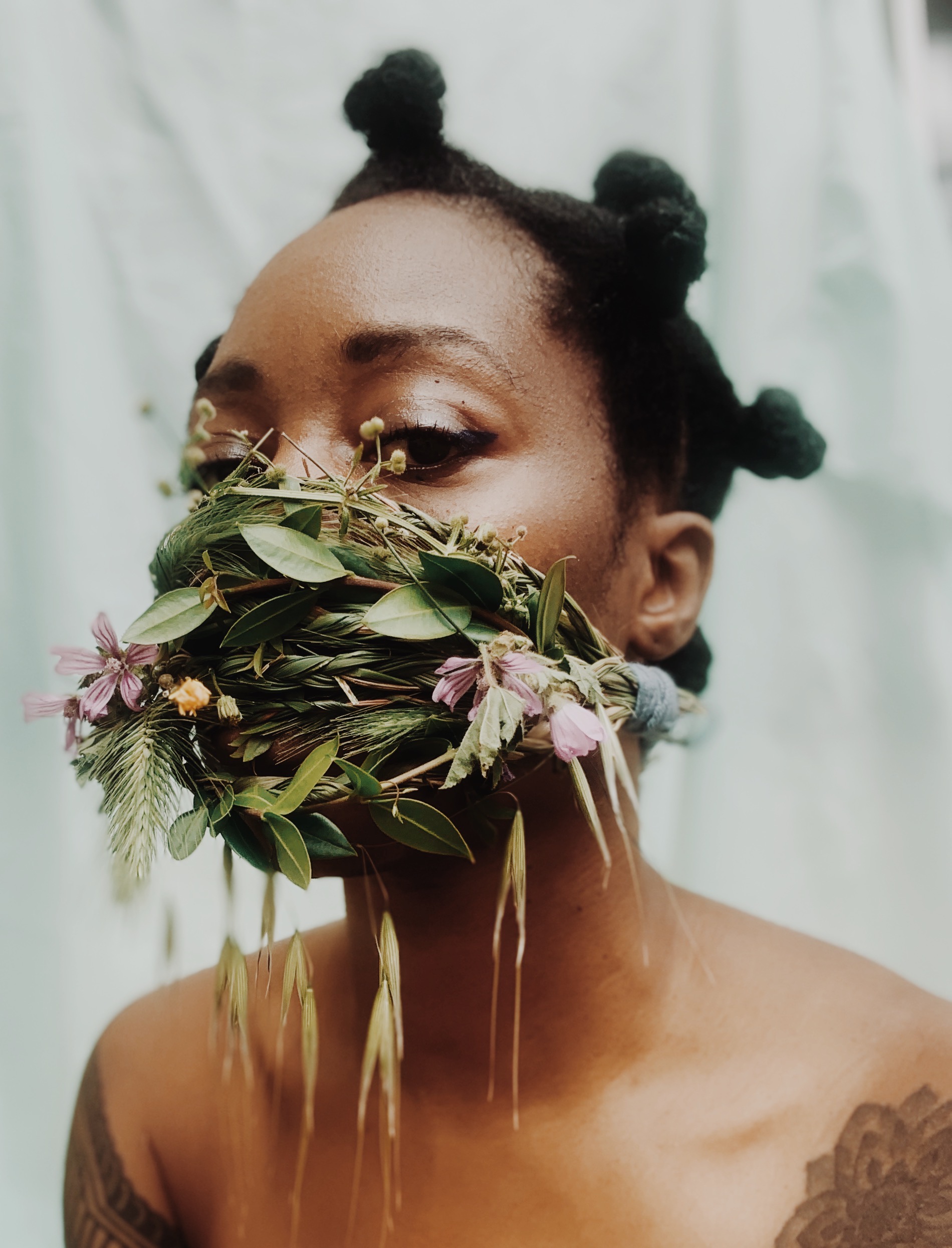 Her self-portrait titled Quarantine was a cry to the world, Emaga explains. After a vivid dream in which a vine was wrapped around her body, she was driven to share the feeling of being silenced. “The theme of the mask is very significant as it represents the taking away of our expression.” She chose to incorporate elements of nature as a reminder of our aliveness. Wild plants and flowers were plucked from the mountains she lives beside and were then woven together to become a sculptural floral face mask—the antithesis of ubiquitous surgical masks.

“I suppose that 2020 has impacted us all by these radical changes in our lives,” Emaga says. “And what covers my mouth and nose is life. That is the only mask I wanted to wear.”

Another of her powerful self-portraits, titled Byer, represents her own bare body with her face shielded by a turquoise jewelled mask dropping from her crown. It is a nod to a specific wooden statue from the Fang culture and addresses her proud African lineage.

Her control of her own image and material shows a woman neither bound nor silenced. The Art of Architectural Photography With Ema Peter

Photojournalism in the Modern Age