Audemars Piguet’s newly opened Musée Atelier is more “atelier” than the dark, dusty monument to the past conjured by the word “museum.” The structure is like the Louvre in the sense that it’s a symbol of modern architecture that holds artifacts from both the past and present. The integration of past and present is an obsession in the Swiss watch community, blending the legacy of its founders and the gizmos they invented more than a century ago with today’s modern luxury watches. The challenge is honouring the heritage without seeming stuck in the past.

Audemars Piguet blends old and new by literally carving the new building into the ancient rolling landscape outside its manufacture in the village of Le Brassus in Switzerland’s Vallée de Joux. The brand hired Copenhagen-based BIG (Bjarke Ingels Group) and Swiss architecture firm CCHE to erect a contemporary glass-walled pavilion in a spiral shape that rises out of the ground like a giant hairspring, the beating heart of a mechanical watch movement. The 25,000-square-metre space incorporates 108 glass panels and a 470-ton steel roof that is covered with soil and grass. From above, it looks like a giant snail-shaped hedge in a space that, ironically, was originally a garden. Brass mesh runs along the external surface to regulate light and temperature, and the green roof helps control temperature and absorb water. 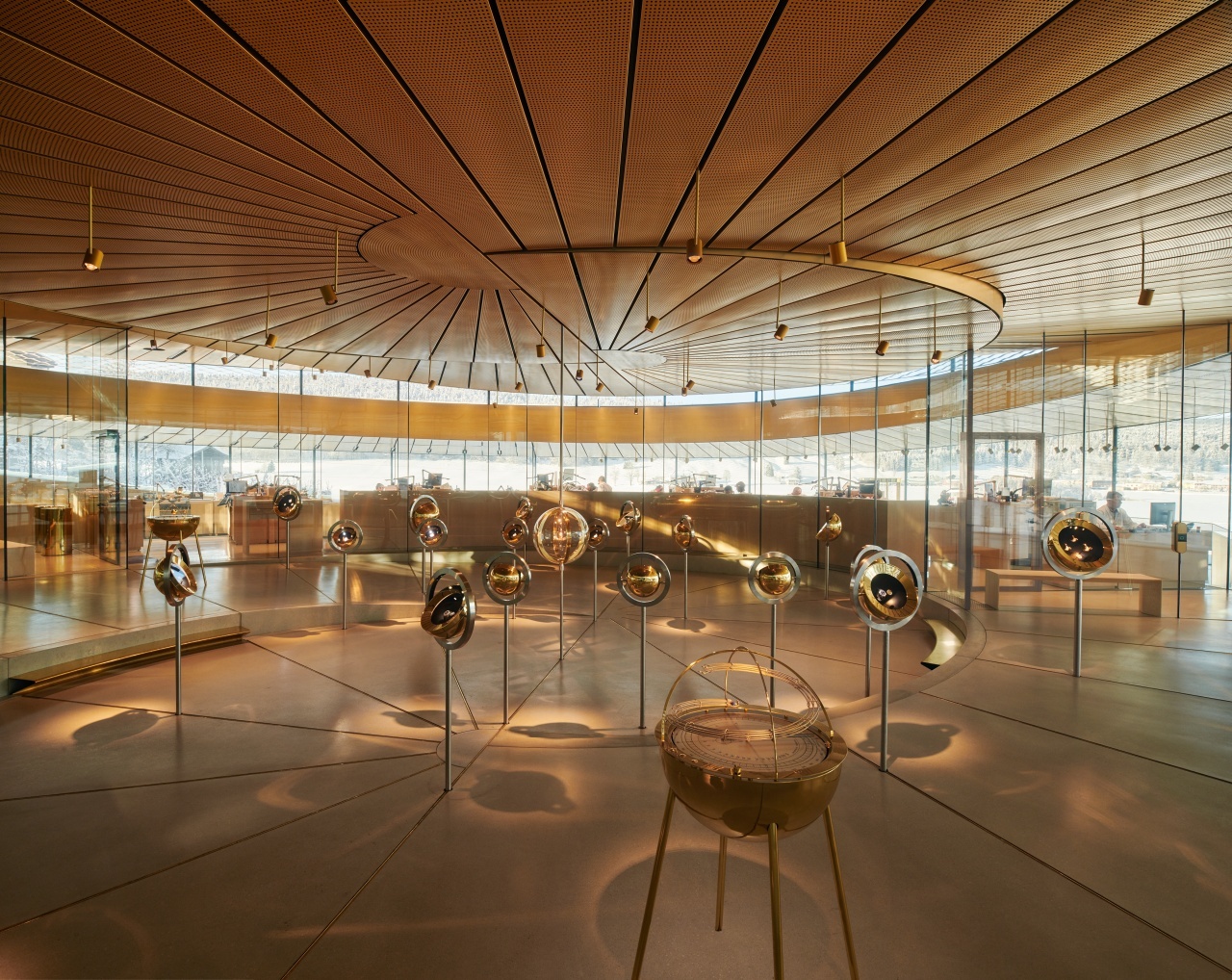 Inside, the brand exhibits some 300 pieces that represent not just its own inventions—many of the pieces were made by founders Jules Louis Audemars and Edward August Piguet—but also important watches by some of the other heritage brands that, collectively, invented Swiss watchmaking. Present and future are honoured as much as the past: five glass cases are dedicated to the company’s flagship model, the Royal Oak, including the original 1972 piece and the Royal Oak Offshore T3 made in collaboration with Arnold Schwarzenegger for Terminator 3, as well as modern masterpieces. In another deft blend of past and present, you can see the archival watch that inspired the newly released [Re]master01, the world’s first perpetual calendar with a leap year function (Audemars Piguet reference 5516). 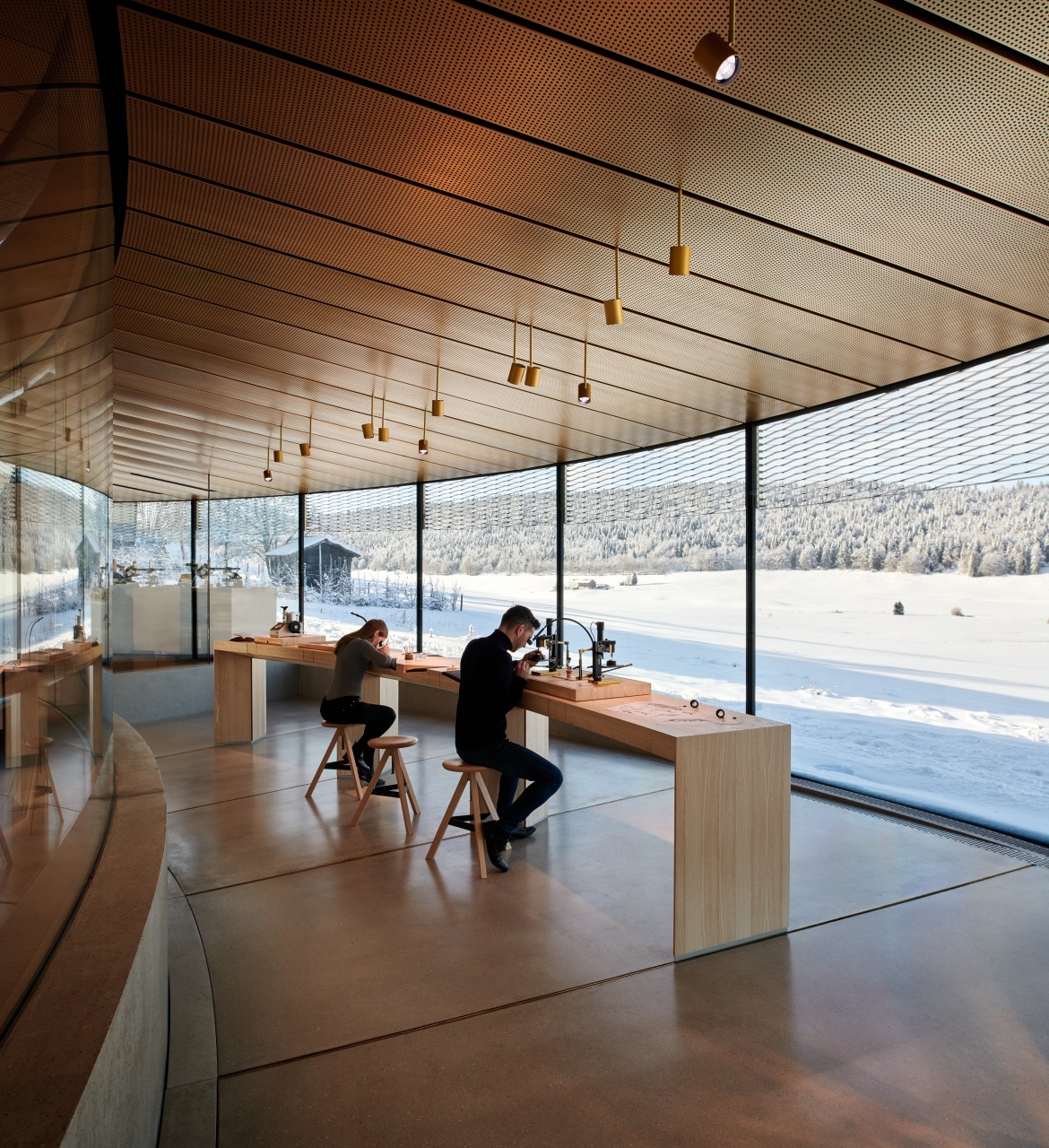 The atelier section houses a workshop where watchmakers assemble the brand’s modern high-watchmaking pieces, including gem-set watches. Visitors can watch them at work through the glass but can’t enter the space. However, in another area, visitors are invited to try their hand at traditional watch-finishing techniques such as satin brushing and circular graining. Fittingly, the Musée Atelier will also be used as an art gallery for special exhibits, including commissioned pieces from artists who are “friends of the brand.”

Audemars Piguet’s next construction project is a 6,300-square-metre hotel called Hôtel des Horlogers in the village of Le Brassus that was also designed by BIG and executed in league with CCHE. The 50-room hotel will be a welcome addition for the increasing number of watch tourists who visit the remote area, as well as cross-country skiers. It is set to open next summer. 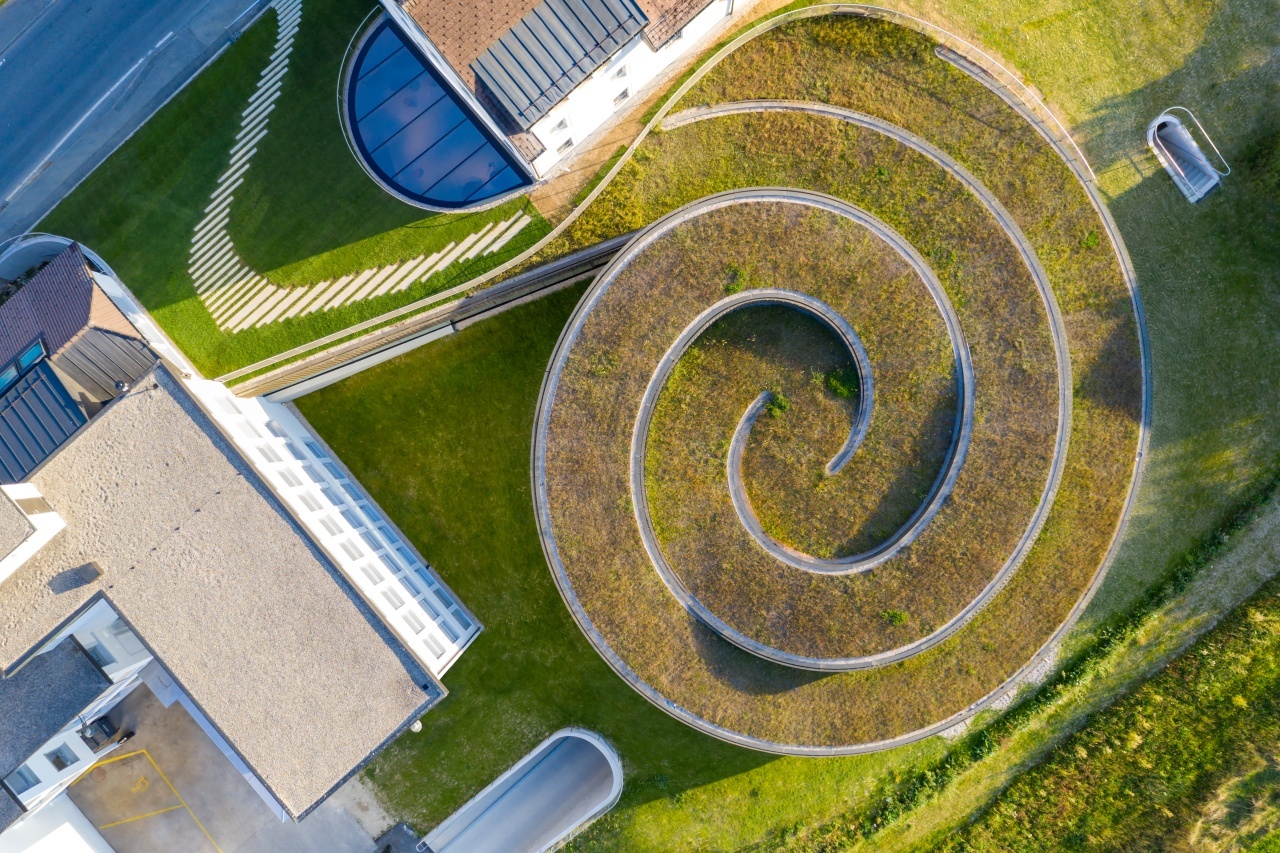 The New Era of Breitling

A Man and His Watch