For its 2019 programming the Vancouver International Dance Festival (VIDF) is presenting a diverse, eclectic collection of pieces from Vancouver as well as around the world.

“[The festival] is always about the work that Jay and I find really provocative and evocative,” says Barbara Bourget of this year’s program, assembled with her co-producer Jay Hirabayashi. In its 19th year, VIDF continues its commitment to showcasing the unique dance talent that is homegrown in Vancouver, while reaching out to the national community and welcoming some of the international scene’s very best works. With 13 shows across multiple venues from March 4 to 30, VIDF is bringing to Vancouver not just works on international pedigree, but interactive experiences intended to foster community and support expression.

One of VIDF’s standout pieces this year is the Canadian premiere of Pseudo human/Super human from Japan’s butoh ensemble, Dairakudakan. Helmed by acclaimed choreographer and director Akaji Maro (featured in films such as Kill Bill), the butoh group is known for their dark and sometimes shocking pieces. VIDF presents another Canadian premiere with Tjimur Dance Theatre’s Varhung – Heart to Heart from Taiwan. Choreographed by Baru Madiljin, the emotive piece incorporates movement and storytelling from Taiwan’s indigenous Paiwan culture. It’s critical to Bourget and the team that VIDF brings not only international voices, but also diverse stories. “Every year we put a lot of effort into finding people who are really exceptional in what they do in the a really culturally diverse realm,” explains Bourget. 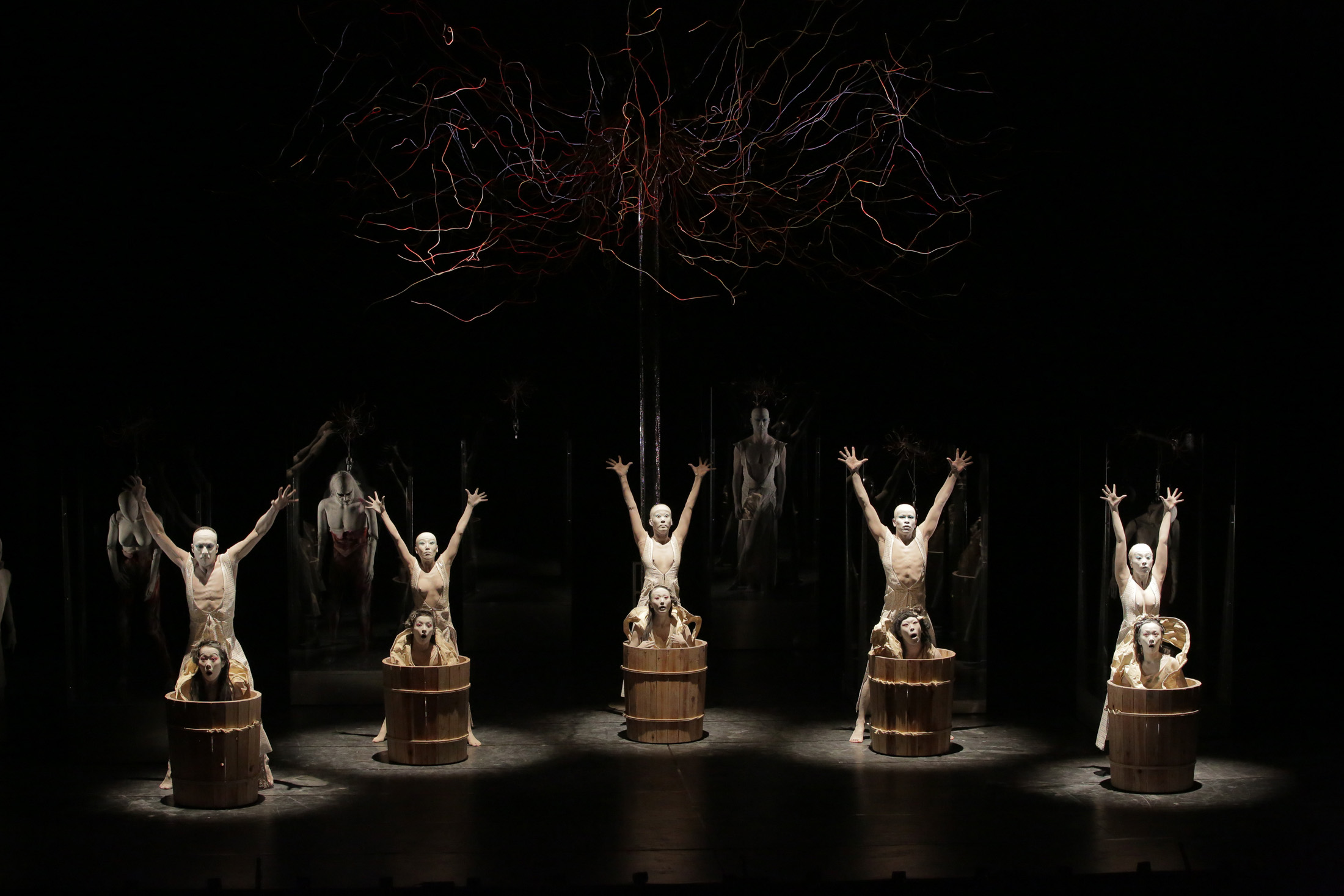 This commitment to diversity holds special importance when showcasing performers from our own country, especially local programming. “We’re quite isolated on the west coast; it’s more difficult [for us] to get to Europe than, say, people on the east coast of Canada,” says Bourget, “but Vancouver has always been a hotbed of talent.” That talent is certainly on display: Vancouver’s Michelle Olson of Raven Spirit Dance brings to the festival Gathering Light, a meditative dance experience that focuses on the connection between performer and audience, while Bourget highlights local choreographer Daina Ashbee’s Serpentine (an installation performance on repeat that acts as a summation of three of her previous works) as an outstanding addition to the festival.

After nearly two decades of presenting critically engaging works, VIDF has earned its place within an international registrar of dance. “There is so much here … Vancouver has a very strong reputation in the greater dance scene,” says Bourget. “We have a lot of people who want to come here and be represented—[those from] Europe, Australia, Africa, and people all around the world have heard about the festival. One of the things we wanted to do was put Vancouver on the world map of dance and I think we’ve achieved that.”

Vancouver International Dance Festival runs from March 4–30, 2019 at multiple venues across the city.