What happens when you mix the paintings of famed surrealist René Margritte with the campy splendor of 1984’s Splash starring Tom Hanks and Daryl Hannah? Renata Kaveh was determined to find out. The result? The Upside Down, a conceptual photoshoot that follows a subject whom Kaveh describes as a “displaced Mercurial Being” across an uncanny landscape, altered with all the magic that studio photography provides. 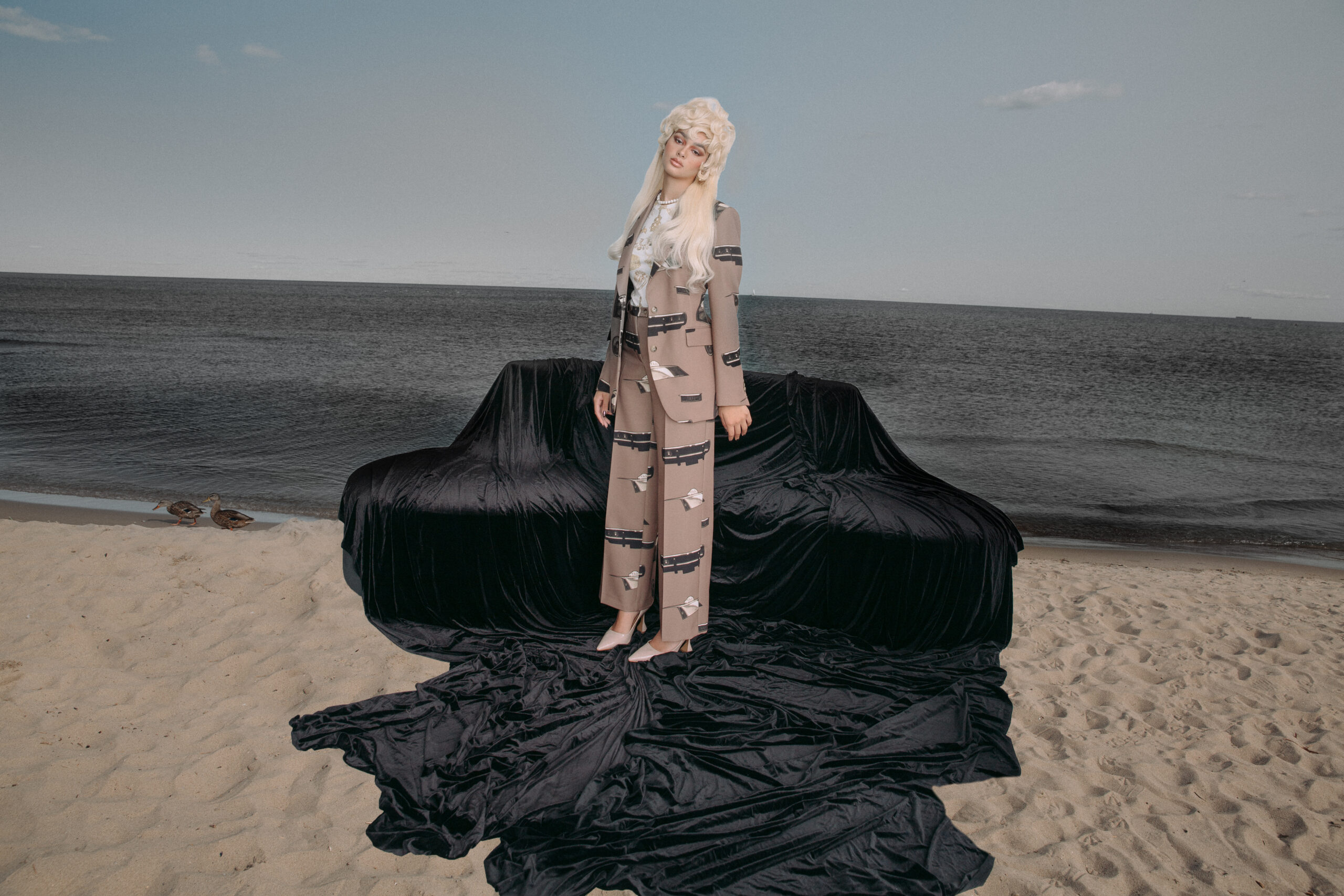 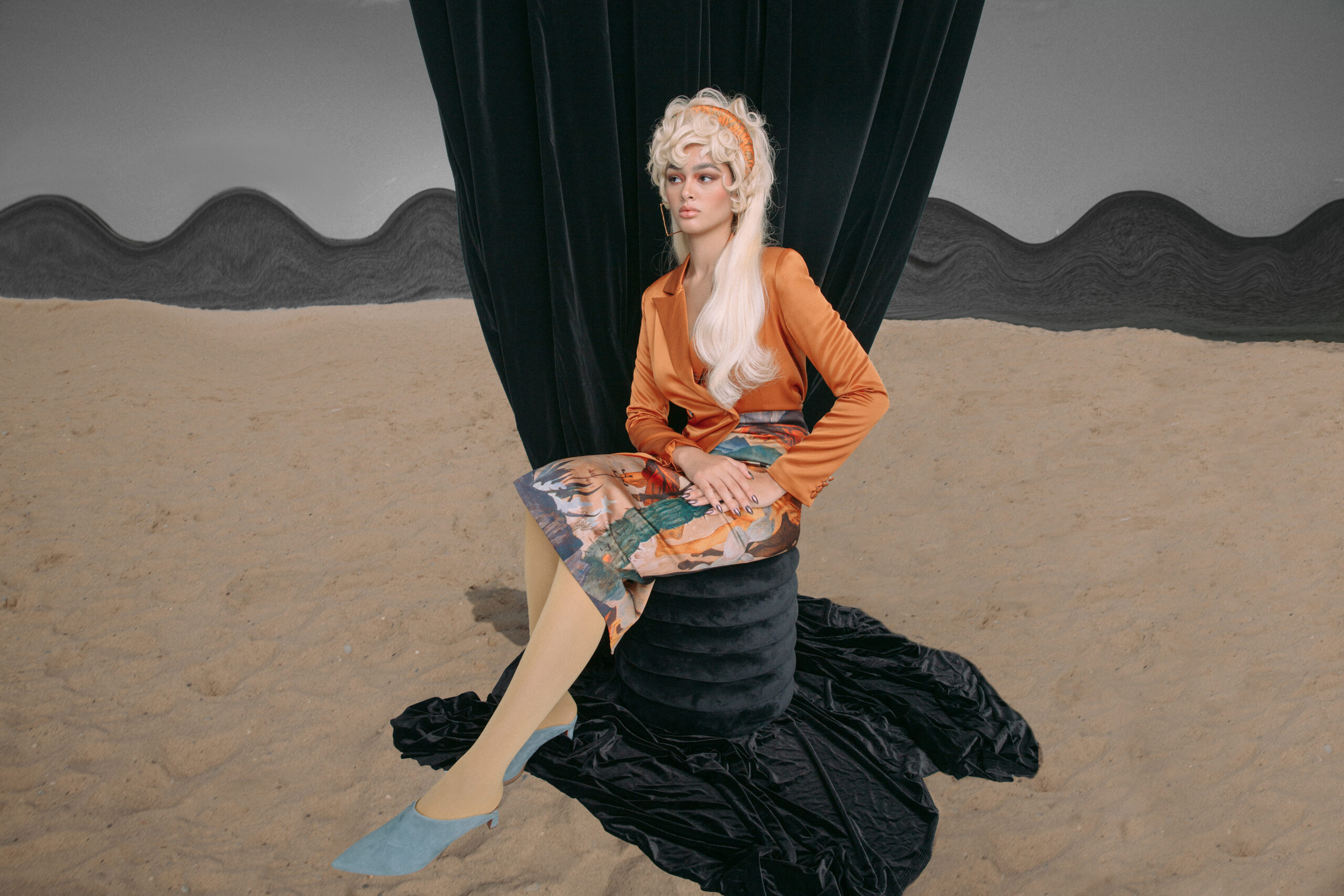 Kaveh is an experienced fashion photographer with a surreal style that has been recognized internationally. Her career took off after an invitation to a renowned gala, which she says she thought was a mistake at first. Since then, she has worked with such magazines as Vogue and Elle and recently created a series of self-portraits for S/ Magazine to support the Canadian Mental Health Association. 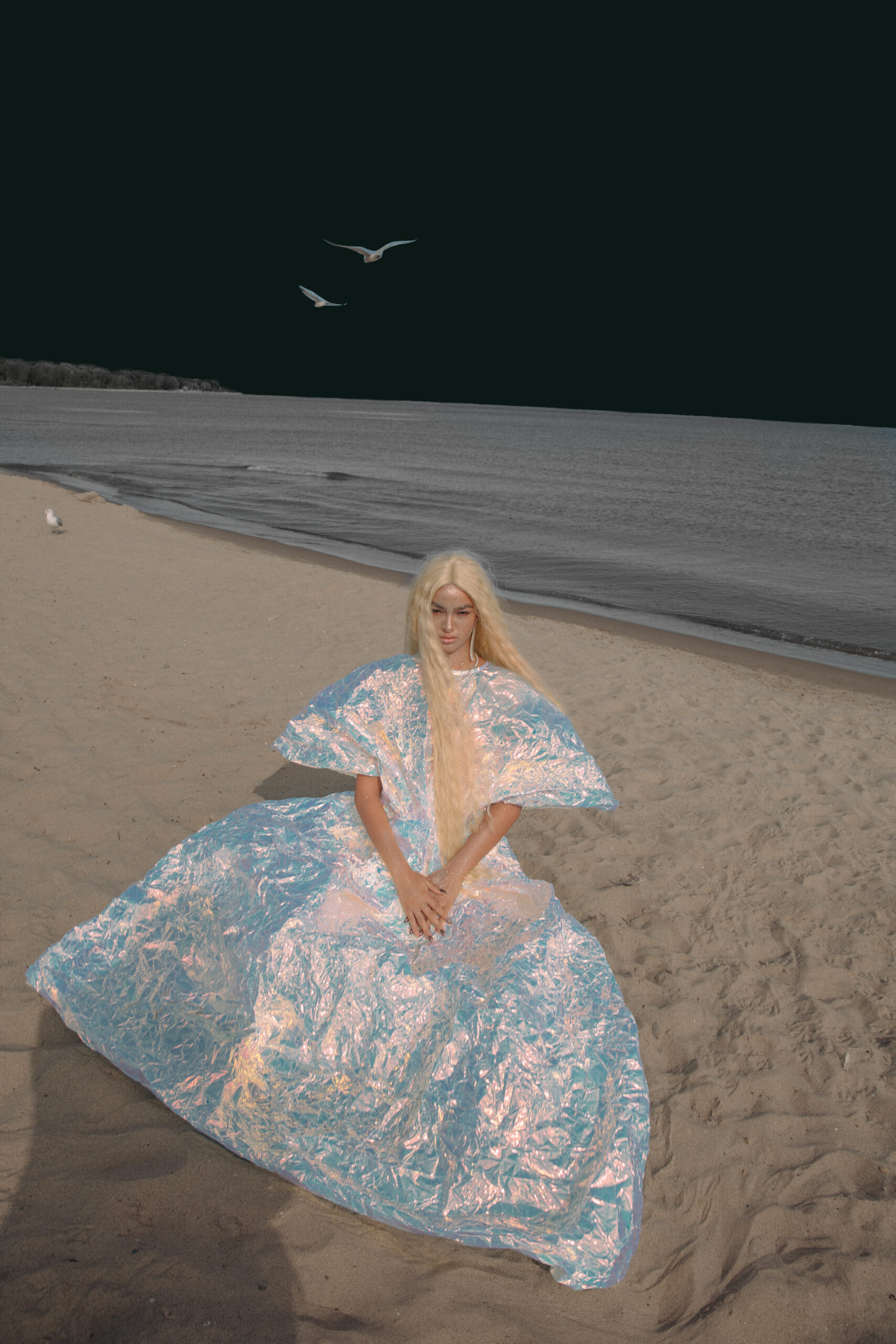 “I enjoy shooting women,” Kaveh says over the phone. “I love putting women on pedestals. And I think it’s important that you start from a place of kind of respect and admiration in terms of storytelling, and I think that’s always been the launching pad or the space where it unfolds. And then the rest just feels like magic after that.” 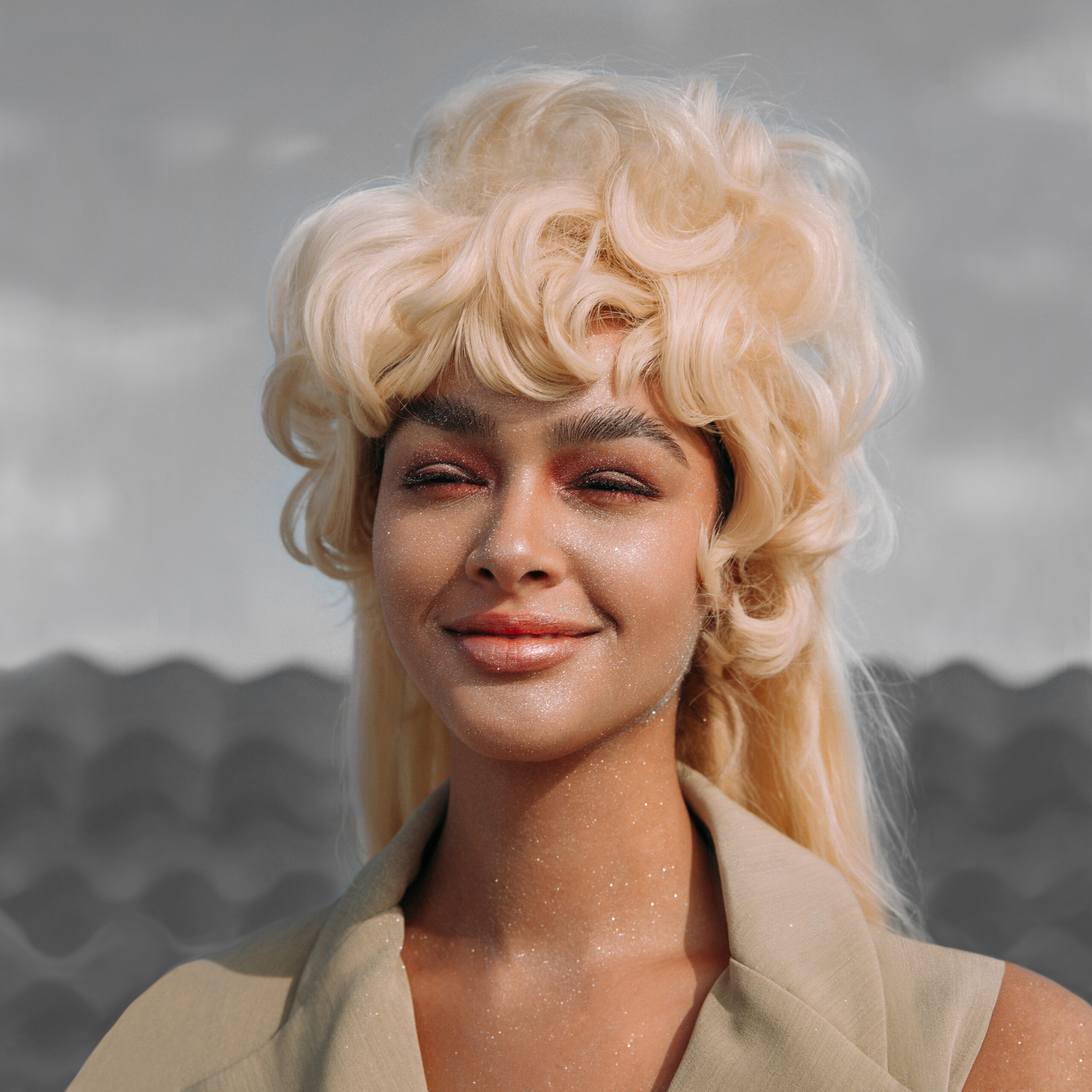 For The Upside Down, Kaveh was approached by co-collaborators Chad Burton (stylist), Robert Weir (makeup), and Justin Rousseau (hair). Their plan was to do a shoot around an “un-fetishized fetish suit,” and Kaveh jumped at the opportunity. 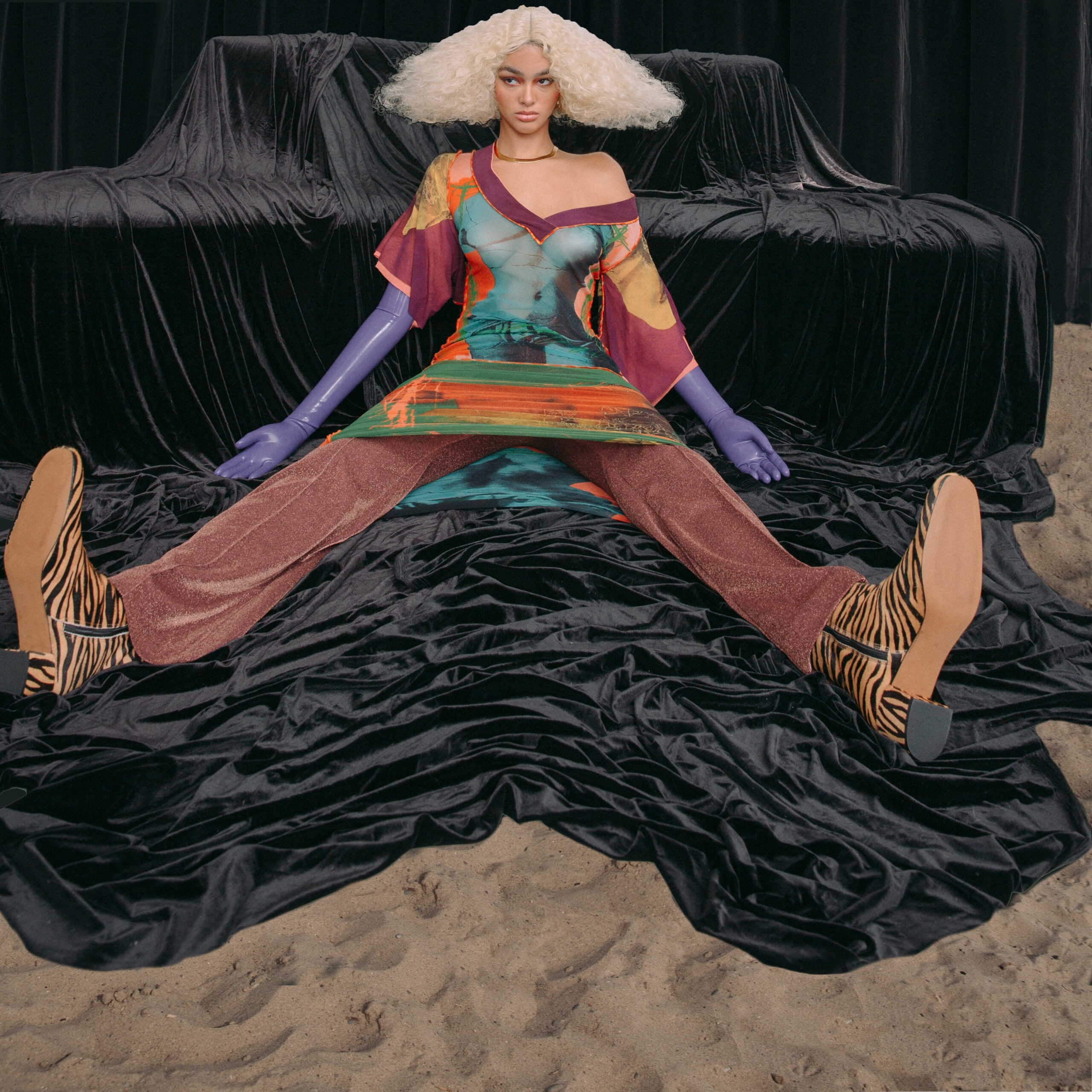 The shoot tells the haywire visual story of a displaced being, moving among darkly lit and beachy backgrounds that bring to mind Twin Peaks with a disco twist. This is a dimension of collage-like depth that brings out the contradictions of the subject and subverts the tropes of fashion photography more generally. A vibrant sexuality is coupled with an otherworldly awkwardness in the various incarnations of the Mercurial Being, who goes from glittery-faced smile to black full-body leotard to being covered only by a long ’70s-style wig. 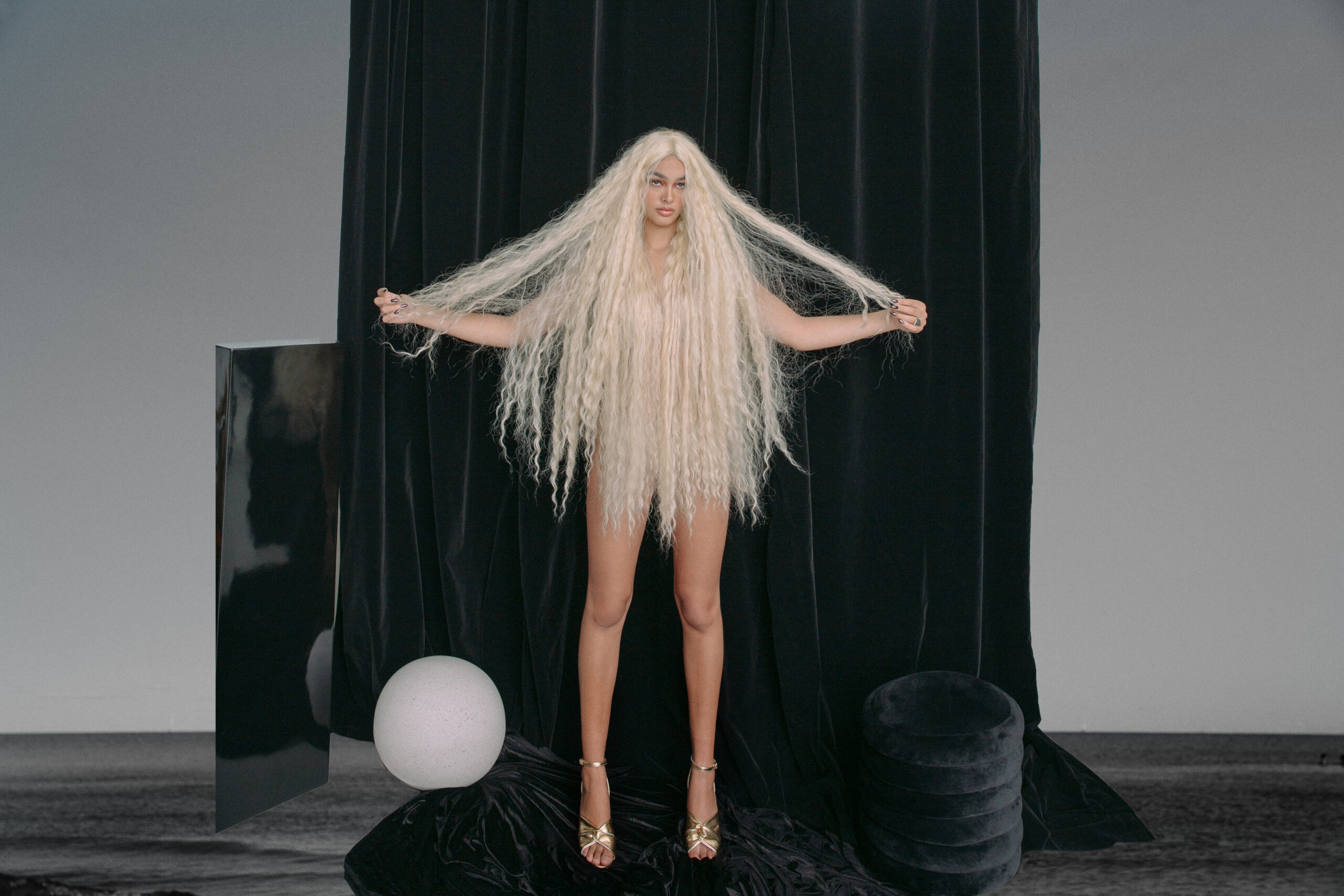 “I love the idea of disrupting expectations. And then, obviously, we like to fuck with the timeline, to disorient,” Kaveh says with a mysterious laugh.

The Mercurial Being, modelled skillfully by Alexis Carrington, at times is taken over by the background, as if she is trying to recede but is constantly being pulled back by the camera. There is a tension, tragic and captivating, between the glitz and reflective material and the need to disappear from view, to become obscure. 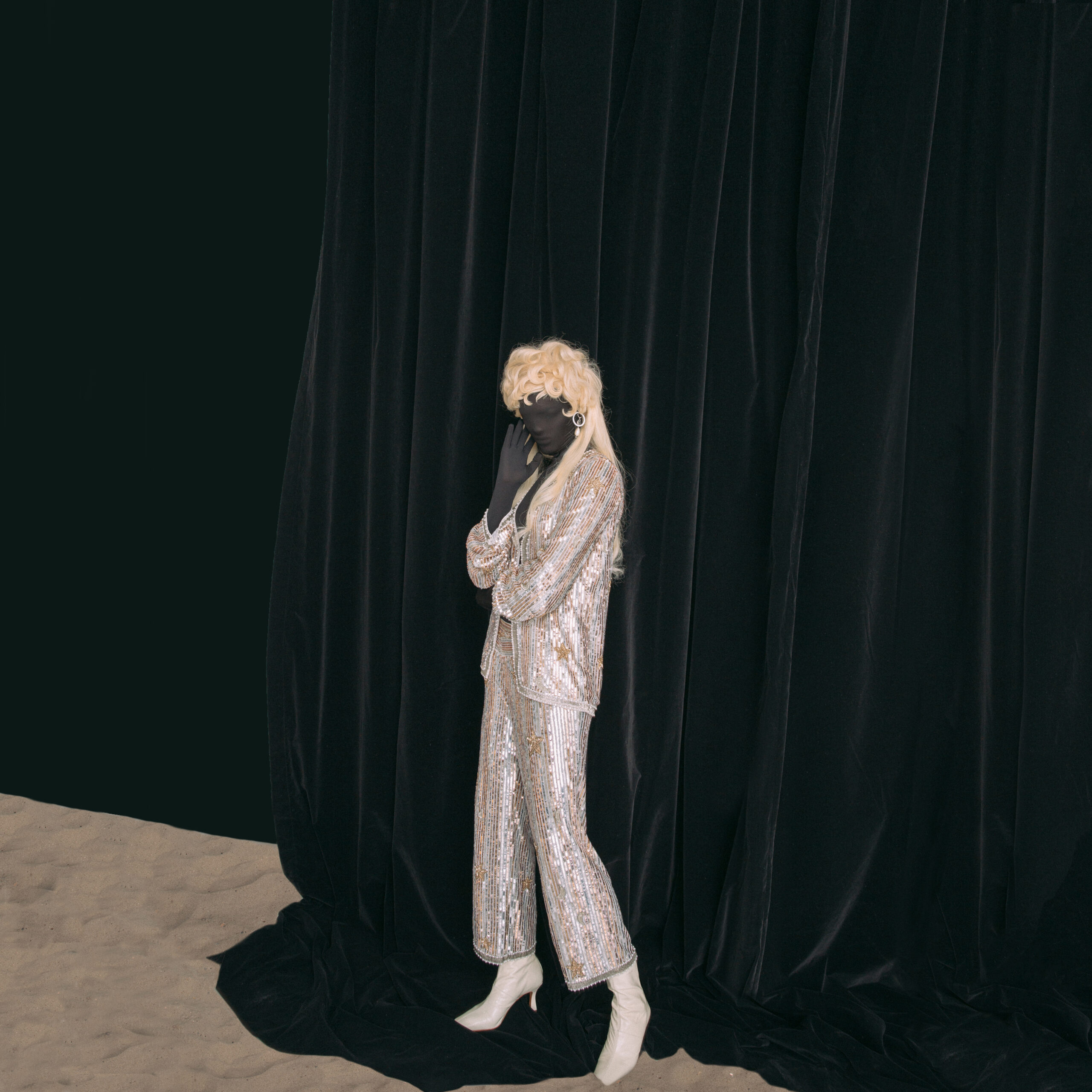 Just like the best of surrealism, the photo series depicts a psychic dynamic. Here, one sees the contradictions of social media identity at play in the competing pulls in the radically singular aesthetic of the Mercurial Being. 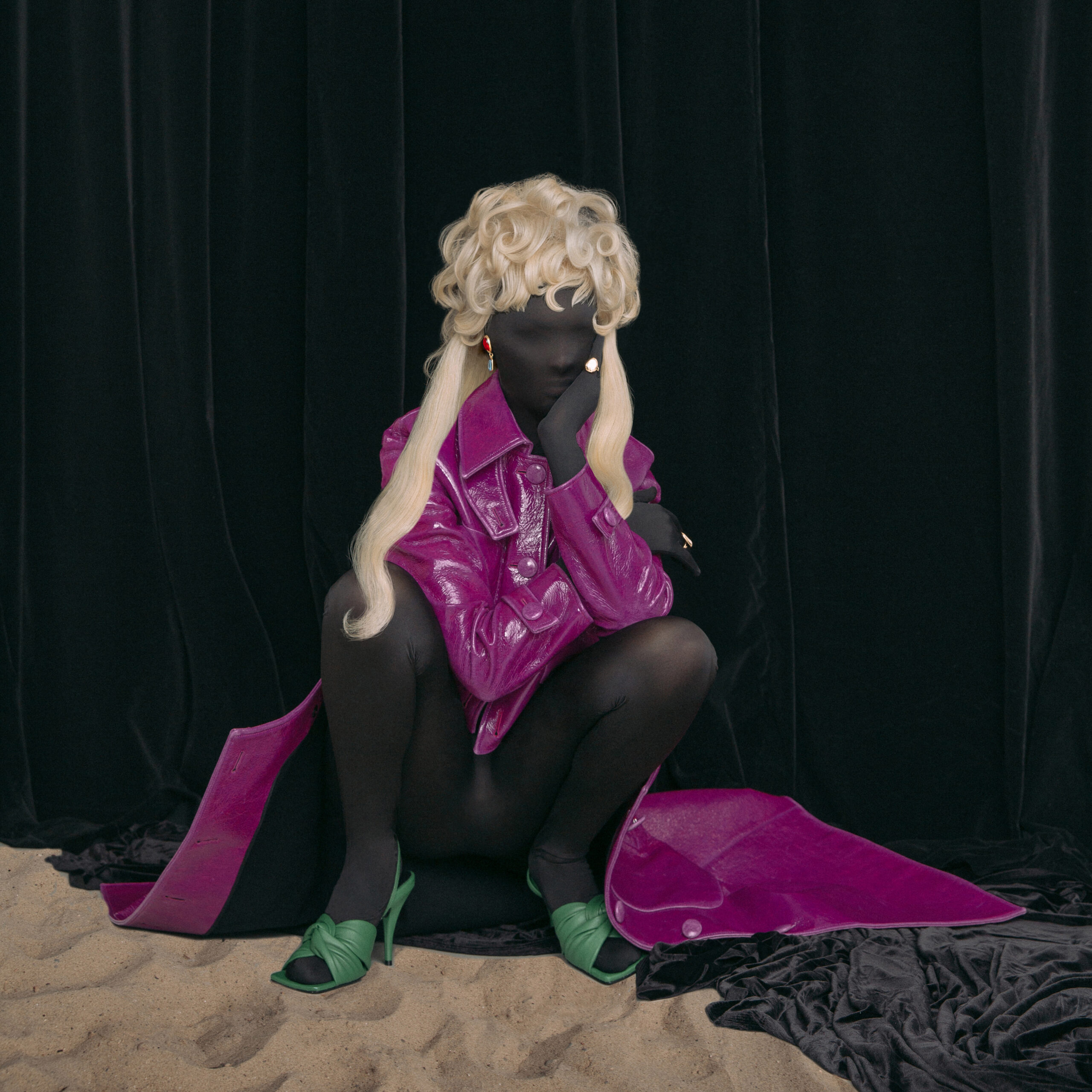 “She’s not quite from this world,” Kaveh says, and Ziggy Stardust, who proved that a futuristic aesthetic of loneliness can be comforting, comes to mind. 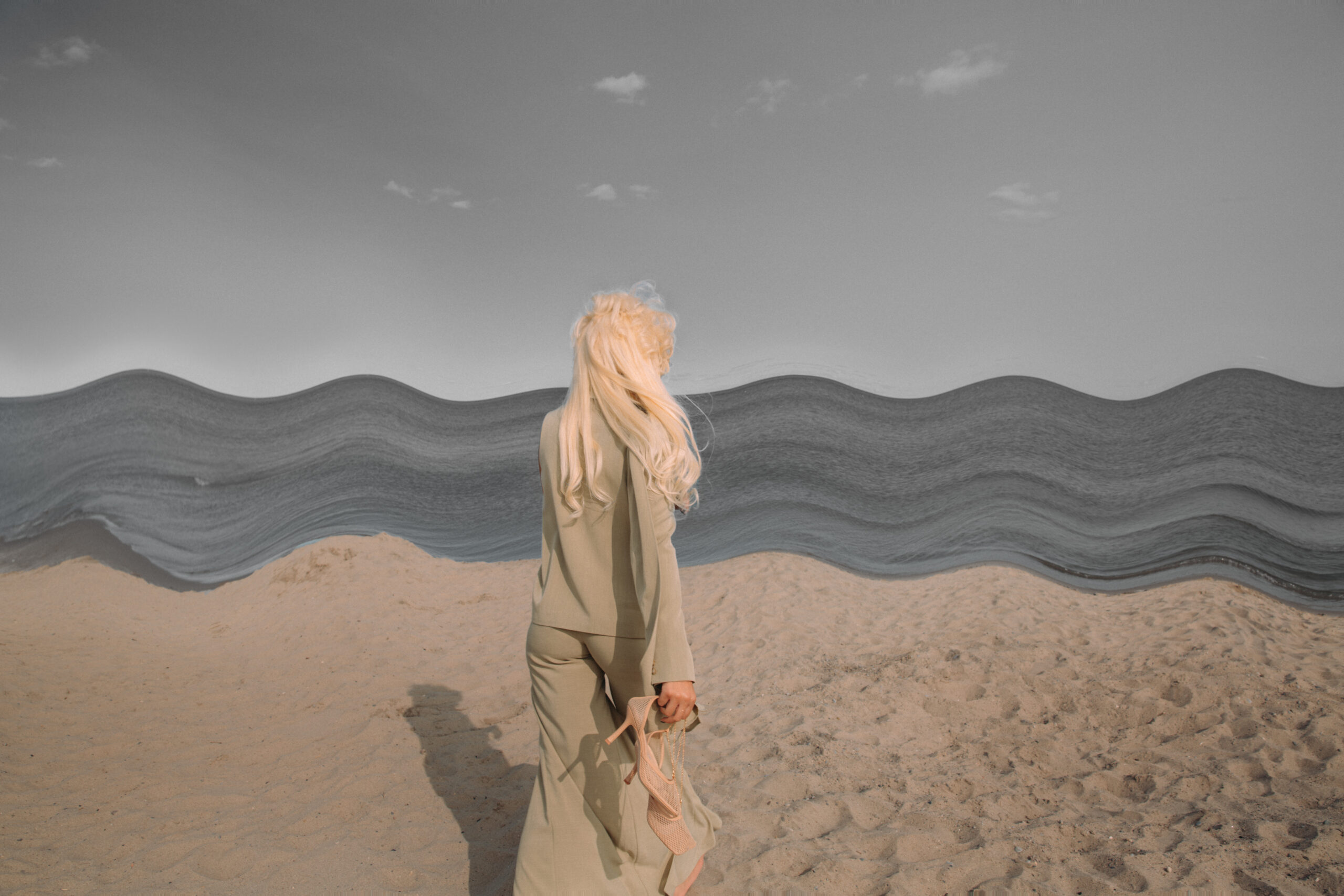 Paul Durand-Ruel and the Impressionists